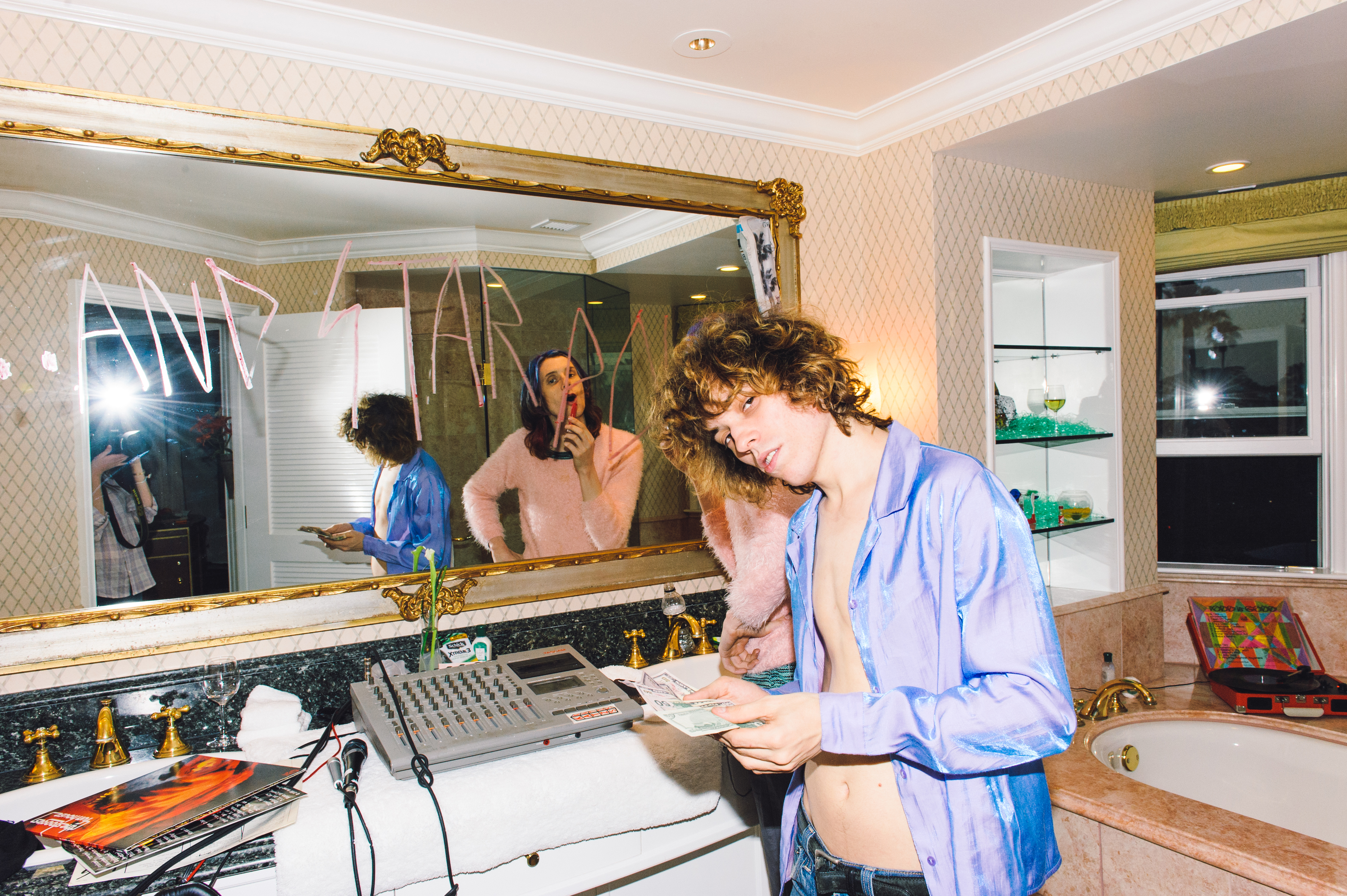 (photo: Cara Robbins)If you’re a Foxygen fan, then you already know the new album, “…And Star Power” is out of this world. As timing would have it, the band made their way to Denver's Bluebird Theater in support of the album, released just a week ago.

Foxygen had to cancel several tour dates last year in Europe for the creative health of the band, and again after singer Sam France broke his leg on stage in Minneapolis. Speculations arose about the overall stability of the band; however their absence was less about feud and more about focusing their efforts on the new album.

Despite their appearance in Denver toward the tail end of their fall tour, Foxygen upheld a level of intensity hardly seen at contemporary music shows anymore.

The concert opened with a song from "Top Gun" as the band walked on stage. Then the band began punching into the piano driven single from the new album, “How Can You Really?”

The now nine-piece band has really emerged as a live act. France owns the stage like a vicious hybrid of Jim Morrison and Mick Jagger, but comparisons like these are easy to make.

France stands next to his own shadow, not in others', as he fights his way through the set list, dancing and falling and general wildness and wrapping the mic cable around his shoulders and neck. Jonathan Rado, co-founder of the band, bounces near the synths he pounds down on the keys.

There’s so much going on stage that one is remiss for spending any amount of time hoping to capture the essence on his or her phone. The band was so large and powerful in sound, with the visual assistance of three choreographed back-up singers and France’s antics.

Following the show, as the crowd left the venue, rumblings of praise flew about along with claims of seeing crazier shows elsewhere and that Foxygen was better a year or two ago. However, Foxygen and Star Power performing with high energy was a sight to behold.

My counterpart remarked during the show that we were seeing something special: a band in their prime at a time when their foundation is everything unknown.

The young group—so young that several members had black X’s over their hands—sent twisted elephantine vibes through the Bluebird. Their first album, produced by Rado, is a nice compliment to any Foxygen fan’s musical library. Try this song.