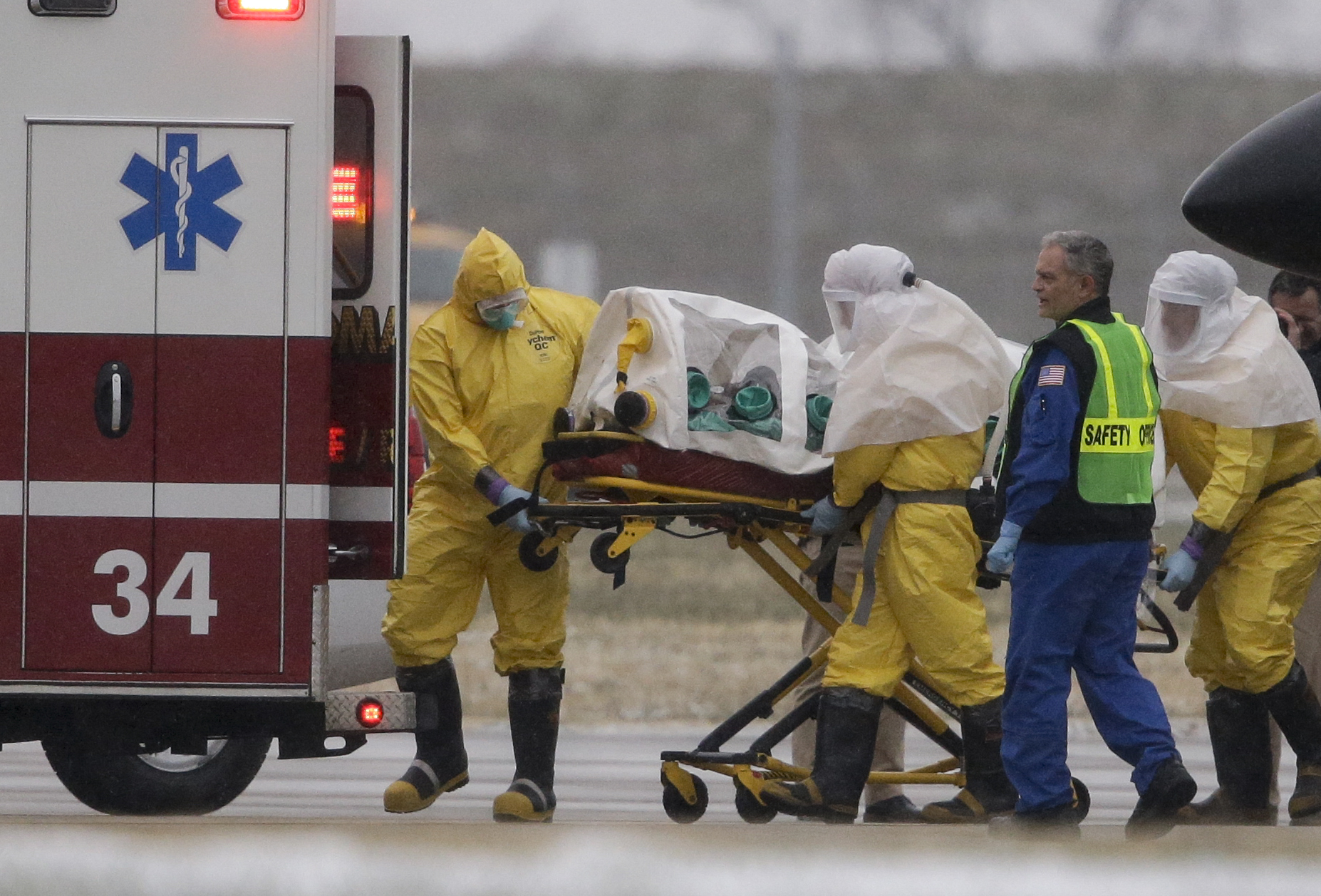 Colorado hospitals are preparing for the possibility of treating patients with Ebola. With that comes some ethical questions, like who should care for those who might be carrying the highly contagious disease.

Barron said she was pleased with the response.

“We had a really large response of individuals who felt that this was … something they wanted to do,” Barron told “Colorado Matters.”

Not everyone was comfortable making that commitment, Barron said. But she said there’s been an understanding among the staff.

“Everybody’s been very respectful of the fact that individuals have to make that choice,” she said.

To make staff as safe as possible, CU Hospital -- like other hospitals and clinics statewide -- is training employees to use the “ask, isolate, inform” protocol from the Centers for Disease Control. That means patients who visit the hospital, even for unrelated issues like a flu shot or cholesterol screening, will be asked if they’ve recently visited any Ebola-stricken countries, like Liberia. If a patient is displaying symptoms, the hospital will isolate them and notify the health department. (Isolation and quarantine are not synonymous; what happens with such a patient later depends on that person's diagnosis.)

“[We’ve] really thought a lot about the different scenarios that might arise so we can make sure that our staff feel comfortable,” Barron said.

Dr. Matthew Wynia, director of the Center for Bioethics and Humanities at the University of Colorado, and an infectious diseases specialist at the University of Chicago, said any hospital should be capable of treating early-stage Ebola patients. He said, however, that as the epidemic has evolved, experts have realized that only certain hospitals are equipped to treat patients with advanced stages of the disease. Ebola doesn’t become highly contagious until its later stages, he told “Colorado Matters.”

Wynia also touched on recent research into a “mild” form of Ebola.

Research on patients in Africa has shown that some people get mild cases of the disease and "walk out of the hospital three weeks later," Wynia said. He added that some people test positive for the disease, but develop antibodies and never show any symptoms.

"Those folks seem to be immune," Wynia said. “We don’t know how often that happens. But it appears that it could happen fairly often.”

Wynia wrote in the Denver Post recently that such immunity could have implications on the ground.

An October article in the scientific journal, The Lancet, showed that the existence of asymptomatic infections could reduce the impact of Ebola by one-half from the worst case scenarios laid out by the World Health Organization.

Those who develop immunity could also be an important resource for health workers in Africa. “If these are a population of people who can do so much more safely, there would be rationale for seeking them out and training them to be caregivers,” Wynia said.