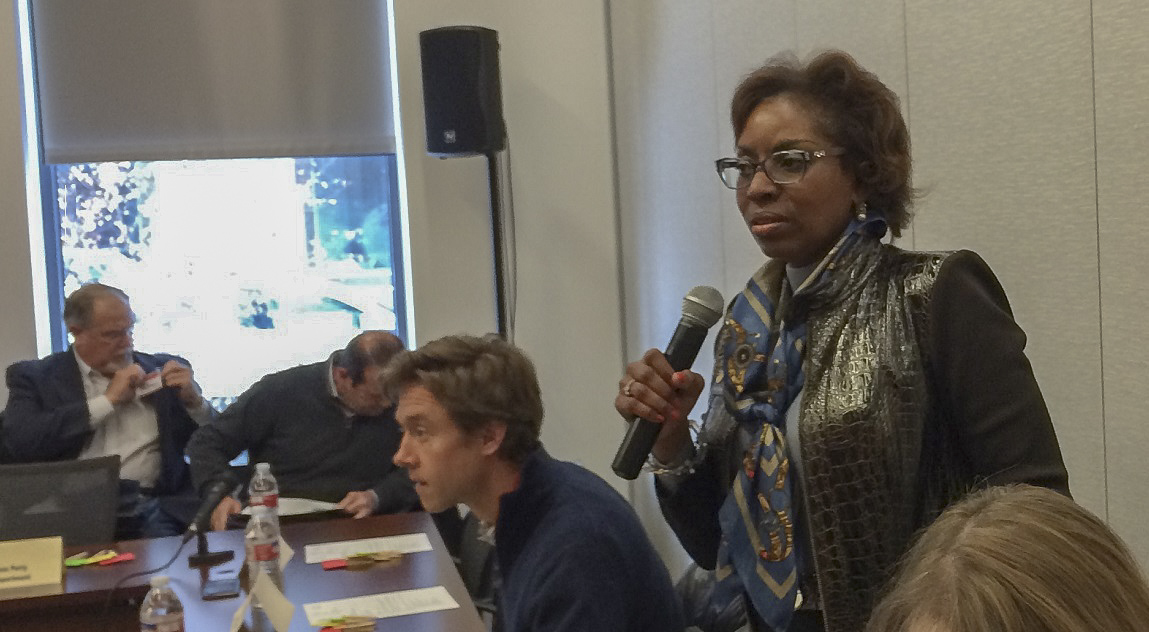 The two Democrats said they wanted to find ways to improve ties between police and citizens. Among the 40 invited guests were Denver Police Chief Robert White, a number of district attorneys, representatives from the Colorado Criminal Justice Reform Coalition and the NAACP chapters of Denver and Aurora.

“All across the nation, we see a gap in trust between the police and our community and I think we’ve reached a point of crisis,” she told the group.  “I think it’s time for us to have a meaningful dialog right here in the state of Colorado,” she said.

Much of the discussion focused on longstanding concerns in Denver and across the country that police treat whites differently from minorities. Frank Gale, of the local Fraternal Order of Police, said everyone has biases, but good officers are able to see beyond their own biases.

“The vast majority of rank and file police officers do try and go out and do a good job and they try to treat people fairly,” Gale said. “But that doesn’t mean there aren’t some out there that are trying to pursue some biased agenda.”

Community activist Brother Jeff Fard told the group that Denver didn’t have to look farther than its own backyard to find cases of African Americans who died at the hands of local law enforcement. He pointed to Marvin Booker, a street preacher who died while being restrained by Denver sheriffs’ deputies and to Marvin Childs, a developmentally disabled teenager who was shot by Denver police in 2003.

“When I think of how we engage, we can erase Ferguson right now and just talk about Denver,” Fard said.

But Chief White said improving trust wouldn’t be possible if police and citizens groups continue to view each other with contempt. He said the key to progress was finding a way to have an open and honest discussion built on respect.

Organizers said one goal of Monday's meeting was to look for opportunities to expand or invest in training for law enforcement to head off future incidences of violence between police and citizens.

The roundtable discussion came on the heels of a race and justice forum held Dec. 19, hosted by Denver Mayor Michael Hancock at the History Colorado Center. Hancock called for that meeting on the heels of student protests in early December over recent grand jury decisions not to prosecute police officers in the shooting deaths of black men in Ferguson, Missouri and New York City.