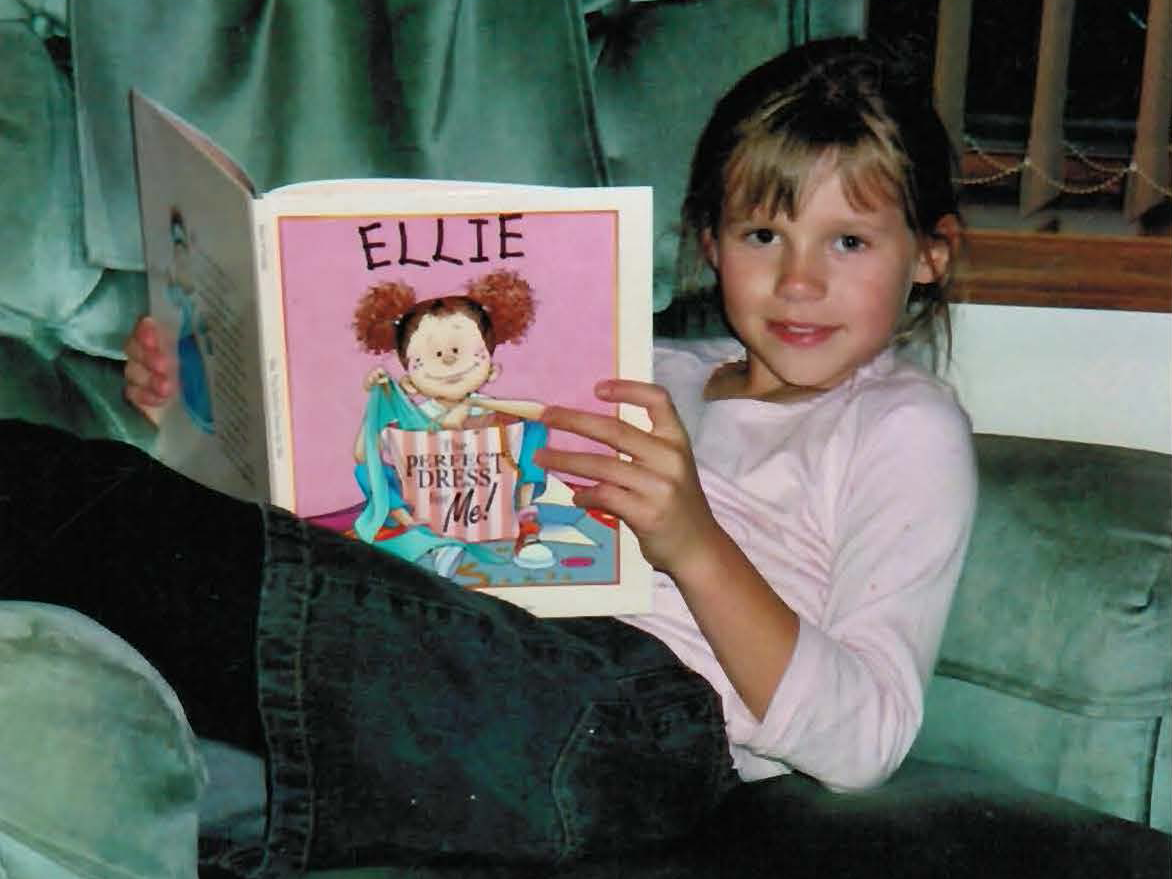 (Photo: Courtesy of Hemmelgarn family) Carole Hemmelgarn, of Highlands Ranch, is on a mission to help medical professionals avoid errors. She's had first hand experience of how, she says, the healthcare system failed her family and ultimately her daughter.

“I had a 9-year-old daughter, named Alyssa, and she was diagnosed with leukemia on a Monday and she died 10 days later,” said Hemmelgarn.

From skiing to the hospital

While skiing one day in 2007, Alyssa seemed lethargic. She had swollen glands and a cold sore that wouldn’t heal. Hemmelgarn thought she had mono. But soon, Alyssa was admitted to a Denver-area hospital, diagnosed with leukemia. A week later, she was having her best day since being admitted. They walked around the hospital, watched a movie, but then things took a turn.

“She started failing probably about six o’clock," said Hemmelgarn. "When I say failing, her belly was hurting, her behaviors were changing. She wasn’t comfortable.”

In her chart days earlier, one of her providers had noted Alyssa seemed “anxious.” Based on that, a doctor in training prescribed her the anti-anxiety drug Ativan.

The hours passed. Alyssa's blood pressure started to drop and her pulse raced. “She was failing in so many other ways," Hemmelgarn said. "The medication wasn’t helping at all because that's not what the issue was.” 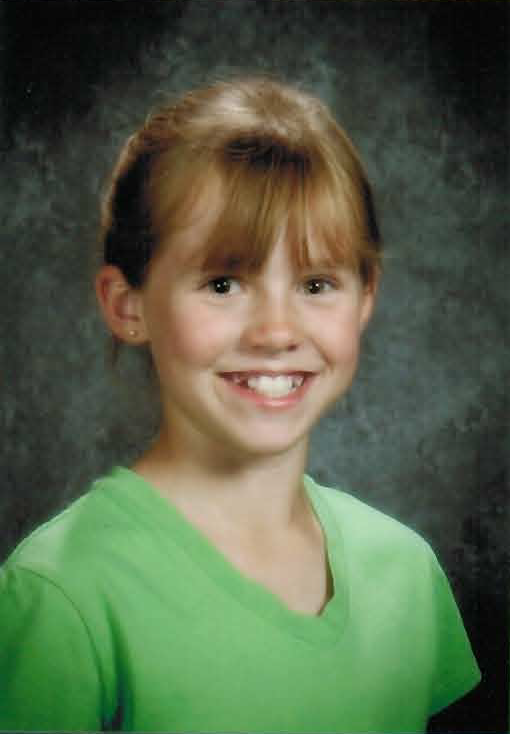 (Photo: Courtesy of Hemmelgarn family)By morning, the situation was dire. Alyssa’s Dad grabbed his daughter's foot. It was ice cold. Hemmelgarn yelled for someone to do something. Alyssa was rushed to an intensive care unit, then into surgery.

“She was brought back to us and we were told that she would not live," said Hemmelgarn.  "We had to make the decision to let her go.”

Hemmelgarn said Alyssa had a severe hospital-acquired infection, known as C. diff.  She calls it a classic case of “failure to rescue.” Those caring for Alyssa failed to spot critical lab results and respond appropriately and quickly enough.

“It wasn’t the cancer that killed her. It was medical errors,” said Hemmelgarn.

Hemmelgarn agreed to talk to CPR News provided she wouldn’t discuss the specific hospital, which she said eventually apologized for her daughter’s death. She said the hospital has since made significant changes: new protocols, pediatric early warning systems, a rapid response line and teams that can be activated by a patient’s loved ones.

“Me, as her mom, I should have been able to make a call," Hemmelgarn said. "It’s just that at this time that piece of it was not there.”

﻿A mom on a mission

Hemmelgarn, now a patient safety advocate and speaker, is on a personal mission to teach others about medical errors. Recently she met with a group of young doctors at a hospital in Denver. The heart of her talk focuses on Alyssa’s story. She discusses communication, listening to a patient’s family and not “anchoring” in on an uncertain diagnosis. 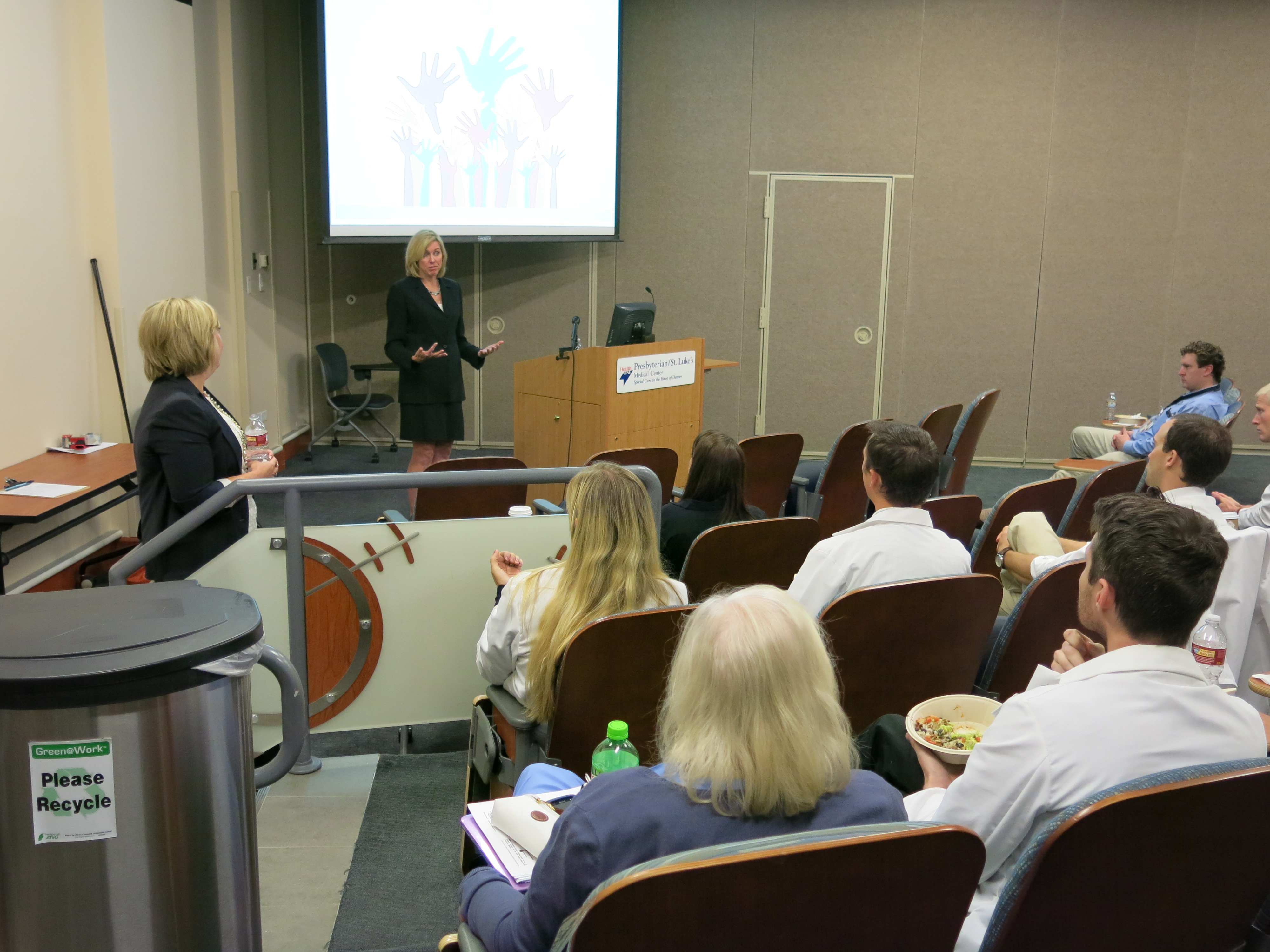 (Photo: CPR/John Daley) “It’s hard to quantify all the ways that [story] sinks in,” said Shelly Dierking, who directs patient safety curriculum at various Colorado hospitals. She said Hemmelgarn’s presentation has a lasting impact on the medical professionals.

“It’s huge," said Dierking. "I call it connecting the heart with the head."

Hemmelgarn’s presentation couldn’t be more timely. A 2013 study estimated as many as 400,000 Americans die from medical errors each year. That figure would rank it in the top three leading causes of death, behind heart disease and cancer. Those errors cost roughly $20 billion nationally, according to a study by Milliman, Inc., commissioned by the Society of Actuaries.

Donna Kusuda, who chairs the advisory board of the patient safety group Think About It Colorado, said medical errors are one factor in ballooning healthcare costs. For instance, she said, the cost of an infection involving a central line, which is an IV line inserted into a large vein, can be nearly $50,000.

“All of these medical errors that occur really do increase the cost of care,” said Kusuda.

Meantime, due to the Affordable Care Act, hundreds of thousands of Coloradans, like millions of Americans, now have health coverage. Many have it for the first time. With the expansion of the healthcare system, patient safety has even more urgency, said Dr. Brian Dwinnell, who leads graduate medical education at Denver’s Presbyterian/St. Luke’s hospital.

“Throwing more patients into a system that isn’t working perfectly clearly exacerbates the situation," said Dwinnell. "People are putting even more energy into it now.”

Carole Hemmelgarn’s energy is focused intensely on patient safety. After Alyssa died, every morning she’d go to her daughter’s bedroom to apologize for what happened. And, believing it could make a difference for another family, she started sharing her story.

“We know that storytelling in health care is very powerful," said Hemmelgarn. "It’s stories that will help keep our patients safe.”

New data out this month shows patient safety in Colorado is a mixed bag. But, it’s hard to know how many lives and dollars are lost in Colorado due to medical mistakes, according to Heidi Wald, a national expert on patient safety at the University of Colorado’s School of Medicine.

“It’s super hard, simply because we don’t know about all of the errors," said Wald. "If we knew those errors, we actually don’t know how many of them reached the patient and resulted in an adverse event.”

It turns out it’s a really complicated question. Often, it’s hard to tell if someone died, or suffered a setback, because of a failure in healthcare delivery, or because of the underlying disease.

A variety of health facilities are required to track things like injuries and infections. But sometimes it’s not clear if, say, an infection originated inside a facility or outside. What’s more, Wald said, historically providers have been hesitant to report mistakes.

“One of the tensions that exists in the healthcare industry is that there’s disincentives to report because the consequences for people’s careers are significant,” said Wald.

Those, she said, can include financial ramifications for the individual or their employers. It’s a balancing act: Providers want to identify systemic weaknesses and habitual offenders while avoiding blame.

“If you were to hold everybody accountable for every simple lapse you’d have nobody practicing medicine," Wald said. "Everybody is going to have a lapse at some point.”