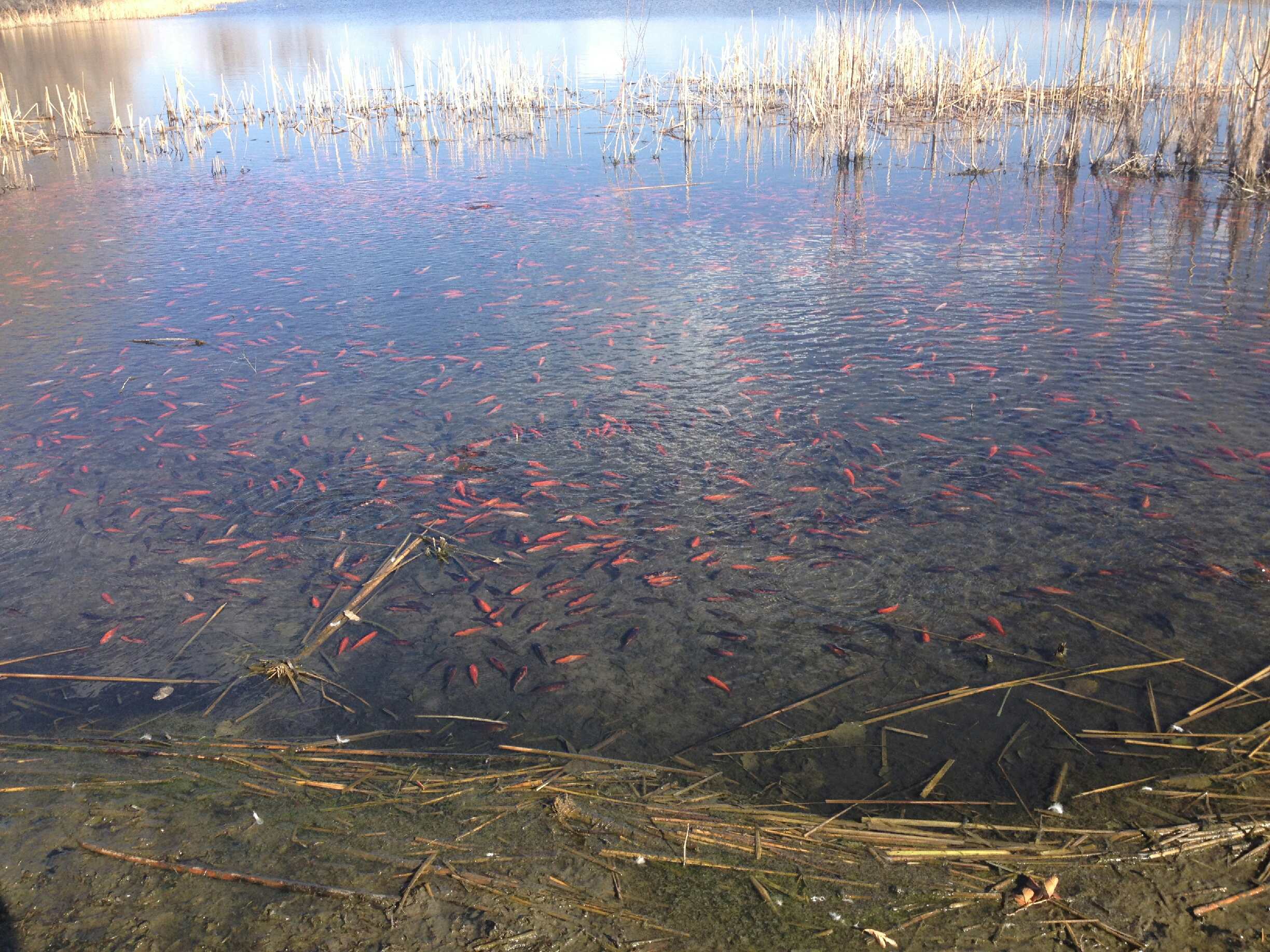 (Photo courtesy Colorado Parks and Wildlife)The massive school of Boulder goldfish in Teller Lake No. 5 is no longer such a big deal.

The once estimated 3,000 to 4,000 goldfish -- which were believed to be spawned from the type of goldfish available at pet stores -- were a non-native species to the lake and threatening the ecosystem. But according to recent estimates by Colorado Parks and Open Space, there are just few left in the lake this week.

"At this point we think this problem has solved itself," said Jennifer Churchill, a spokesperson with Colorado Parks and Wildlife.