From Boulder to Colorado Springs, May rain set new records for many parts of Colorado, and the country.

All that precipitation is bringing change. Southeastern Colorado is no longer in severe drought. And in South Park, a once-parched meadow is now lush and green:

@gracehood @CPRverlee South Park had a wildfire in a meadow in April, last week that same meadow is now green and flooded.

The changes lead us to ask who’s winning and losing with Colorado’s exceptional moisture. Our scorecard is by no means a final one. Share your comments below and let us know what changes you’re seeing.

Modesitt estimates that business is up more than 170 percent compared to the same time last year -- and 2014 was a strong year. 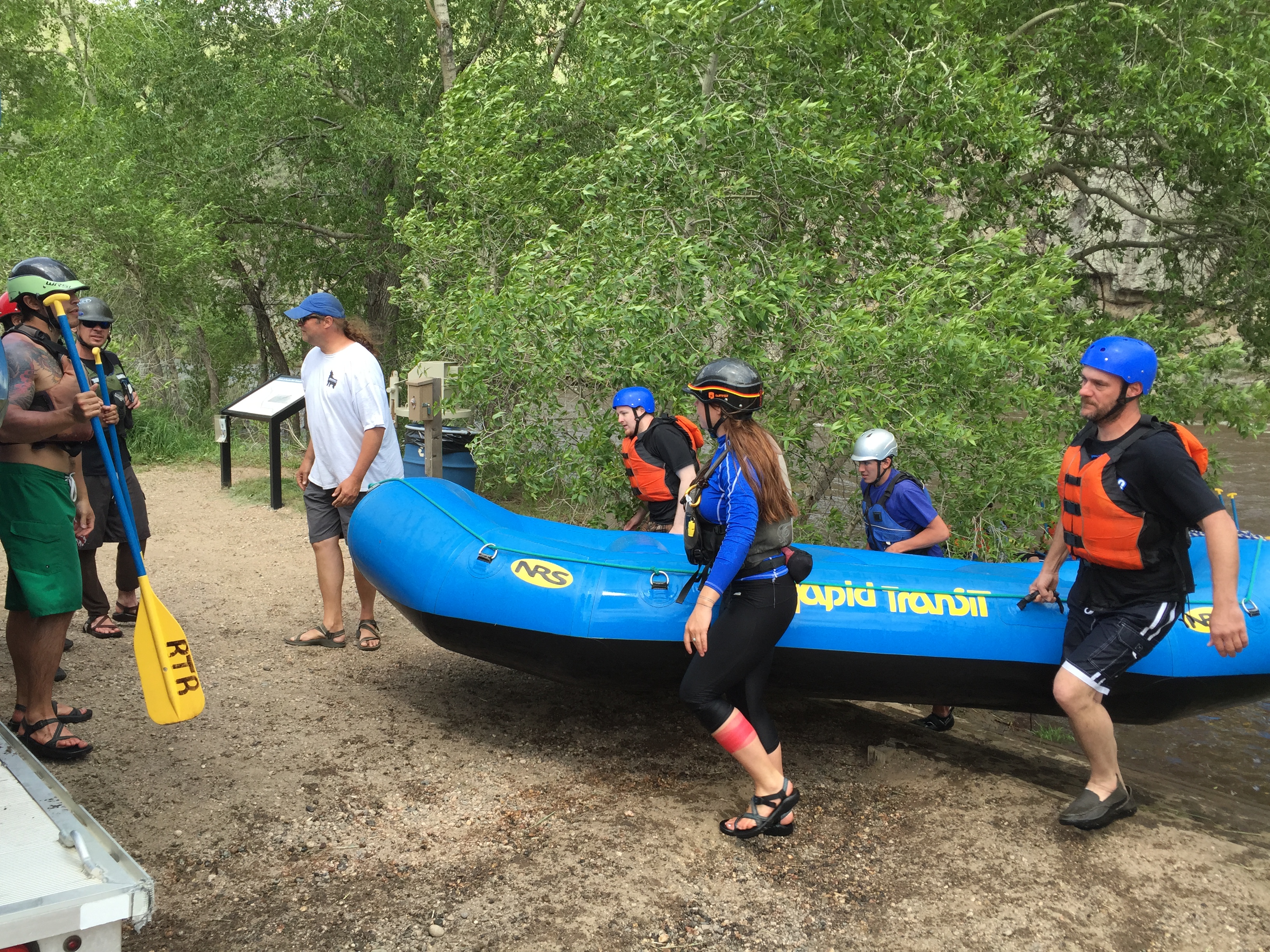 (Grace Hood/CPR News)“I think right now most of it’s coming from local people who know the water’s really good right now and they want to jump in on the action,” he said.

Elsewhere in the state, the big water is leading to rafting injuries and even death.

Modesitt said he relies on the experience of his guides and a safety boaters, who follow rafting groups and help if anyone falls into the water.

So far this year, Modesitt said there’s only been two swimmers. And both times it was Modesitt participating in training exercises.

“The water is cold, it’s probably 42 degrees,” said Modesitt. “Everybody is just really happy about this high water. The guides are happy, the customers are coming back happy. It’s one of those things that keeps getting better and better.”

Mosquitoes: More water equals more mosquitoes. Weld County says it expects a higher mosquito count due to recent rain. It’s too early to tell what the high count will mean for the West Nile Virus season in Colorado. Last year, Colorado saw more than 100 cases and four deaths. Those numbers are small compared to 2003 when thousands of cases were reported across the state.

Mushrooms: August is typically the high tide for mushroom season in Colorado. But all the wet weather is causing fungi to sprout earlier than normal. At the Denver Botanic Gardens, Ed Lubow catalogs mushroom samples sent in from across the state. He’s seen more specimens come in recent weeks compared to normal.

“Our usual issue with finding mushrooms is that it’s too dry. That’s obviously not a problem this year,” he said. 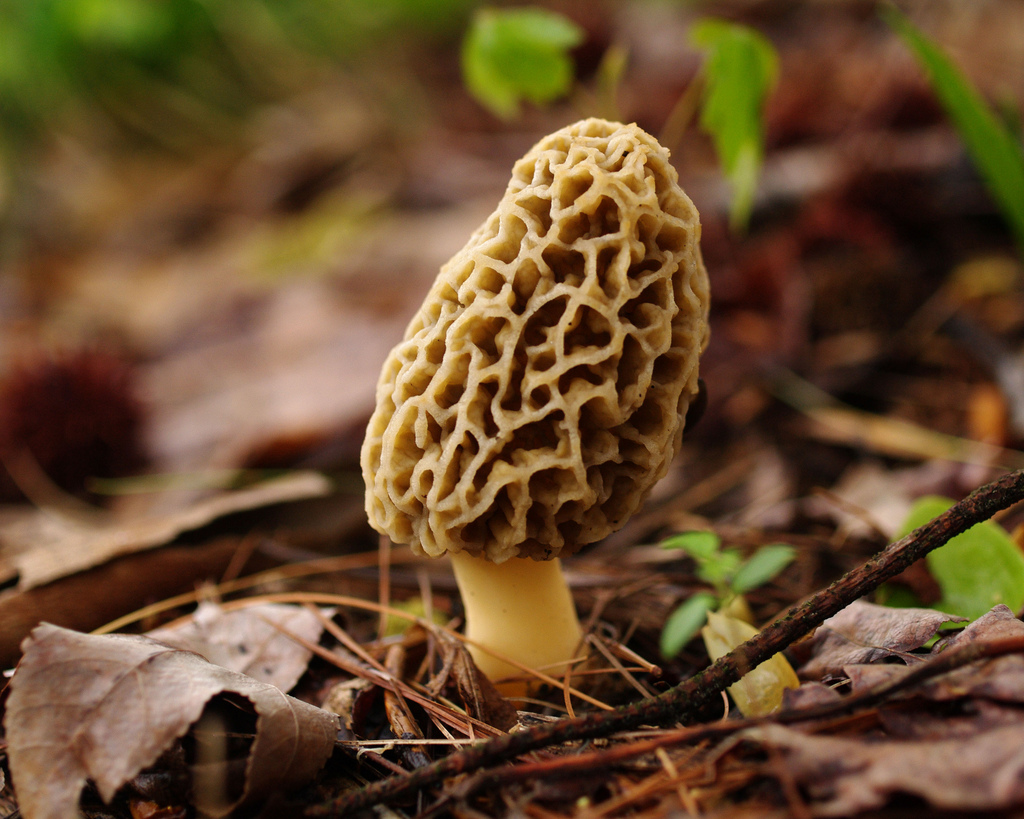 “We’re also seeing a number of things that are fairly unusual that we haven’t seen before. Because with the extra water, stuff is just coming up like crazy,” he said.

Wildfires: The potential for wildfires in Colorado is low this June thanks to all the rain. That’s according to a recent outlook by the National Interagency Fire Center.

Inside the High Park Fire burn zone, natural grasses are above waist level in some parts of the Poudre Canyon. City of Fort Collins Ranger Karl Sanders said he can’t remember the last time he saw this level of growth.

But he warns that a dry spell could cause problems.

“That’s a real fire hazard that we would get into. We have to be extra cautious. We may have to do more mowing, for example,” said Sanders.

The Fire Center is predicting a normal season for Colorado in July, August and September.

Farmers: Rain usually brings smiles to farmers. But soggy fields are another story. Corn planting is behind schedule for some in the northeast. And the moist conditions have brought wheat rust to Colorado’s crops this year.

Rust is a plant fungus not typically found in the High Plains. Pustules of orange rust form of wheat plants, and can significantly impact crop yields if left untreated.

“The sooner you treat it, the better it’s going to be,” said Kimberly Warner vice president of operations with Colorado Wheat.

Wheat rust has been a problem for southeastern Colorado farmer Dale Mauch. One year ago, Mauch was struggling with unprecedented drought. Earlier this spring, he battled tumbleweeds because the land near his property was so dry. After 8 inches of rain in May, he’s now combating wheat rust.

Mauch said he’ll take the challenges that come with rain any day of the week. Even if those challenges mean another bumper crop of tumbleweeds.

“All them puppies are growing,” he said “They got a chance to get bigger this year.”

That’s saying something considering the omnipresent tumbleweeds outside Lamar just two months ago.