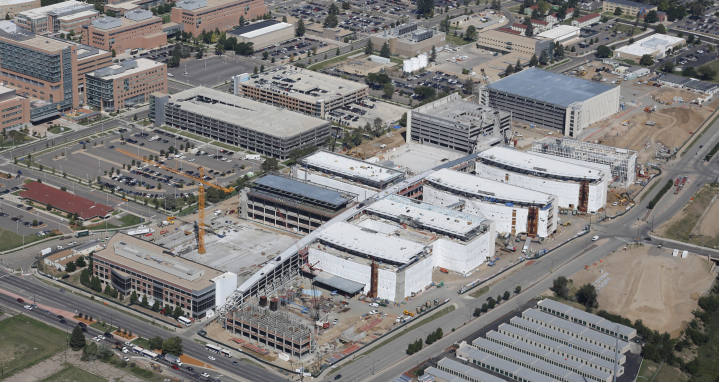 (Photo: U.S. Department of Veterans Affairs)Congress passed a stopgap measure Friday that will keep construction going on the VA hospital in Aurora. Construction would have halted next week without congressional intervention.

The House approved a bill to increase a spending limit by $150 million. That allows work to continue until the end of September. The measure also lets the VA transfer $150 million from other parts of its budget.

This is the second short-term deal to prevent a work stoppage for the project. It’s now set to cost $1.7 billion, roughly triple the cost projection from just last year.

So far, a long-range agreement has eluded lawmakers who want major reforms at the VA before allocating the funding needed to finish the project.

Rep. Ed Perlmutter, whose district would claim the new hospital, praised the bill Friday while still holding out for a long-term deal:

"Congress must stop abdicating its responsibility and negotiate a long-term solution to complete this medical center," he said.