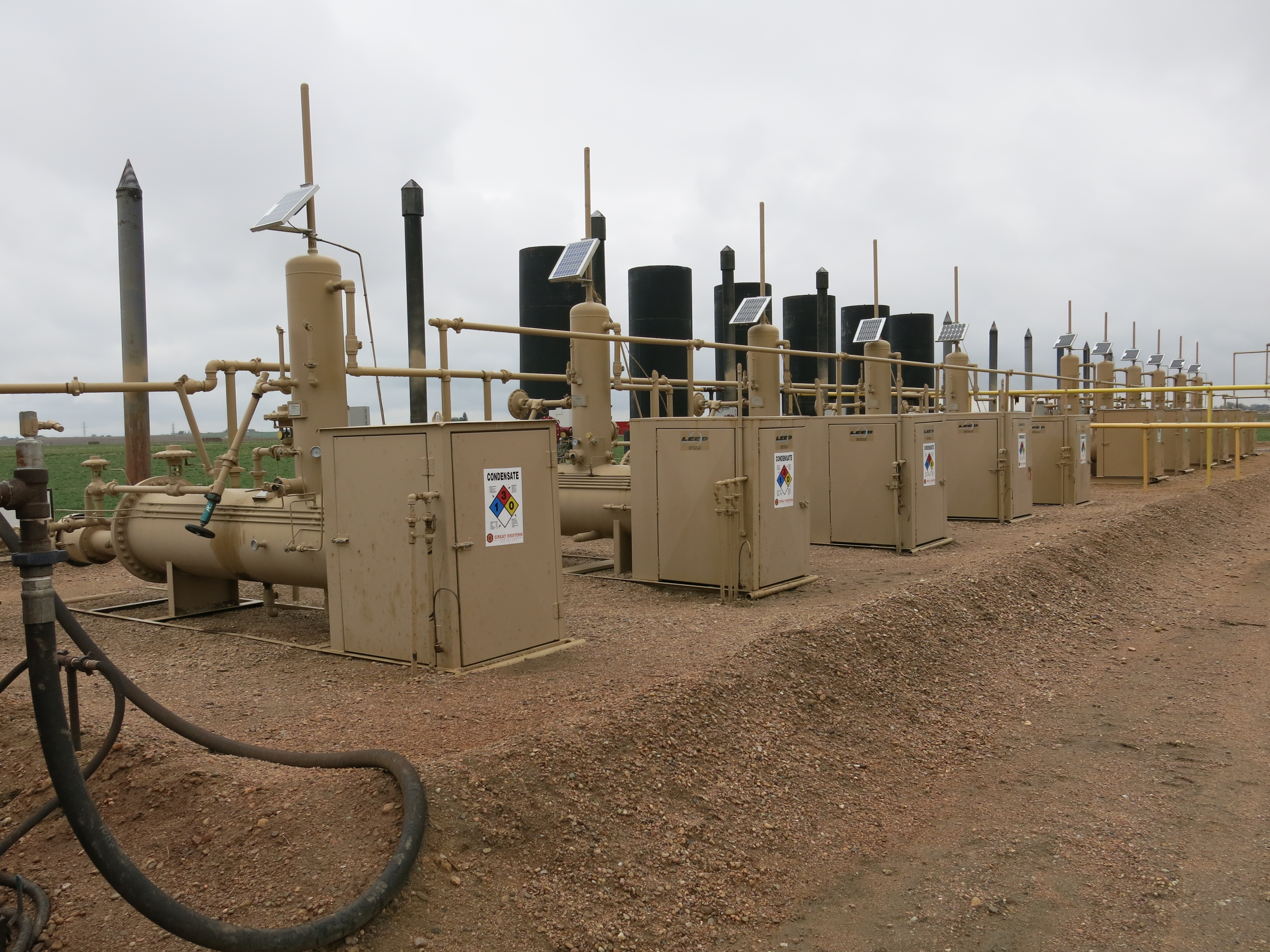 (Grace Hood/CPR News)How should recommendations made earlier this year by Gov. John Hickenlooper's Oil and Gas Task Force be carried out? On Wednesday morning, the Colorado Oil and Gas Conversation Commission begins its trek across the state to speak with local governments and find out.

The first stop is the city and county of Broomfield. Commission members will also travel to Brighton, Garfield, Weld and La Plata counties to talk over two specific ideas which aim to improve communication between local governments and energy companies.

Recommendation 17 seeks to improve communication between developers, cities and counties when large-scale, multi-well oil and gas facilities are built near homes and businesses. Recommendation 20 seeks ways to connect local government planners with oil and gas companies that know they want to drill in specific areas, but haven't filed for permits yet.

The Oil And Gas Task Force wrapped up its work February 24, approving a total of nine recommendations. The Colorado Legislature has approved funding earlier this year for another health-related recommendation.