About 20,000 illegally grown marijuana plants have been seized across Colorado since August, the U.S. Attorney for Colorado announced Thursday.

But why, and why now?  It might be because of water, or lack of it, U.S. Attorney John Walsh says.

Marijuana requires a lot of water to grow, and California -- historically where most illicit outdoor marijuana is grown -- is in the middle of an historic drought.

"Colorado is not," Walsh said. "There is a real possibility that some of the organizations that have been growing marijuana in the mountains of Mendocino [County] California came to the conclusion that Colorado's climate this year is a little bit more hospitable to this kind of activity." 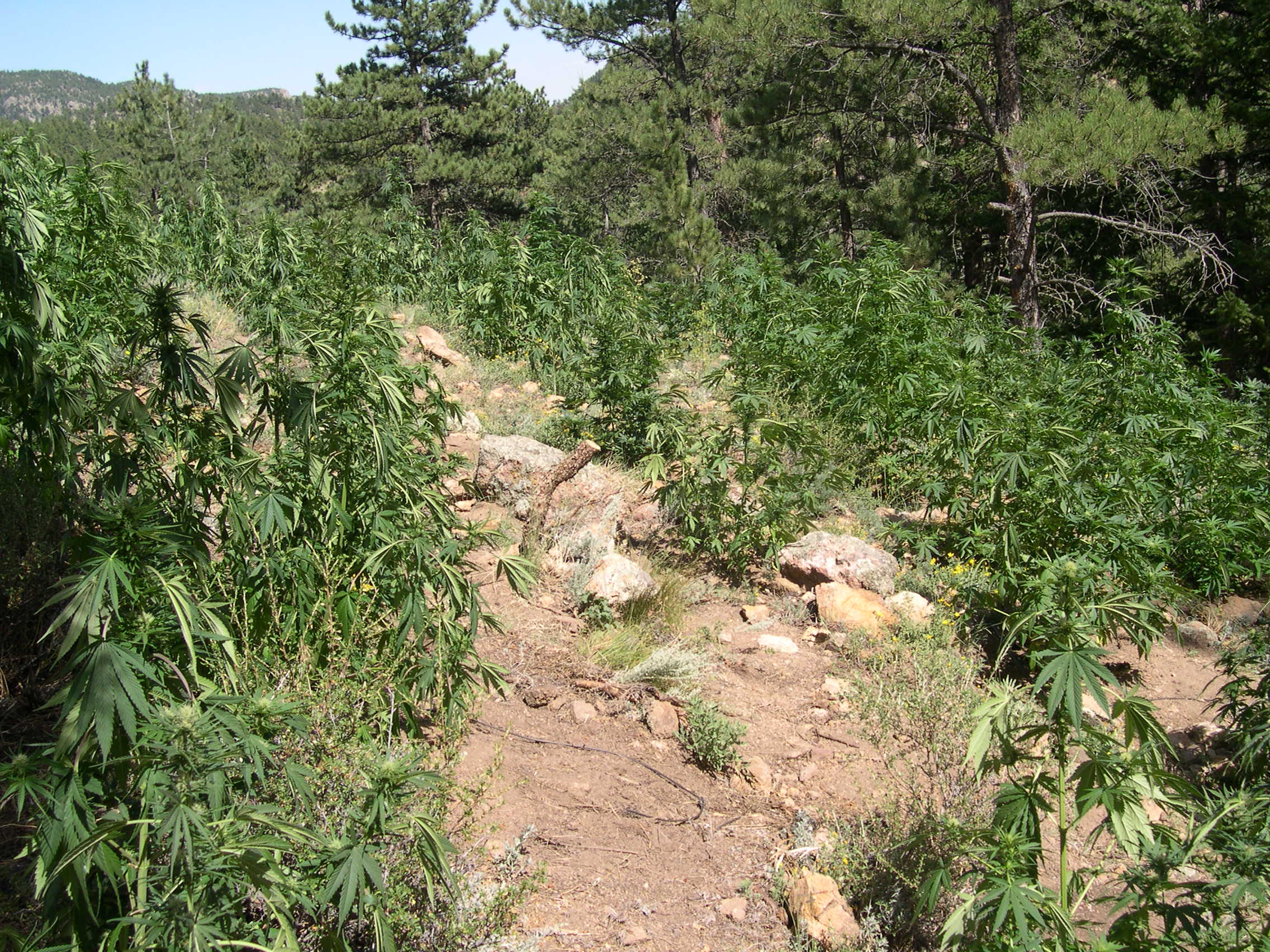 He cautions that it's hard to determine just how much California's drought is behind the activity, but, "We're certainly seeing this year, in a very short period of time, a pretty amazing number of big grows. One grow [had] nearly 12,000 plants in Huerfano County."

Another factor is that Colorado's legal recreational marijuana leads lawbreakers to think there won't be as much enforcement here. Walsh points to increasing warehouse and indoor grows in the state from 2014-2015.

"We've come across trafficking organizations that have come into Colorado thinking that Colorado is a more friendly environment to to begin even an illicit marijuana grow, because there is so much marijuana activity that they might fly under the radar for a while," he said.

Figures from the Drug Enforce Agency's Domestic Cannabis Eradication and Suppression program show that Colorado's number of known, illicit outdoor grows were falling from 2011 to 2014: 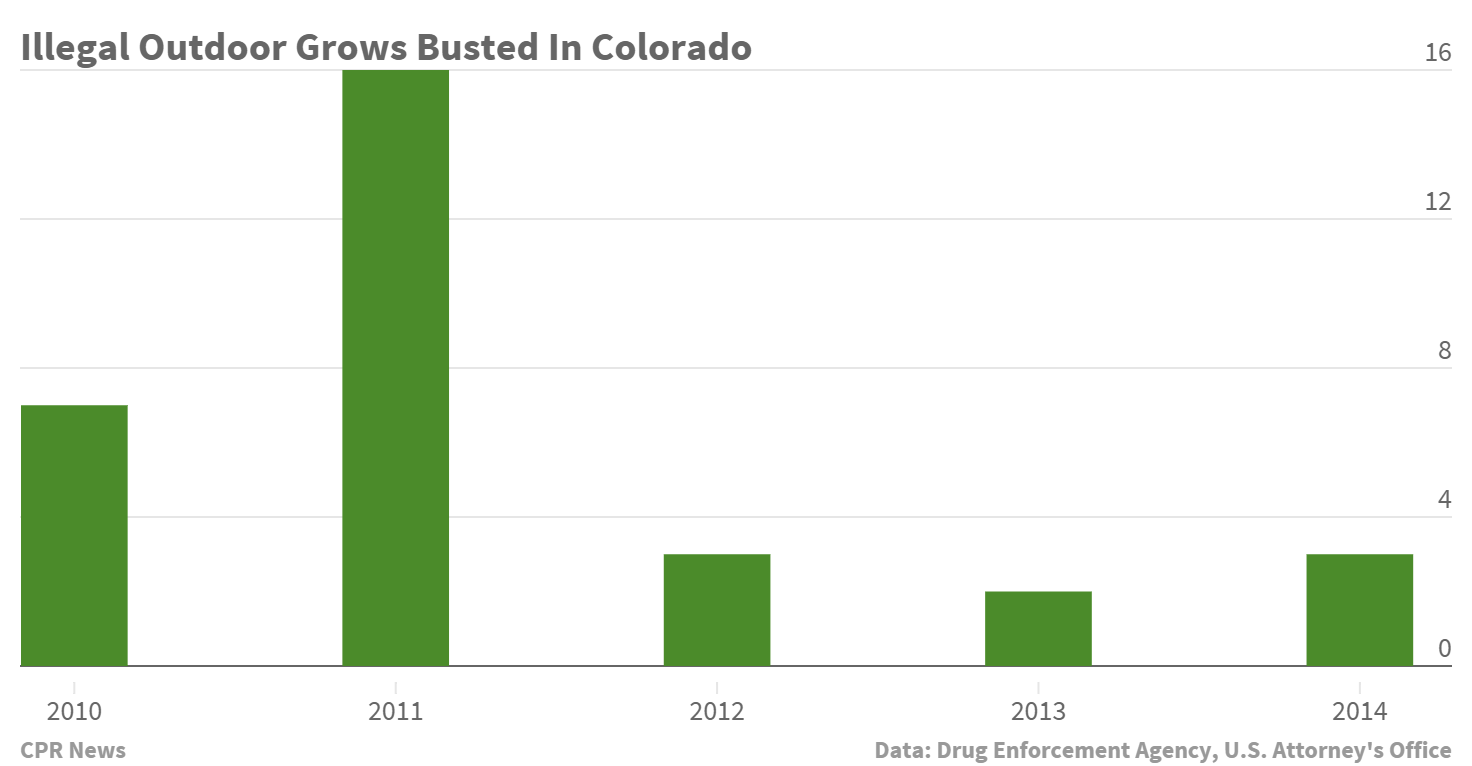 The DEA hasn't released figures for 2015, but the numbers of plants seized in recent outdoor busts is increasing: 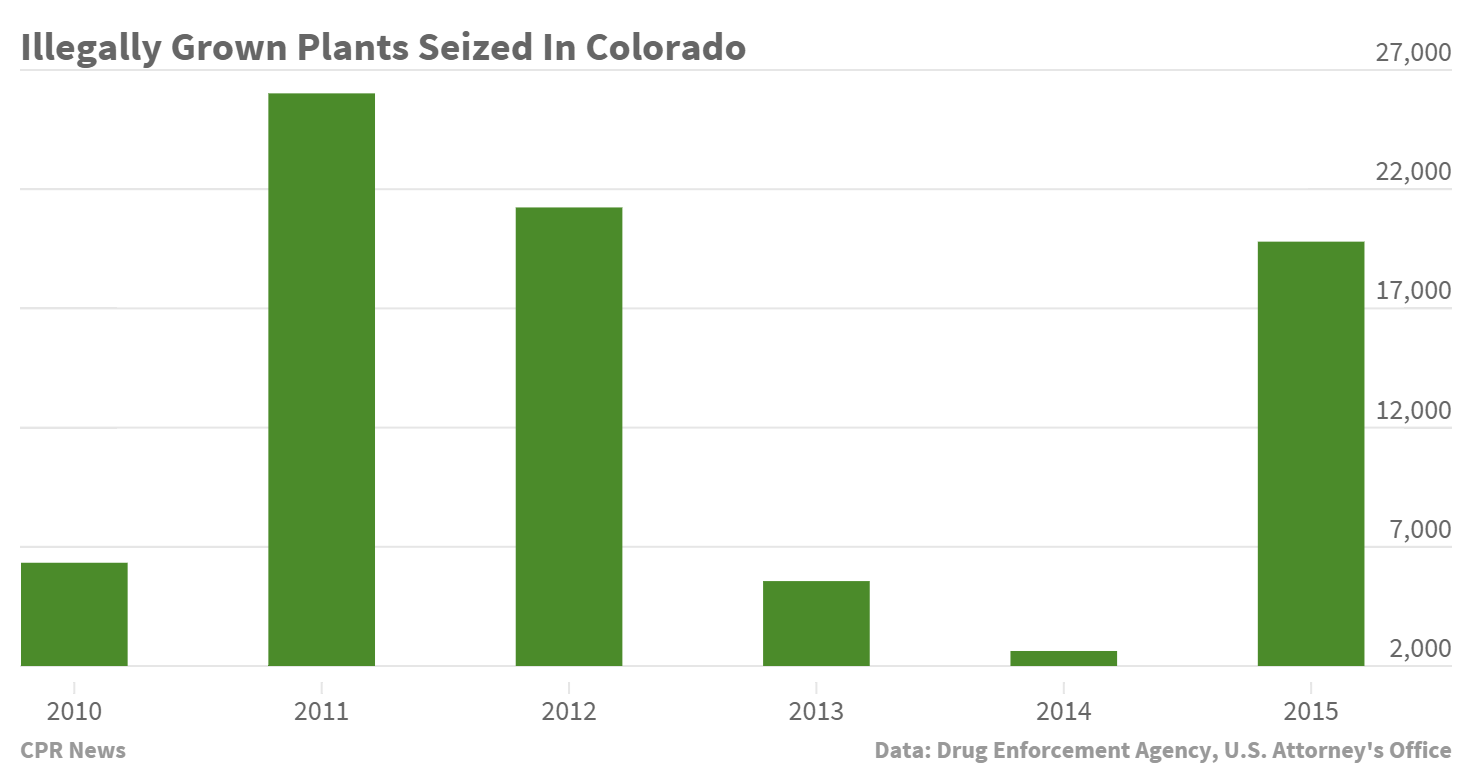 Walsh says the recent crackdown is intended to send a message to would-be illegal growers in Colorado:

"I don't think we're going to completely eliminate outdoor grows in the future," he said. "What we're trying to do with this set of take-downs is send the message that it's not a free-for-all in Colorado."