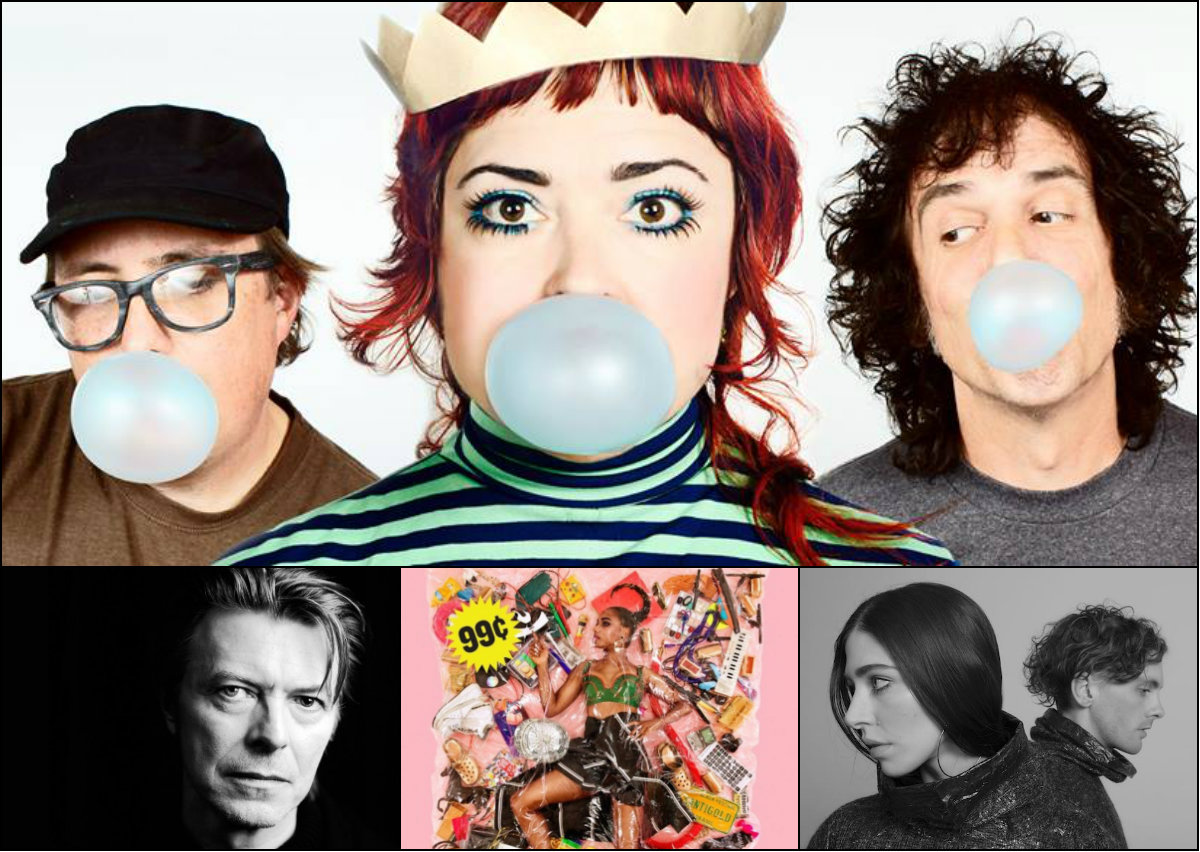 We've highlighted some noteworthy albums set to be released early this year. (These dates are always subject to change, of course.) There are releases from legends like David Bowie, Colorado favorites like Dressy Bessy and more.

Scroll down  to listen to our Spotify playlist for previews of some of the albums listed here.

The inimitable Mr. Bowie celebrates his 69th birthday with the release of his 25th studio album, “Blackstar.” As expected, the album is unlike anything that preceded it in the Bowie catalog, taking ventures into freeform jazz. It arrives alongside two exciting and odd video clips. (UPDATE: Sadly, Bowie passed away two days after the album's release.)

The members of Chairlift have been busy since 2012’s “Something” album with tours, solo projects and writing music for Beyonce. The latter activity seems to have helped hone their pop songcraft on standout singles like “Ch-Ching,” which led OpenAir’s Jessi Whitten to sing their praises for NPR Music.

Santigold returned last summer with the energetic electronic single “Radio,” an OpenAir favorite from 2015. The announcement for “99¢,” the singer and producer’s third album, soon followed.

It should come as no surprise that southern California garage rocker Ty Segall will release a new album in 2016. He has put out countless releases since 2008 as a solo artist and with bands like Fuzz. Along with the new album, Segall also set up an "Emotional Mugger" hotline, which you can call at 1-800-281-2968.

One of the biggest Colorado releases of 2016 comes early. Dressy Bessy, the long-running Denver indie pop group, will return with “Kingsized,” its first studio album since 2008. Guests include former R.E.M. guitarist Peter Buck and members of fellow Coloradoa act The Apples in Stereo.

For their latest, experimental pioneers Animal Collective look to cut back on long experimental passages in lieu of a concise, cohesive full-length. The band has cited dinosaurs and The Ramones as influences on “Painting With.”

Singer-songwriter Damien Jurado once again teamed up with producer Richard Swift for the third installment in an album trilogy preceded by 2012's "Maraqopa" and 2014's "Brothers and Sisters of the Eternal Son." "Visions of Us on the Land" will continue Jurado's exploration of universal truth via his unnamed character in the fictional land of Maraqopa.

Early last year, the two-time Mercury Prize-winning Harvey recorded her latest album in the public eye. Spectators watched the sessions through one-way glass at a makeshift studio in London. While those lucky few got a sneak peek at Harvey’s ninth studio album, the rest of us eagerly anticipate its release.