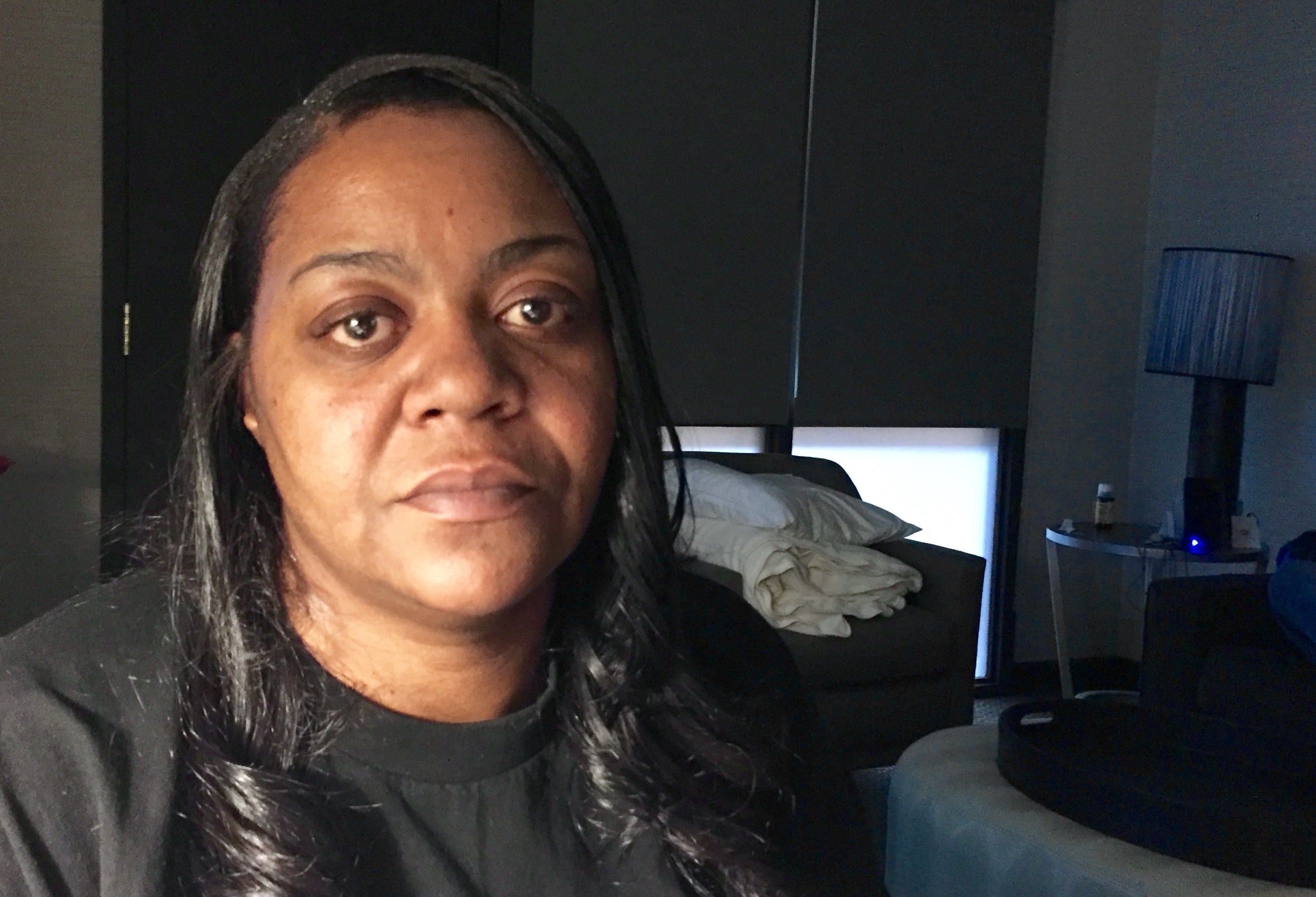 (CPR News/Ben Markus)The 51 homicides in Denver last year were the most in a decade, driven in part by a spike in gang violence.

As those numbers climb, so does an accompanying fact: Police in the state's largest city admit many families of victims may never get justice --  even as they tout their gang prevention efforts.

In all, there are more than 700 unsolved cases in Denver, a CU Boulder criminologist says.

The drive-by shooting death of 22-year-old Daerius Churchill is one of them. He was killed last January, just blocks from his mother's homes in northeast Denver.  It was Denver's first homicide of 2015.

“I really miss my son. My son was my best friend. We did everything together,” Therell Churchill says. “A lot of times he wouldn’t even want to go hang out with his friends to go play basketball or be active with them, he’d be like, ‘Nah, man. I’m hanging out with my mom.’ And his friends would look at him crazy like, ‘Who wants to sit in the house and hang out with their mom?’ ”

Churchill says on the night Daerius was killed he was on his way to a studio, where he was working on a hip hop album.  She believes -- even though her son wasn’t in a gang -- that he was killed by gang members.  But she’s unsure because police haven’t made any arrests. 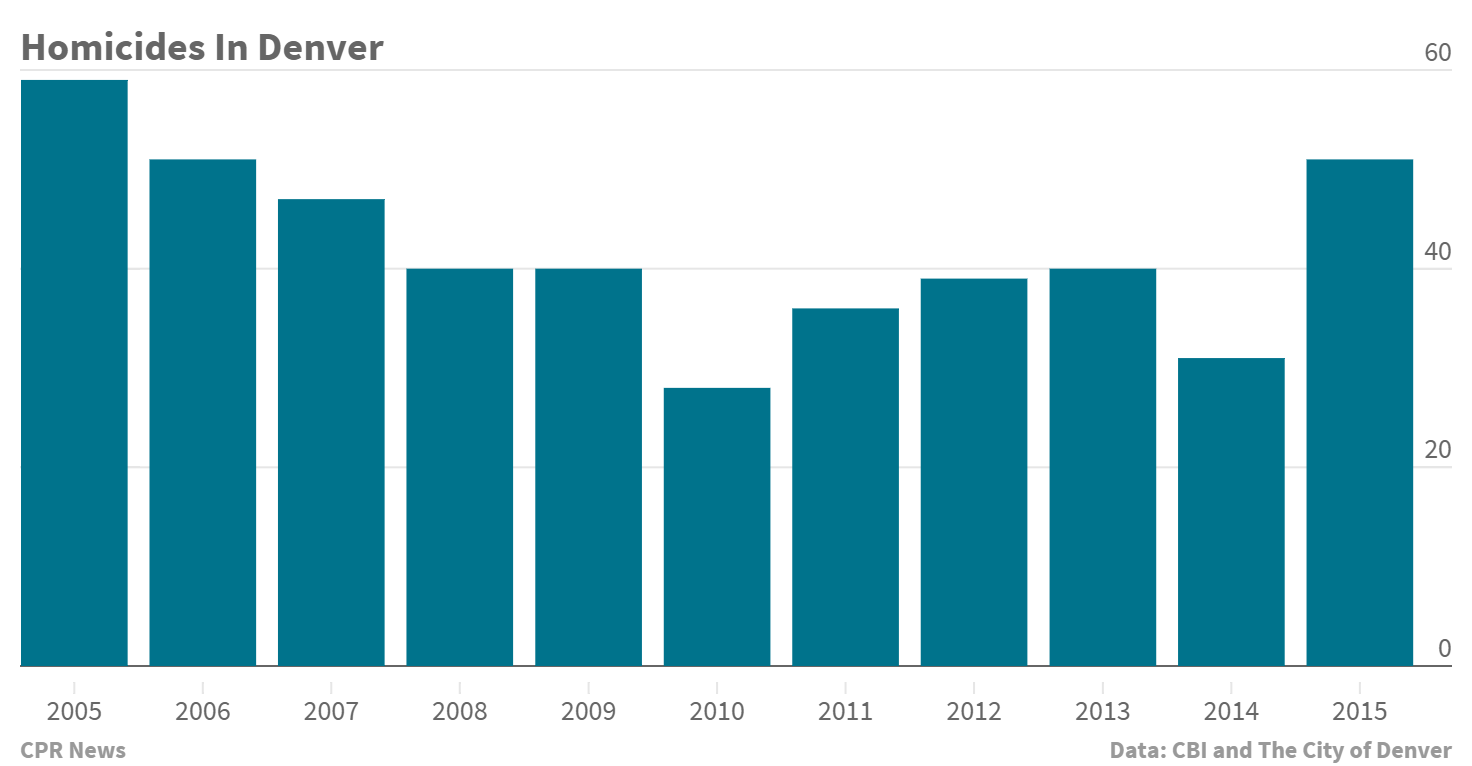 Denver Police Chief Robert White says gang killings made up about half of the 51 homicides last year, and gang murders are difficult to solve because witnesses are often afraid to come forward.

“We know who committed a lot of those homicides. “It’s just a matter of putting enough facts together, where we can present to the DA, where they can file the cases and individuals can get convicted for it,” he says.

After a rash of revenge killings in the spring, the department made gangs a focus, “to really kind of get our arms around what’s going on as it relates to these gang shootings,” White says. He credits the work of community gang prevention efforts for keeping the homicide number from being even worse.

The Rev. Leon Kelly is one of the people grappling with that violence. He formed a group of former gang members last year designed, he says, to stem the retaliatory nature of the violence.

“You know, when you start talking about revenge, revenge is an unruly force,” he says,  seated in his wood paneled office, with big fish tanks bubbling softly. Those fish can be a calming influence, he says. To someone in a gang, “it’s almost like if you hit one of us, we’re going to come back and hit two of you, if you hit two of us we’re going to get four of you.”

Still, while other major cities in the country have seen a similar spike in homicides, the numbers over the long term are historically low.

“Especially in the early 1990s, they were twice as high as they are now,” including in Denver, says CU Boulder Criminologist Michael Radelet. “And in 2015, there’s no question that the homicide rate in Denver did go up, but it’s still below national averages.”

At the same time, there’s no question there’s a problem with unsolved homicides, Radelet says. That lack of resolution erodes trust in the community, and makes new homicides harder to solve.

It robs victims' families, like Therell Churchill’s, of closure.

“I could have more peace with it if I knew that my son had an illness or you know and I know that he died in a hospital and we expected that,” she says.

Churchill says she’s doing anything she can to help -- she’s even contacted a psychic to help find her son’s killer.