In a former bakery south of downtown Denver, Matthew Fuerst makes beer flavored with ingredients like Hatch green chiles that he chops by hand. He saves money on heating bills by pushing up space heaters against his fermenting tanks and covering the tops with blankets. He's invited homebrewers who want to break into the industry to use his expensive brewing system to try making larger batches.

Fuerst is one of many transplants lured to Colorado by the state's reputation as a place where beer drinkers spend hours on breweries' sunny patios trying every imaginable twist on beer, often with dogs and kids in tow, a state whose governor is a former craft beer magnate who had an array of taps installed at the governor's mansion. But Fuerst fears that idyllic lifestyle is in danger now that the world's largest beer maker, Anheuser-Busch InBev, has staked a claim to Colorado's craft beer paradise.

Fuerst worries InBev could use its distribution leverage and buying power to squeeze other craft beers out of liquor store shelves, discount its own craft beer line and buy up raw materials after its purchase last month of Breckenridge Brewery, which was part of the first wave of craft breweries to open in Colorado in the 1990s.

The purchase sent tremors through Colorado's thriving community of homebrewers and beer purists, who join beer lovers around the country dreading increasing corporate consolidation in the industry. "I think all of us know that if they could put us out of business they would and the actions that they're taking right now are a threat to us," said Fuerst, whose brewery is called Grandma's House.

Terms of the Breckenridge deal weren't released. It follows InBev's acquisition of craft brewers Goose Island in Chicago and 10 Barrel Brewing Co. in Oregon in recent years and comes as the maker of Budweiser is trying to become even bigger by buying the world's second-largest beer maker, SABMiller, to create a company that would make nearly 30 percent of the world's beer.

The makers of Corona and Heineken as well as equity firms have also been acquiring and investing in craft beer, the only part of the United States beer market that's still growing. Craft beer has captured more than 10 percent of beer sales in recent years and, according to the Brewers Association trade group, the country now has over 4,100 breweries, the highest number since 1873. More than two breweries open every day across the country. 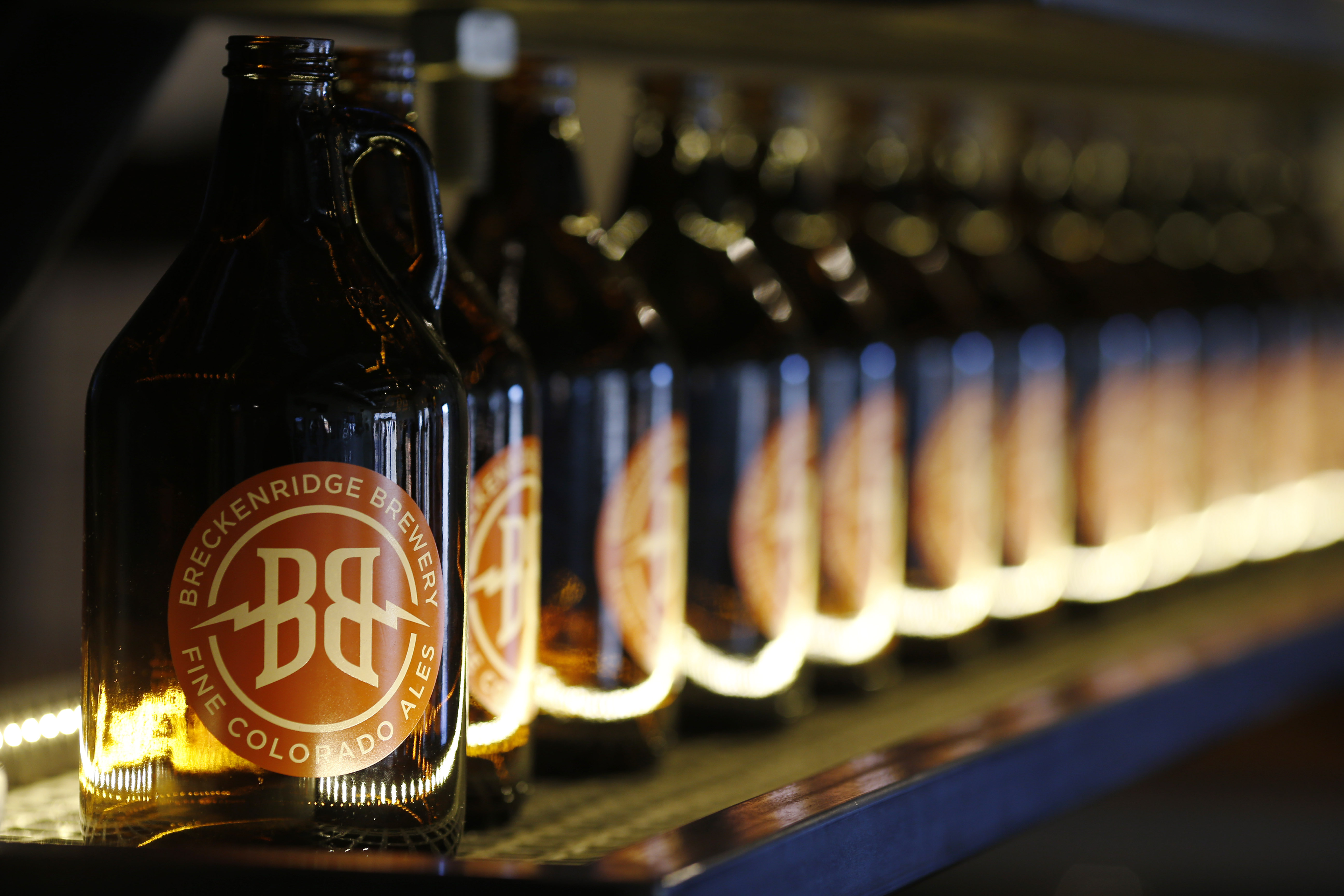 InBev says it's not trying to push any brewers out of business and frames the real battle as between beer and the growing wine and liquor market.

"Everyone that's putting great beers out there and has a story to tell is going to thrive," said Felipe Szpigel, president of The High End, InBev's craft beer line.

Eric Wallace, the co-founder of Left Hand Brewing, which, like Breckenridge, has spread far beyond Colorado since it opened 22 years ago, said he can't understand how a brewery that worked to bring back flavorful beer to the "scorched earth" left behind by mega brewers can turn around and join one.

"The fact that beer was being dumbed down over time, over decades is the reason that craft brewing was created and was born," he said.

There are also rumors that another of Colorado's original craft brewers, employee-owned New Belgium, could also be looking for a buyer. In a statement, founder Kim Jordan said its board "has an obligation to have on-going dialogue with capital markets" and that there is no pending deal.

Sitting in the tasting room of Breckenridge's new $36 million riverside brewery complex in Denver, which includes a farmhouse-style restaurant and a large patio where customers sometimes arrive by inner tube or bike, Breckenridge president Todd Usry said he once shared worries about corporate craft brewing. But InBev has assuaged them.

"I found out they wanted to participate in craft, not take craft over," Usry said. 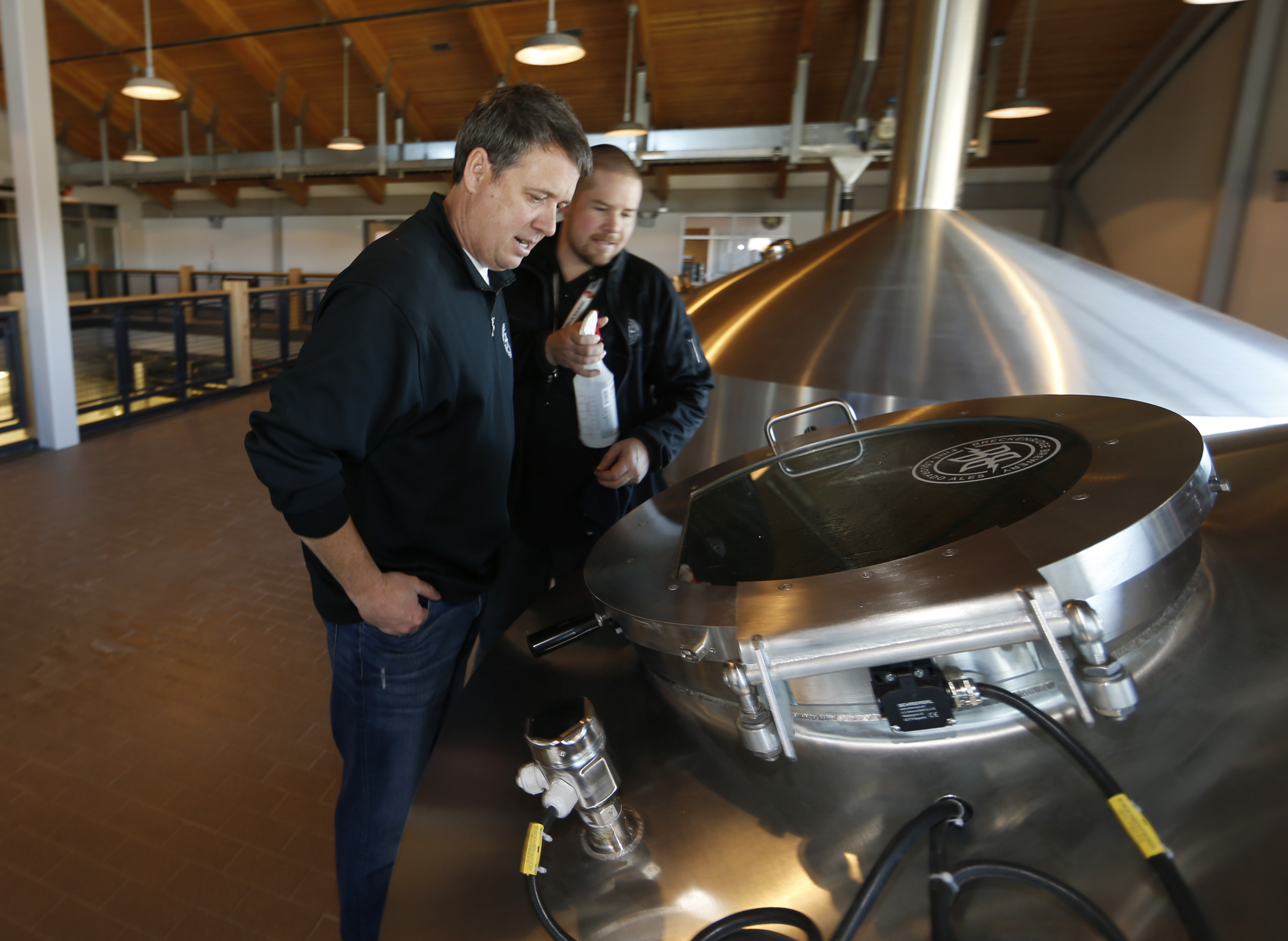 The reaction from beer drinkers has been mixed.

Andy Romero, 36, of Denver, who traveled across town recently to pick up some more of Renegade Brewing Company's limited supply of imperial milk stout made with peanut butter cups in refillable glass containers, said he likes to support mom-and-pop operations but he's not too worried about the Breckenridge sale.

"As long as the beer is good, I'm fine with it," Romero said.

But Michelle Massure, 31, a former Colorado resident who likes to visit her favorite breweries on visits from Houston, was horrified at the thought of a big brewer ever taking over the Strange Craft Beer Company, where she enjoyed a tulip glass of a cherry wheat ale that she said tasted just like cherry pie filling. Ten small sampler glasses of beer were lined up between her and some friends on a wooden table at the tiny brewery tucked into an industrial strip mall next to Interstate 25.

"I don't want the big guy to have everything," she said.