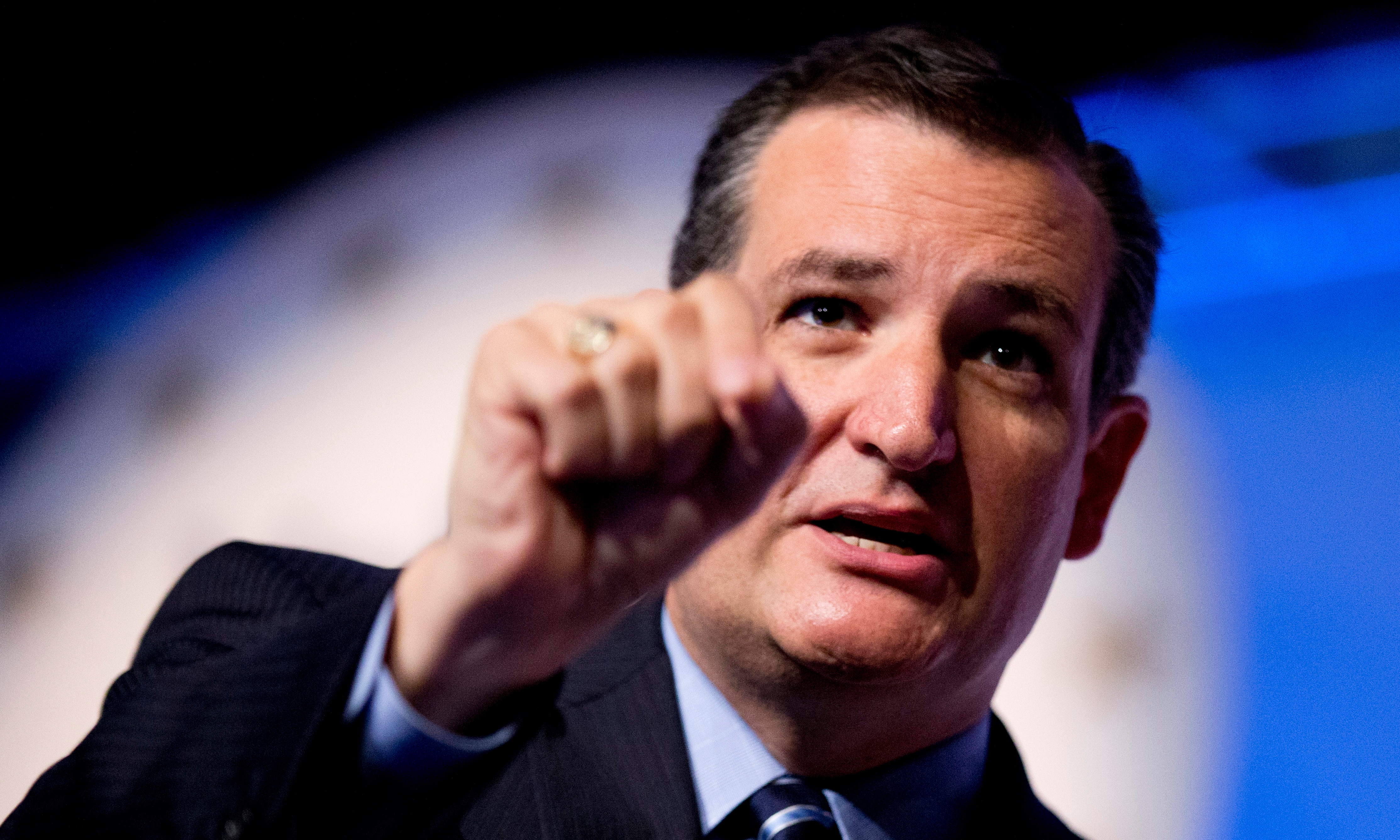 (AP Photo/File)Supporters of Texas Sen. Ted Cruz have prevailed overwhelmingly so far in the battle for Colorado's Republican National Convention delegates, and they look poised to continue their winning streak at the state assembly Saturday.

Representatives from four of the state's seven congressional districts gathered yesterday in Colorado Springs to pick their share of RNC delegates. Members of Cruz's handpicked slate won all 12 slots, and all but two of the alternate positions as well. Not all of those delegates are officially bound to Cruz, but all have assured his campaign of their loyalty.

Brita Horn was elected as an alternate in the 4th District. She said it wasn't hard to convince the campaign of her enthusiasm.

"[Cruz] said in one of his interviews that he wants government to be so small it could be put back into the constitution. He won my heart then and I would like to support him and get him nominated in Cleveland," she said shortly before results were announced Friday.

Add in the results of the three congressional assemblies held over the past week and so far it's been Cruz all the way for Colorado's Republicans.

Party members will gather Saturday the state assembly in Colorado Springs to elect a final 13 delegates. They'll also get to hear from the candidate so many of them are clearly supporting; Cruz himself is slated to address the convention, along with surrogates from the other presidential campaigns. 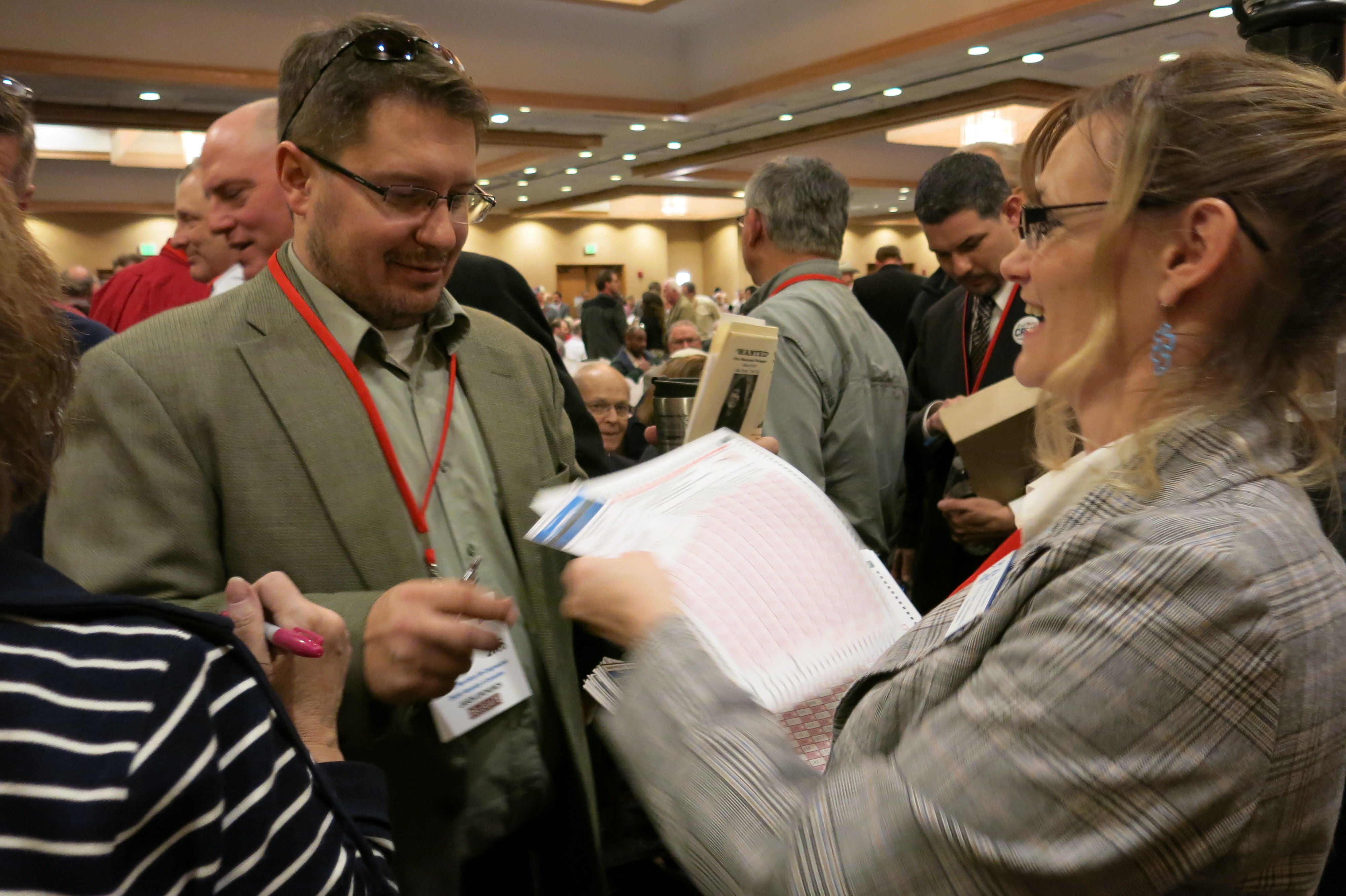 (Megan Verlee/CPR News)On Friday crowds at the congressional assemblies were so thick it could take long minutes to navigate the packed hallways inside the DoubleTree Inn conference center where the meetings were taking place. When the assembly for the 2nd and 5th ran long, attendees moved their gathering to a courtyard outside, with would-be delegates standing on a table to give 10 second speeches to the crowd.

"We have so many new people participating this year," said state Republican Party Chair Steve House. "It's a huge blessing to have 30 or 40 percent of your people be new. But it’s also a challenge, because a lot of them don’t know how the process works."

Many of Friday's delegate candidates didn't just campaign on which candidate they support, but also their approach to the entire RNC process. 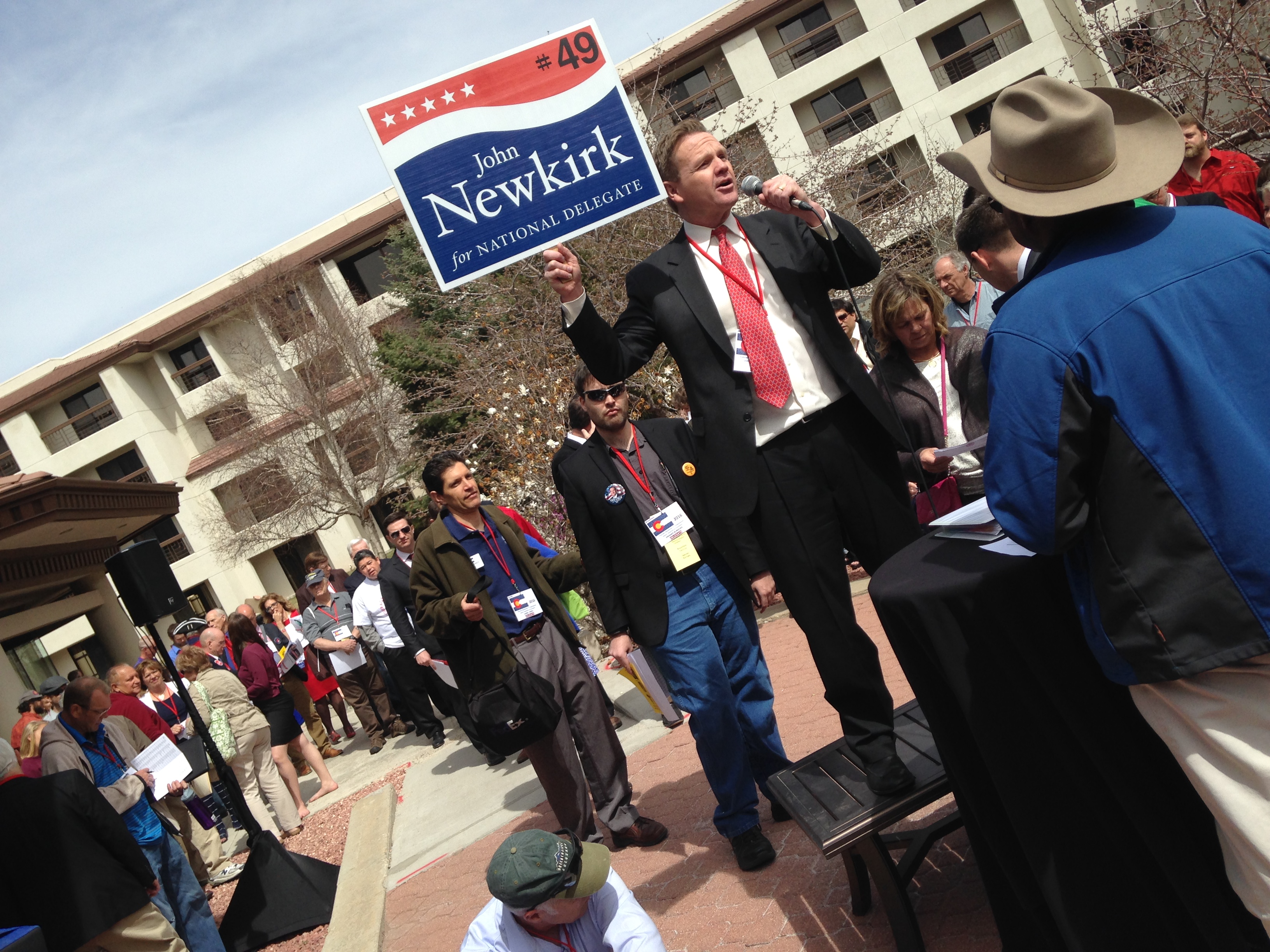 (Megan Verlee/CPR News)Some Cruz supporters worry that party leaders might use a contested convention to try to give the nomination to an as-yet undeclared candidate.  That fear looms large for Spencer Burroughs; he ran as an RNC delegate in the state's second district, but used his short speaking time to urge assembly-goers not to vote for him, but instead to consolidate behind Cruz’s official choices.

"The best chance to make sure that Ted Cruz is on the ballot in November is voting for the slate hand-picked by his campaign," Burroughs said. "That will make sure that we are able to weather whatever shenanigans happen in Cleveland."

Here's how the congressional district competitions have played out:

CPR News is covering the GOP state convention. Tune in, follow us on Twitter and Facebook for updates, and watch for more stories here Saturday and Sunday.