The concept is fairly simple: Pool resources to create the best journalism possible.

With over 900 member stations working with NPR, the concept gets a little more complex, but its application, through the NPR Collaborative Reporting Project, is showing results throughout the public radio system—and the Colorado Public Radio News team is a big player in the effort.

Years in the making 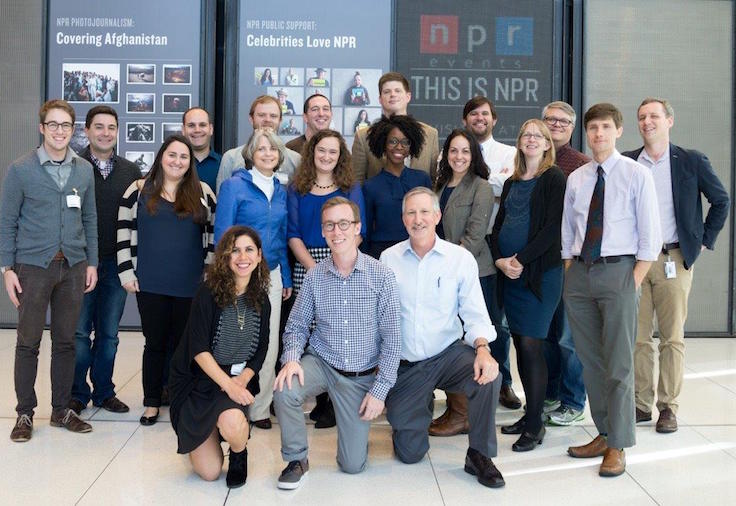 CPR News Vice President Kelley Griffin remembers when the first seed for the project was planted. In 1994, staff from several public radio stations met and began talking about the idea of a nationwide collaboration on news reporting throughout the public radio network. They discussed with NPR how best to draw on station reporting for national programming.

The idea took root when, in 2011, a group formed to move the project forward, with Griffin and the CPR News team playing an integral role. Since then, NPR’s Bruce Auster has taken on the new role of collaborative coverage senior editor, uniting reporters across the country to help shape the news you hear everyday, whether you’re in Denver or Grand Junction, Chicago or Philadelphia.

This collaborative approach among NPR and member stations brings together the talent of the whole public radio system and creates space for stories to develop organically through ongoing conversation among reporters and editors. Regional stories gain national exposure, and national stories gain local perspective.

“It’s about maximizing our resources and connecting all the talented, high-quality reporting across the whole system to create the best journalism overall,” Griffin said.

Taking elections beyond the horse race

The 2016 presidential election is one story for which CPR reporters are collaborating nationally to provide in-depth reports of issues relevant not only to Colorado but to the rest of the country as well.

This year, the presidential primaries for both parties have played out differently than ever before, with almost every state playing a vital role in shaping the eventual nominees. CPR reporter Megan Verlee has been working closely with NPR's Political Reporting Partnership Editor Brett Neely and public radio reporters around the country to help bring insight and clarity to what can feel like a confusing process.

“In an election year like this, having this collaborative project is a way to manage the circus,” Verlee said.

Covering stories about local communities presents challenges for a national news outlet, so more and more, reporters at NPR-member stations are stepping in to provide a window into what’s happening in their own communities. For instance, Verlee used her experience reporting on Colorado’s Republican caucus to produce a national story about Colorado’s Republican presidential delegates, and CPR reporter Ben Markus did the same when he contributed to a national story about unaffiliated voters.

“I had done the local reporting and was grounded in the issue and could talk easily about it,” Verlee said. Because of her work, NPR listeners across the country heard perspective directly from the state where the issue was happening: Colorado.

In addition to information sharing between national and local outlets, the NPR Collaborative Reporting Project has also opened better lines of communication among NPR-member stations and individual reporters. As a result, Verlee was able to contribute to a story on Sacramento’s Capital Public Radio about voter turnout in California and Colorado, helping listeners understand how Colorado connects with the rest of the nation.

“The issue of school finance is so important to Colorado and to the whole nation,” Brundin said. “It just makes sense that we would tackle it from both a local and a national angle to shed light on where children’s needs are not being met.”

The group spent six months planning and researching public schools' finances and the inability of many schools to meet the needs of many vulnerable students. For Colorado, Brundin has identified at least 10 related school finance issues that warrant further investigation and perhaps their own stories. She’ll work with CPR’s Griffin and News Director Sadie Babits, as well as the NPR education editor to determine which stories are most important to the nation and most meaningful to Colorado, and pursue those.

Find those stories in the coming weeks and more education stories.

Brundin’s work serves as another example of NPR and NPR-member stations joining forces in a powerful collaborative effort to produce the absolute best journalism possible.