Jessica Mullins’ fifth-grade classroom is on the west side of the 1930s-era brick building. The school has no air conditioning and Mullins says during warm months, her room gets toasty.

“You’re sweating and the kids are sweating,” Mullins said. “Kids get lethargic because it’s so warm inside.”

Student Tatyana Bell said that makes it tough to concentrate.

The assistant facilities manager, Samuel Martinez, heads around the building with a handheld thermometer checking temperatures. In one class, he gets a reading of 82 degrees. In another room on the top floor with big windows, Martinez records the hottest temperature -- even hotter than outside.

“89.2 [degrees] on that wall right there,” Martinez said, aiming his device at the classroom wall. “That’s hot!”

Hot buildings, schools, offices, and homes are the new normal. Temperatures in Colorado rose by about 2 degrees between 1977 and 2006. They’re projected to go up another 4 degrees by mid-century and 2016 is on track to be the hottest on record globally. 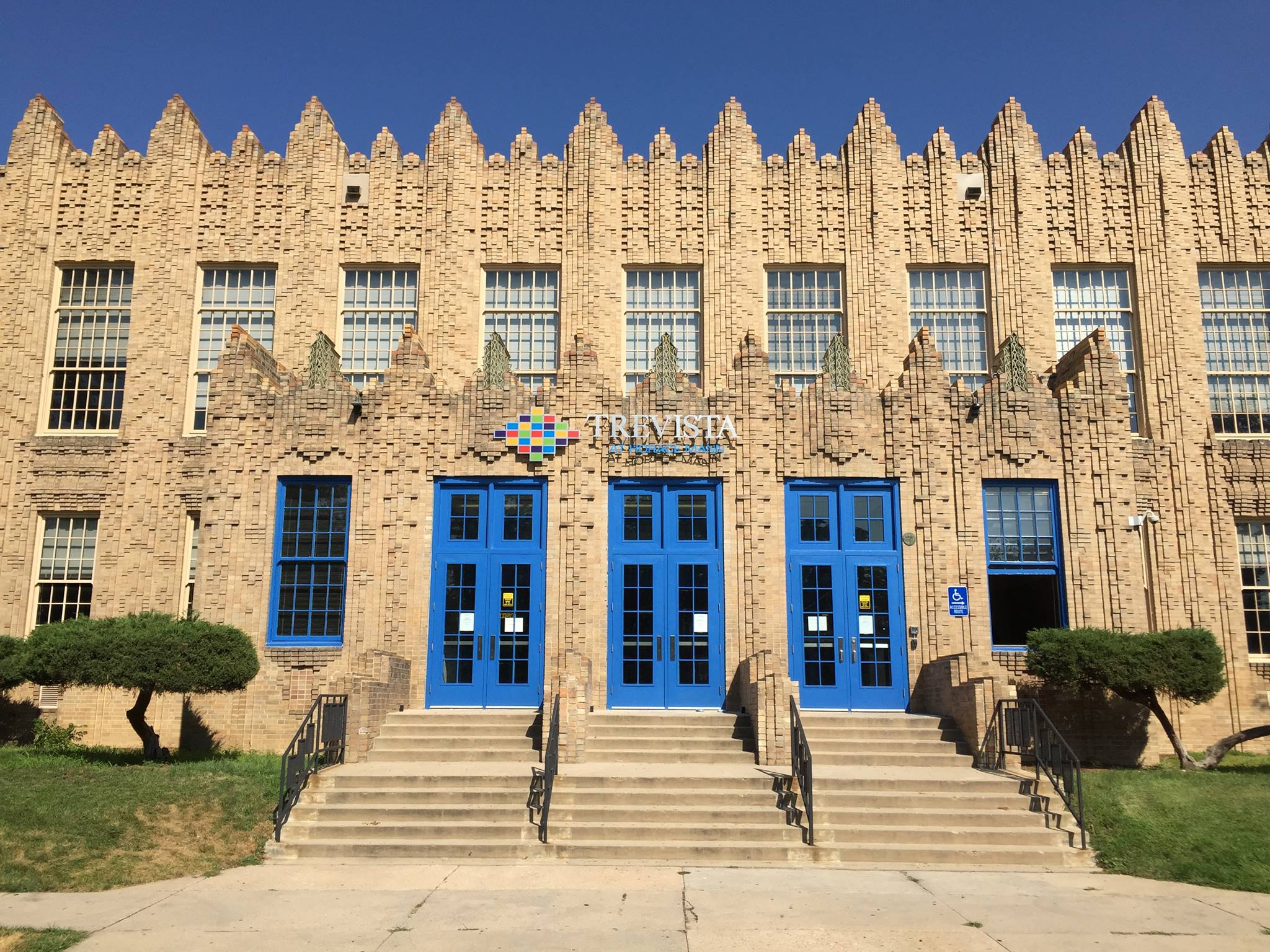 “Summer heat risk in Colorado does appear to be increasing from what we’ve seen in the past decades,” said Todd Sanford, a climate scientist with Climate Central, a nonprofit news organization. “Likely future projections show more of the same, if not more.” The group lists Colorado as one of the top 10 states with the fastest-warming summers.

Heat kills more people in the U.S. than all other weather-related hazards. That may seem surprising. But when the body gets hot, it has a hard time cooling down. Besides the risk of death, heat can cause problems like heat stroke, dehydration, cramps, exhaustion, dizziness and vomiting.

The Colorado Climate Change Vulnerability Study, issued in 2015, lists heat-related illnesses and mortality as a major public health area of concern related to climate change. Sanford said he sees it as a public health threat.

Protecting The Most Vulnerable

Those most at risk are young children, people with pre-existing medical conditions and the elderly.

That describes many of the folks who meet at the Swansea Recreation Center on Denver’s north side including a group of five women here to play their regular bingo game. Today, they’re also talking about the heat. 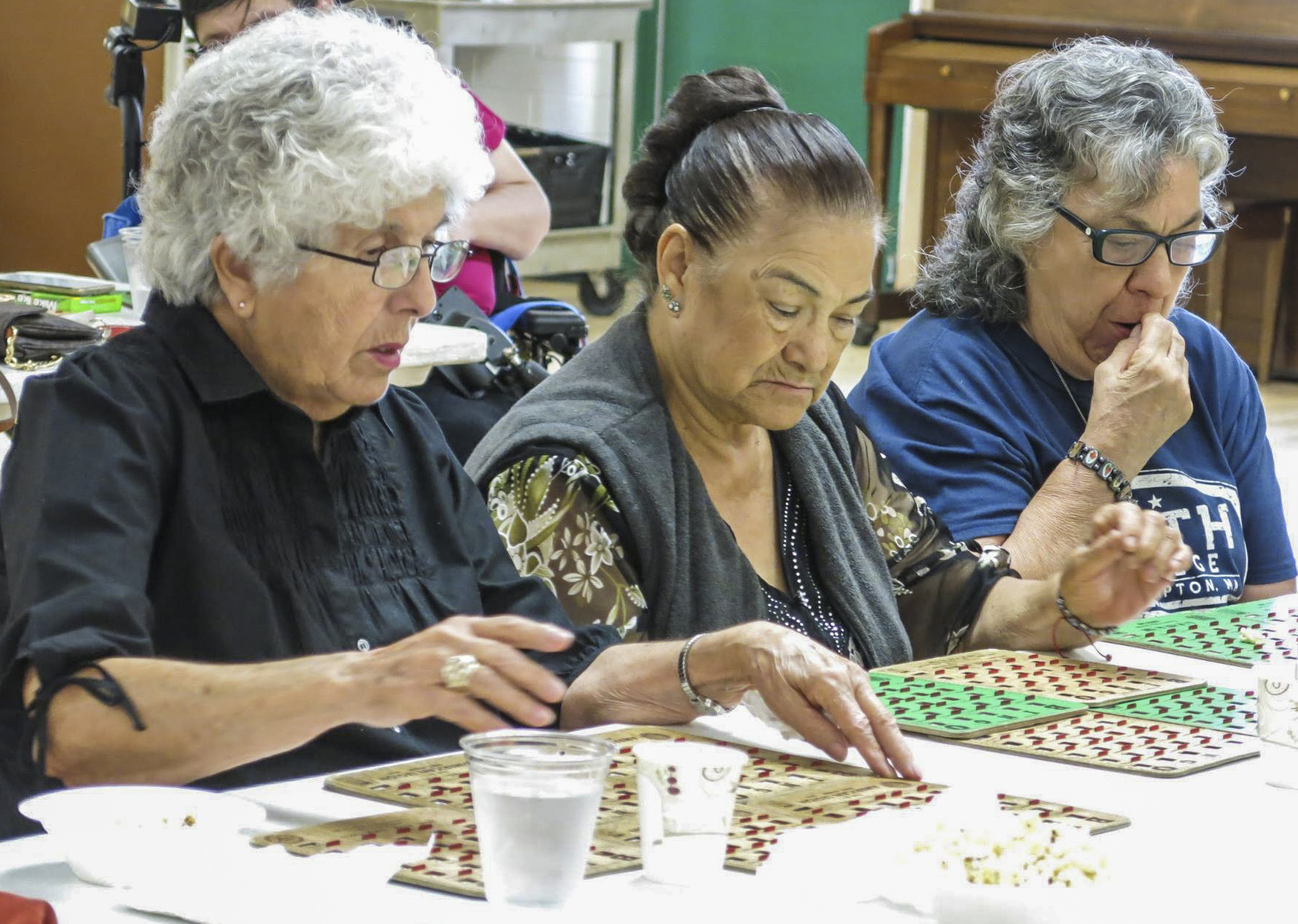 Maxine Ichikawa, 86, uses an oxygen tank to help her breathe. “It ain’t no problem when it’s cool,” Ichikawa said. “It just when it’s doggone hot. This year has been really been hot.”

Another woman at the bingo table, asthma sufferer Lloyda Martinez, agreed. “I just think it gets hotter and hotter all the time,” she said.

Melake Getabecha, program coordinator for the nonprofit Groundwork Denver's Heat Resiliency Project, helped get the conversation started. He’s doing a survey, asking older residents how they handle the heat, how they keep cool and whether they have air conditioning.

All of the women say they know heat can be dangerous.

Bertha Portales, 83, says summer heat complicates her respiratory problems. “You know in the summer, when the ozone is bad, I can’t go outside,” Portales said. “I can’t breathe! I have such a time.”

Heat waves elsewhere have claimed many lives. In the 1990s, a pair of heat waves hit Chicago and killed several hundred. Extreme heat in Europe in the summer of 2003 claimed tens of thousands of lives, more than 70,000 by one estimate.

Seniors, living alone without good cooling, are particularly vulnerable. Getabetcha said his group is developing an extreme heat plan, based on the survey.

“It could really be something that makes a difference of saving someone’s life,” Getabecha said.

Likewise, the wheels are in motion for the city of Denver. Sara Davis, with the city forester’s office, said low-income neighborhoods like Globeville have little tree cover.

“When you look at this map you can really tell that the hottest areas match those with the most unshaded, impervious surfaces,” said Davis.

The neighborhoods with the most tree canopy include the city’s most affluent: Country Club, South Park Hill, Montclair, Hilltop and Washington Park. Lower income, or newer, neighborhoods like Elyria Swansea, Globeville, Montbello, Lowry and Stapleton, are in the bottom half of the list.

The maps also correspond with what’s called the urban heat island, hot spots that can be several degrees hotter on a typical summer day.

“We have the third-worst urban heat island effect in the country behind Las Vegas and Phoenix,” said Liz Babcock, manager of the city’s air, water and climate group. “We have very low levels of cooling in most of our housing and our housing stock is older.”

She said the urban heat island effect kicks in strongly as temperatures increase.

Davis said the city aims to plant thousands of shade trees in right-of-ways. Denver won a $30,000 grant and is creating a vulnerability map to see exactly which populations are most at risk.

“It’s a slow-motion train wreck in a sense that we’re seeing these changes gradually evolve and we want to be able to adapt to those changes,” said Erickson.

Colorado is generally not considered a hot place. But that’s changing, according to Olga Wilhelmi, a project scientist at the National Center for Atmospheric Research in Boulder.

“With an increasing number of hot days and warm nights we may see more heat-related impacts on the state especially in some of the urban areas,” Wilhelmi said.

“It’s a risk that appears to be here now and growing, just based on what we’ve seen from the observational record,” said climate scientist Sanford.

A tool on the Climate Central website shows what kind of temperatures cities around the country can expect in 2100 if emissions from greenhouse gases, the gases fueling global warming, continue as they have. Denver’s average daily summer temperature would rise roughly 11 degrees, from about 86 degrees to 97 degrees, making it feel like the south Texas of today.

Back at Trevista Elementary, a window fan churns in virtually every room. This fall, voters will weigh in on a bond proposal that includes cooling upgrades in dozens of Denver schools including this one. The cost: $70 million, and that’s just one district in a warming state where many buildings were constructed for a cooler climate.

“A couple of years ago when we had a stretch of mid-90s days early in the school year for a couple of weeks and it was really brutal in that building and many others,” Suppes said.