The city of Denver is in the midst of a nearly $2 million project to replace lighting poles, fixtures and bulbs on the 13-block 16th Street Mall.

On their way out: High-pressure sodium lights that have an orange hue. On their way in: White LEDs.

“These street lights are about 30 years old. It was time for an upgrade,” said Denver Public Works spokeswoman Heather Burke. “Technology changes. It was time to change with it,”

Denver planned for years before converting the iconic 1970s-era light fixtures along the 16th Street Mall sidewalks to LED lights. They meet new guidelines issued this June by the American Medical Association (AMA).

Across the country, more than 10 percent of outdoor lighting is powered by LEDs. Because the energy savings can be as much as 50 percent, many cities want to make the change. But there are also health implications to consider; LED lights that appear too blue can suppress melatonin production, which can lead to increased diabetes and depression.

The newer LED lights cost the same, provide the same cost savings and last as long as older versions, so “there’s absolutely no reason to put in bad lighting,” said Dr. Mario Motta, who serves on the AMA’s Council on Science and Public Health. “You can put in good lighting.”

In June, the AMA issued three core guidelines for cities. It suggested using lights that are 3000 degrees Kelvin or below, referring to the color temperature of lights, where lower numbers appear warmer. Most older versions of LED streetlights installed before 2016 were 4000 Kelvin or above.

Professional groups including the Illuminating Engineering Society criticized the guidelines as too specific. The U.S. Department of Energy pointed out that blue light is not unique to LEDs.

Clanton has helped design LED streetlights for a number of cities including San Diego and Anchorage. In San Jose, she worked to install smarter technology that allows the city to dim street lights. 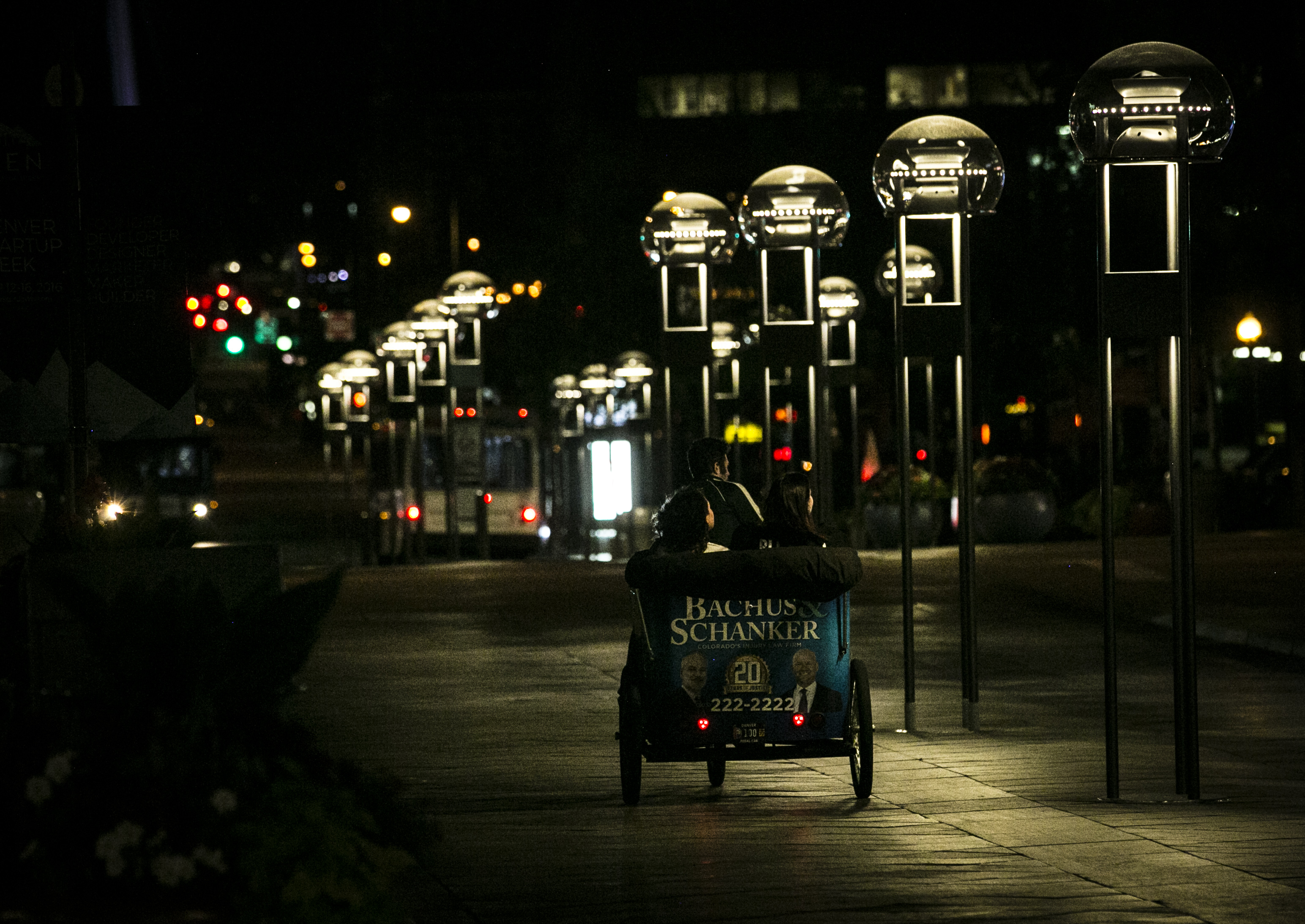 "Right before the bars close, they increase the lighting level so that everyone knows it’s time to go home, and then they decrease it back down again,” she said.

This dimming technology will be installed in Colorado Department of Transportation lights in the coming years. Dimming is also possible on new lights Clanton’s firm helped design for the 16th Street Mall.

Denver Public Works spokeswoman Heather Burke said the poles and globe lights will look the same to most. But there’s one noticeable change. Designers have restored a halo of lights that has been dark for years; lost when Denver planners switched light bulb types decades ago.

"The twinkle rings, you can see that ring up there. On the old lights they were inoperable for a long time. So those are restored now. And it’s going to create a brighter more inviting light for folks,” she said.

The AMA guidelines were a challenge for cities that had already invested time and money converting to LEDs. Some cities like Lake Worth, Florida, changed course and opted for warmer LED streetlights.

For Ouray, on the Western Slope, which installed LEDs in 2009, the AMA guidelines released this year were just another bump in a long road adjusting to the new technology. 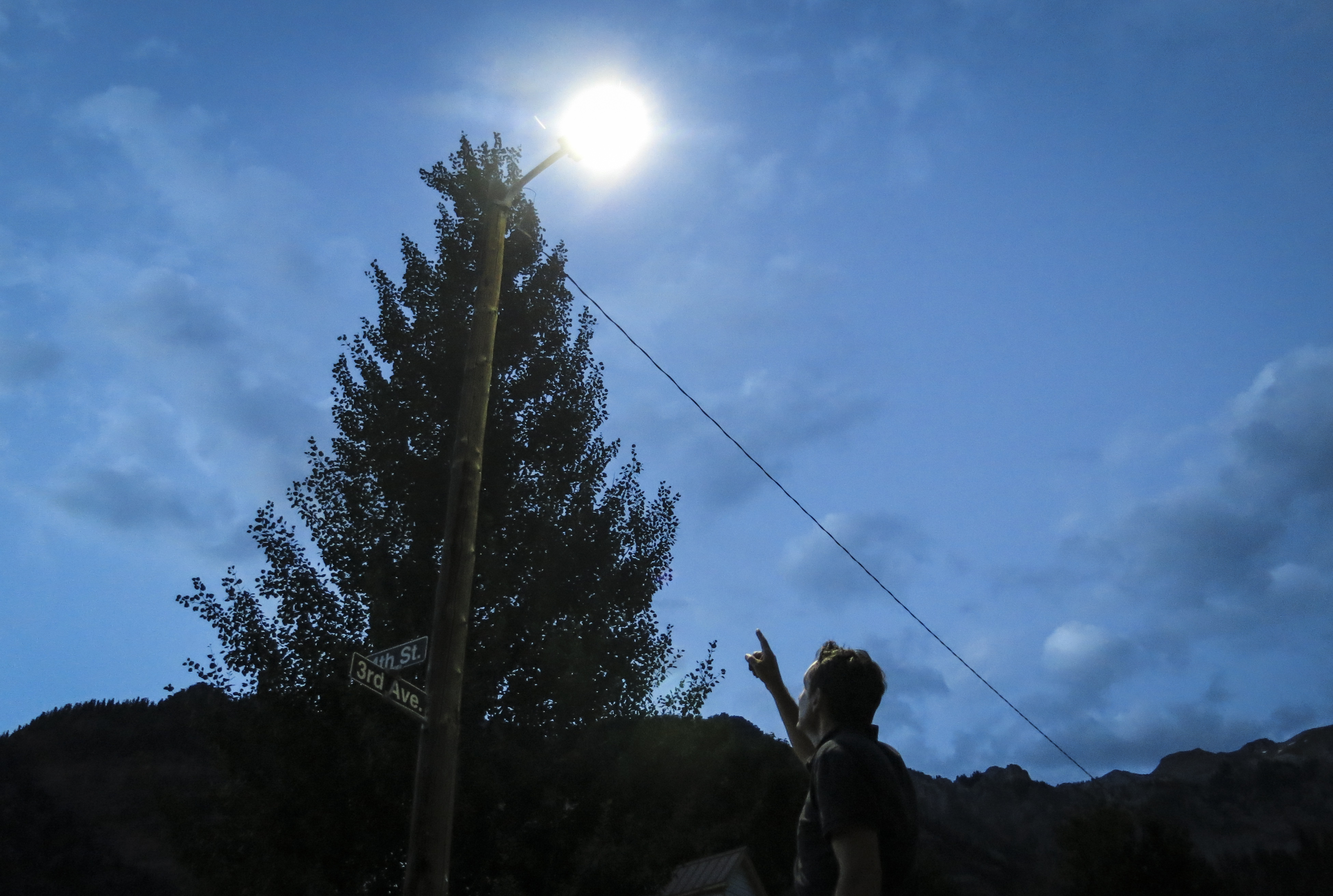 City Administrator Patrick Rondinelli said Ouray was the first in the state to make the move. A huge selling point was preserving darker night skies.

“In Ouray we’re very fortunate. We can actually still see the Milky Way. You get to Denver, you can’t see that anymore,” he said.

But since 2009, Ouray has noticed a few hiccups as an early adopter of LED technology. LEDs cast a more narrow light pattern compared to other lights. After installation, suddenly large sections of neighborhood blocks went dark. Only the intersections -- where the LED street lights were placed -- appeared lit.

That’s a problem when you have bears walking down side streets.

“As our law enforcement are trying to chase bears around and get them out of the community, they have a hard time seeing a lot of that,” said Rondinelli.

Rondinelli said he doesn’t know what to make of the recent AMA guidelines. Overall, citizen feedback has been positive and cost savings have helped the city’s bottom line.

“We’ve had some lessons learned along the way. But there’s no regrets,” he said.

Since LED technology changes so quickly, there may actually be a benefit in moving slowly.

If a proposed budget item is passed, Fort Collins will swap about one-third of its streetlights to LEDs in 2017 and 2018.

Fort Collins Engineering Manager Kraig Bader said the city hopes to install 3000 and 4000 Kelvin lights with varying brightness depending on how large and busy streets are. It plans to study the results before converting the rest of the city’s lights.

“In essence we’re going slow to go fast later on,” he said.