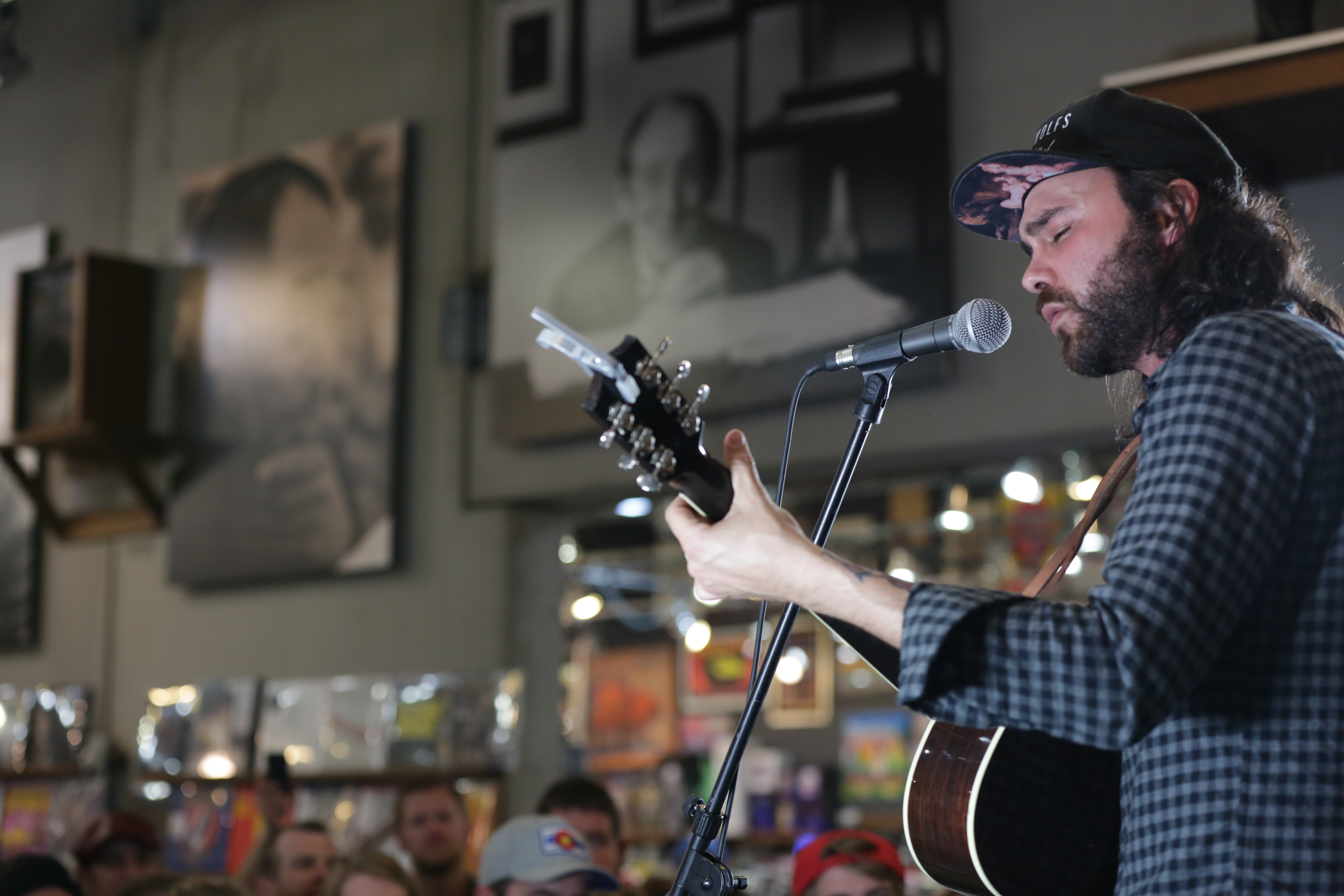 Denver's annual Westword Music Showcase returns on Saturday. It's a day-long music event that will feature more than 75 bands playing on a dozen stages at venues in the Golden Triangle neighborhood.

Here are a few of the standout musicians playing Westword this year. We filmed two performances from headliner Shakey Graves during his previous visits to Colorado. And we've recently hosted several Colorado acts on this year's bill in the CPR Performance Studio.

Below, watch those videos and learn where to see the acts we've highlighted on Saturday.

The Austin, Texas, folk singer is no stranger to the Centennial State. He's teamed up with Colorado native Esmé Patterson on multiple occasions, including the hit single "Dearly Departed." He performs on the Coors Light Stage (12th Ave. and Broadway) at 8:35 p.m.

A concert from this experimental Denver band is as much a visual experience as a sonic one. Members also run the local production space Moon Magnet Studios. The band performs at The Church (1160 Lincoln St.) at 6:10 p.m.

Bison Bone's story starts in Oklahoma, where frontman Courtney Whitehead got his start playing at barn parties. He's since moved to Denver and released the debut album "History Of Falling." The band performs at #VYBE at 1:50 p.m.

One of Denver's most promising young hip-hop acts, YaSi has received plenty of attention for the Sur Ellz collaboration "Pink Caddy." ​She performs at City Hall Amphitheatre (1144 Broadway) at 1:30 p.m.​

iZCALLi's brother-sister combo of Miguel and Brenda Aviña hail from Mexico City​. Since moving to Denver, their band has won over both English- and Spanish-speaking rock fans. The band performs at Stoney's Bar and Grill (1111 Lincoln St.) at 6:10 p.m.

Tate is another favorite among Westword readers: they voted her "Best Singer-Songwriter" last year. Her album "Broken Open" features members of Chimney Choir and Clouds & Mountains. She performs at 100% de Agave (975 Lincoln St.) at 5:30 p.m.

The Fort Collins indie rock band performed at this year's SXSW in Austin, Texas, and Treefort Music Festival in Boise, Idaho. The band performs at Stoney's Bar and Grill at 5:15 p.m.

Check out our Summer Festival Guide for details on more music events coming to Colorado this summer.