The federal government will soon decide whether nursing pilots and flight attendants from Frontier Airlines can sue their employer for discrimination. They claim company officials would not accommodate pumping breast milk on flights.

Four pilots and two flight attendants filed complaints with the Equal Employment Opportunity Commission alleging Frontier is discriminating against pregnant and nursing women by not making modifications that allows them to pump at work.

The women argue that because Frontier Airlines is not accommodating nursing employees — including banning them from pumping on the plane — the company is in violation of state and federal laws.

A recent federal court ruling may be helpful for the pilots and flight attendants. A judge ruled last week that an Alabama police officer was within her rights to quit when her employer didn’t provide a desk job while she was breastfeeding. She said the bullet-proof vest she normally wore didn’t allow her to pump on the job.

Frontier Airlines says they are following state and federal law, but acknowledge much of the flexibility given to flight attendants to craft schedules depends on seniority.

“In most cases, Frontier has a really flexible scheduling policy where the flight attendants can really work with peers or colleagues to trade or swap for flights that fit their needs,” said Frontier spokesman Richard Oliver.

Depending on how the EEOC rules, the employees could go on to sue Frontier for discrimination. A ruling could come at any time, lawyers said. 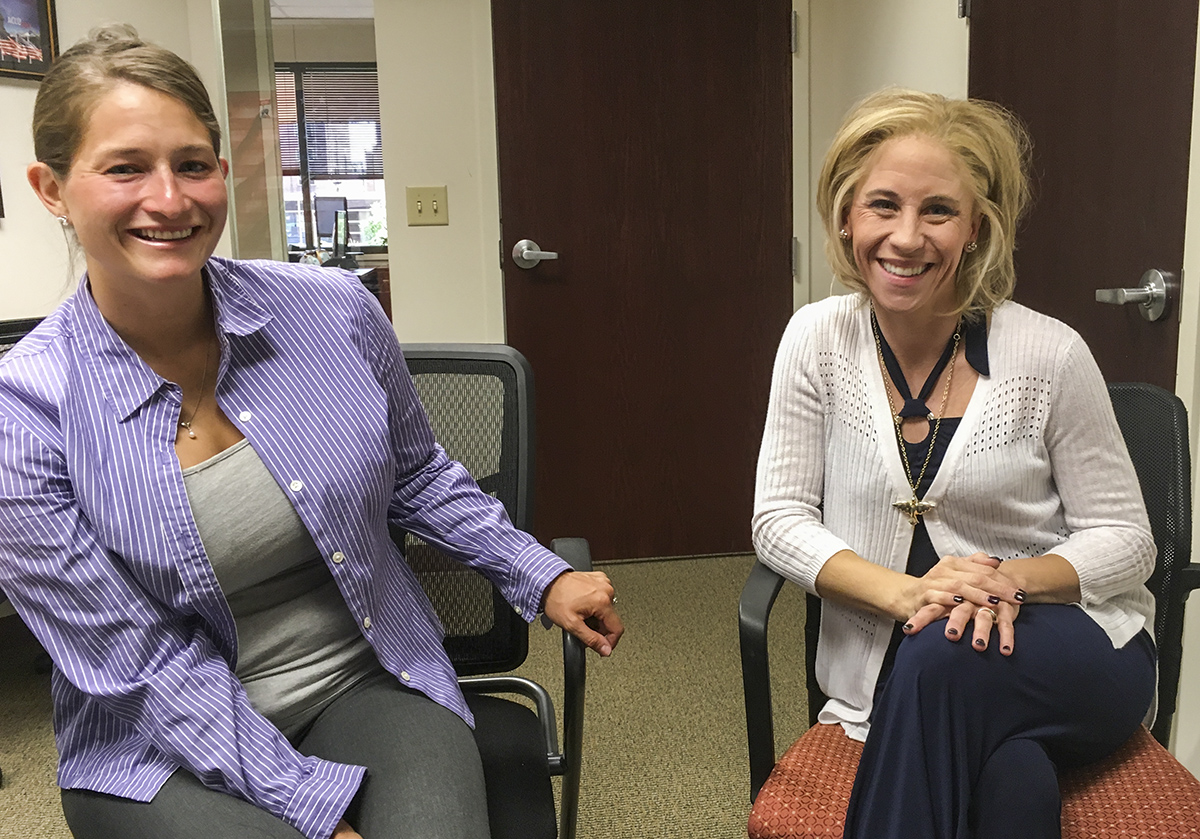 The flight attendants and pilots have slightly different working conditions and contracts. But the overall remedies are the same, said Sara Neel, an American Civil Liberties Union attorney representing the Frontier employees.

“The bottom line is Frontier needs to be complying with state and federal laws that require that they don’t discriminate against their employees based on pregnancy and childbirth,” Neel said.

The accommodations include temporary, alternative assignments, allowing women to extend maternity leave and for the company to designate private places for employees to pump — including airports, and allow the employees to pump on the aircraft when necessary.

Flight attendants, including Stacy Rewitzer who is on the EEOC complaint, say Frontier’s policies banning pumping on the aircraft is prohibitive, given they often don’t have time to get off the airplane between flights and it’s not unusual to work 10- to 12-hour days.

“There is no way for me to go find a pump station, pump, and it takes me 30 to 40 minutes to pump, and clean my equipment, pack my milk back in my cooler and get back on the plane,” Rewitzer said. “It’s just not possible.”

Another obstacle, the flight attendants and pilots say, is that Denver International Airport hasn’t had any secure, designated pumping rooms inside of security.

The airport plans to remedy that. Three new family rooms will soon open in each concourse, specifically for nursing mothers and their families.

DIA spokesman Heath Montgomery says the new rooms are prioritized for passengers, but the airport would also allow airline employees to use them if necessary.

Pilot Freyer was given a list of places to pump in different airports on her breaks.Bbut those lists were woefully inaccurate, she said. This has forced her to find “pretty much the grossest facilities you can possibly imagine.”

“Closets, bathrooms,” she said. “You’re trying to create your kid’s next meal and there’s a germ infestation.”