Colleges and universities across Colorado are helping some of their undocumented students reapply for federal work permits — including paying the fees and giving them legal advice — with the hope they don’t drop out of school.

Despite the Deferred Action for Childhood Arrivals program’s murky future, state college presidents said they want the students to renew the two-year permits that allow them to work and attend school. There are an estimated 1,100 undocumented college students in the state.

“They have worked so hard to get to the University of Colorado and we want to help them be successful and complete their education,” said CU Regent Linda Shoemaker.

Thursday is the deadline for many of them to reapply for a federal program that’s been in flux since the Trump administration signaled its end and pushed DACA’s fate to Congress. Several bills have been introduced that would help protect DREAMers.

“This deadline was the thing we needed to make sure we were on top of,” said Metropolitan State University President Janine Davidson.

Metro’s immigrant services office was bustling on a recent day as students sought help and advice. The downtown Denver university has the highest number of DACA students in the state.

Reapplying for another two-year DACA work permit costs almost $500. To make sure that's not a barrier for their students, many public and private Colorado colleges have offered to cover that through private funds.

University of Colorado President Bruce Benson solicited donations and kicked in $10,000 of his own money. Similar crisis funds exist at Colorado State University and the University of Denver. Officials hope students don't see all the uncertainty on the federal horizon and give up. 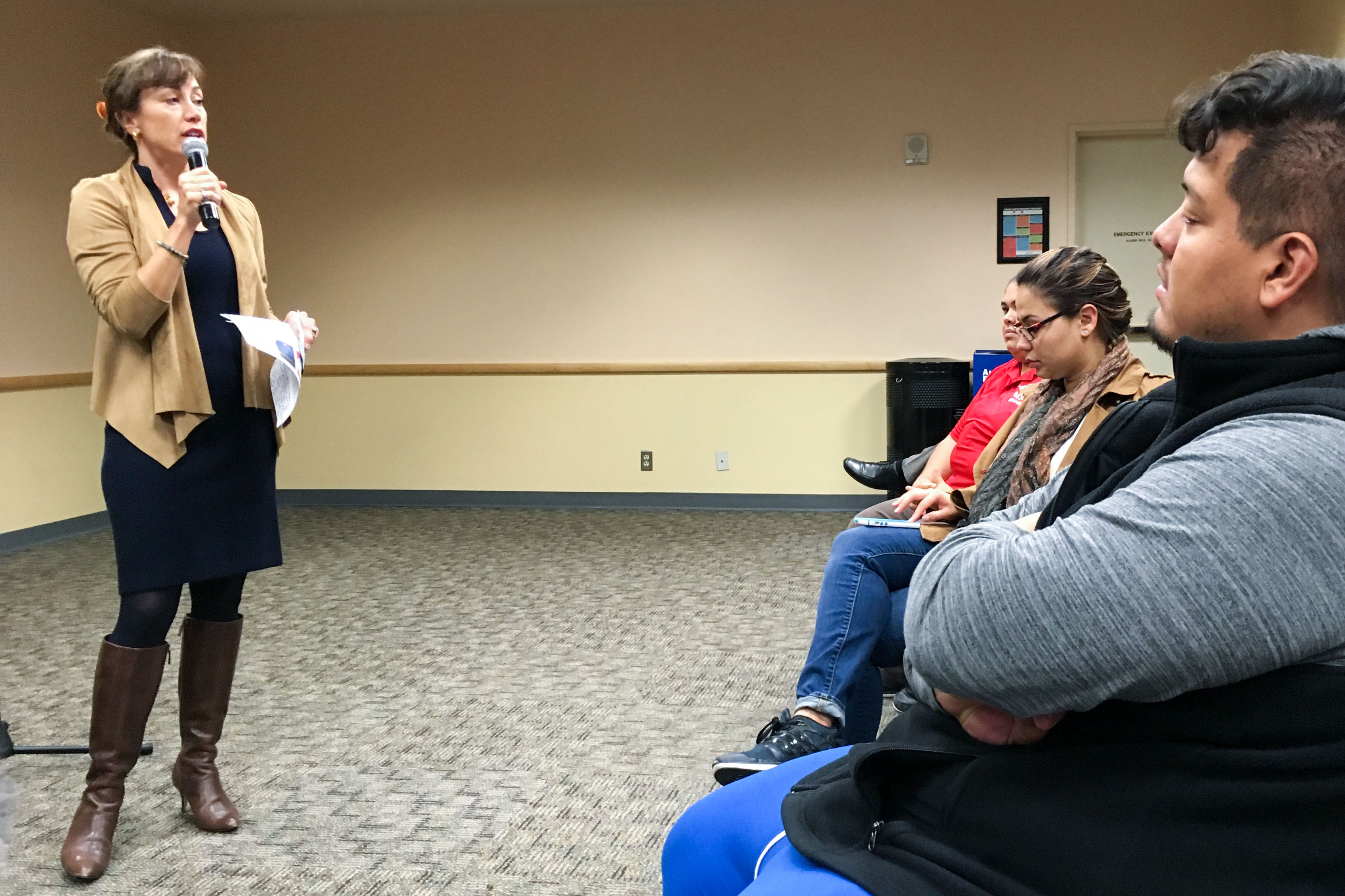 Francisco Hernandez took up Metro on the help for his reapplication fee. He calls DACA a blessing because it’s allowed him to work a good job while attending college full-time.

“It’s also helped pay instate tuition and support myself financially to pay for school as well. It’s expensive,” he said.

Hernandez, a Spanish major and Mexico native, has lived in Denver since he was 12.

The uncertainty around his future has him thinking about a lot of options. He’d rather stay here, but his bilingual skills do present an option for finding translation work if he is sent back to Mexico.

Colleges officials are worried that uncertainty around DACA’s future could lead many of those them to give up on their studies. The result is they've been doing what they can to keep those students engaged.

A forum held at the Tivoli Center on Denver’s Auraria campus was one of those engagement efforts. Lawyers, immigrant rights advocates and some childhood arrivals all spoke out, trying to keep DACA kids enrolled. Student Iliana Chavez says the uncertainty is particularly hard given many of her peers have worked themselves up to a middle-class existence — and they worry it's all going to go away.

Though the deadline to reapply for DACA is Thursday, colleges report there is still plenty of money left over in their crisis funds ready and waiting to help future undocumented students get into DACA — that is if the federal program has a future in the hands of Congress.

Read More: The Deadline Is Here For Thousands of DREAMers (via NPR.org)