Visit Colorado once or twice, and you’ll learn to appreciate its majestic scenery, stunning vistas and unique natural features. Live in Colorado, and you’ll discover that everyone else is busy appreciating them too — perhaps a bit too much. It’s an old lesson for those who oversee public lands in the state and particularly Garden of the Gods Park in Colorado Springs.

The iconic bundle of red rock formations spans about 2 square miles. In the summer months, it’s brimming with visitors — 5.8 million just last year. Now, city officials are planning to test out some methods to control the crowds and scale back on the vehicle traffic, which chokes the main road through the park so thoroughly that it can take more than two hours to get from one side to the other.

That’s why city officials are now exploring a new paid parking lot and shuttle service throughout the park, to encourage people to leave their cars behind. A wheelchair-accessible trail will also be added, and starting on Earth Day, the park will experiment with vehicle-free days.

And park officials are doing their best to protect some of the most-loved parts of the park, like Signature Rock. That’s a large, deep red rock formation etched all over with dull grooves. At one time, the rock had autographs from historical figures including a member of the gold-seeking Lawrence Party in the 1850s.

“Here in the rock was evidence of their passing,” said Bret Tennis, park operations administrator for Garden of the Gods. With a sigh, he added: “It’s all gone now.”

The signatures have been overwritten by others, more recent and probably less notable. Tennis called it “human-caused erosion” — better known as vandalism. “We don’t even talk about it anymore [on tours] because you can’t see it,” Tennis said. “And we don’t want to encourage it.” 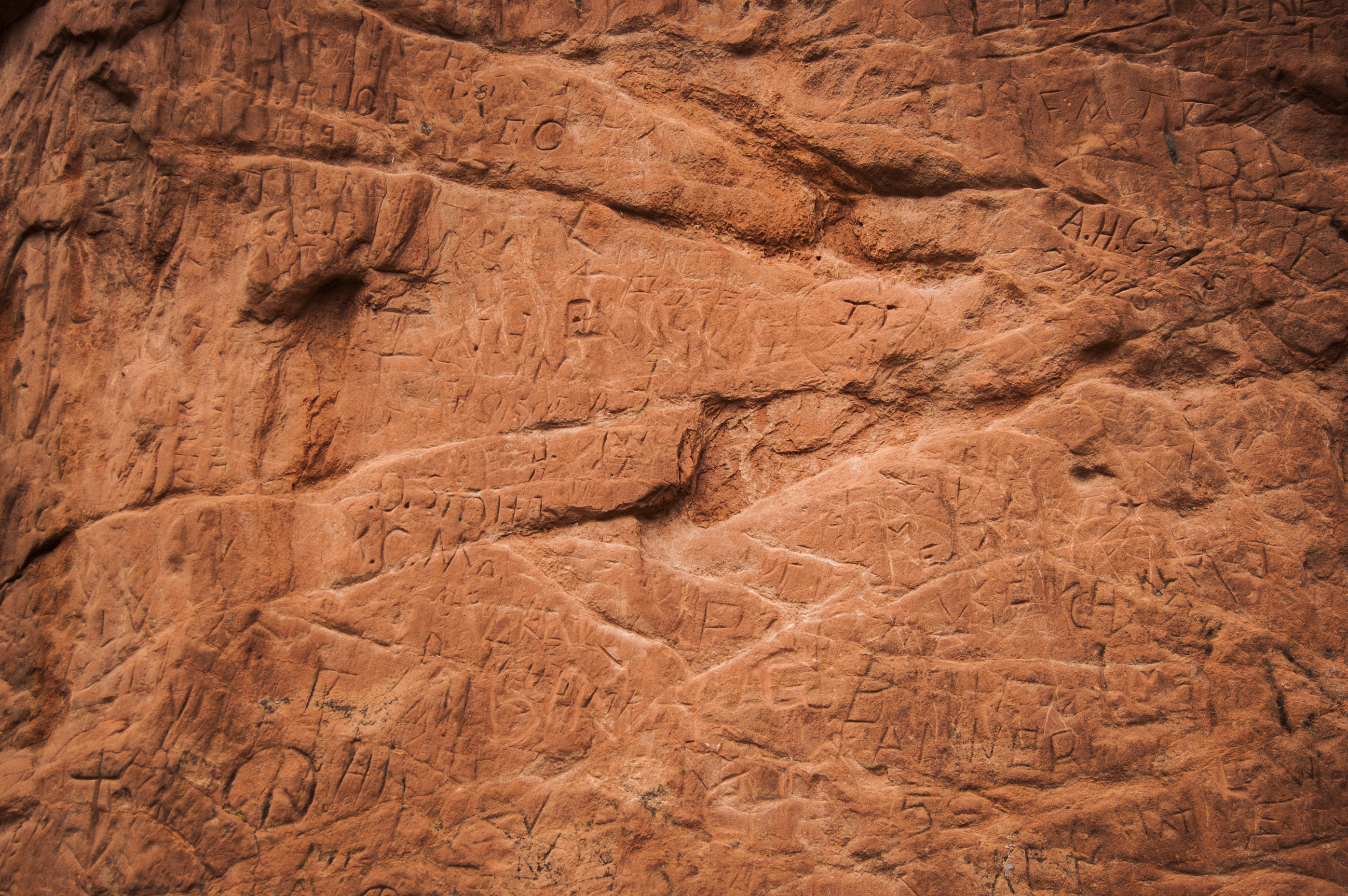 Tennis has his hands full elsewhere as well. Ambitious tourists, often without the proper gear or permits, can get stuck trying to climb down Gateway Rock. Park officials and first responders have nicknamed part of large formation “tourist gully.”

“This is where we have most of our rescues, especially in the summer,” Tennis said.

Droves of visitors, their numbers growing year over year, just want to get in touch with nature — literally, at times. The park has joined an unfortunate club that includes many of Colorado’s most-prized wild places, all of which are buckling under the stress of runaway popularity. What sets this place apart, though, from other hot spots like Hanging Lake or Maroon Bells, is that it is a city park.

“While Garden of the Gods is a very iconic park and everybody realizes that, the local community [feels] it is ‘our park,’ ” said Kim King, recreation manager with the Colorado Springs department of parks, recreation and cultural services. She points out that the Perkins family, which originally deeded Garden of the Gods to the city, did so on the condition that it be kept free and open to everyone in perpetuity.

National parks, King said, can charge admission. “We cannot do that,” she said. “We have to make it accessible.”

That limitation has led the city to look at some of the crowd-control methods that will soon be tested. Over the last year, King has overseen a transportation study that recommends adding up to 600 parking spaces and shuttle service during the peak summer months, when the roadways can be a tangle of cars pressed bumper to bumper. King and her department are now exploring putting in additional paid parking.

“We’ve actually come to the conclusion — and we’ve had this backed up by the [city] attorney’s office — saying that we could never close the park and start charging admission,” she says. “But that doesn’t prohibit us from charging for parking, so long as there are other ways you can access the park.” 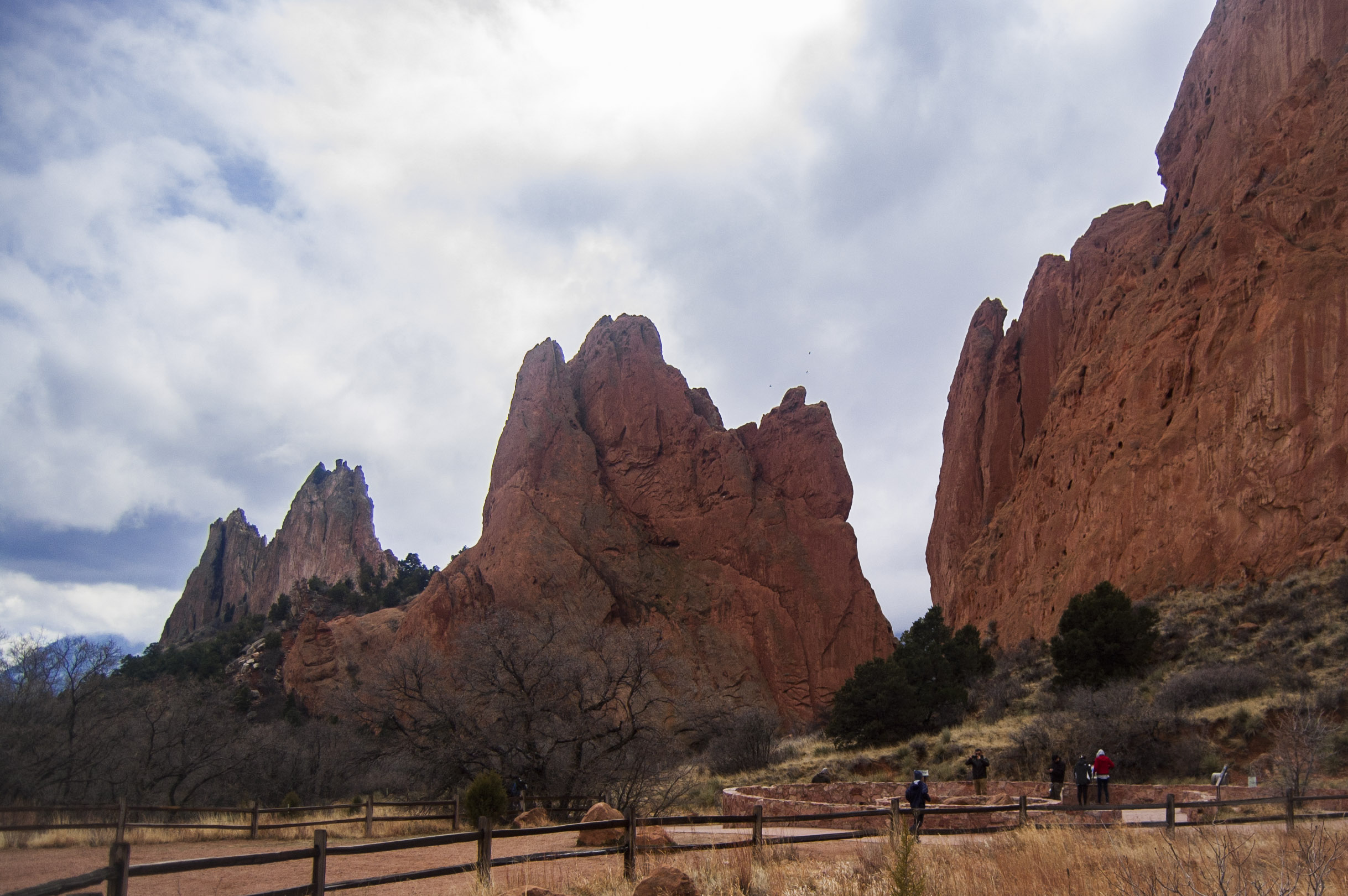 King said the fees would pay for a shuttle system. But for some, it’s not the cost — it’s the location. The city plans to put in a temporary parking lot at Rock Ledge Ranch, a historic site that’s technically part of Garden of the Gods. The site is already used as overflow parking for special events.

Hank Scarangella is the board chair of Friends of Garden of the Gods, a volunteer group that has adopted the park as its own — but does not hold any decision-making power. He worries about that temporary lot possibly becoming permanent.

“To me that would be a big change not only to the appearance, but also to the ecology of the park,” he said.

Scarangella said if that lot eventually becomes paved — which has not been ruled out by the city — it would be an eyesore, and could even disrupt plants and wildlife. He also warns that it could cost Garden of the Gods its 1971 designation as a National Natural Landmark.

“The NNL designation essentially says ‘don’t screw it up.’ You can’t change anything that undermines the basis for the designation in the first place,” he said.

Jan Martin, president of the Garden of the Gods Foundation, is not so worried. Her group owns and operates the visitor center, and donates the proceeds to the city to pay for the management of the park itself.

“It’s hard to know what the solutions are, and I think that’s one of the reasons that we’re considering some pilot programs to just try some things. Let’s try some things this summer and just see what might work, what might help, and how it impacts the customer’s experience in the park,” she said.

In addition to the paid parking lot and new shuttle service, park officials will also be testing out a bike rental service this summer.