For most, Bishop Castle in Rye, Colorado, is a quirky roadside attraction. For others, it’s the backdrop for cherished memories like marriage proposals or weddings.

For the Bishop family, it’s a bit harder to define. Not quite a family business, definitely a legacy of some kind. The oddball creation of family patriarch Jim Bishop doesn’t come close to eclipsing the children in their parents’ eyes, but it’s always been large enough to occupy a good chunk of a lifetime in pursuit of an ambitious — if not unconventional — dream.

The March fire that destroyed the gift shop now prods a question of Bishop Castle’s heritage and future. The castle itself was unharmed by the flames.

“It could’ve been electrical, it could’ve been somebody camping out on the porch or started a campfire that got out of control, we don’t know,” eldest son Daniel Bishop said with a shrug. “It’s really not all that important.”

The Bishop family has been crowdfunding money to rebuild, supplementing whatever they collect from the donation bins placed all around the castle. Volunteers have also come to help clear the wreckage. Jim Bishop, the builder himself, hasn’t let age or infirmity stop him from rolling up his sleeves, too. Daniel says that’s just who his dad is.

"I don’t plan on working on anything until he’s gone, because he wants it to be a one man project as long as he’s alive," Daniel said. 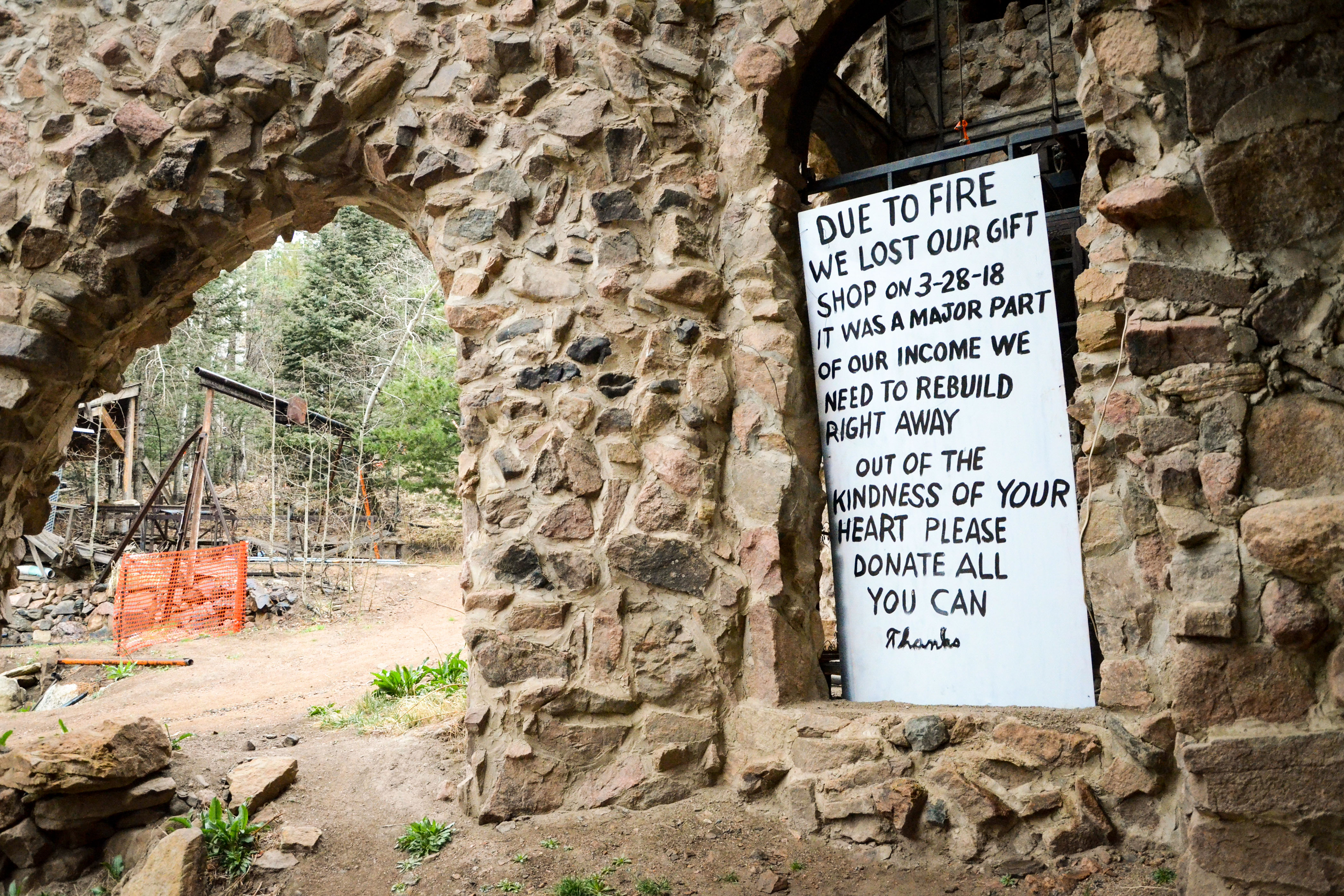 Right now, Daniel handles much of the upkeep — patching broken welds, cleaning up broken glass and dealing with tourists. Jim helps out as he can. Ultimately, Daniel would like to realize his father’s vision for the place: A castle surrounded by a perimeter wall, lined on the inside with vendor stalls. That comes before any grand plans Daniel may hatch for the castle himself.

“There’s enough work there that it would take two or three lifetimes to complete, and I’m already 45,” Daniel chuckles. “I’ve only got so many years to get something done myself.” 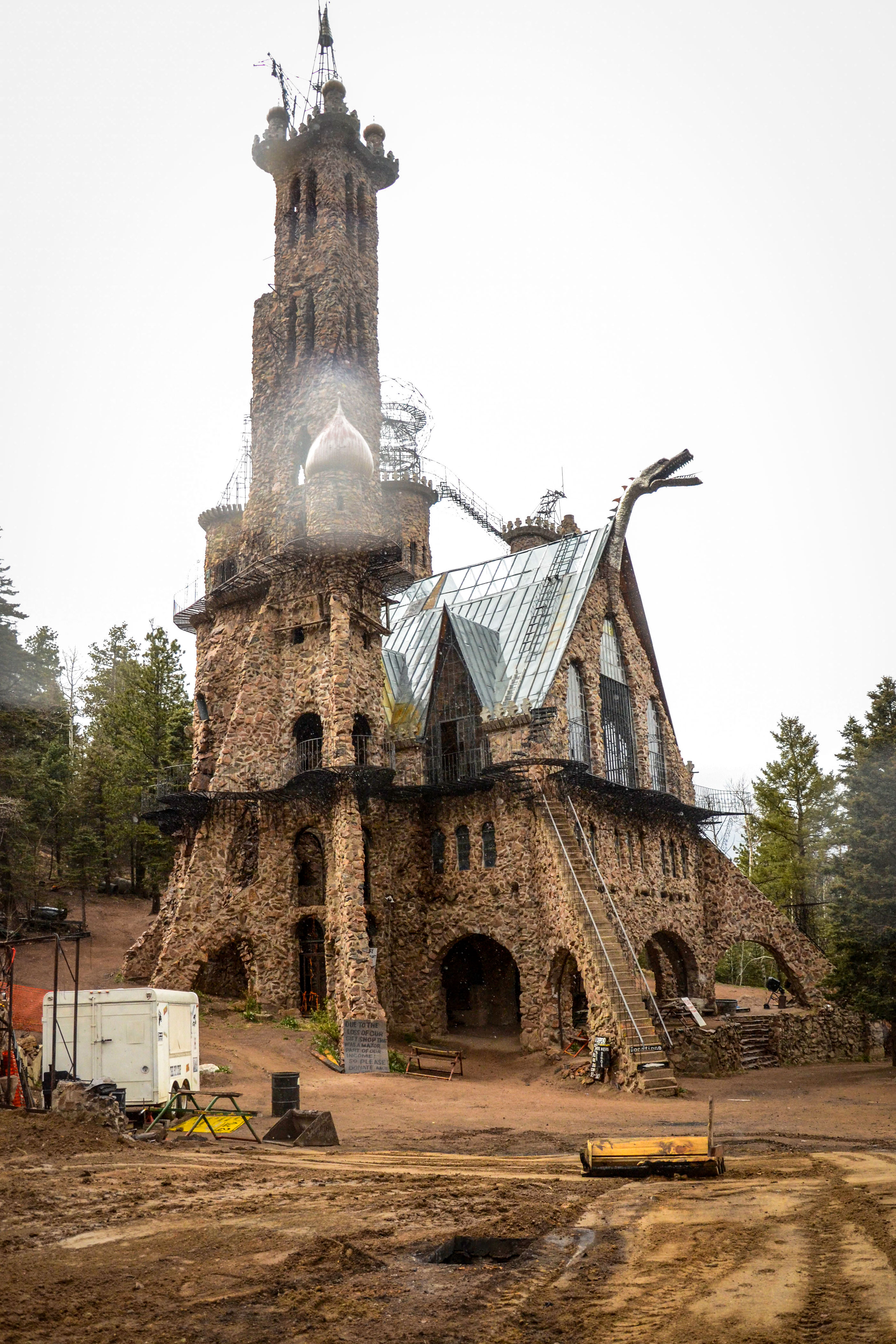 Daniel’s parents, Jim and Phoebe, are both in their 70s. Jim was diagnosed with Parkinson’s disease a few months ago. Not only is he still working as much as he can up at the castle, but he’s trying to care for Phoebe, who suffers a litany of ailments and medical problems. Jim doesn’t think he’s doing a good job of that.

“Because she’s a good cook and I’m not,” he said. “So she ends up cooking for me and she’s dying of cancer, and she’s in terrible pain, she’s allergic to all pain medications.”

When the gift shop burned down, the Bishops lost their only reliable stream of income. Phoebe says the early morning phone call from the fire department was devastating.

“It’s like...it’s like I was a hot air balloon way, 10,000 feet high,” she said. “And all of a sudden, there was no air in the balloon, and I was there just waiting for the total destruction of me.”

And things haven’t stopped. In fact, aside from the lack of a gift shop, everything at Bishop Castle has been business as usual. And that’s how it’s supposed to work. Jim Bishop says the castle was never for him or for his family. It’s for everyone else.

“Them walls, them buttresses, arches, towers. If there wasn’t somebody to climb on them, be inspired by them, get married up there, and use them, and have fun screamin’, hollerin’ and climbin’, there’d be no point in doing it,” he said. “It would be like the noise in the forest. Did it really happen? Was there a noise? Oh yes there was, but how can you prove it? Well the castle’s its own proof.” 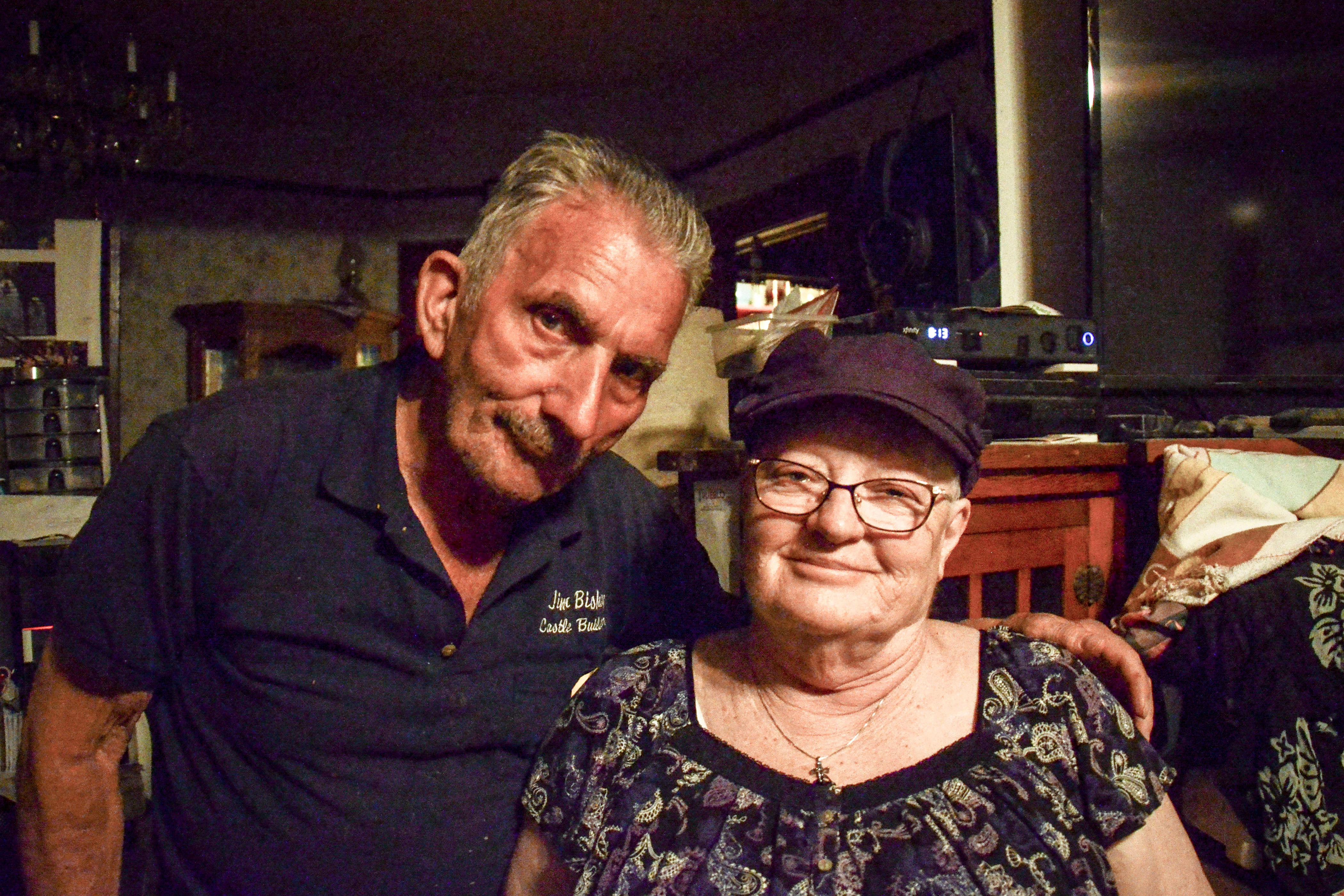 He plans to keep showing off. Until he can’t.

Otherwise the hope remains that visitors will still be greeted by the gleaming metal dragon’s head that juts out from the front of the building, almost like a figurehead on a ship. That they’ll still be able to pass through stone arches and take the tower stairs up to the second floor hall where windows of stained glass cast multicolored light across the floors (Each window pane commemorates a birth, a death, a wedding anniversary, the list goes on and on). That the grand ballroom, a bright and airy hall with hardwood floors and glass cathedral ceilings, will still host wide-eyed visitors.

The dream still lives on for what began in 1969 as a simple rock cottage and now stands today as a monument to preserving one man’s mission.