But what may be a lawful alternative to traditional medicine to one parent is a dangerous drug to another, with some even considering medical marijuana use among youth to be tantamount to child abuse.

While the medical community continues to research the impacts of marijuana on young children, parents who have completed the necessary paperwork for their child to be a card-carrying cannabis patient should have nothing to worry about.

After 'Zombie' Medications, A 'Miracle Cure' With CBD

Vicki Trujillo’s 12-year-old son Jonah has a handful of diagnoses. ADHD, PTSD, impulsive mood disorder and oppositional defiant disorder. His mother said he used to act out in school, cussing and throwing things.

“He would destroy a classroom,” she said.

The Trujillos first turned to a laundry list of pharmaceutical medications, almost all of them coming with their own litanies of side effects.

“If it was certain kinds of medication, he was a zombie,” she said. “He didn’t really function.”

One of those medications -- an antipsychotic called Risperdal -- left Jonah with violent spasms, which eventually became life-threatening. One time, Trujillo even found her son unresponsive.

“We had to call the ambulance, and I think it took the ambulance eight minutes to wake him up,” Trujillo said.

It was after those incidents that Trujillo turned to edibles and CBD oils for her son. She said his behavior has done a 180°. She praised cannabis for the change, calling it a miracle cure.

So what happened next shocked her.

In late July of last year, Trujillo got a call from Denver’s Department of Human Services. She had been reported on suspicion of physically abusing her son, according to her file with the department. In phone calls Trujillo recorded and provided to CPR, a caseworker named Lindsay Loos is clearly heard discussing Jonah’s marijuana use.

The caseworker asked whether or not Jonah was under the supervision of a doctor -- something already required by the state Marijuana Enforcement Division to obtain a medical marijuana card. 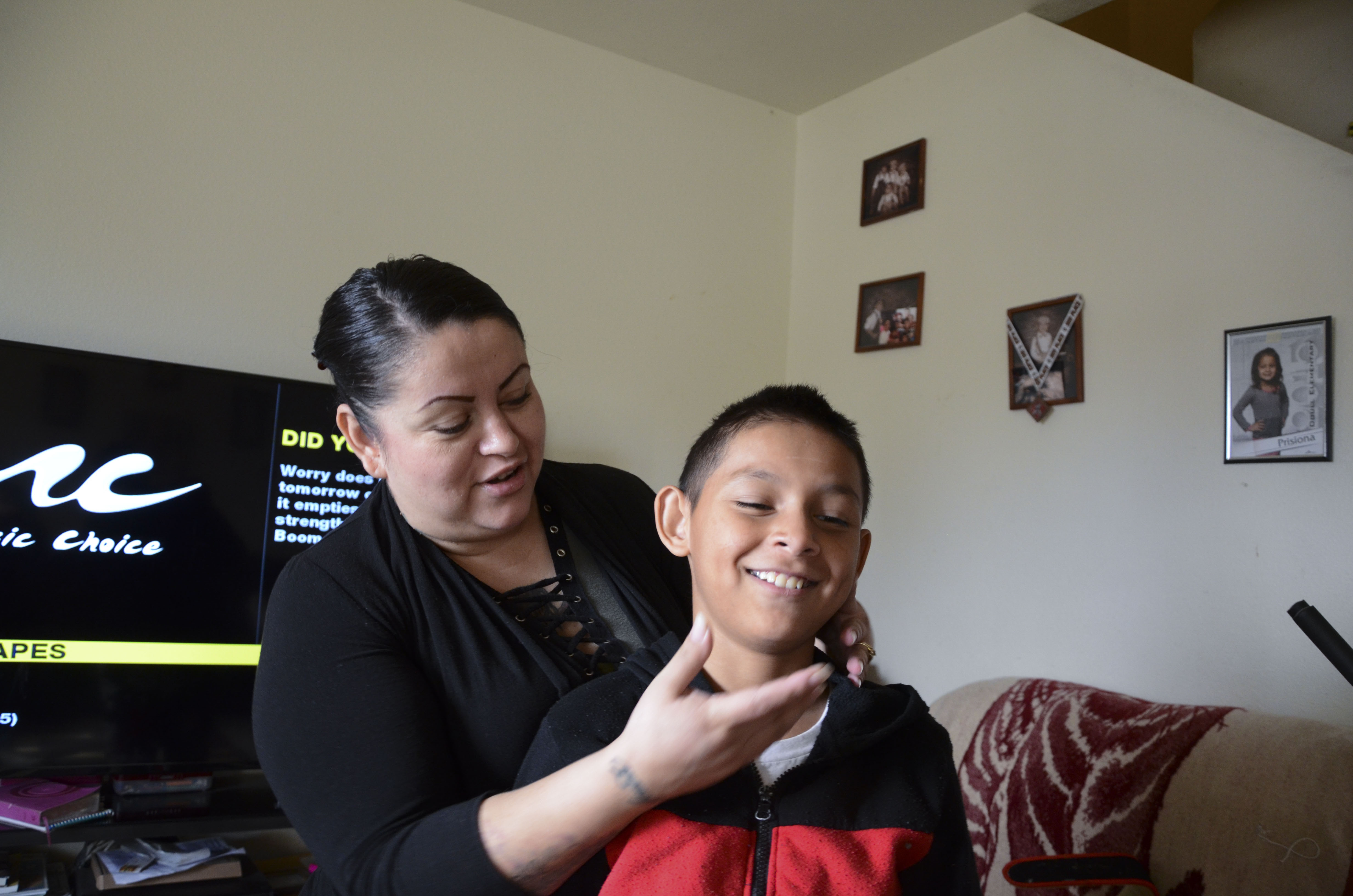 The department’s file on Trujillo shows that a clinic worker at the Mental Health Center of Denver expressed concern after one of Jonah’s appointments there. Trujillo had told Jonah’s care team that she had weaned her son off all pharmaceuticals, and that she was using CBD oil to treat him.

At the time Trujillo received this call, Jonah had a temporary medical marijuana card, and was waiting to receive a permanent one.

According to DHS documentation provided to CPR News, a two-month long investigation ensued. Trujillo was required to submit to home visits and allow a case worker to interview each of her children.

A month into the investigation, Loos called CDPHE to verify Jonah’s medical marijuana card. It doesn’t appear the caseworker received a response from CDPHE. Later notes detail a conversation with a social worker who, “agreed that at this point it is hard to ascertain that [Trujillo] is follow[ing] the law/rules in regards to [Jonah’s] MMJ license and use.”

Even though the case was closed, Trujillo said she was reported a second time last year. The circumstances are similar -- her file with the department said the second case was opened because Trujillo was suspected of failing to protect her son from sexual assault. The assault referenced in the file occurred when Jonah was four years old, and was documented in Trujillo’s earlier interactions with the department.

When Trujillo got a call from the same caseworker, marijuana was again the topic of conversation. In fact, the notes in the second case are strikingly similar to the first -- concerns over which physician was monitoring Jonah’s marijuana use, which pharmaceutical medications was he taken off of.

Another two-month long investigation followed. Jonah’s primary care provider told Loos that she doubted that marijuana was an effective treatment for Jonah’s issues, and she was uncertain about the physician  supervising Jonah’s marijuana use. Jonah’s social worker accused Trujillo of “manipulating the system.” In the end, the case was closed “inconclusive for Medical Neglect.”

Some parents of children on the medical marijuana registry say they feel they have to look over their shoulders, always at risk of school nurses, pediatricians or parents reporting them, said Indra Lusero, a lawyer and founder of Elephant Circle. The group offers emotional support and legal services primarily to pregnant women and new mothers.

Even if parents use marijuana themselves -- including after kids are in bed -- they could also find themselves under the magnifying glass of child welfare officials, Lusero said.

“Many parents, I think appropriately, are under the impression that since it’s now a legal substance, it will be handled more like nicotine or alcohol and that they couldn’t expect that it would be punitive in any way,” she said. “And they don’t realize that it might be until they encounter a social worker in the hospital, or a nurse in the hospital who says ‘We’re going to refer this to child welfare.’”

“There are a number of perceptions out there, and that may or may not be motivating somebody to call,” said Paige Rosemond, associate director for programs for the Office of Children Youth and Families at CDHS. “We really try to remove those biases in how we approach a family, and that’s why we have the rules, the regulations, statute guiding that decision making, and really focusing on what is the impact to the child?”

CDHS doesn’t know how many hotline calls have to do with marijuana, but they should be able to track that data soon. And Rosemond said the department does train caseworkers to think more holistically about marijuana use in the home.

“We talk a lot about marijuana, we have specific trainings around marijuana because we also want to combat any biases and again really focus on the ability to care for a child,” Rosemond said. “And so we really focus -- as opposed to what the substance is, the legality of the substance -- how is that substance in turn impacting a parent’s ability to provide care?”

Rosemond would still advise people to err on the side of caution and dial the hotline just in case. Meanwhile, Lusero thinks the public should be more thoughtful in involving child welfare in these situations. While she recognizes there are cases where a referral for parental marijuana use uncovered other abuse, she has also been a part of cases that didn’t go that way.

Once, Lusero represented a parent who had their child removed for medical marijuana use. Her client used marijuana to treat seizures. Part of the reason her client’s child was taken from the home hinged on a judge’s misunderstanding of how the marijuana was being used, Lusero said. The judge worried the parent was conspicuously using marijuana in front of their child, when in reality, they were consuming marijuana via suppository.

Based on her first-hand experience with these cases, Lusero wishes there was more discussion about the traumatic effects of removing a young child from their family, even for a short period of time.

So even though it’s legal, some parents may feel compelled to keep their use hush hush to stay on the right side of child protective services, Lusero said. Parents who sign their children up for medical marijuana cards don’t have that option, though.

That doesn’t bother Trujillo. She says she’s got nothing to hide.

“I express that a lot to my son, ‘Don’t ever be ashamed or have to hide it,’” she said. “I don’t hide it from nobody that my son is a cannabis patient and that I am a mom of a cannabis child.”