After Tuesday’s primaries, a new class of progressives is set to represent Denver at the state assembly.

Term limits and an unpopular incumbent created a handful of vacancies in the Mile High City. Candidates poured into the primaries, running on platforms that have become increasingly familiar within the left flank of the Democratic Party: health care as a human right, universal pre-K and an aggressive defense for immigrants.

The victors found ways to connect those policies with their respective communities. Together, they could form the backbone of a new progressive coalition in the legislature.

“This further proves that what we call progressive issues matter to so many,” Sirota said after her win. “These aren’t partisan issues. They are issues that speak to all people in Colorado.”

Wheeland embraced many of the same issues as Sirota. Both campaigned on their support for neighborhood schools and paid family leave. And the similarities extended to how they ran their campaigns, with neither accepting corporate PAC money.

What split the candidates was their relationship to Planned Parenthood of the Rocky Mountains. The pro-choice healthcare organization endorsed Wheeland and spent a total of $50,000 on her behalf. The money went toward mailers and online advertising. Meanwhile, Sirota criticized PPRM for seeking to stop a unionization effort at the nonprofit. Executives have asked the National Labor Relations Board to block the union, arguing it should include clinics in all three of its states.

Colorado’s Ninth House District is heavily Democratic, which means Sirota will likely replace Rep. Paul Rosenthal next year. Rosenthal was the subject of a sexual harassment complaint that was dismissed by leadership just before the last legislative session. He lost his spot on the ballot following those accusations and after constituents withdrew support based on his past positions in the legislature.

In each of those races, progressive candidates with Hispanic backgrounds prevailed. 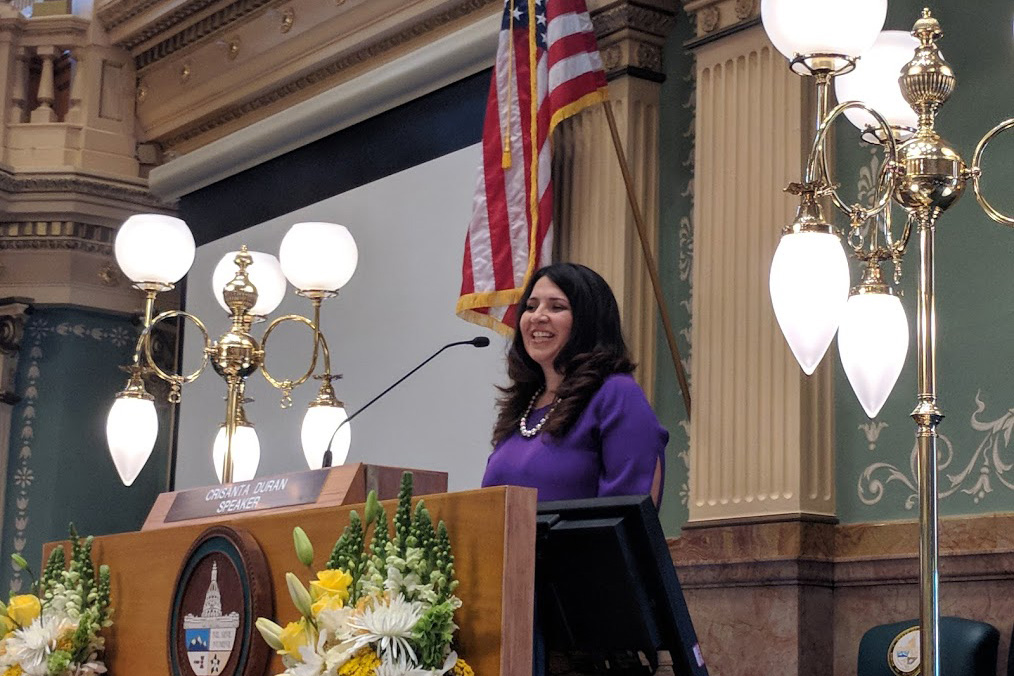 “These districts have been historically been heavily Latino,” he said. “People who are able to hold onto their homes still need feel represented in state government.”

In Colorado Senate District 34, Julie Gonzales won the Democratic nomination to represent West Denver. Gonzales works as the political director for the Meyer Law Firm, which has led much of the local resistance to President Trump’s immigration policies. She also centered her campaign on affordable housing.

In Colorado Senate District 32, Robert Rodriguez squeaked out a victory in Southwest Denver. The longtime community activist plans to push for full-day kindergarten and pre-K. He also backed Amendment 69, the failed 2016 plan for a state-run health.

Campaign finance may have been the deciding issue in that race. Days before the primary, Denverite reported Neumann accepted around $220,000 from insurance, realtor and education interests. State Sen. Aguilar said she was “disgusted by the amount of dark money” in the contest to replace her.

In Colorado House District 5, Alex Valdez dominated the primary to succeed House Speaker Crisanta Duran. Valdez is the co-founder of EkoMark Solar, a local renewable energy company, and a member of the LGBTQ community. He leveraged his background to argue for greater access to renewable energy access and reproductive health.

The primary winners are almost assured of a general election victory in deep-blue Denver. Barring something unexpected, each will likely be sworn in when the legislature reconvenes in January.

Editor's Note: This story has been updated to clarify the reasons why Rep. Paul Rosenthal was not on the primary election ballot. Additionally, a previous version of this story misstated the manner of support Rocky Mountain Planned Parenthood provided candidate Ashley Wheeland. We regret the error.