While the Spring Creek Fire made a name for itself with its size, the Lake Christine Fire did so by the element of surprise.

Firefighters continue to battle the 5,000-acre fire -- nearly 8 square miles -- northwest of Basalt. Three homes have been lost and 500 more have been evacuated since the Lake Christine Fire started the evening of July 3.

Barbara Brett was at work at her Aspen jewelry store on the Fourth of July when a friend called to tell Brett there was a fire near her home in the mountains above Basalt.

"So I drove home to kind of to assess the situation. And I was pretty calm until about 9 p.m. that night," Brett said. "And then it was a fire storm." 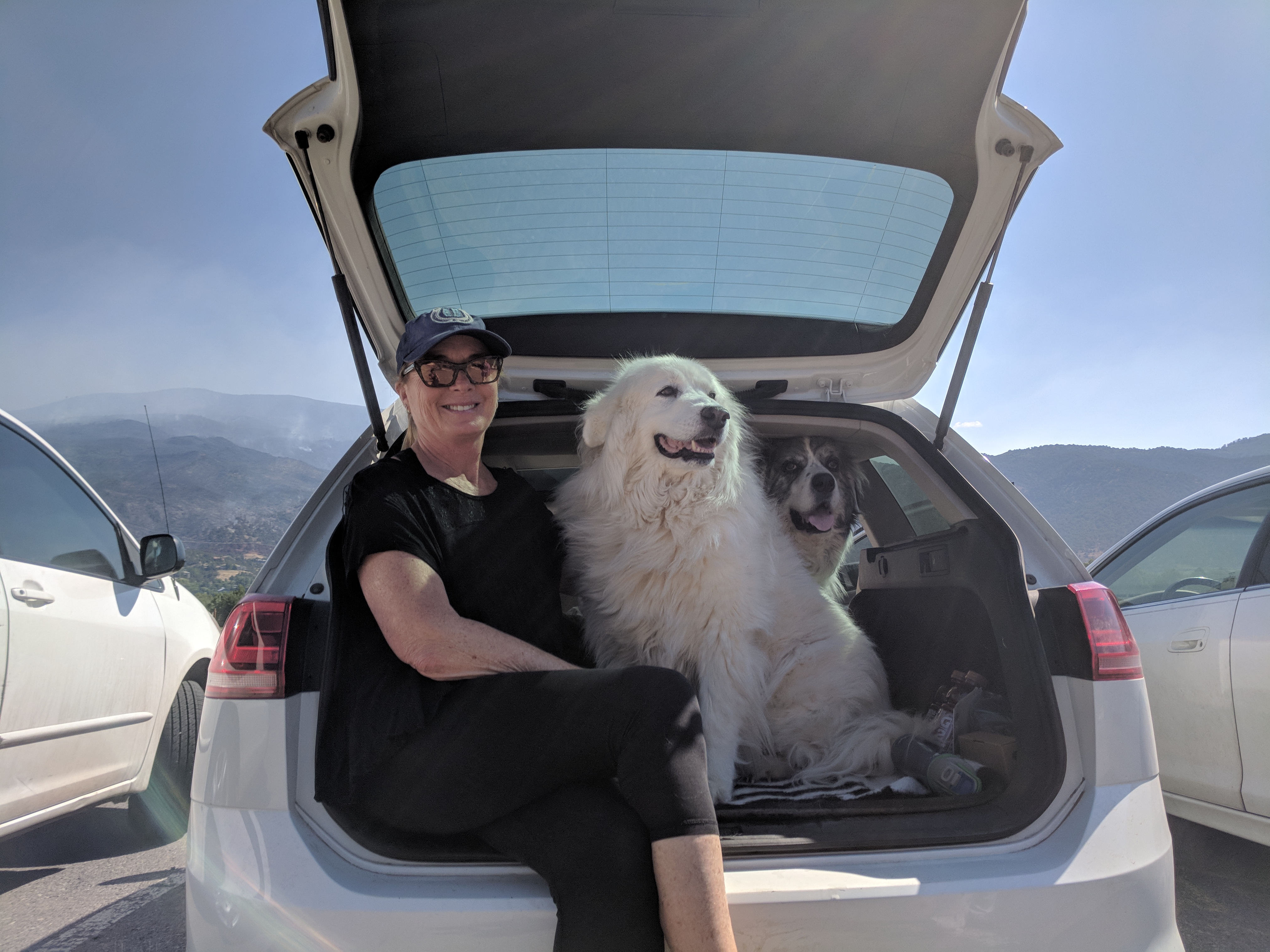 Erratic winds had picked up around the fire. Brett watched as the gusts fueled the flames, pushing the blaze up Basalt Mountain. Watching the flames spill over the ridgeline like lava, Brett knew it was time to evacuate.

It took Brett a couple hours to load up some clothes, her cats and her pair of great Great Pyrenees dogs. She left for a friend's house where she's been waiting out the fire. Last she heard, her home is safe for now.

"You just have to hope for the best, and be more than grateful for your friends and community members who really step up," Brett said.

That same Fourth of July night, Darwin Orellana and his brothers were working at an oyster bar in Aspen. His family lives in El Jebel Mobile Home Park, which is just below the fire zone.

"It was really tough because all my family was at home and didn't have a car or anything. We had to come back and get them," Orellana said.

He battled traffic on Highway 82 to get to home. When Orellana finally arrived, the flames were so close that his family didn't wait for an evacuation order. They only grabbed clothes and the most important documents.

"We didn't have time to do anything else," he said.

Orellana's home is safe, but windblown embers did burn down two other homes in the trailer park. The family is staying at a friend's home until local officials lift the evacuation order.

In the meantime, authorities are urging patience. While there's currently no containment on the fire, 200 people are at work on the blaze, incident commander Mike Porus said, with as many as 300 more on the way. Progress is up to the weather.

"If we continue to have some of these outflow winds from the thunder storms, that what makes the fire move a little bit. So it's hard to put a containment date on it. I'd like to think we will have this wrapped up in a couple weeks," Porus said. 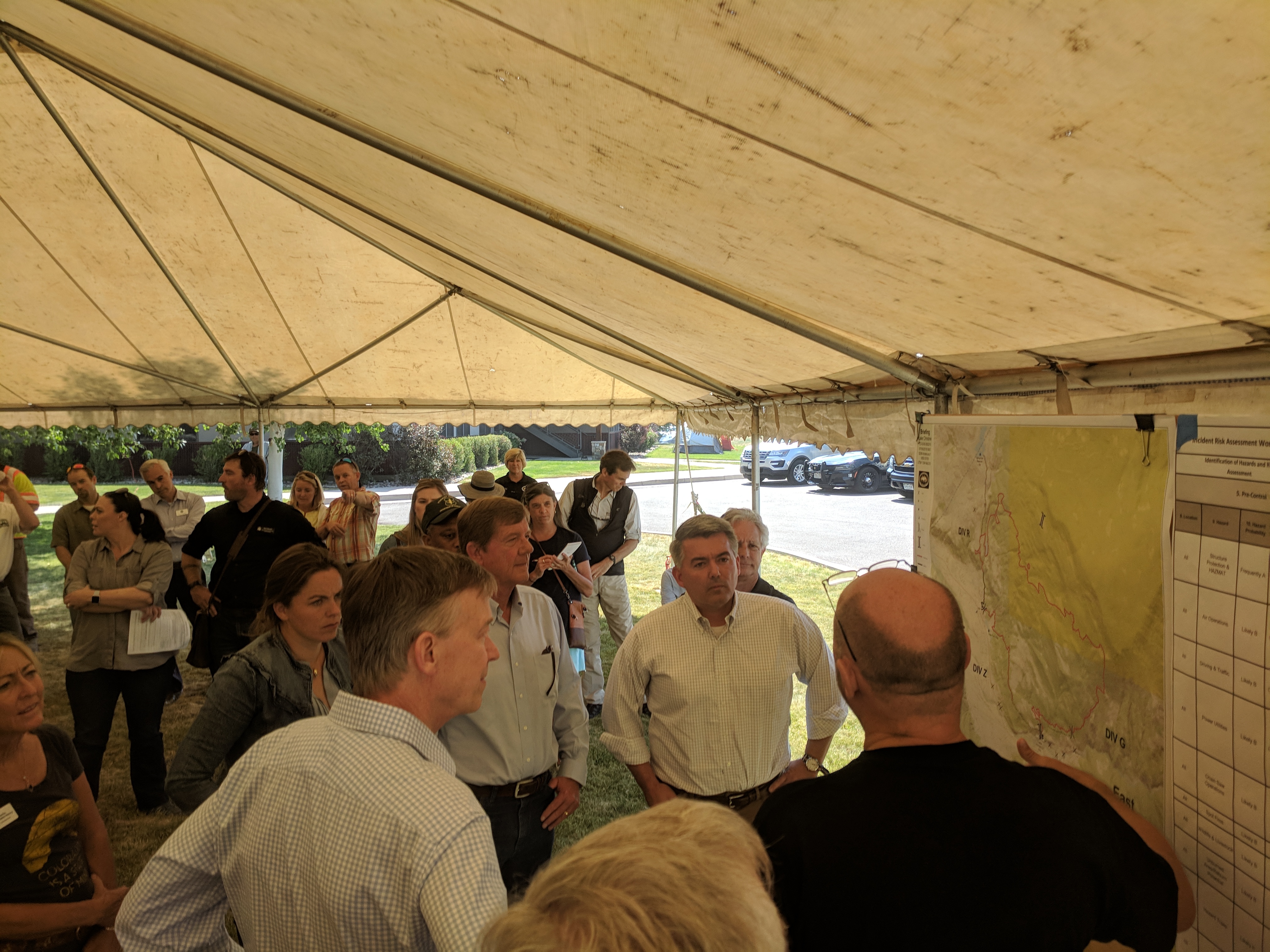 The Lake Christine crews had to pause air operations yesterday when someone flew a drone over the fire zone. That caught the attention of Sen. Cory Gardner, who visited Basalt Friday and is cosponsoring a bipartisan bill to make flying drones over wildfire a felony.

"If some moron wants to take a drone out over a firefighting operation, they need to stop it. They need to quit it. They lives in danger in jeopardy. People should knock it off and let firefighters do their job," Gardner said.

Gov. John Hickenlooper was also in Basalt. With so many fires burning around the state, that means there has to be careful coordination between firefighters, Hickenlooper said.

"When you get this many fires at one time, you obviously stress your resources. What you saw here was prioritizing places where you had the greatest risk," Hickenlooper said.

The second largest wildfire in Colorado history, the Spring Creek Fire, continues to grow between Costilla and Huerfano counties. On Thursday the blaze near La Veta Pass officially crawled over the 100,000-acre mark -- almost 150 square miles.

And at the Weston Pass Fire north of Fairplay, a high-elevation tornado touched down briefly on Thursday. It apparently caused little damage and had no effect on the fire, but it caught the attention of meteorologists, as well as social media, because of its rarity.