Taylor Rosean had a dream of starting an arcade where people could consume cannabis. Almost a year ago, he and his friends were still designing what is soon to be the country’s first marijuana-friendly arcade.

Last week, Rosean got the call from the city saying his application for a social marijuana consumption license was approved. When Vape & Play opens its doors this fall, it will be the second designated consumption area—or DCA—in Denver, under a pilot program approved by voters in the 2016 election.

What took so long, and why hasn’t Denver already become a marijuana utopia of funk-fragranced coffee shops? Advocates of initiative 300—the original ballot question establishing the program—have been wondering the same for a year.

At a July meeting of the city’s social consumption area task force, several members agreed that the regulations could be stifling applications for the program. The task force is due to deliver a report this fall to city council on the progress of the pilot program—and will likely recommend changes.

The regulations were finalized at the end of last summer, and crafted a high bar for applicants to meet in order to qualify for a license. Critics most often called out the requirements that restricted DCAs within 1,000 feet of schools, drug and alcohol rehabilitation centers, public recreation facilities and other structures.

Kayvan Khalatbari, a candidate for Denver mayor and one of the driving forces behind initiative 300, called for changes shortly after the rules were finalized.“These proximity restrictions are far greater than the restrictions on liquor licenses, and significantly reduce the areas and number of properties that may be eligible,” Khalatbari said. 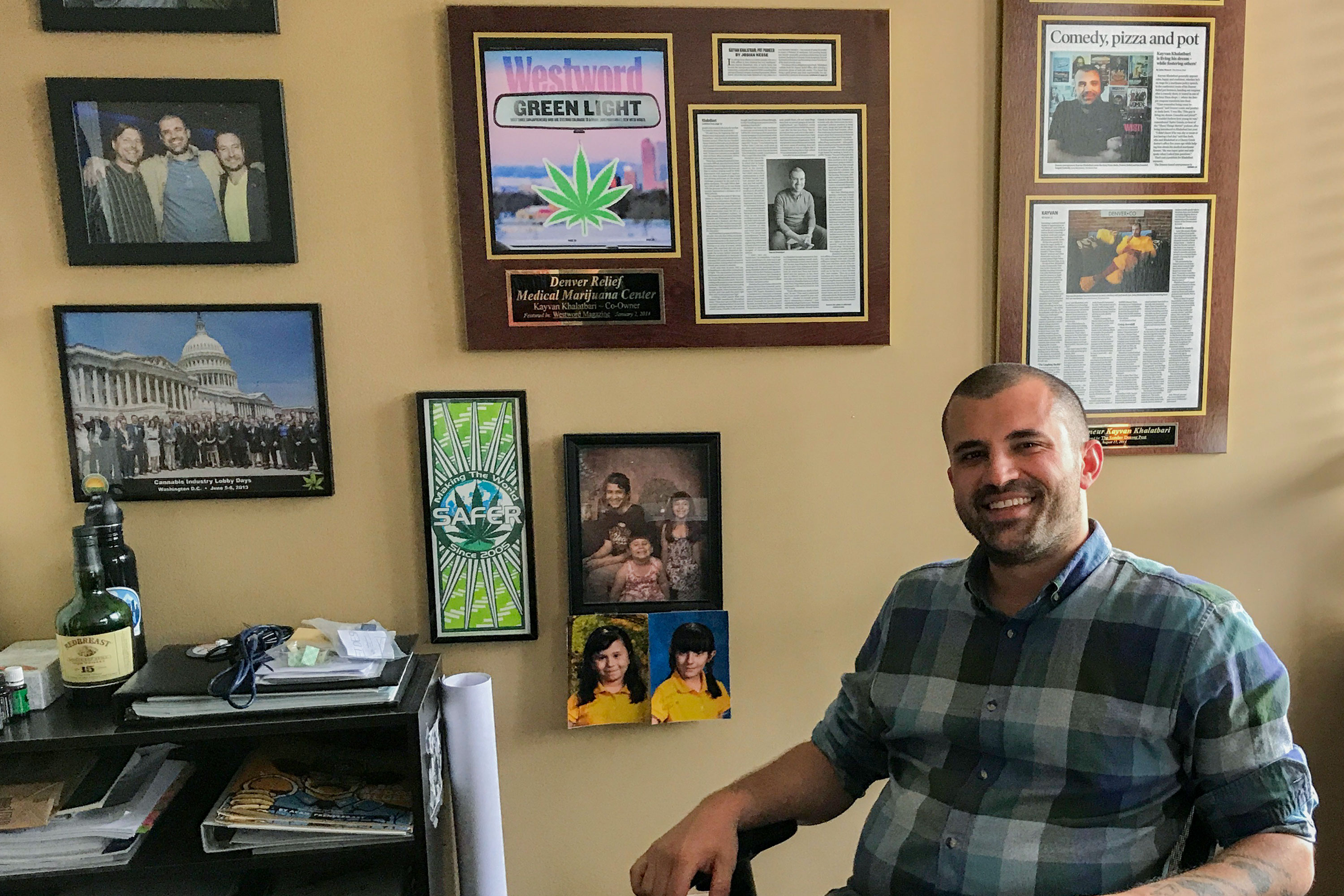 Khalatbari also slammed other restrictions, such as a state rule barring alcohol and marijuana consumption in the same establishment. All these stipulations, he’s maintained, are contrary to the will of the voters.

Any changes to the social marijuana licensing program would be considered by city council, and would need nine votes to pass.

Rosean agrees that loosening these restrictions would open the program up to more applicants. But he also said that ganjapreneurs have to show that a successful business can blossom under the current regulations.

“Just like any other industry, people need to know that it’s a for sure thing, and something that’s actually profitable, and something that can work, hopefully without cats and dogs falling from the sky,” he said. “We have surmounted some pretty crazy obstacles and we’re hopefully making it easier for those that follow us.”

Profitability is key. Under state law, marijuana can’t be purchased and consumed in the same place, which means businesses have to make green some other way. Rosean’s business model hinges on a custom-made bar that will have built-in vaporizers—which he plans to sell, as another way of encouraging more people to start their own DCAs. The BYO-cannabis adult arcade will open this fall on South Broadway, in Denver’s dispensary-rich “Green Mile” area.

The business has been about two years in the making, Rosean said, partially because investors were squeamish to support Vape & Play.

Rosean and his partners began talking to 17 registered neighborhood organizations, government agencies, elected officials and enforcement agencies. This process—which took a year—was meant to ensure they could meet all the regulatory requirements. Then, three months of fundraising, pitching the business to possible investors—with little success.

“I actually became business partners with my mother,” he said. “This industry is very untested. It’s actually officially labeled as a pilot program, which means there’s some uncertainty. And we really believe that eventually it’ll be realized to a full-blown program, but trying to get that to an investor was a hard point, to say the least.”

Rosean also cited struggles with finding a suitable property with a cannabis-friendly landlord, because marijuana businesses can’t turn to a bank for a mortgage. After finally nailing down a spot, they had to create a floor-plan and submit their application to the city.

“It’s a pretty complicated process that actually required us to pay for the property to be empty for six months just to even get to this point,” he said with a laugh. “It’s been a little hair raising. It’s definitely a very nerve-wracking process but at the end it’s been incredibly fruitful and very much so worth it.”

Despite the challenges, Rosean is committed to making the social marijuana program a success.

“Denver will hopefully one day become the cannabis consumption mecca, and possibly the cannabis capital of the world,” Rosean said.