Attorneys for Lakewood baker Jack Phillips argued in federal court on Tuesday that the Colorado Civil Rights Commission is again harassing Phillips and that the commissioners are biased against him and his Christian religious beliefs.

Phillips, whose Masterpiece Cakeshop was at the center of a U.S. Supreme Court case earlier this year, is now suing Gov. John Hickenlooper and other state officials for violating his religious beliefs.

The new case began in 2017, the day the Supreme Court announced it was taking up the first Masterpiece case, when Phillips declined to bake another cake, one that was requested to be pink on the inside and blue on the outside celebrate a gender transition.

Phillips said the message requested by Denver attorney Autumn Scardina, who was transitioning from male to female, conflicted with his Christian religious beliefs.

As a result in 2017 the state found Phillips had violated the state’s anti-discrimination law and filed an administrative complaint against him. Phillips’ attorneys are now seeking an injunction to halt the state from moving forward on that complaint. 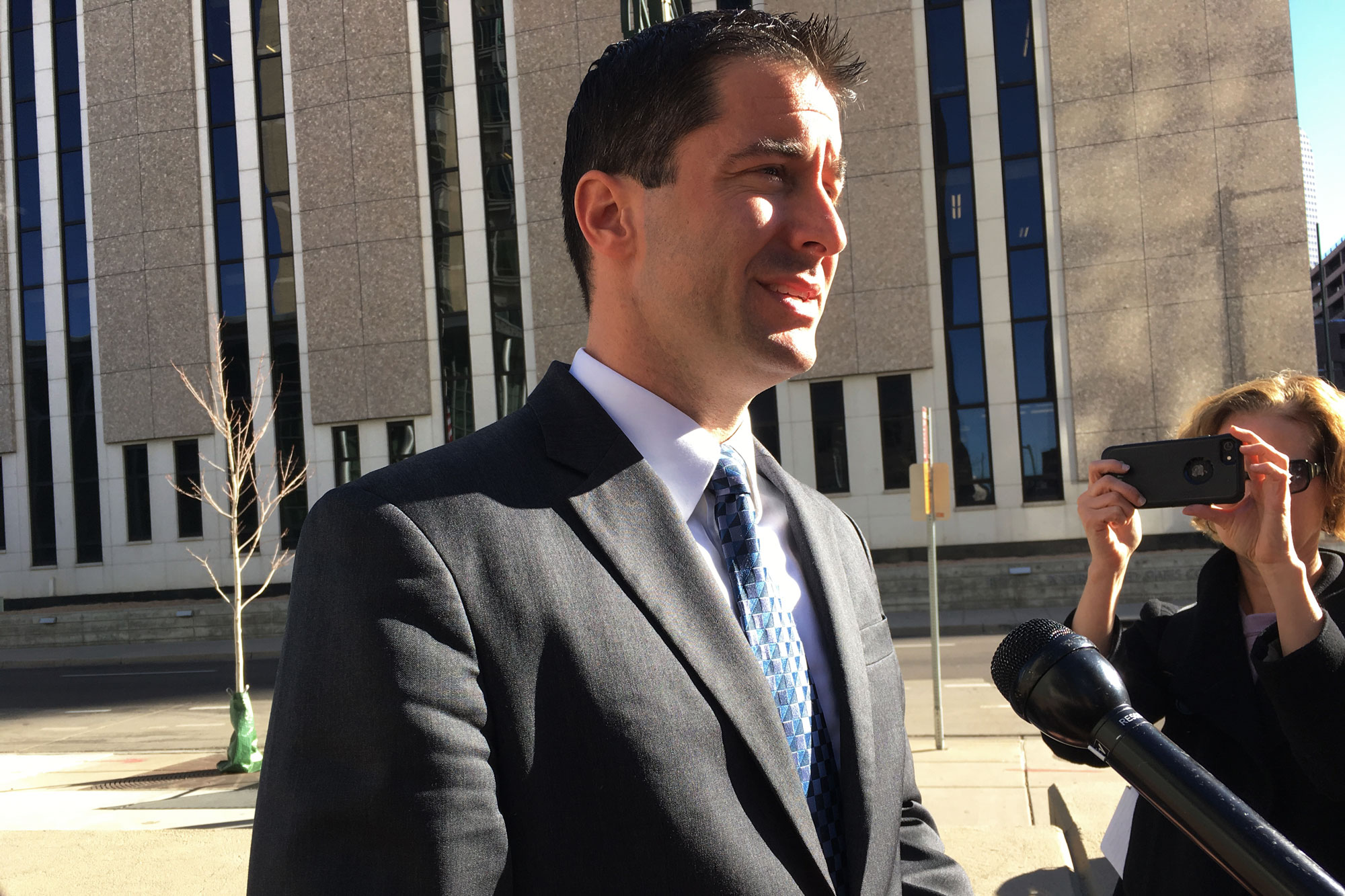 “The pending case is an obvious attempt to harass the baker,” said Jim Campbell, Phillips’ attorney from the Alliance for Defending Freedom. Phillips was not present in the courtroom on Tuesday.

Phillips’ bakery garnered international notoriety after refusing to make a cake for a gay wedding in 2012. The move sparked a sanction from the state’s civil rights commission, which ruled that Phillips violated Colorado’s anti-discrimination laws, which prohibits businesses from discriminating against customers on the basis of race, religion, gender or sexual orientation.

The case between Phillips and the state went all the way up to the U.S. Supreme Court earlier this year. In a 7-2 ruling, justices narrowly ruled in favor of Phillips, overturning the lower court decisions and citing that the state’s commission showed “religious animus” against Phillips.

Phillips’ attorneys seemed bolstered by the high court’s opinion in court on Tuesday.

Campbell said the commissioners are both accusers and adjudicators in Phillips’ case, and that the commissioners have shown open hostility on social media against Phillips. One called him a “cake hater,” according to Phillips’ lawyers. They also pointed out Phillips still isn’t back to making wedding cakes, which has hurt his business.

State lawyers argued the commission exists simply to uphold and enforce state law, which is already on the books.

State lawyers also said that state laws prohibit Phillips from discriminating against people because of their sexuality. They argued that if he would be willing to make a cake that was pink on the inside and blue on the outside for a child’s birthday or a graduation, he has to make it for a gender transition celebration as well.

Hickenlooper named all seven commissioners on the governing board. They have terms that expire between 2019 and 2021. Gov.-elect Jared Polis will get to appoint the next round of commissioners.

Phillips’ attorneys sought a preliminary injunction against the state, but Federal Judge Wiley Daniel on Tuesday said it was way too broad of a request.

Judge Daniel is giving Phillips’ attorneys additional time, into early 2019, to more narrowly tailor what they are seeking the state to stop. He seemed to sense that the case wasn’t going to stop in his courtroom.

“Whatever I do here will be appealed,” Daniel said.

Meanwhile, the administrative complaint against Phillips continues as Colorado prepares to swear in both a new governor and new attorney general in January, both of whom will be charged with defending the actions of the civil rights commissioners.