All 10-year-old Zyair Abdullah-Jordan wanted to do was catch a fish. Even though there are plenty of fish in the reservoir at Eleven Mile State Park, the wind wasn’t in a mood to cooperate. It whipped the water and blew right into Zyair’s face. Just landing his lure in the reservoir seemed like an accomplishment.

“That’s part of the fun of it, right?” Zyair’s grandfather, Warren Tyson, said with a smile on his face.

These two were part of a group of black Coloradans spread out across the lakeshore for a weekend of recreation put on by, and for, people of color — the inaugural Blackpackers Summer Camp-out.

Organizer Patricia Cameron moved back and forth on the shoreline to help her campers with their rods and some fishing basics. Blackpackers wants people of color with economic barriers to get some initial experiences outdoors. Cameron hopes the weekend gives outdoor novices more confidence to eventually head out on their own.

African Americans have been historically underrepresented in outdoor recreation, although studies show that beginning to change. Still, Cameron, an outdoor writer who works parttime at an outdoor gear shop herself, said there are a lot of times she feels left out.

“Be it (my) background or how I got into the outdoors or how I use the outdoors or just who I am as a black American woman,” she said. “What's awesome about this is we get to come together and we have a lot of those shared experiences just based on that.”

There were about 30 campers who made up the community of self-assembled tents on this particular August weekend. Beyond fishing, there was a leave-no-trace workshop, a moonlit hike and a very Colorado-typical session of morning yoga. 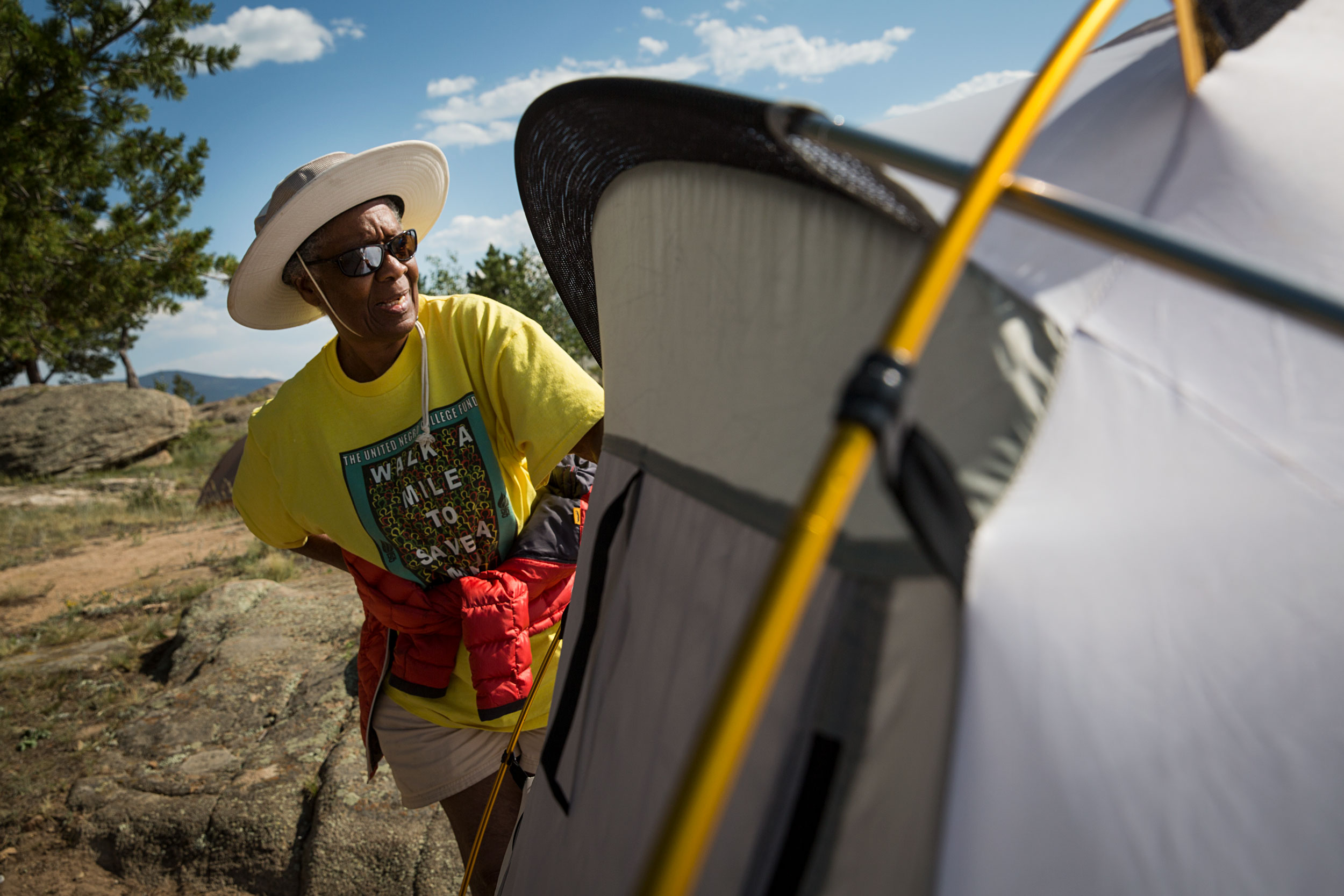 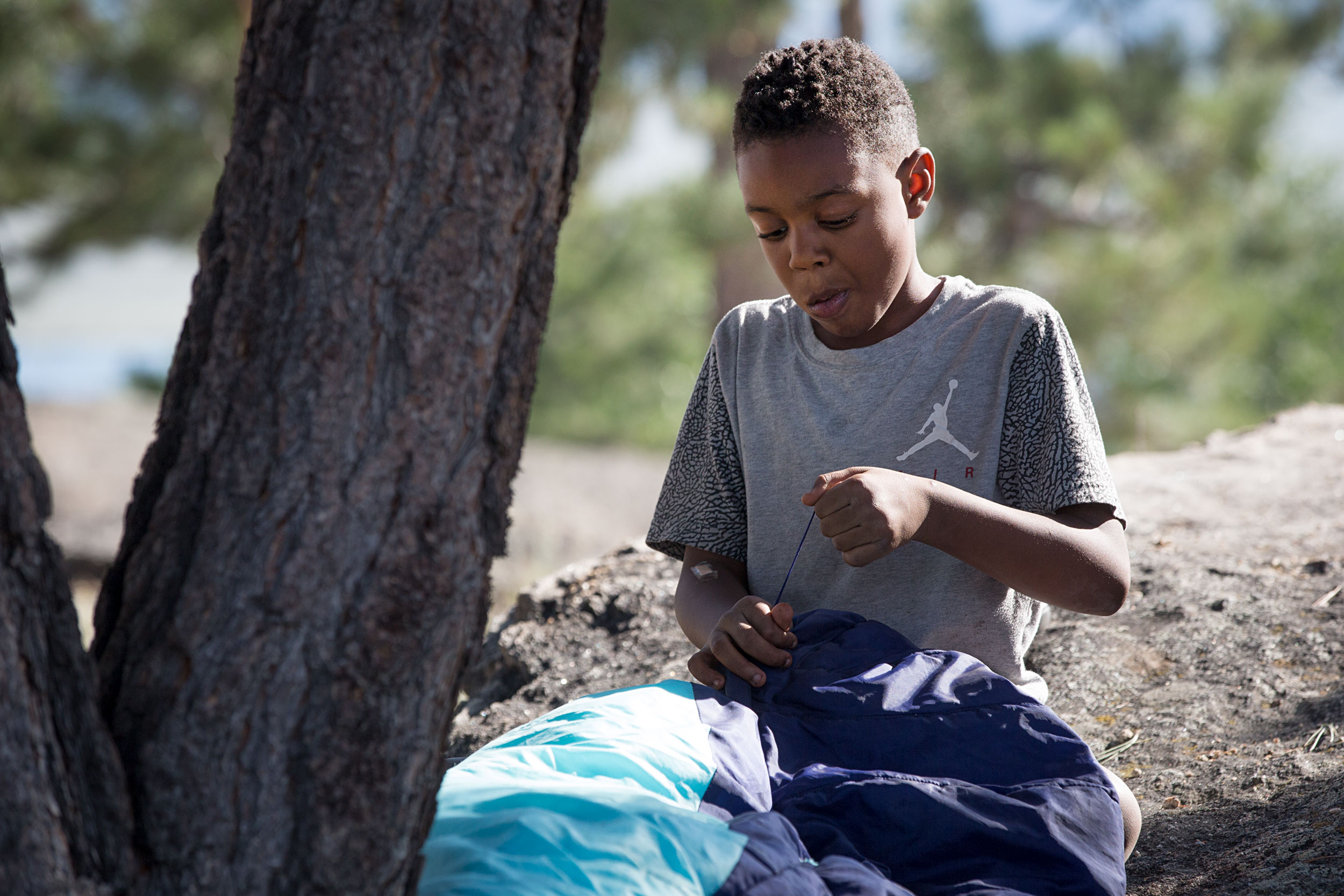 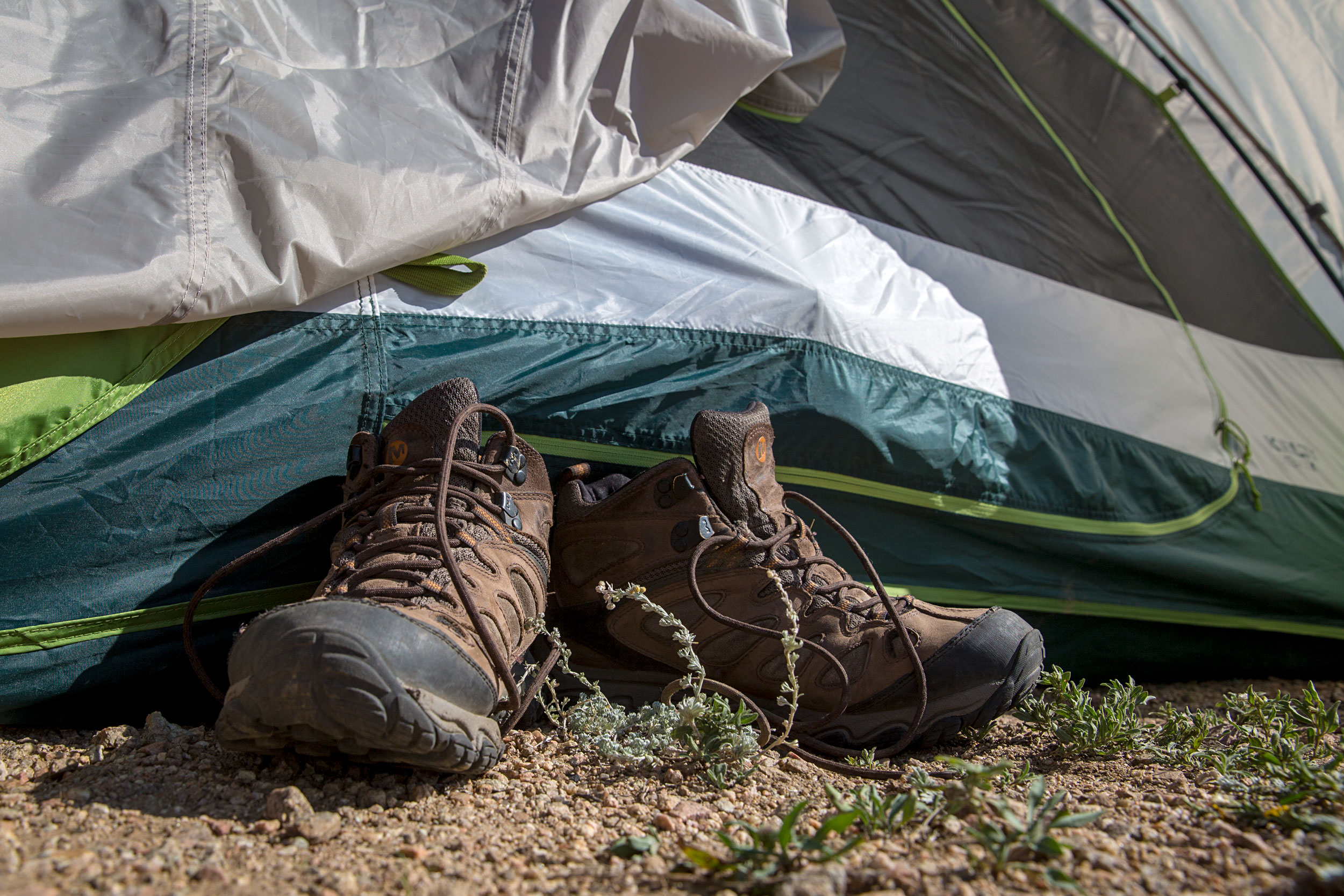 Hart Van Denburg/CPR NewsA familiar sight to anyone who sleeps in a tent. Blackpackers, an organization that aims to encourage people of color to experience the Colorado outdoors, held its inaugural camp out Aug. 17-18 at Eleven Mile State Park west of Manitou Springs. 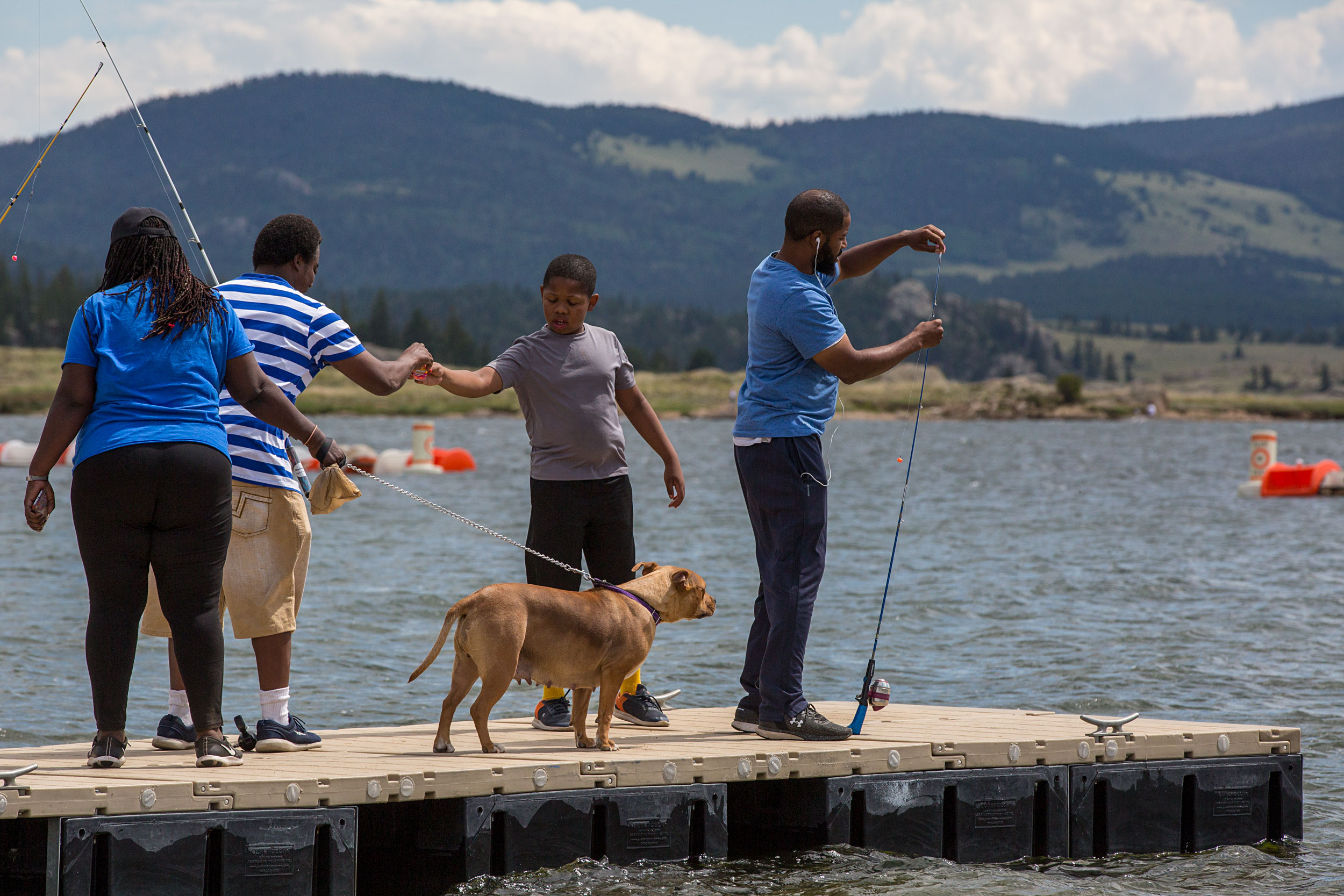 Hart Van Denburg/CPR NewsFishing at Eleven Mile State Park during the inaugural camp-out weekend for Blackpackers, an organization that aims to encourage people of color to experience the Colorado outdoors, Aug. 17-18. 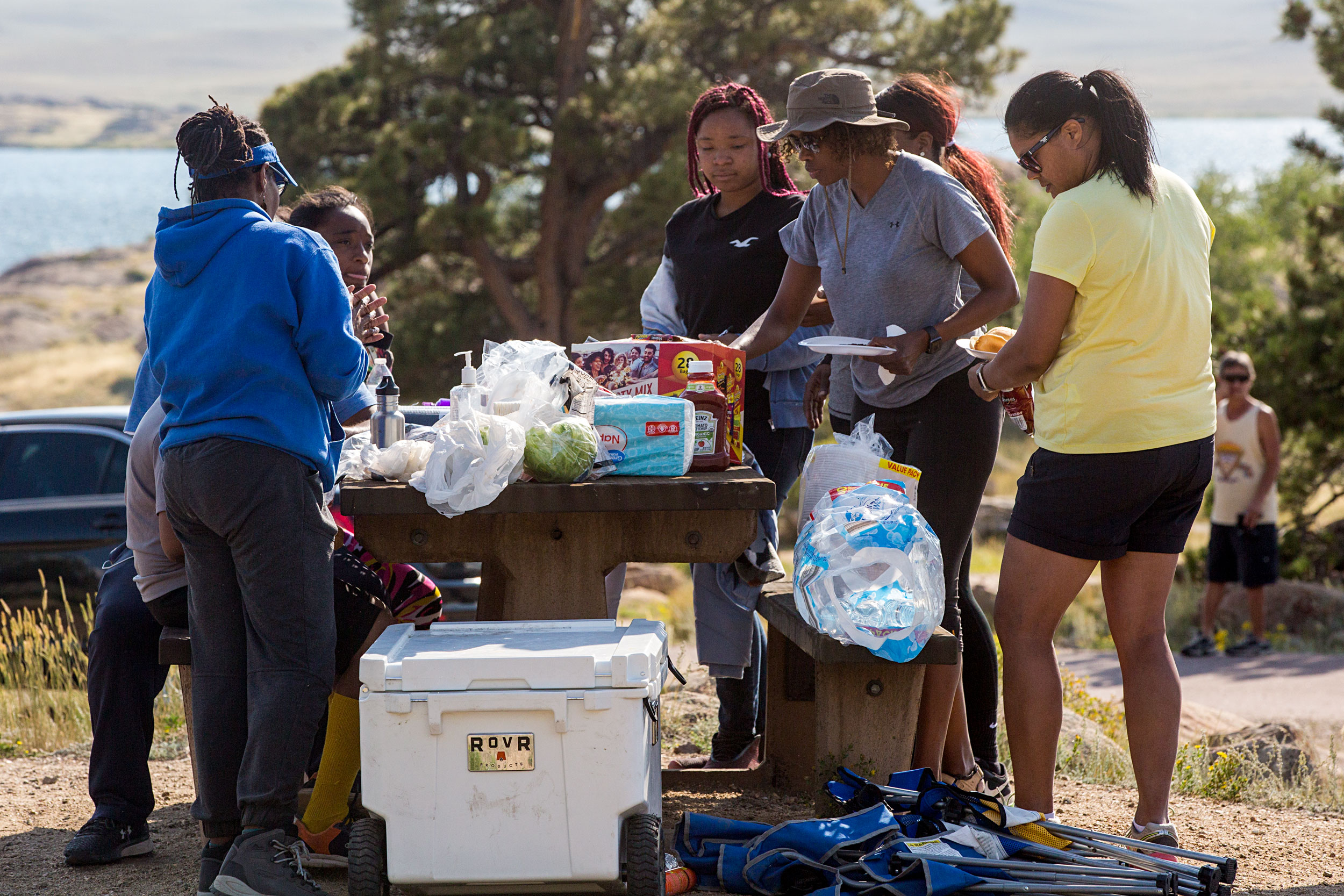 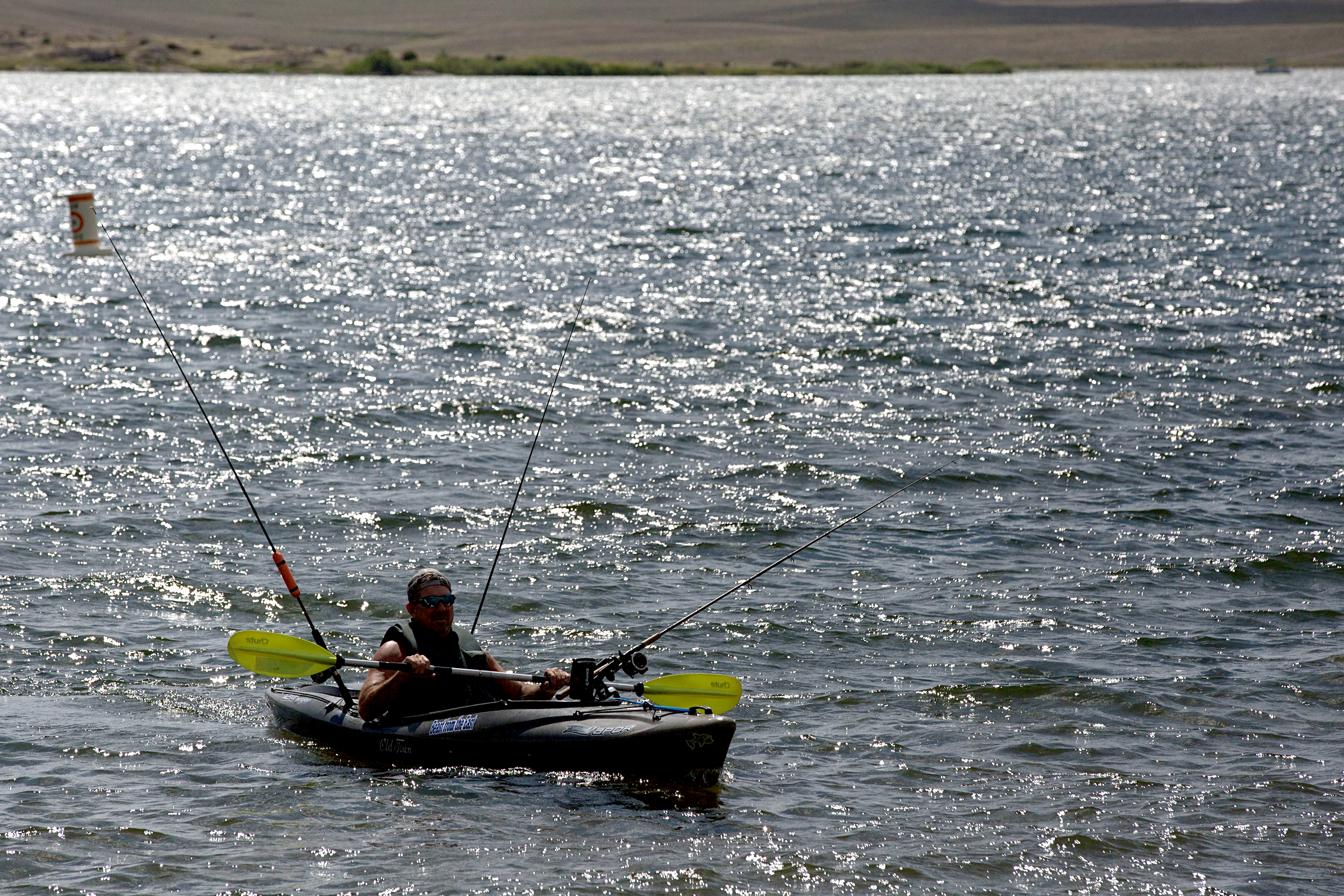 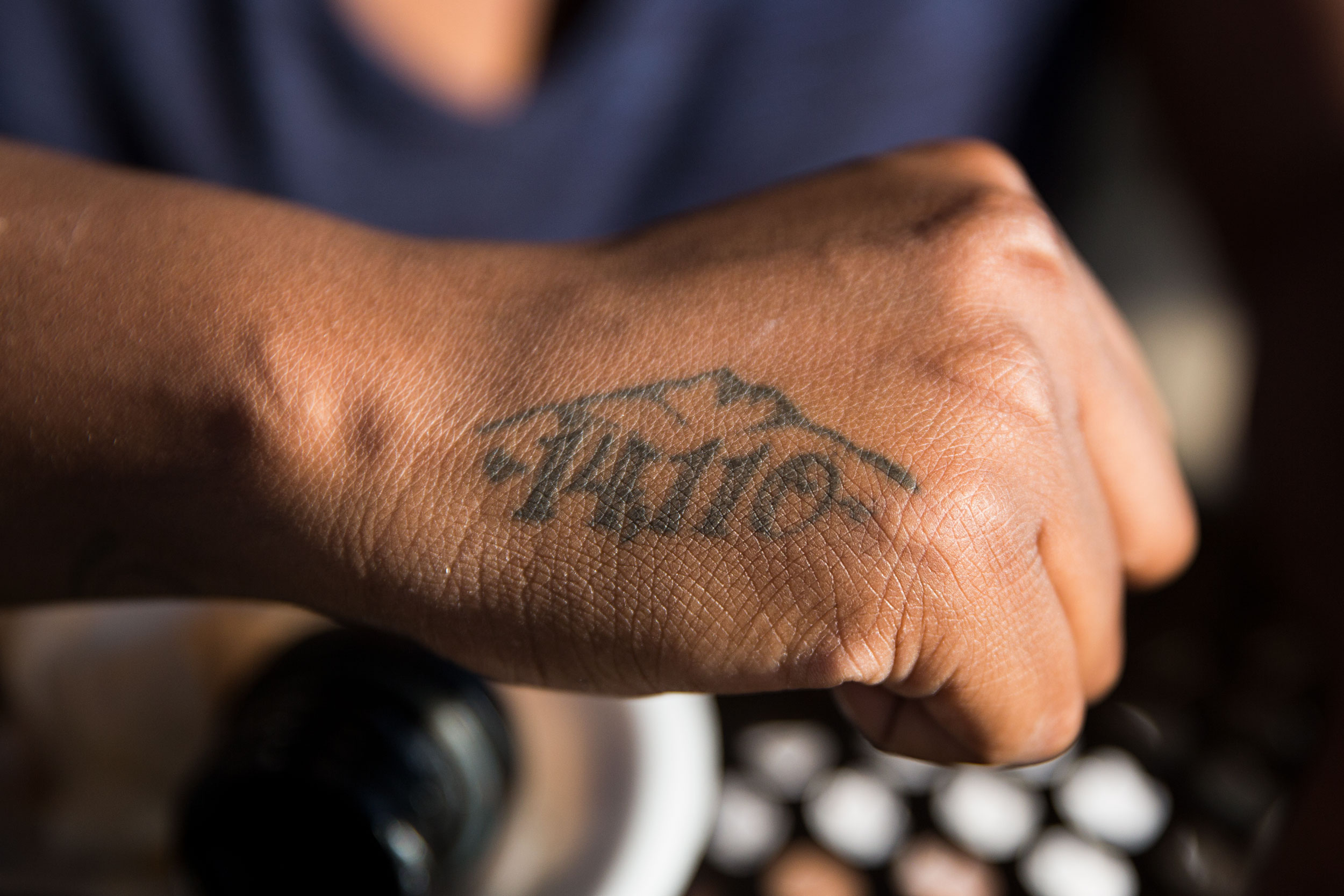 Hart Van Denburg/CPR NewsPatricia Cameron, the founder of Blackpackers, had the elevation and outline of Pikes Peak tattooed on her right hand because it was the first of Colorado's 14,000 peaks that she climbed. 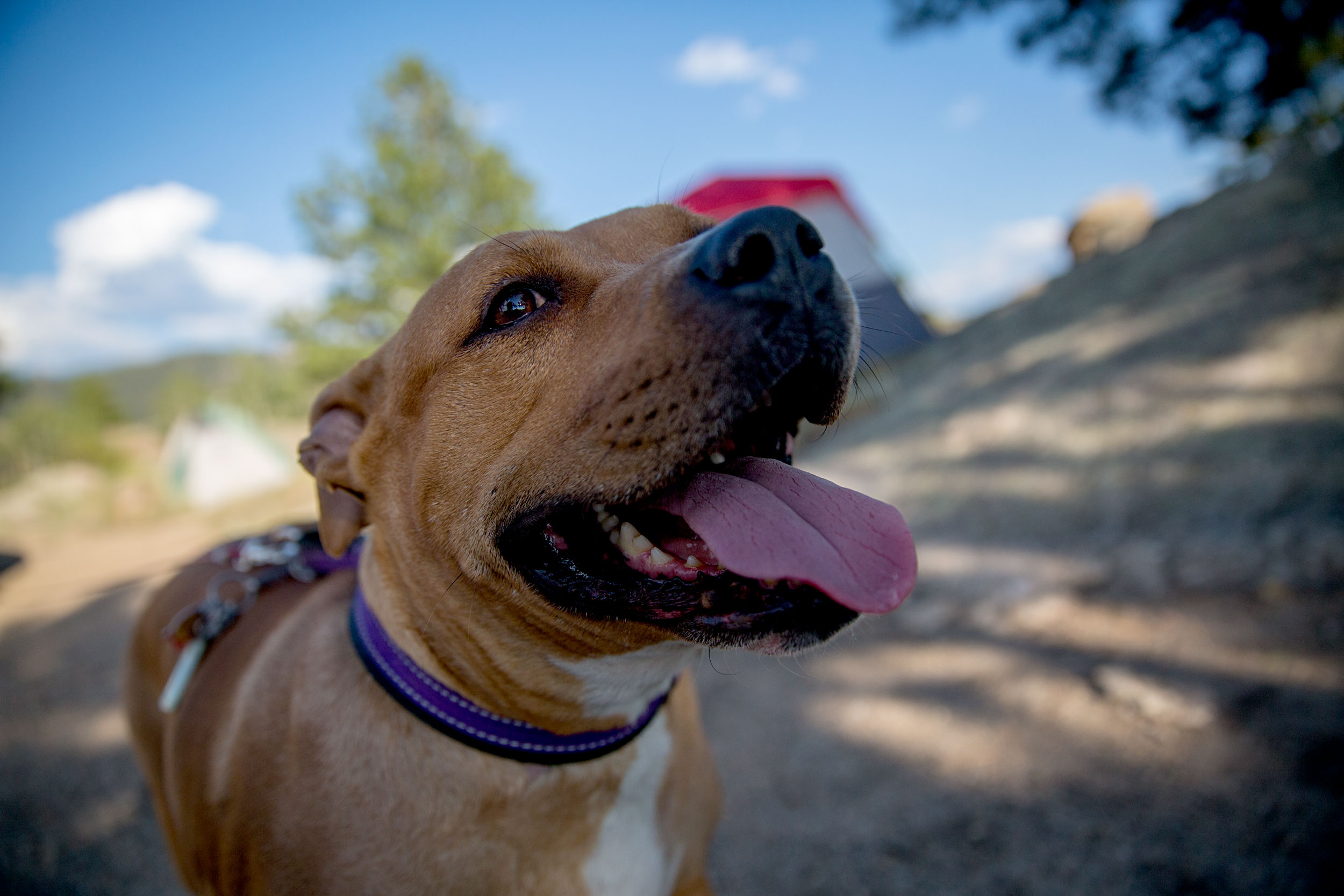 Hart Van Denburg/CPR NewsBlackpackers, an organization that aims to encopurage people of color to expreience the Colorado outdoors, held its inaugural camp out Aug. 17-18 at Eleven Mile State Park west of Manitou Springs.

“The concrete jungle is nothing compared to this,” said Denverite Jahala Rose Walker. “I like being out here.”

Walker and her son joined the inaugural summer camp-out through a scholarship from Blackpackers. The Colorado native and single-income working mom said she hasn’t had the time to get outdoors in at least four years. For her, the biggest barrier to going outdoors is a lack of means.

But, Walker had promised her son they would go camping this summer, and the activities provided through the Blackpackers event seemed like a great fit.

“A lot of Caucasian people, in general, can live a normal life on a one-person income and make enough to have the time to go outdoors,” Walker said. “We don't have that privilege, unfortunately.”

The left-leaning Economic Policy Institute reports the wage gap between black and white workers has widened since the year 2000. About half of the weekend campers received funds (largely out of Patricia Cameron’s own pocket) for gear, food and transportation to the state park 50 miles west of Colorado Springs.

Cameron hopes to build Blackpackers into something bigger. That means more camping, scholarships and a gear-lending service so her fellow Blackpackers can give different activities a try without having to make an upfront investment. The same idea was at the core of the summer camp-out.

"Not everything has to hit with everybody, but there's a variety of things and so I'm hoping that at least one activity will inspire somebody to try that activity again," Cameron said.

As night fell at the campsite, a charcoal barbeque churned out stacks of hamburgers and brats. Some campers gathered to eat at concrete picnic tables while others struggled to hold down their tents in the persistent wind. Adorned in a tan sunhat, Carrie Austin sat in a camp chair underneath a tree and took in the evening ambiance.

“I like the open space, I like the expanse,” Austin said. “You don’t feel like you’re crowded. The weather is wonderful. So, I’m a happy camper.”