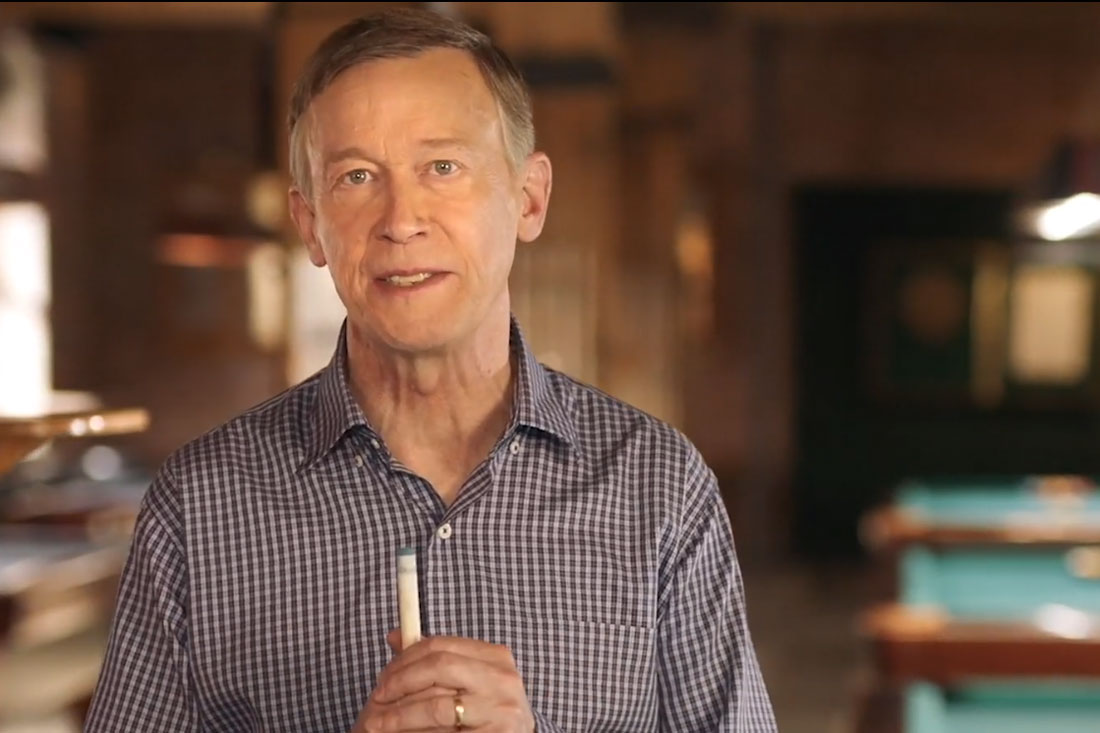 A conservative watchdog group filed a complaint Wednesday with the Federal Election Commission alleging that Democratic Senate candidate John Hickenlooper improperly used footage from ads shot for his 2014 reelection campaign as Colorado governor in a video in August.

The Foundation for Accountability and Civic Trust alleges that the use of the prior footage amounts to a donation from Hickenlooper's gubernatorial campaign to his new Senate bid that was never reported to the FEC. The brief clips of Hickenlooper in a factory and talking to patrons of a brewpub he founded are publicly available on the website of Hickenlooper's media strategist. But the complaint alleges that they are still copyrighted and therefore an “asset” whose transfer should have been reported.

The complaint is the second one filed against Hickenlooper as the former governor explored running for federal office. In 2018, as he was gearing up for a presidential bid, a Republican group filed a complaint with the Colorado Ethics Commission over Hickenlooper's use of private planes as governor. FACT was once run by Matthew Whitaker, who briefly served as U.S. attorney general in the Trump administration, though the group says it has filed complaints against both Democrats and Republicans.

Hickenlooper is competing in the Democratic primary to run against Republican Sen. Cory Gardner. His campaign on Wednesday said that it followed normal, legal practice in using the footage and that the complaint is groundless.