Wherever you go this time of year, there’s always one street that goes a little overboard with holiday decorations — maybe egged on by a neighbor or two. Well, the halls of the U.S. Capitol aren’t immune. This year it got a helping hand from Colorado Reps. Jason Crow and Ed Perlmutter.

The two Democrats have offices in the same hallway. Crow’s office decorated for the holidays, including two small holiday inflatables — a snowman and a Christmas penguin — flanking his door.

Crow passed by Perlmutter’s office and was underwhelmed by what he saw.

“My dear friend Ed Perlmutter put up what I thought was a pretty tepid initial decorating performance,” Crow recalled. And he let Perlmutter know it. 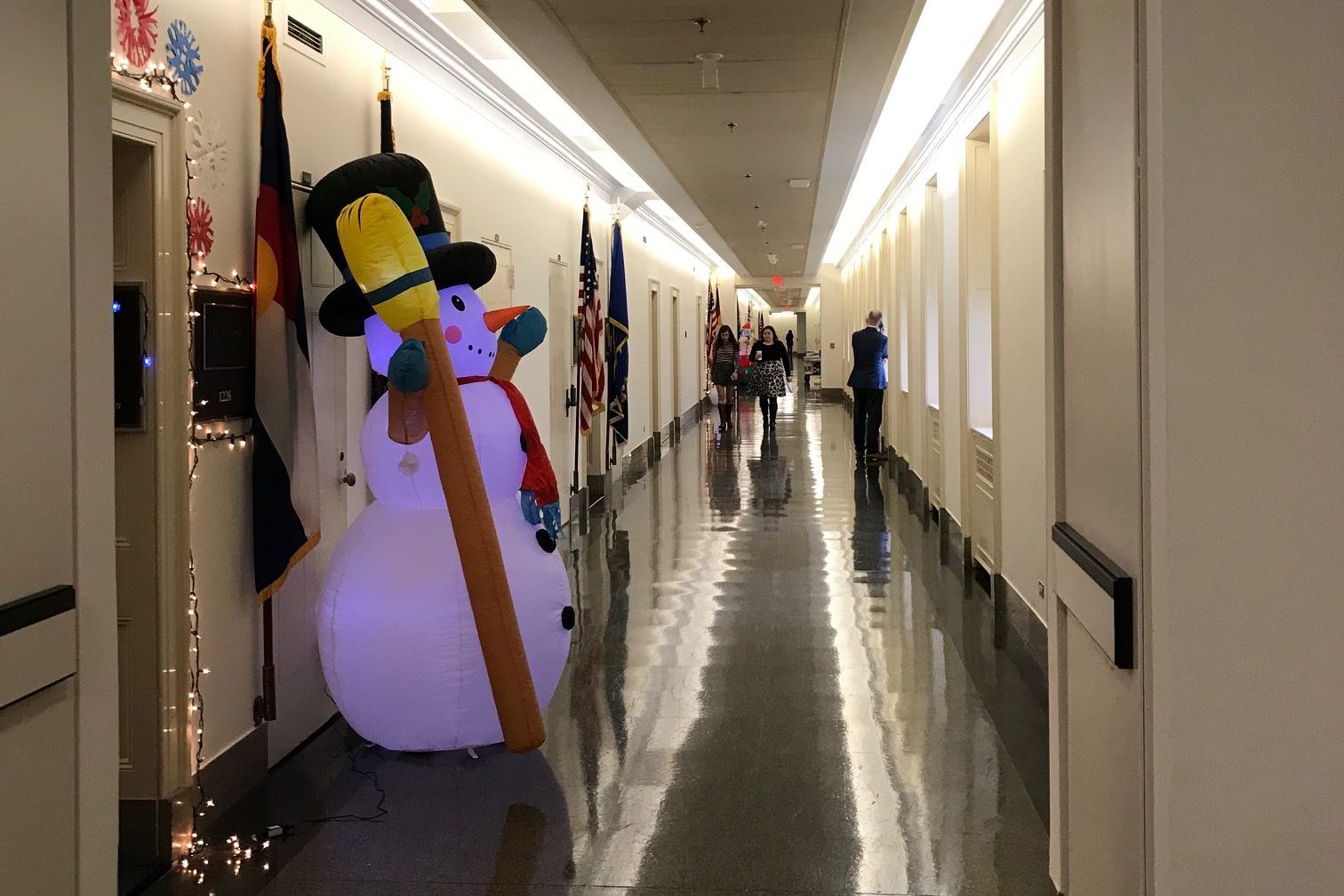 Caitlyn Kim/CPR NewsLooking down the hallway in the Longworth office building outside the door for Rep. Ed Perlmutter. 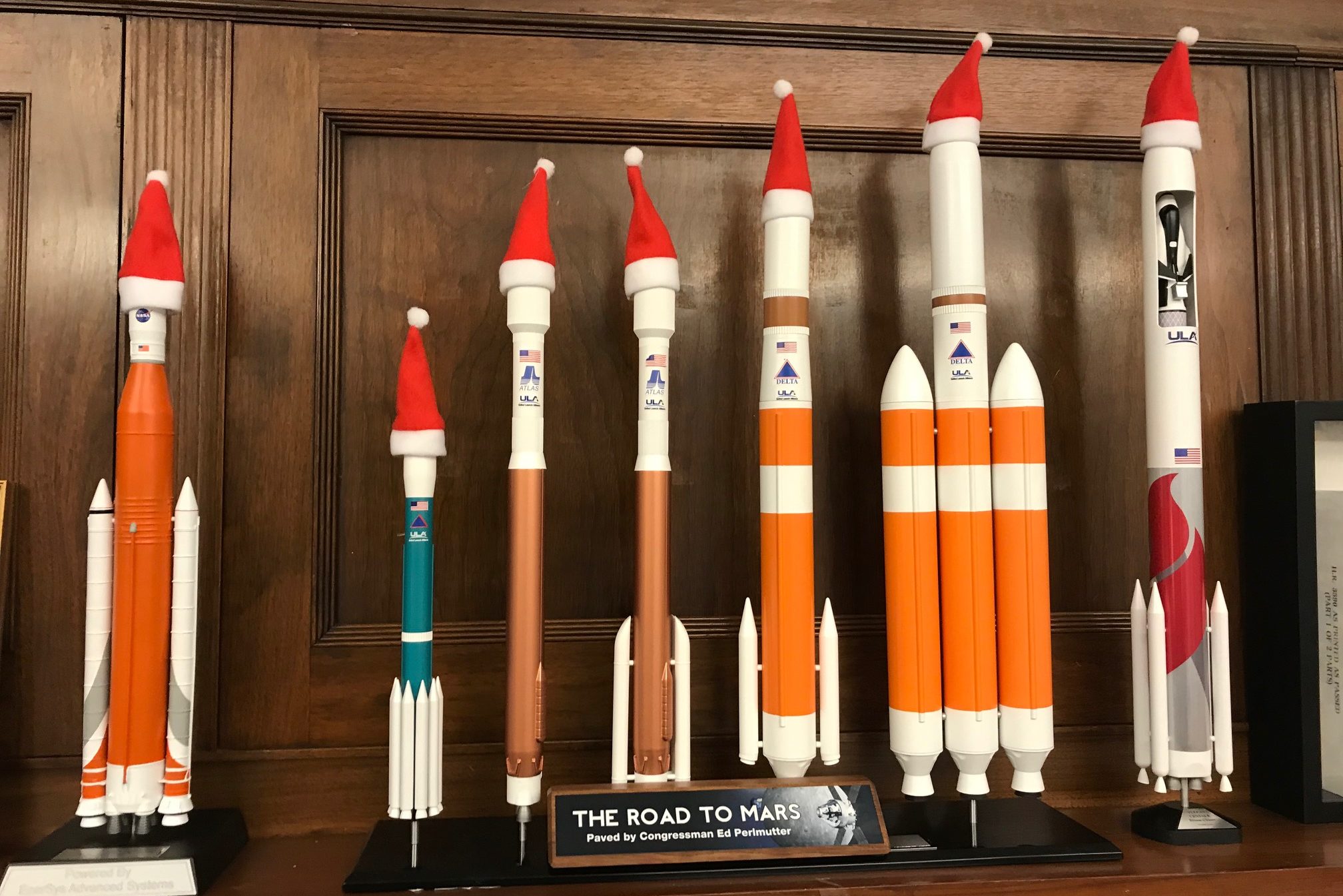 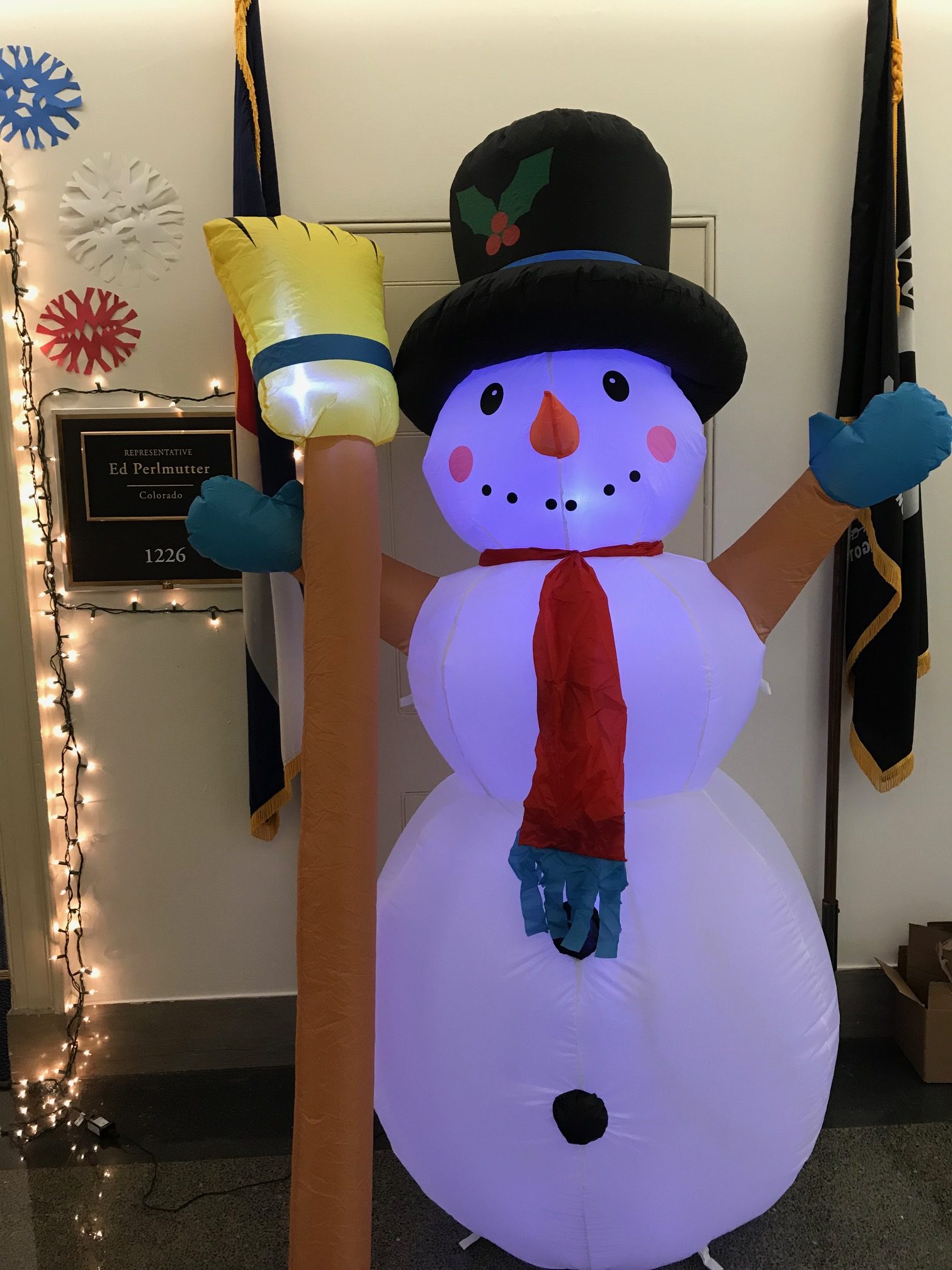 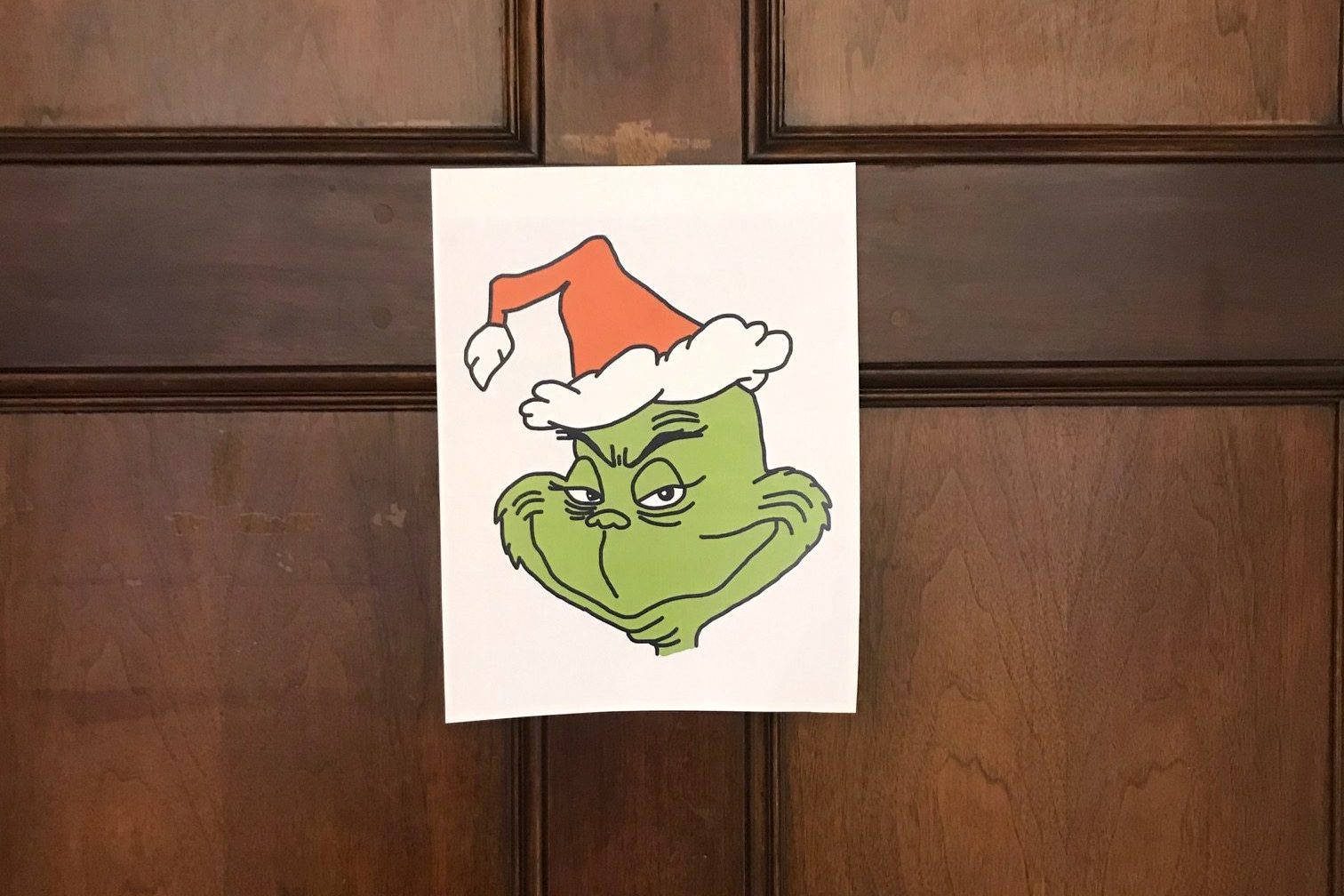 Caitlyn Kim/CPR NewsOne congressional office was decorated with the Grinch.

Thus started a friendly holiday decoration competition in the hallways of Washington, D.C.’s Longworth House Office Building. With each office trying to outdo the other.

“I said to my staff I think we ought to do some decorations,” Perlmutter said.

There was tinsel, lights, a University of Colorado Santa and even little Santa hats that topped rockets. This is, after all, the office of the congressman who sits on the Science, Space, and Technology subcommittee. But at the height of the friendly rivalry, the big guns came out — a 3-foot wooden nutcracker that belonged to the aunt of a long-time staffer. It also included the unusual — at least for the inside of an office building — an 8-foot inflatable snowman.

“It really was sort of an arms race between Crow and Perlmutter and we looked at that and said, ‘we can’t be outdone by these Coloradans,’” he said.

His staff had put up some homemade decorations – think wrapping paper on the door with a cutout of his state and a large paper Christmas tree. As he put it “very down-home, Midwestern.”

To go for the win, Gallagher went corporate and bought an inflatable Christmas Yoda for his hallway door. The original cherry on top idea was a Santa Darth Vader, but that turned out to be broken.

“I’ve gotta give credit where credit is due,” Crow admitted. “The Yoda was well played.”

The decorating hijinks weren’t limited to bigger and better inflatable decorations. It also called for practical jokes, like someone stealing the wooden nutcracker, not once, but twice (he was returned unharmed on both occasions), and unplugging Perlmutter’s snowman.

“I would never unplug an opponent’s inflatable, let alone someone from the delegation, let alone Ed Perlmutter’s, you know, very atrocious, enormous snowman,” Crow said with a grin.

The trouble is Perlmutter has tape.

And so have the people walking down the hallway.

Editor's Note: Don't miss a Christmas surprise! You must click on the audio button above to hear Caitlyn's Christmas Tale.