No chairlifts rotate up the mountainside of Grand County’s newest ski area, Bluebird Backcountry. No tall hotel or swanky lodge announces its presence. Instead, there’s just a small sign off the isolated highway between Kremmling and Steamboat Springs. And beyond it, acres and acres of powdery, ungroomed mountain slopes.

Bluebird, which opened this winter for a month-long trial season, bills itself as the world’s first ski area dedicated solely to the backcountry experience. Backcountry skiing is the fastest-growing segment of the industry, with more than a million skiers and boarders a year ditching the lifts in favor of hiking to more remote runs. Bluebird aims to provide a new option for those already doing it while lowering the barrier to entry for those who are just curious.

“The distance between the ski areas and the true backcountry is so enormous that there really should be something to help bridge that gap,” said Bluebird co-founder Erik Lambert, who cheerfully refers to the area as “backcountry-lite.”

The few amenities Bluebird does offer are aimed toward helping those with little or no experience away from resort skiing. The area conducts avalanche control on its terrain to lower the risk and offers gear rentals and daily beginners classes. 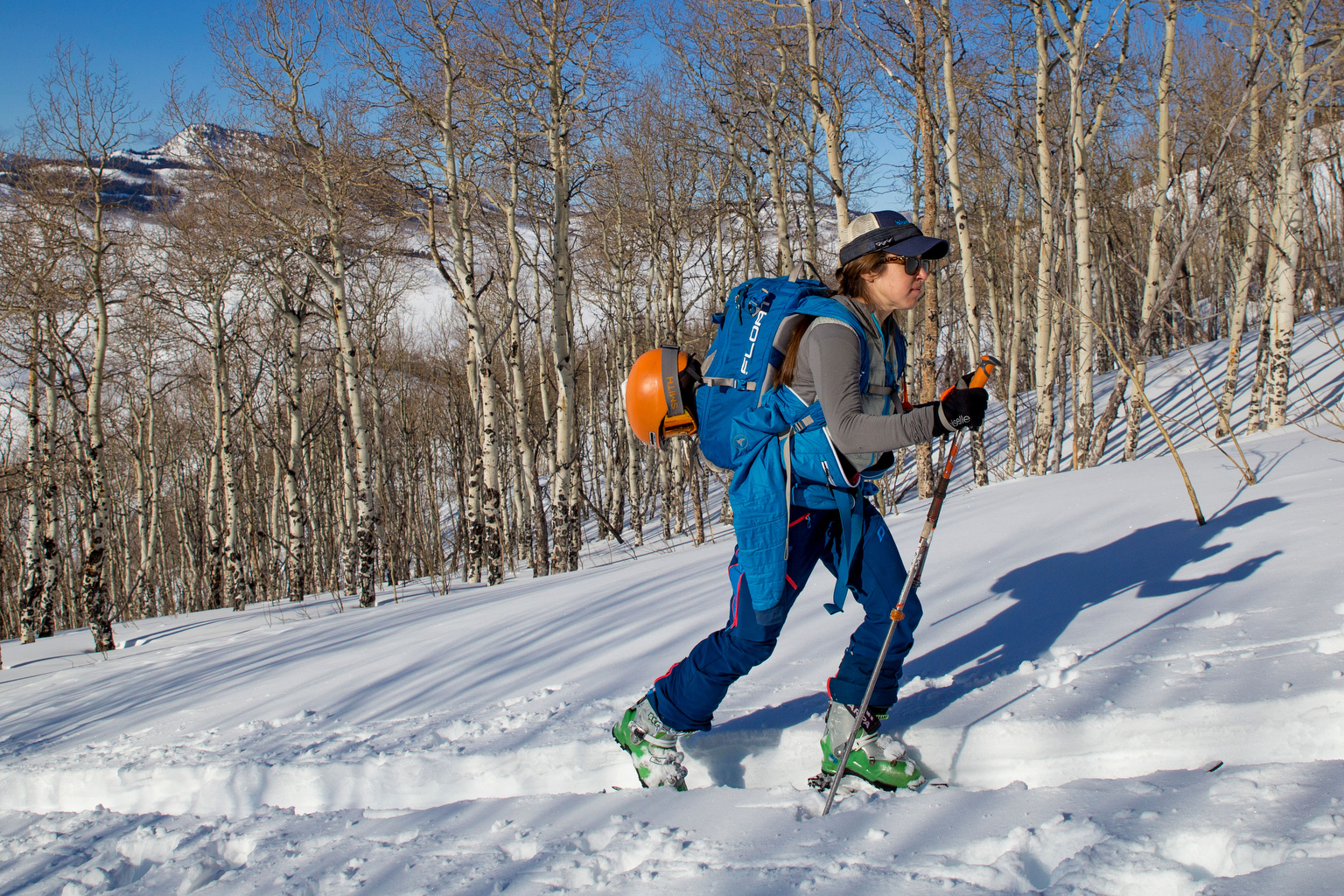 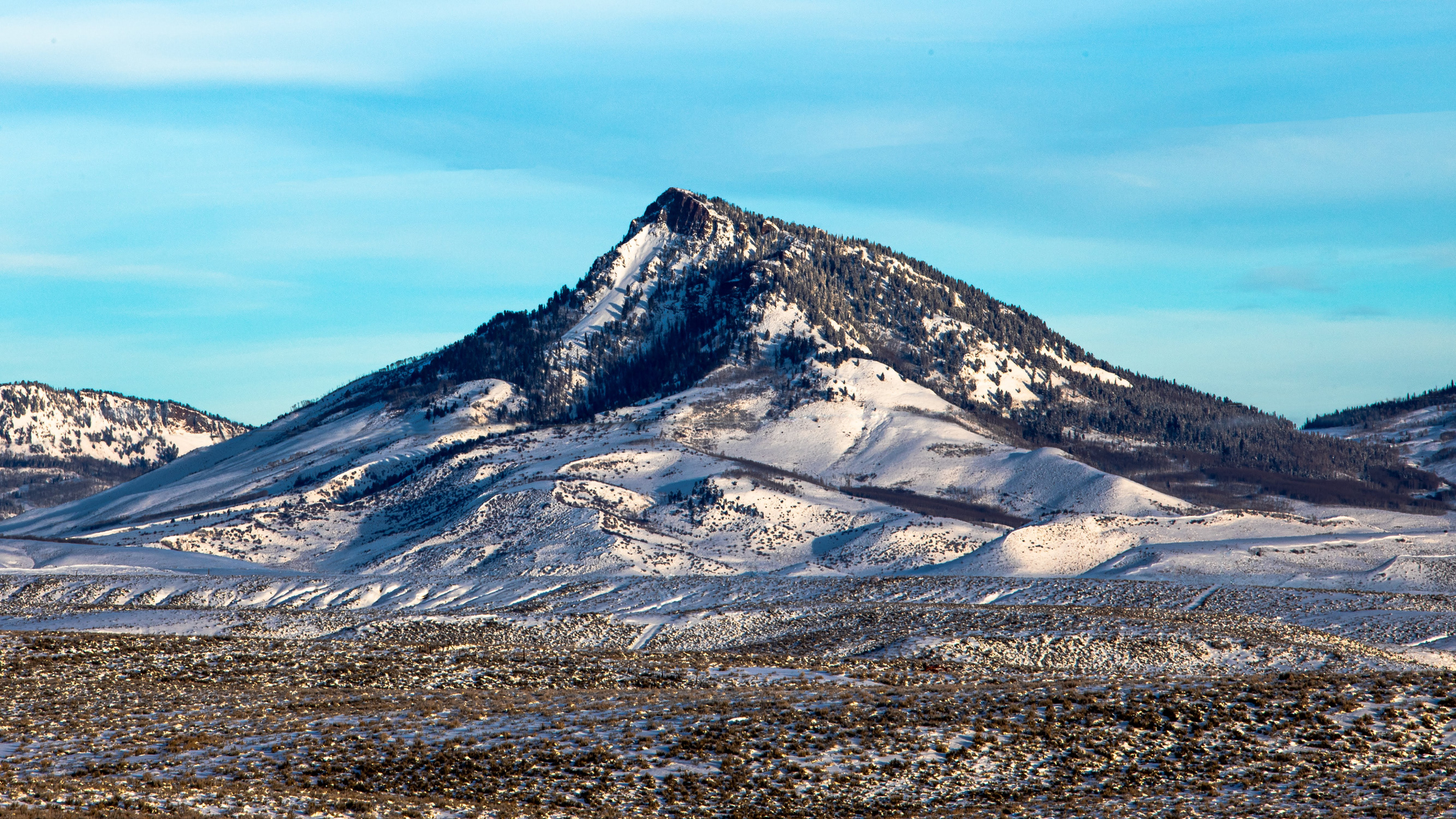 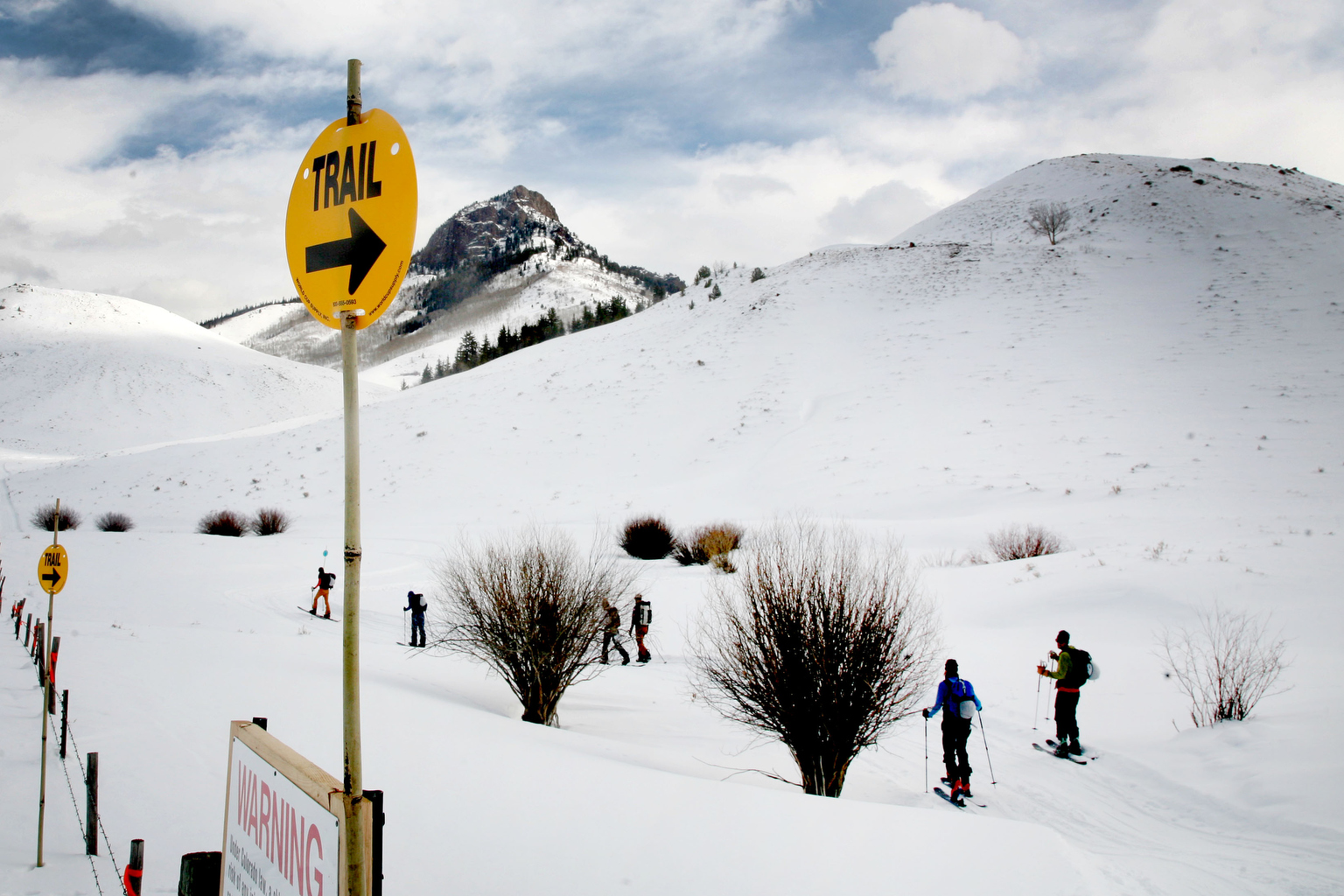 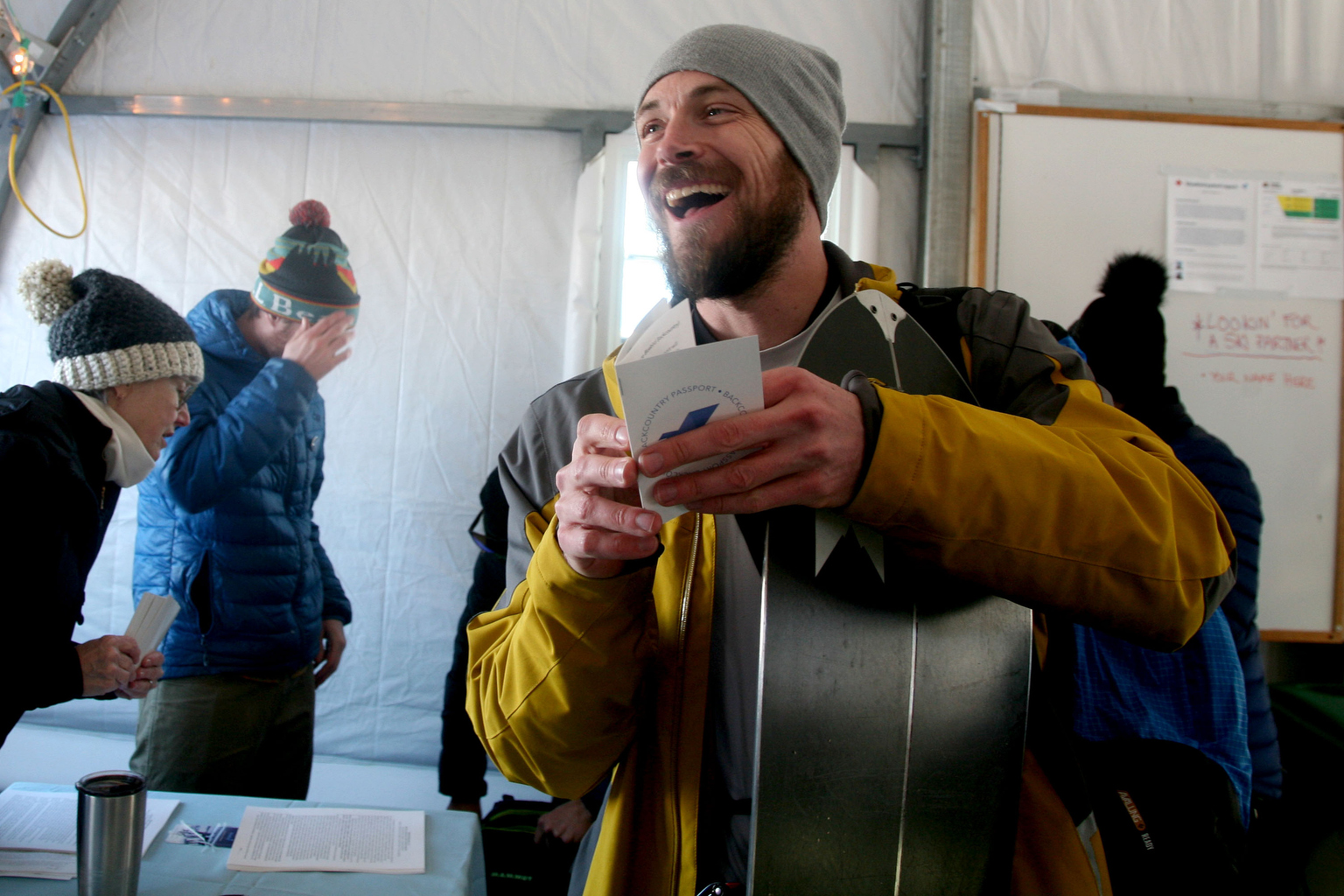 Stina Sieg/CPR NewsJeremy Bard smiles as he picks up his trail map and Bluebird “passport,” which guides visitors on a scavenger hunt-like quest to find some of the ski area’s most notable features. 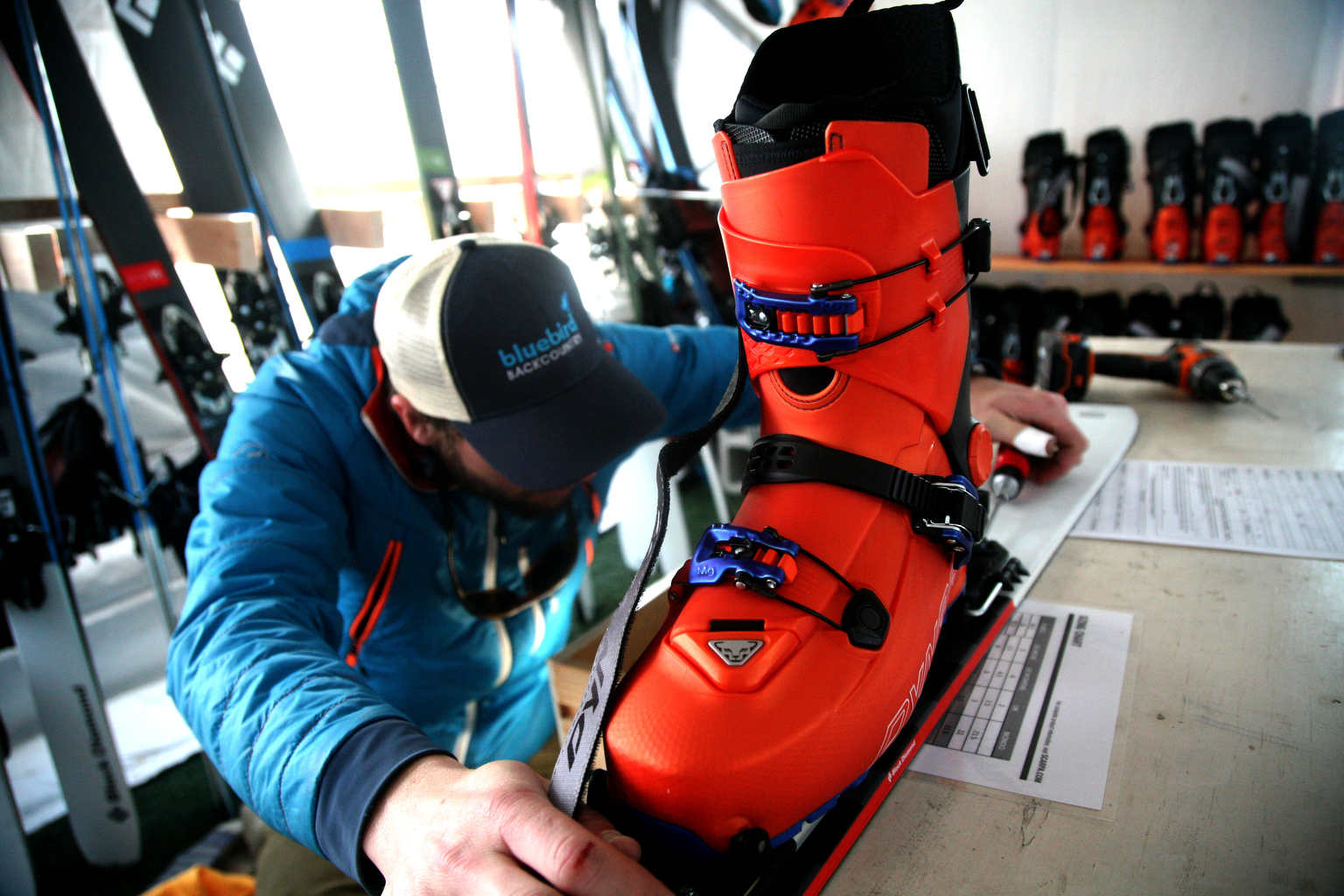 Stina Sieg/CPR NewsBrock Nelson works on skis at Bluebird’s rental “shop,” a corner of the large tent at the base of the mountain. Rentals are crucial here, to serve newcomers who may not be ready to purchase all-new gear for the backcountry. 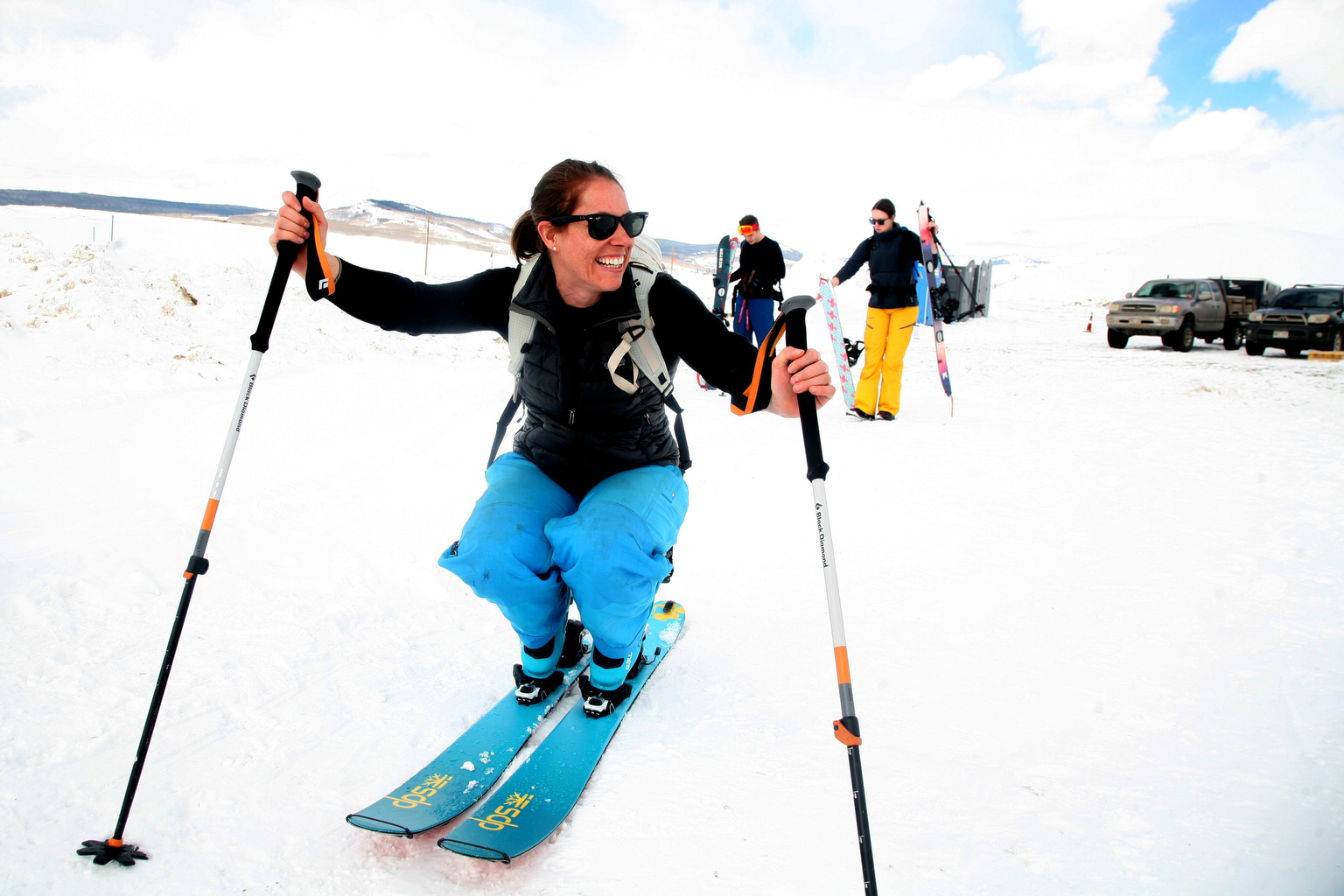 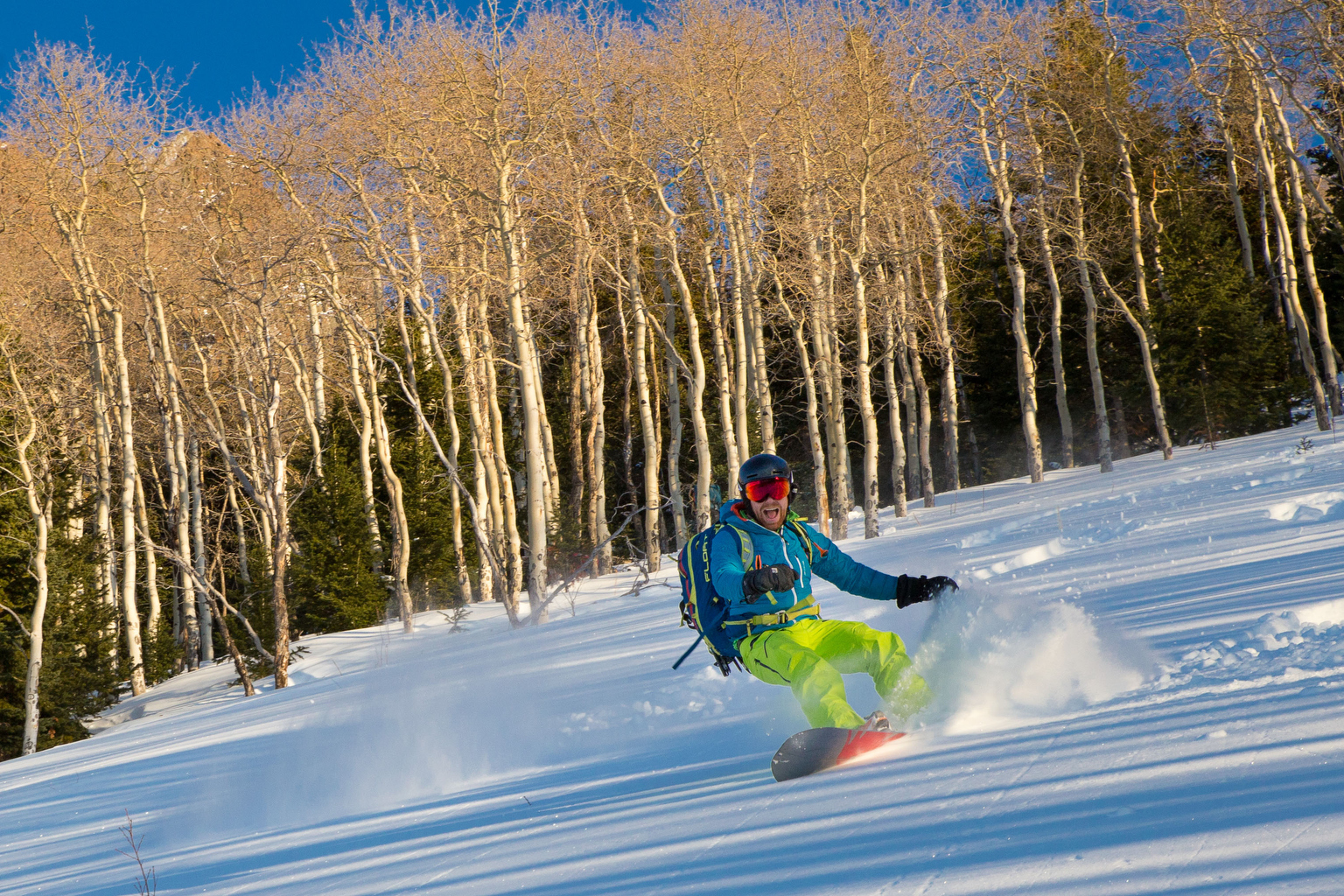 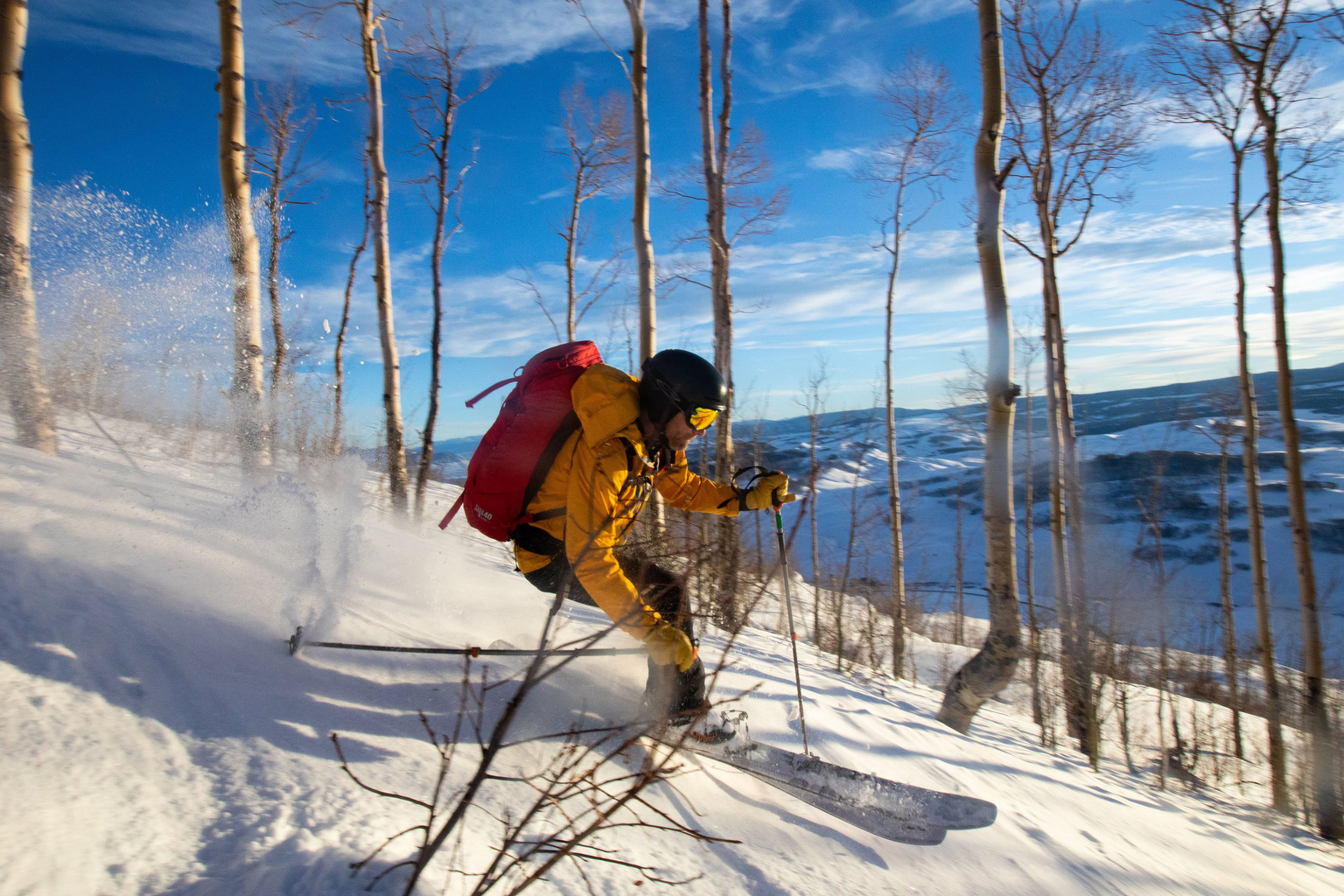 At a recent class, two instructors took newbies through the finer points of safety, gear, and technique for going both up and down. For Laura Knopp, there’s a big reason to skip the resorts and give Bluebird a try.

“Two hundred dollars!” she hooted, before her friend Amanda Hoberg, added, “And too many people!”

Up the road at Steamboat, a weekend lift ticket can cost more than $200; in comparison, for its first season, Bluebird is charging $50 and limiting guests to 300 a day.

Knopp and Hoberg took off with the rest of their class in a pack of puffy jackets, cutting through what looked like a slab of white frosting as they slowly slogged up toward shimmering aspens and a rocky peak. Skinning uphill is exhausting, especially for the class's many first-timers.

“You’re using different muscles than you might normally use,” explained Lambert. But he added that once people get used to it, many find it’s the only way they want to ski.

Backcountry speaks “a little bit more to the soul of skiing,” he said, “just having a great day outside, communing with nature and wildlife.”

At the same time, the fact that Bluebird is a planned area, with regular avalanche controls and other people never far off, also means that visitors can head off on their own here, instead of needing to gather a group of friends for safety. That’s a draw even for more experienced backcountry skiers.

“I’m a Georgia boy, so I need to go with people,” joked 63-year-old Mark Holmberg. Having to find companions to go with him can make it harder to get into the regular backcountry. Bluebird offers the convenience of solo skinning.

It doesn’t have to be a solitary activity here though. Halfway up the mountain, a warming hut offers visitors a chance to catch their breath. The crowd hangs out between runs with cans of Coors Banquet and bacon, cooked on a tiny portable grill.

Further down, at the white welcome tent, Jeremy Bard painstakingly applied a pair of skins — think of them like grippy slippy socks — to the bottom of his board, now split in two, one for each foot. Bard explained that he came to Bluebird looking for what he’s found in the backcountry before: “this kind of serenity, just this kind of silence.”

As he got ready for the trek up the mountain, Bard adjusted his poles and double checked his pack for safety gear, snacks, and extra clothes. He acknowledged that this is definitely less efficient than typical resort skiing, “but generally speaking, that’s not really why most people are doing it,” he said. “Like, it’s not to get the most turns. You want to just get the best turns.”

Those turns won't last much longer this year though, Bluebird wraps up its inaugural season on March 15.