These days the Arkansas River doesn’t seem threatening as it ripples past Pueblo’s historic district. But in early June of 1921, it was a very different story. That’s when days of heavy rains combined with mountain snowmelt to catastrophic results.

Puebloan John Korber, now in his 90s, grew up hearing family stories of the flood.

“[My father] was on one of the last trains to come in from Salida,” Korber recalled. “When he arrived in Pueblo, the water was already up about knee-deep.”

The family’s home was on high ground, but Korber’s grandfather’s house was not. So Korber’s parents thought they could get the old man to stay with them, just to be safe. But their pleas fell short.

“He was a stubborn old German and he said ‘no sir, I'm not leaving my home,’” said Korber.

It was the wrong choice. Levees broke and in just two hours, floodwaters 13 feet deep raged through parts of the city. Korber’s grandfather was swept away. His body was found in a damaged furniture store about a half-mile off, one of the hundreds of fatalities from the flood.

The rest of Korber’s family made it through that horrific night safely. One of his aunts took refuge on the second floor of a hotel across the street from her business, only to watch from the second story as her livelihood was destroyed.

“A railroad car come floating down and it just took out her little mom and pop grocery store,” Korber said.

Locomotives and train cars were responsible for a lot of damage; more than 1,200 were washed away, smashing through buildings. There were fires and vast amounts of mud. Telephone lines were out, leaving Pueblo cut off from the rest of the world. And the city was littered with the corpses of livestock, adding to public health concerns.

When the floodwaters receded, Puebloans got to work to make sure it wouldn’t happen again. The engineers literally moved the Arkansas River about a half-mile to the southwest and built a massive levee to protect the city.

The former river channel through downtown languished for decades, becoming an eyesore for the city.

“We had open drainage ditches for stormwater that were full of weeds [and] culvert pipes,” said Lynn Clark, executive director of the Historic Arkansas Riverwalk of Pueblo. “Not very attractive, you know. Not bringing anything to the economy of this town."

Courtesy of the HARP FoundationDowntown Pueblo shortly before the devastating flood of 1921. 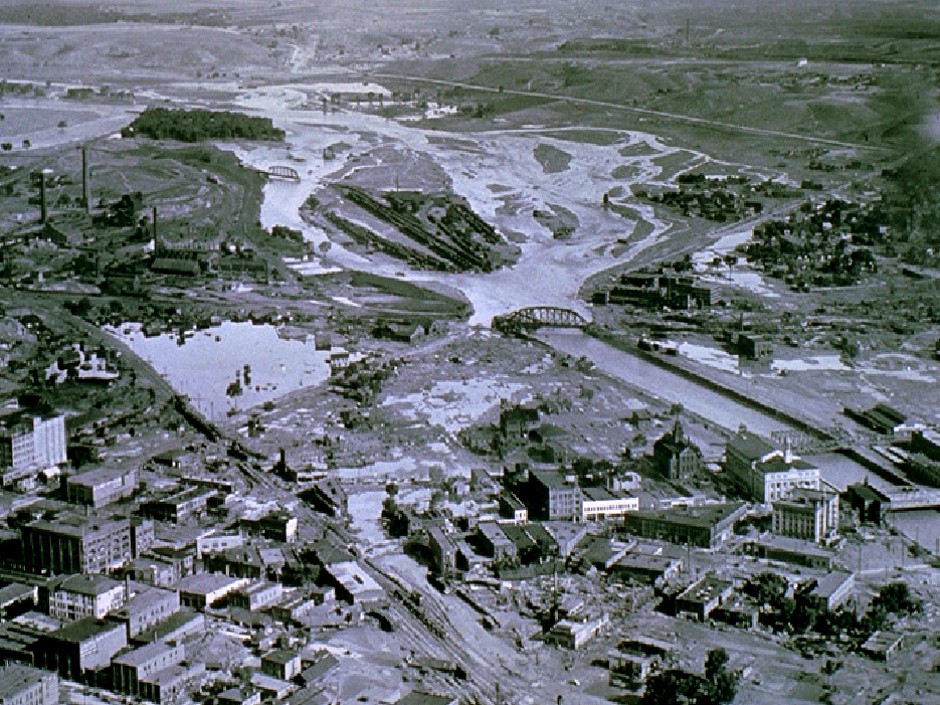 Courtesy of the HARP FoundationDowntown Pueblo after the flood of 1921. 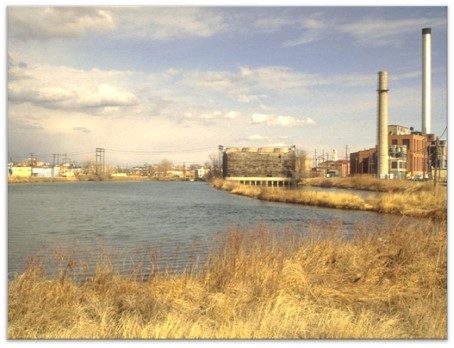 Courtesy of the HARP FoundationA view of the upper cooling pond along the old route of the Arkansas River, before the area was redeveloped. 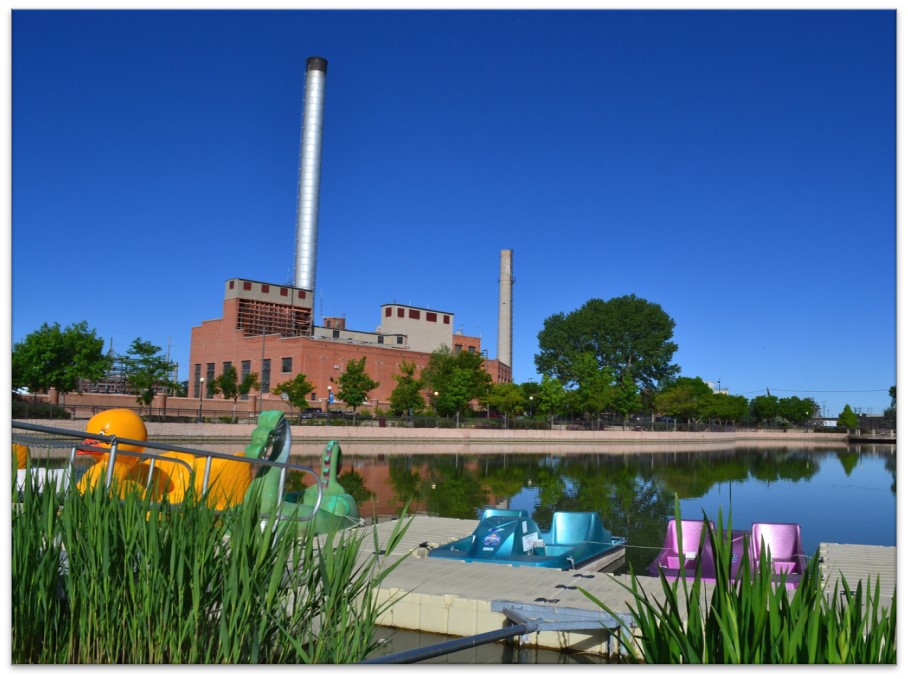 Courtesy of the HARP FoundationToday, the former cooling pond is now Lake Elizabeth, one of the highlights of the Historic Arkansas Riverwalk of Pueblo. 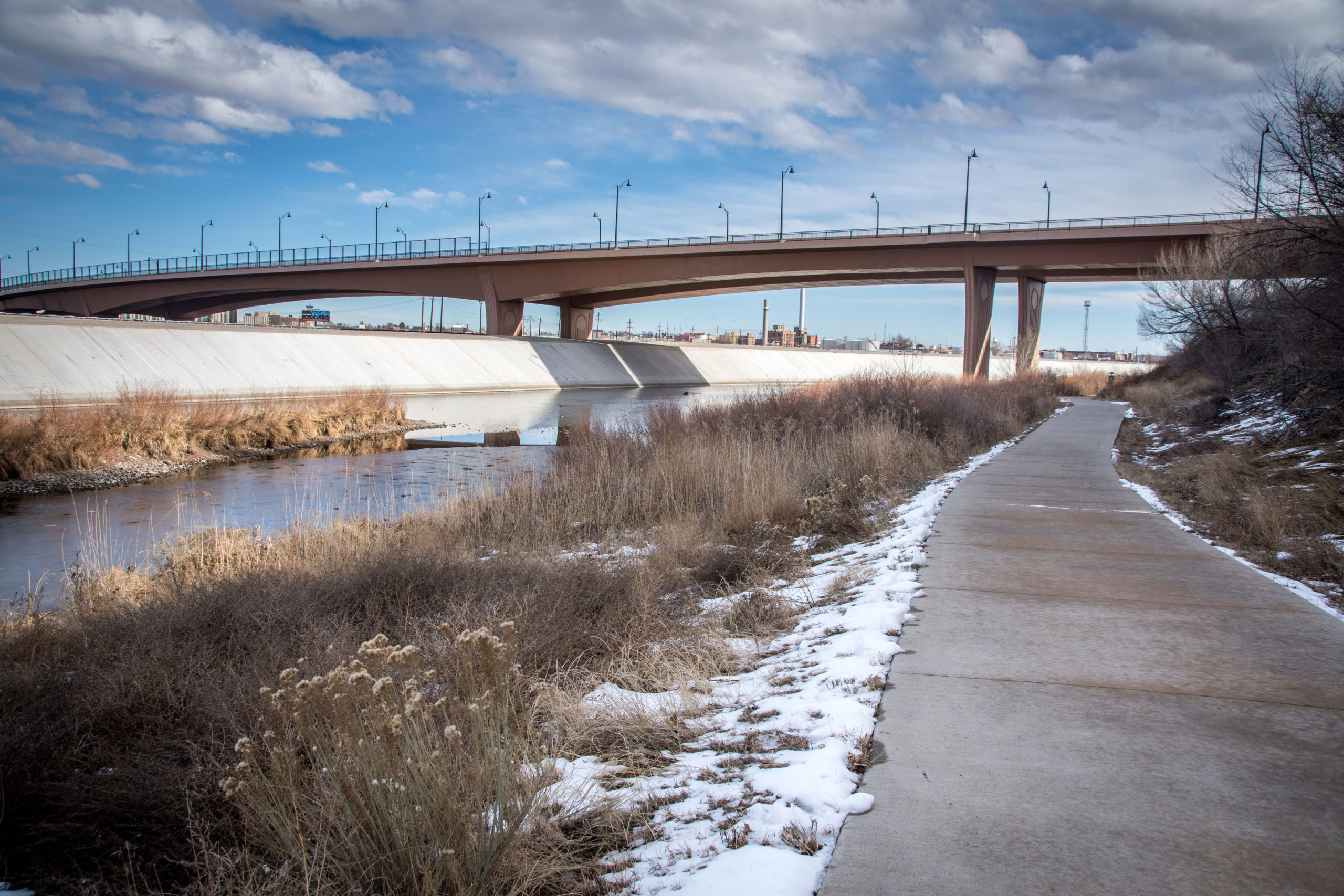 Shanna Lewis/For CPR NewsThe hiking and biking path across from the Arkansas River Levee in Pueblo, Colo., Nov. 29, 2019. The levee was constructed to protect the city after 1921's devastating flood. 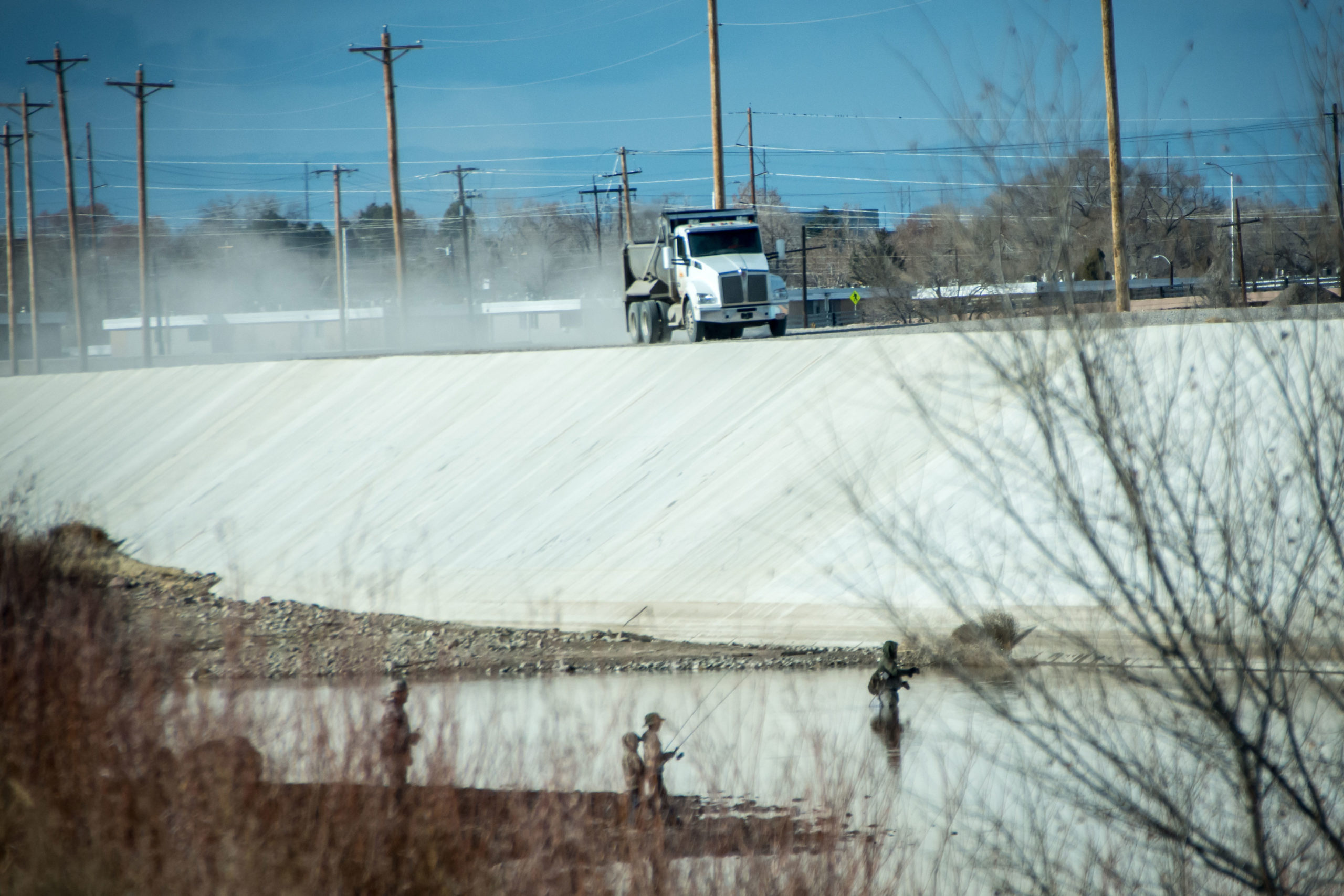 More than fifty years after the flood, a group of locals started working to change that, with the goal of making the old riverbed into a new attraction, something to help draw people downtown. Residents inspired by San Antonio’s River Walk worked with the conservancy district that controlled the river on an effort that took decades and resulted in the HARP, the Historic Arkansas Riverwalk of Pueblo.

“And now we have a beautiful urban waterfront to share with everyone,” said Clark.

The 32-acre park is lined with walking paths, restaurants and shopping. In summer and fall, there are even boat rides on this placid spur of the river. Clark’s organization estimates the HARP sees almost half a million visits a year.

As for the new route of the river, built after the flood, it's also now getting a redesign of its own. After more than 90 years, the massive levee that protects the city is being rebuilt and lowered. Construction of Lake Pueblo upstream has helped provide extra security that the city will never see a flood of like 1921 ever again.

Pueblo celebrates 150 years in March. In honor of that anniversary, CPR News has stories highlighting the city's unique history.

Editor's note: An earlier version of this story incorrectly stated that John Korber was born before the flood.