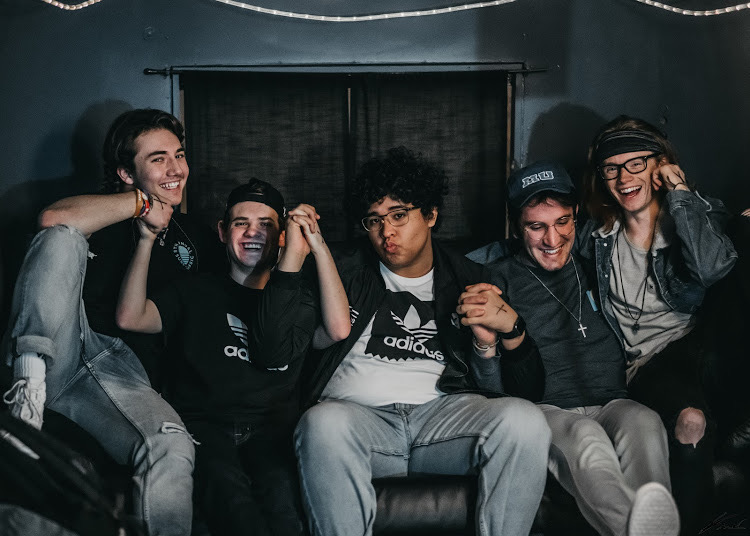 Throughout this health crisis we have stayed true to our mission of supporting Colorado music and May is blooming with more new talent to share on the Local 303!

While we can't wait for the day when we can be back in the studio or at a concert, our music scene continues to thrive with ways to connect virtually. We hope you'll discover a rising Colorado artist that we are featuring this month by checking out their Youtube videos and online and social media profiles.

About: Duo from Denver featuring Johnny Noble and Amber Leigh. They are paving a new way for rock music. It is similar to the stylings of Highly Suspect and Royal Blood. They hope to inspire listeners around the world.

About: Cate Downey is an 18-year-old singer-songwriter from Denver currently studying songwriting at the Lillehammer Institute of Music Production and Industries in Lillehammer, Norway. Her writing style ranges from indie pop to EDM with hints of R&B and urban influence. While she spends most of her time writing for other artists, she is in the beginning stages of releasing her own music as an independent artist. Her first single “Boulder” is out now.

Formed: Officially formed at the end of 2018

About: Cereza is an ever-evolving indie pop soundscape soaked with strung out, reverby chords and dreamy melodies that stick in your head.

The name Cereza came to Joseph Figueroa on a hot summer evening while resting in the shade of a cherry tree listening to old '50s tunes. Cereza means cherry in Spanish.

Long before the name Cereza or the conception of the band, Joseph Figueroa recorded songs in his room with a simple GarageBand setup and he and his roommates used to throw big house shows. One evening during a show at the end of 2017, he and Keelan McDorman, who had played drums in one of the bands that night, struck up a conversation about recording music. Joe invited Keelan to listen to some of the songs and that was the start of the band. Now joined by Brodie Eastridge on bass, the trio has been spreading their dreamy, reverb soaked music to all ears willing to listen.

In the words of The Music Range blog, “Cereza has been breaking into the scene with a bang, bringing with them a musicality and groove that is fresh for the Denver market.” Releasing a full-length album and touring are close on the horizon for Cereza.

About: Colorado-based grit-rock group CITRA is comprised of singer/guitarist Brandon Arndt, lead guitarist Augie Menos, bassist Sean Slattery and drummer Mauricio Jara. Hailing from various pockets of the country, the band found their collective home in Denver in 2015, where they have since made their electrifying mark. Since their formation, CITRA has taken hold of Denver with their vivacious energy, commanding songwriting, and unrelenting musicianship. Their five-track sophomore EP Mr. Copacetic (2018) serves as the band’s pinnacle to date, as it stays true to the band’s formative strengths, while providing the whip-fast energy fans know and love. The EP gained widespread acclaim, including 303 Magazine’s “Best Rock Artist” and “Fan-Favorite New Album.” CITRA’s tenacity, and insatiable desire for stylistic variation make them a band impossible to nail down, and have made them “the premier rock group in the Denver music scene” (Ultra 5280).

About: Four space cowboys orbiting the sound waves of the universe. Primarily housed in the rock realm, Dream Feed’s sound is as dynamic as the influences that shape the band. The power of Miguel Dakota’s voice punch soulful lyrics through the ripping guitar of Ryan Wagner, the smooth, thumping bass of Will Gaines and the precision percussion of Brian Nolan.

Formed shortly after Miguel’s top 6 finish on America’s Got Talent in 2014, the band spent 4 years playing shows across the country and fine tuning their sound, before releasing their debut self-titled album in 2018.

Over the past couple years, the band has been drawing considerable attention and in addition to multiple awards. They were named one of the top local bands in 2019 by 303 Magazine, Grand Prize winners of both the 93.3 KTCL Demo Derby and Road to Velorama, which landed them a spot at the Velorama Festival along with Wilco, Death Cab for Cutie, Tennis and others.

This past fall and winter, the band has focused the majority of their time writing and recording new music under Third & James Records. Two singles have been released with more music to come.

About: Fast Eddy started as a side-project for members of different notable Denver bands, including Dirty Few, Il Cattivo, Six Shooter, Riprats, and one very notable Denver project that they are not currently allowed to mention.

Over the years the project took over each member’s attention and they took the leap together by traveling to Atlanta to work with producer Tuk Smith (formerly of Biters, The Heart Attacks).

Fast Eddy has toured the entire country, and found friends and fans in every city they have visited so far. They say it’s unfortunate that due to current circumstances they cannot tour. However they want their fans to know when this pandemic blows over, the band is eager to get back on the road!

About: Lolita is a latin pop artist. She released her first solo song in early 2019 called "Toda Mi Gente," a Spanglish pop song about gun violence and police brutality.

Lolita prides herself on wearing her heart on her sleeve & gave her listeners an intimate look into her personal life with her second single titled "5 Year Thing," a new rave retro r&b song based on a heartbreak she experienced during her adolescent years. The single also touches on the heartbreaking yet powerful moment when walking away from someone you love becomes your only option and the inevitable leads to the ultimate glow-up!

Lolita’s latest single is titled "Loca Por Ti" and it was written and recorded in a span of three days during the winter of 2018 along with two other songs, one being 'Toda Mi Gente," which is currently a finalist in the International Songwriting Competition and another that is yet to be released. "Loca Por Ti," is a fun and sexy Latin pop song about having a crush that you can’t stop thinking about. The energetic instrumentation is perfect for dancing and working out.

About: Mandy Groves is a singer-songwriter from Denver. Growing up on Motown and 90’s music of all genres, she learned to sing about love and its many phases. She combines R&B, pop and dance music with alternative lyrical elements to create a style all her own.

About: Sister Neapolitan is made up of three songwriters: Megan Ellsworth from the Cascade Mountains of Sisters, Ore., Katie Smith from the desert in Tri-Cities, Washington, and Alana Margolis from the farmer's town of Macungie, Penn. These three women met at CU Denver in the songwriting program, and their love of harmony and folk music is what brought their creativity and souls together. Often referred to as the female Crosby, Stills, and Nash, they have also been compared to Wailin' Jenny's and Joseph. Bringing storytelling to their fingertips and lyrics, Sister Neapolitan is a band to look out for.

About: Television Generation (TVG) is an indie-rock band with a proto-punk sound that ranges from fast-paced punk rock to stoney slacker anthems, rich with catchy melodies and gritty guitar riffs best described as timeless indie rock. It has been said by Tom Murphy of Queen City Sounds, "Television Generation is the greatest power pop, grunge-not-throw-back-but-throw-forward wiseacre cultural commenting smart snark band in Denver. And that’s saying something."

About: Ten Miles South began as a group of inexperienced high school boys from Denver. In April 2018, the disjointed group was offered a small gig at a BBQ when a rock band, Violets Gun, heard a rough record of a song they wrote together. Immediately they began writing and putting together a bill for the gig and from there it just continued.

Ten Miles South later recorded and released their first EP, "Send Me Home," in August 2018 and have since released four singles and recently put out a new three song EP "Lose My Grip" with help from Hahn Audio.

The group is inspired by bands such as Bad Suns, Colony House, and Group Love giving them a unique indie pop/rock sound full of captivating lyrics and high energy rhythms.

About: With a half million streams on Spotify, sold out shows with Mt. Joy, Wild Child and Birdtalker and 100+ other performances under their belt, Whitacre is one of Denver’s fastest rising rock bands. Tours with Family and Friends, Wilderado, and Wild Rivers helped lead the band to performing at Red Rocks Amphitheater and a headlining slot at Denver’s 600 capacity Bluebird Theater. Whitacre just released their debut album, "Seasons," produced by Joe Richmond (Tennis, Churchill) and mixed by Yuuki Matthews (The Shins).