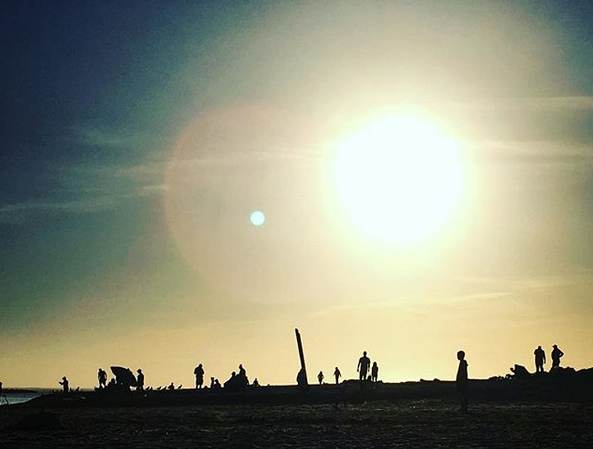 Summer hit a bit differently this year, didn't it?

For obvious reasons, the summer of 2020 has been one like none other. The hallmarks of the season – music festivals, swimming holes, and baseball, among others, have all felt it. So, too, has the annual notion of a Song of the Summer – traditionally a jam, a banger, if you will – that captures the seasonal musical zeitgeist of a given year. On one hand, the escape of such a song is needed maybe more than ever, but on the other these last several weeks often haven't felt much like a time to get down.

All of that said, we asked each of our staff for their Song of the Summer and the responses were as varied as might be expected from a group of individuals isolated in their own bubbles.

The Neverly Boys – "Never Come Down"
Not a major mainstream hit but after reading stuff like this, I just decided to go with a track that I've been enjoying during these last couple of months where the weather happened to be warm. The song-of-the-summer enthusiasm with me is palpable, eh?! Oh, and the lyrics are a little bitter and depressing. Kinda fitting for 2020, no?

Leon Bridges – "Sweeter (feat. Terrace Martin)"
Song of summer is a vibe. This year I've questioned "what's the point of this, or anything right now?" However, music is a big hug, so I tried so hard to channel the perfect song that emotes summertime 2020 during a global pandemic. While "Ferris Wheel" by Sylvan Esso should be the jam I want to roll down the windows to and blast for everyone, I'm simply not in my car anymore. Instead I have my earbuds in and I'm walking through my neighborhood being comforted by tales of feeling lost in this world, loveless, and pained by systemic racism. This music is also beautiful. One of those tracks is "Sweeter" by Leon Bridges, a song the musician wrote days after the killing of George Floyd. Bridges said, "It was the first time I wept for a man I never met." I think we're all hoping for a life more sweeter.

Nasty Cherry – "Better Run"
Summer romance, amirite? Nasty Cherry is the all female rock/pop brain child from future pop artist Charli XCX and it shows. This song is catchy, dark, a late-night bop. The visuals are everything that I expect from this band and it screams "aesthetic.". The entire EP, Season 2, has been on repeat this summer.

War & Pierce – "Amen"
L.A. music veterans Sunny War and soul singer-songwriter Chris Pierce make music together under the moniker War & Pierce. “Amen” blurs the genre lines creating an infused vibe between soul, R&B and hip-hop. This is the song Cee-Lo Green wishes he made this year and evokes the memory of Curtis Mayfield. The song’s subtle political message is wrapped nicely in spirituality.  For me, it sums up the turbulent summer of 2020.

Dylan Cartlidge – "Yellow Brick Road"
Not only is this song just a sick jam with a fun hook that instantly makes me think of boardwalking, the skatepark, roller skating – good ol' summer stuffs –  but the literal mention of a yellow brick road and where we are right now in this middle place of are we as people going towards change? Healing? Or is it still an even longer road to get to the good stuff? This song to me says: keep your chin up, stay true, you're not alone in this, take care of your internal world it's just as important as the outside world!!

La Dame Blanche – "Cógelo con Calma"
Front runner for song of 2020 in general, honestly – Afro-Cubana La Dame Blanche blends trap, dancehall, and cumbia to bring us the gift of the best song of the summer. It's not only catchy, but guides us to face challenges calmly and presently – sage advice in 2020.

Phoebe Bridgers – "I Know the End"

Anderson .Paak – "Lockdown"
While, say, Future Islands' "For Sure" has been an anthemic buoy for me in a turbulent summer out at sea; and while SAULT's Untitled (Black Is) is essential full album listening; and though I did a few weeks back declare "You About to Lose Your Job" to be the song of the summer... I have to go with Anderson .Paak's ripped-from-the-headlines "Lockdown" for its immediacy and a laid back groove that belies the sobering tragedy within. It's a song forever tied to the moment, time-stamped by a summer that won't be forgotten.