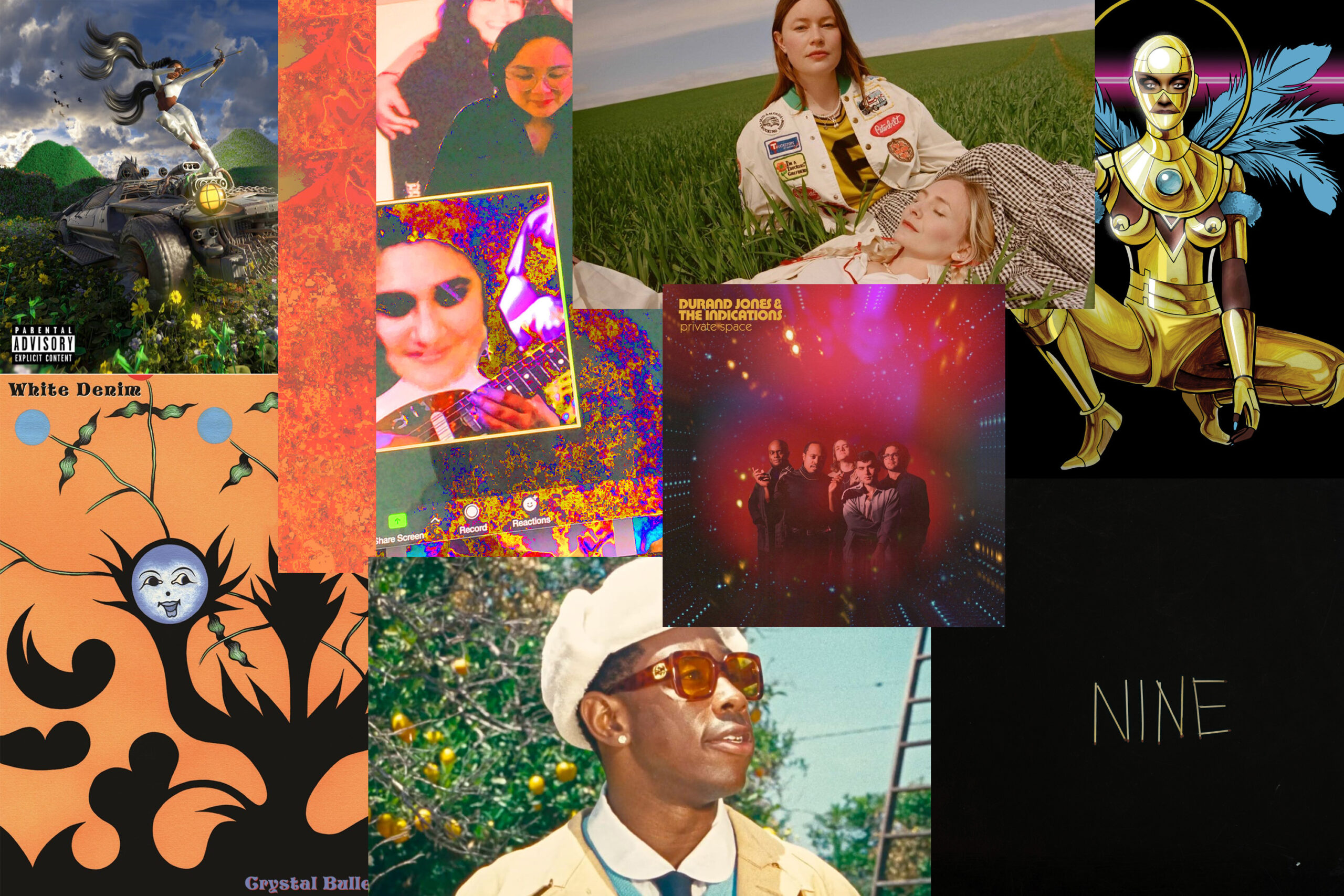 Well it has been another strange summer in a COVID bubble, but alas things are somewhat going back to "normal": Bars have opened up, concerts are on, and we're seeing our loved ones more than we could last year while in lockdown. So with feelings of hope and a little apprehension during these times and a slew of incredible music out so far, what makes the perfect song of the summer? Is it something you can dance to? Put on a long road trip? Our Indie Hosts picked tunes across genres that reflected their summertime moods, and yes, Durand Jones & The Indications made it on several of our lists. We've got tunes for every mood. Browse the picks below:

Not only does this song of summer sample Fiddler on the Roof in a clever way, but this song is a kiss-off to all of Milli's haters and after a wild year, there’s no shame in standing up to those that question her greatness.

If this is the only single we ever get from new duo Wet Leg, it will go down in ‘song of summer’ history as the best breakout track of 2021. Playful, sexy, confident— I want what they’re drinking in the Isle of Wight.

They had me at “members of The Corner Girls and TuLips!” Denver’s newest indie pop darlings Waiting Room’s single “Cool Girl” is the perfect introduction to their ‘cool girl’ vibes, and I’m soaking it UP this summer, on repeat!

La Dame Blanche does it again. Last year she made my favorite song of the year, “Cogelo Con Calma,” and although she’s got a new album (Ella) and a few other singles out now, this one I think truly represents all that that the artist has to offer - amazing flute intro, infectious beats, and trap stylings from the Cubana residing in Paris. This is it. This is your summer jam.

Okay I had the privilege of going to the Tropicalia Festival in LA in November of 2019. It had been 2 and a half years since Chicano Batman had released Freedom Is Free, they had just headlined the UMS here in Denver, and had been steadily growing the audience they deserve. As the sun set, Bardo Martinez announced new music was on the way. A new album! They began to play “Dark Star.” I remember being floored by this song. Mainly the line, “I’ll knock down the wall now.” The song wasn’t included on 2020’s Invisible People, but it was just released as a single (with a wild ass video) - and honestly I think it deserves that spotlight.

It is a real struggle to keep myself from singing along on the mic whenever I play this song on air. Durand Jones & The Indications new album, Private Space, is released on July 30th, and if the rest of the album is anything like “Witchoo,” it’s on track to being one of the best of 2021. It’s catchy, it’s danceable, and you can’t help but join in the singalong.

"Last Year Was Weird, Vol. 3" is the album title for Australian artist Tkay Maidza and it's such a mood. "Syrup" is one of the harder hitting singles off the project and it is HYPE! I first hear Tkay on Indie with her cover of Pixies' "Where Is My Mind?" She has such range and talent.

"Corso" by Tyler, the Creator

Tyler is BACK! His follow up to Grammy winning IGOR is a powerful, highly produced compilation full of energy and storytelling. "CORSO" is the standout single for me off the album "CALL ME IF YOU GET LOST", it just goes so hard and I catch myself yelling out the lyrics as I drive. Honestly the whole album is a good roadtrip, rolling around town compilation.

"Bunny Is A Rider" by Caroline Polachek

The latest single from ex-Chairlift member Caroline Polachek is sexy, simplistic bop. It has been on repeat since it dropped a few weeks ago. I can't help but grove around my apartment to it.

A fun-time party jam about getting together? After a year-plus of sitting around at home? I’m not the only one to make this pick, but it has to be included.

Hey, don’t forget that you only have 99 days to pick up this record. I believe the clock started on Jun. 25, so do the math and don’t let time run out, because they seem like the kind of band that will keep their promise. Gotta love their (no) marketing campaigns too. Ha.

Nostalgia kills – it’s good to add some future to your retro. This is the pre-PARTY, the PARTY, the after-PARTY, and my official Song of the Summer 2021.

“Relax, enjoy the ride I’m giving you…” sings Dawn Richard to open this banger, and throughout. I have no choice but to obey and couldn’t do otherwise if I wanted to.

I’m going with all new cuts for my picks, and this one’s from Matthew E. White’s upcoming K Bay (out Sept. 10). It’s his first solo album in six years, but he’s no stranger to crafting stone-cold jams. This one boasts a fresh groove that somehow also brings an air of familiarity with it, likely thanks to an unmistakable Mark Kopfler/Dire Straits nod. Pairs with sticky days and backyard BBQs.

"Guided By Angels" by Amyl and the Sniffers

Summer is a time for exploration, discovery, adventure, and getting rowdy whether or not you got them angels for guidance. This single released at peak summer offers the energy and determination to keep going.

Great for when you’re getting groovy. A carrier song, like a sonic cloud just dancing and moving you in a light realm of psychedelia, for beginners. Don’t worry there’s no ‘too high’ or ‘come down’. Much mellow best enjoyed while floating in a body of water or grillin' from the Austin rock outfit, White Denim.

Summer goth anthem sung from the perspective of OG rebel, fallen angel lucifer. Cinematic doom with grace from king woman, Morning Star is the first glimpse of a new album, Celestial Blues that is sure to bring you to your knees. I gleefully wait in perfect agony.

School’s almost back and this is a fun risque romp looking back at last semester and getting us ready for returning to school.

A song that oozes summer barbequing in the neighborhood with good friends and ice cold cervezas. B Real adds the flavor to a band that knows how to party and represents comunidad.

Evokes a vibe of Minneapolis soul, specifically Morris Day & The Time.  While the band is from Indiana, they evoke that sound that makes you wanna get up and dance and do the slide.

"It's All Happening" by Saint Motel

Waking up from lockdown has theme songs and this is one of the better ones. “It’s all happening, FINALLY!"

"Back of My Hand" by Bachelor

Summer concerts are back and although what imagery I have from this track comes from the stripped down genius of a video, the lyrics do a great job of creating that feeling of wanting to be in the front row...after kidnapping your musical crush that is..

Released April 29th this remix is an elevated version of the song featuring BENEE that I keep finding myself listening to whenever I’m feeling overwhelmed or blue. Truly hard NOT to bounce while listening to this audio sunshine and goes great while dancing with a puppy, so there’s that.