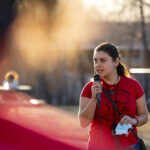 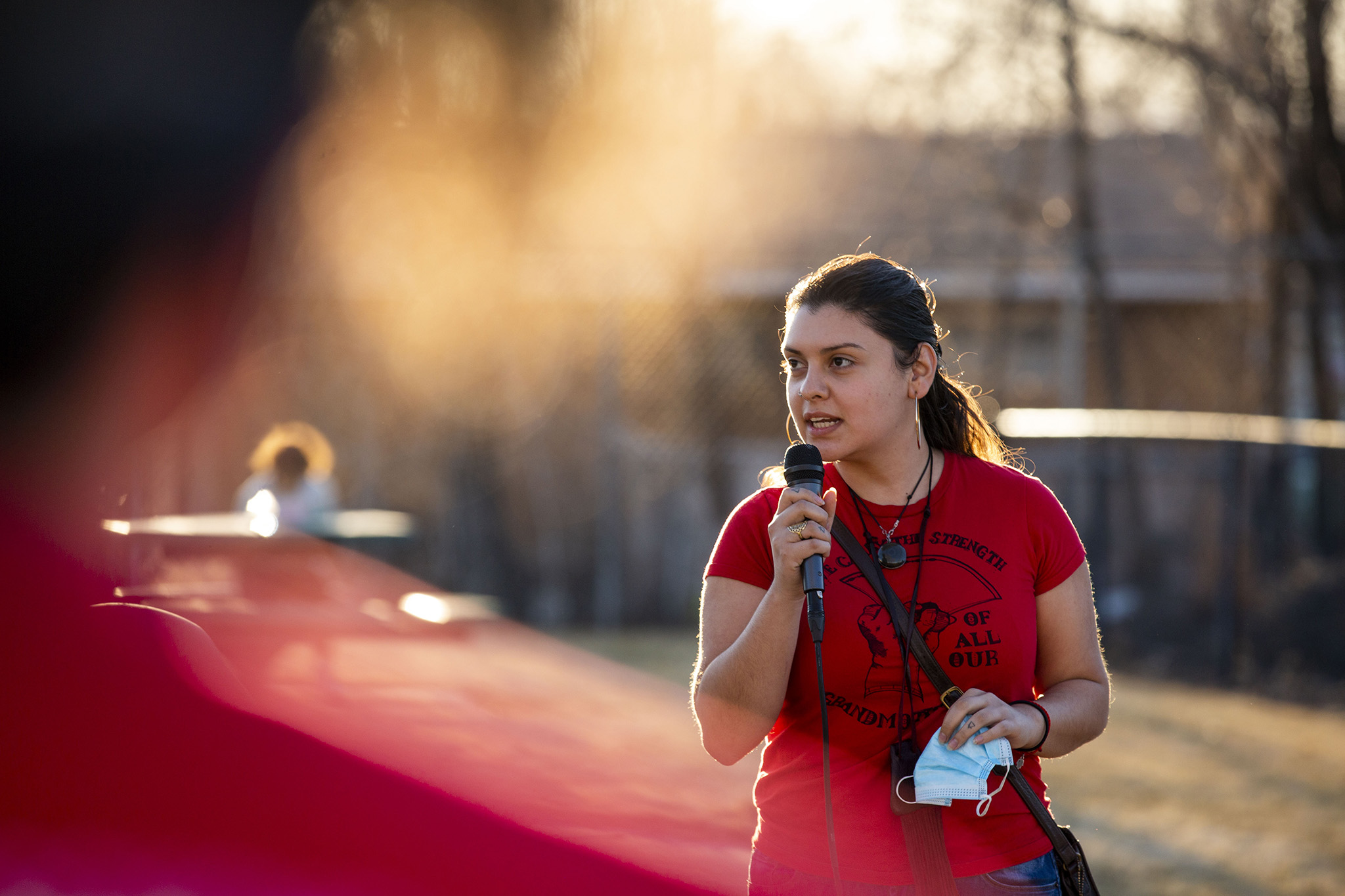 FY21: The Year in Review

As we look back at the period from July 1, 2020, to June 30, 2021 (our Fiscal Year 2021), we see countless examples of how reporters kept us informed, music hosts improved our spirits, and events brought us together virtually in a time when change was the only constant.

Colorado Public Radio was there for you when times were hard and when you needed a moment of joy. We hope this snapshot will show a glimpse of what you — our listeners, members, donors and sponsors — made possible. We couldn’t do it without you.

If you’d like to read our full FY21 Annual Report, you can do so here.

This feature was created by our marketing and promotions department at Colorado Public Radio, which is solely responsible for the content. CPR News editors and reporters were not involved in its creation and no editorial judgment should be inferred.

The 2020 Voter’s Guide was the most comprehensive CPR has ever produced. Major work was done by CPR News staff on candidates, ballot initiatives, even the RTD board of directors. And we collaborated with students at the University of Denver and CU Boulder to compile and collate candidate answers to numerous questions posed by CPR News staff. Usage confirmed the importance and value of this work, with more than 384,000 users from October 12 to election day, nearly 90,000 more than the 2018 guide.

B-Side Music Fridays at the MCA

Each Friday in the months of July and August, Indie 102.3 and MCA Denver premiered an exclusive concert video filmed on the rooftop of the museum so audiences at home could still enjoy new music from local acts. 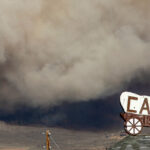 In October, we sent two teams of a reporter and photographer to each side of the East Troublesome Fire, telling the stories in newscasts, debriefs and digital. The traffic to our fire coverage topped COVID and Elections coverage for those couple days. In the last week of January, Sam Brasch and Michael Elizabeth Sakas delivered a weeklong series about Colorado's unprecedented 2020 wildfires season: “The Future of Wildfires in Colorado.”

The climate team explained how climate change is fueling fires and making them faster and less predictable, and they reported on elevated fire risks to non-English-speaking communities, roadblocks to reducing the risk and potential solutions to managing forests, and how we live with fire.

Stay up-to-date! Sign up for the Climate Weekly newsletter 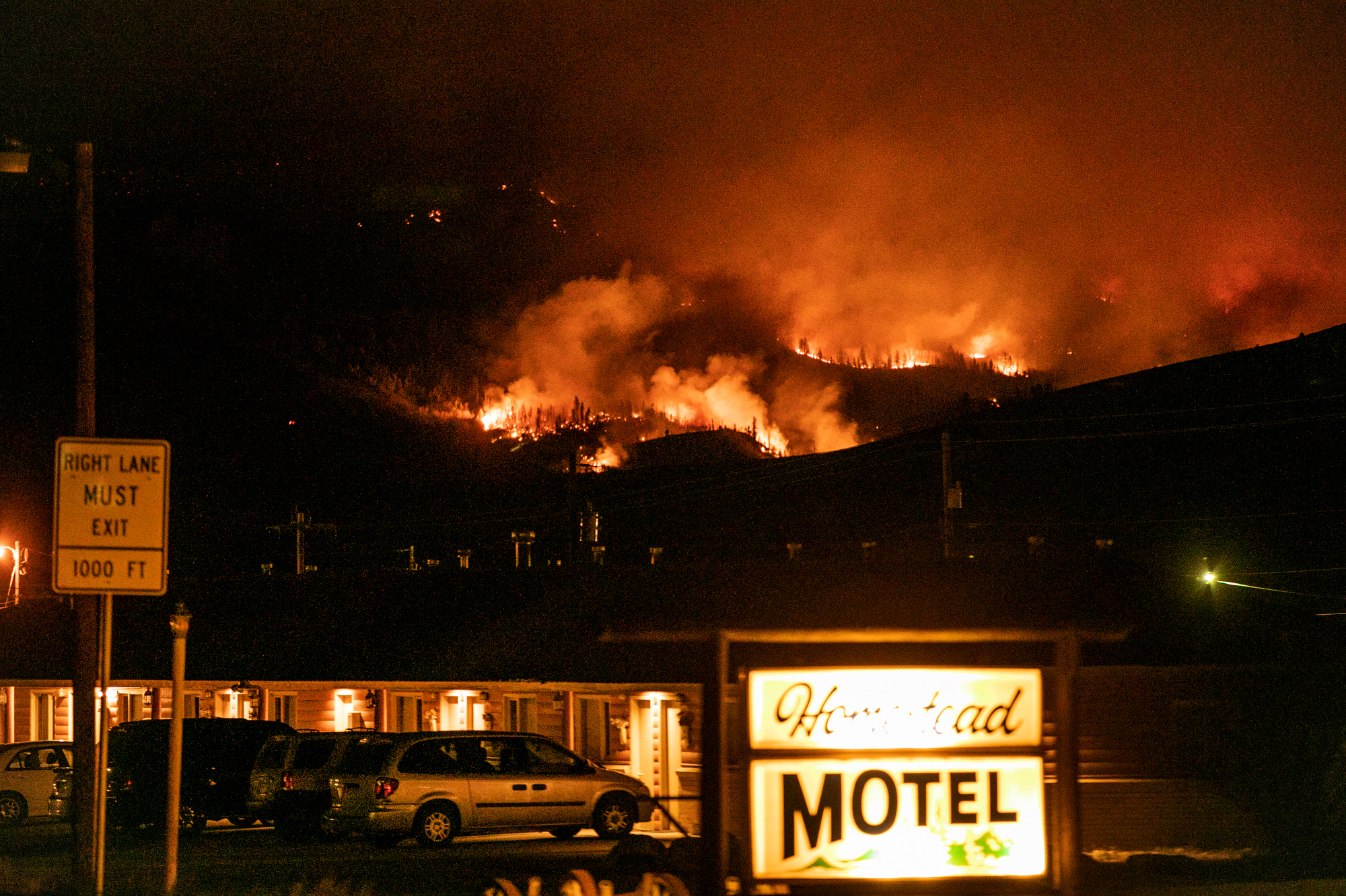 Hart Van Denburg/CPR NewsThe East Troublesome fire burns just a few miles from Granby in the early hours of Thursday, Oct. 22, 2020. The blaze grew to about 30,000 acres on Wednesday, burning all the way to Grand Lake, whichwas evacuated. 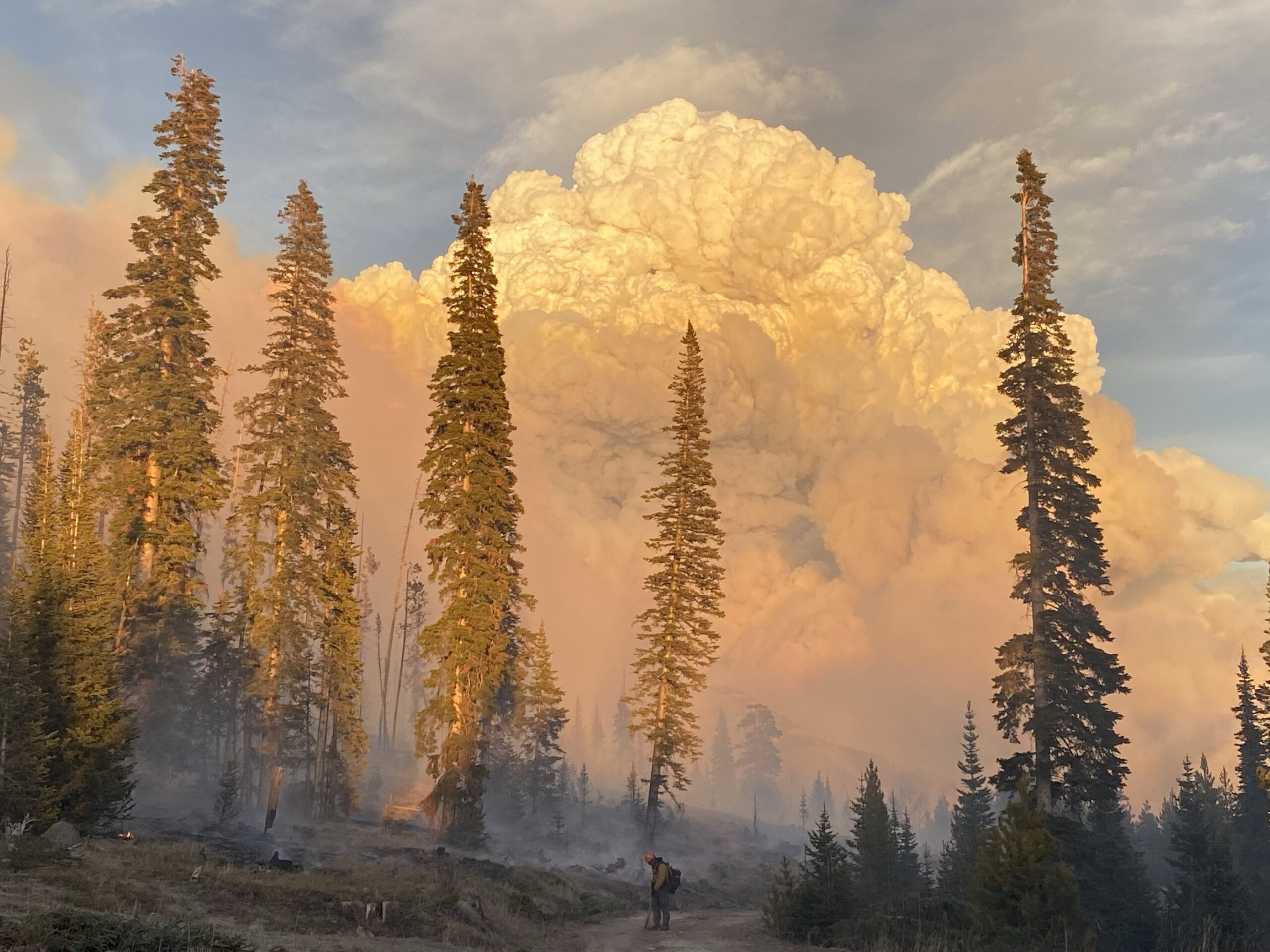 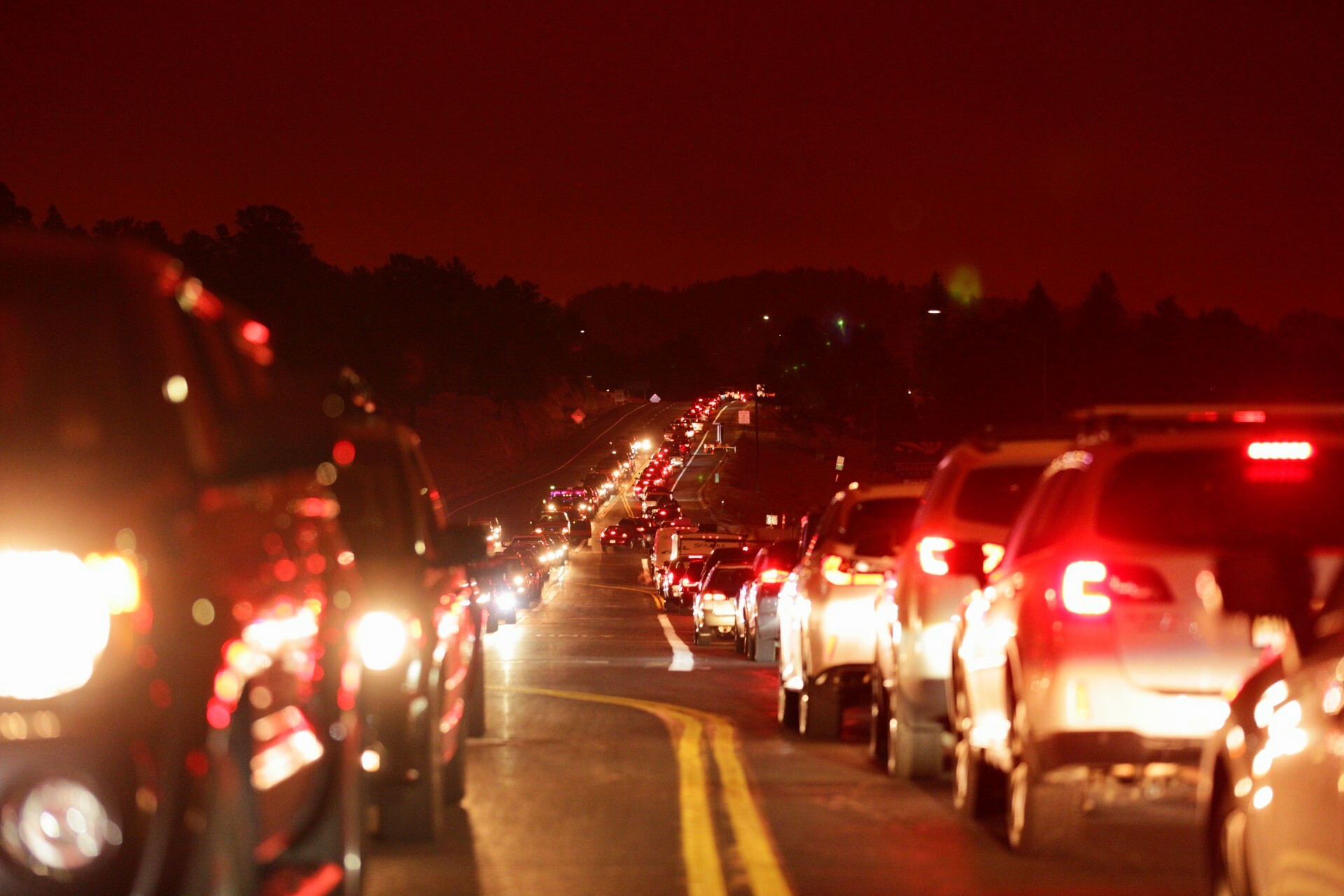 Kevin J. Beaty/DenveriteAt 2:15 p.m. in the afternoon, it's dark as night — and traffic is at a standstill — as people evacuate Estes Park. Much of the town is under mandatory evacuation orders from the nearby Cameron Peak and East Troublesome fires. Oct. 22, 2020. 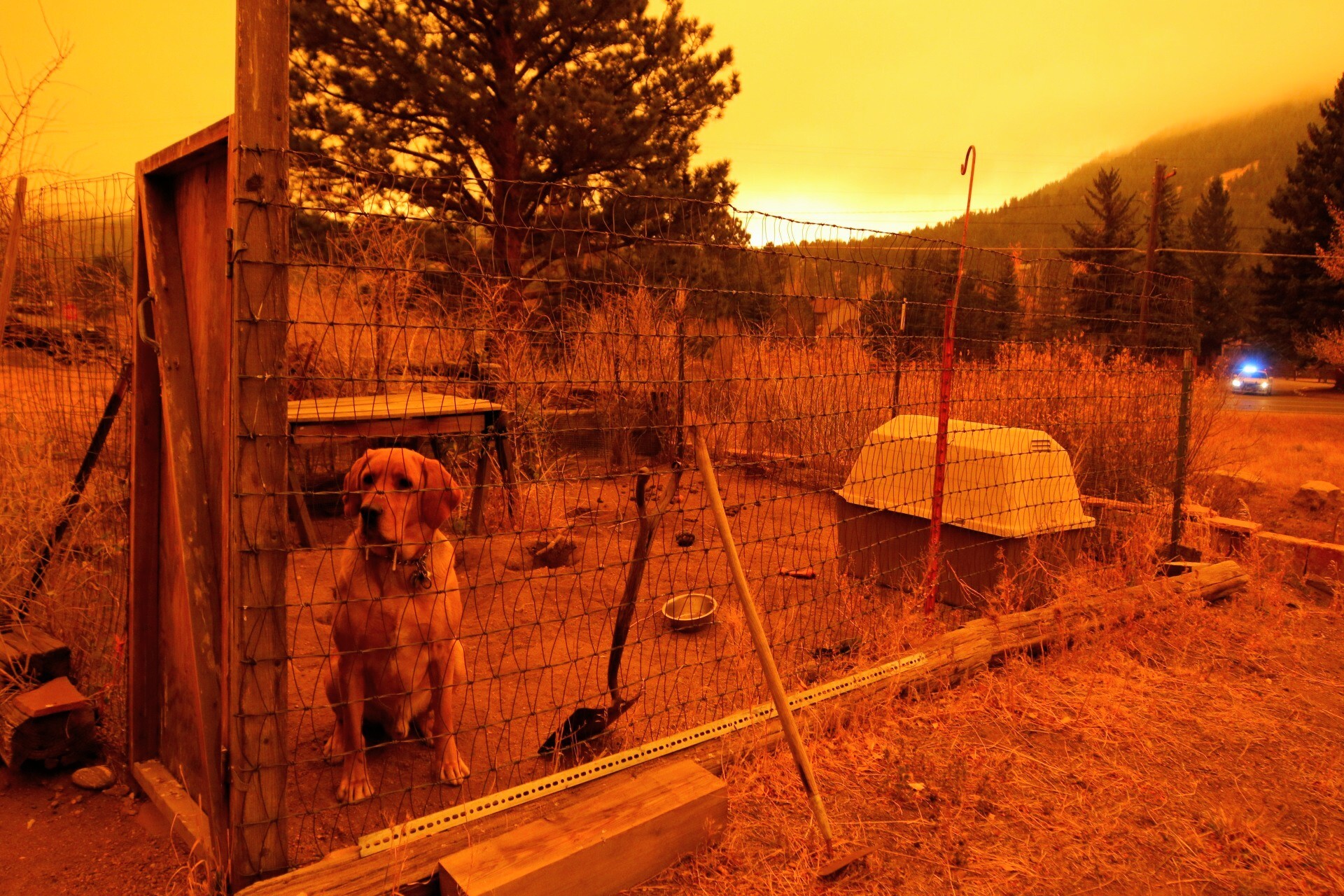 Kevin J. Beaty/DenveriteMandatory evacuations are underway in Estes Park as the Cameron Peak fire and the East Troublesome fire threaten the area. Oct. 22, 2020 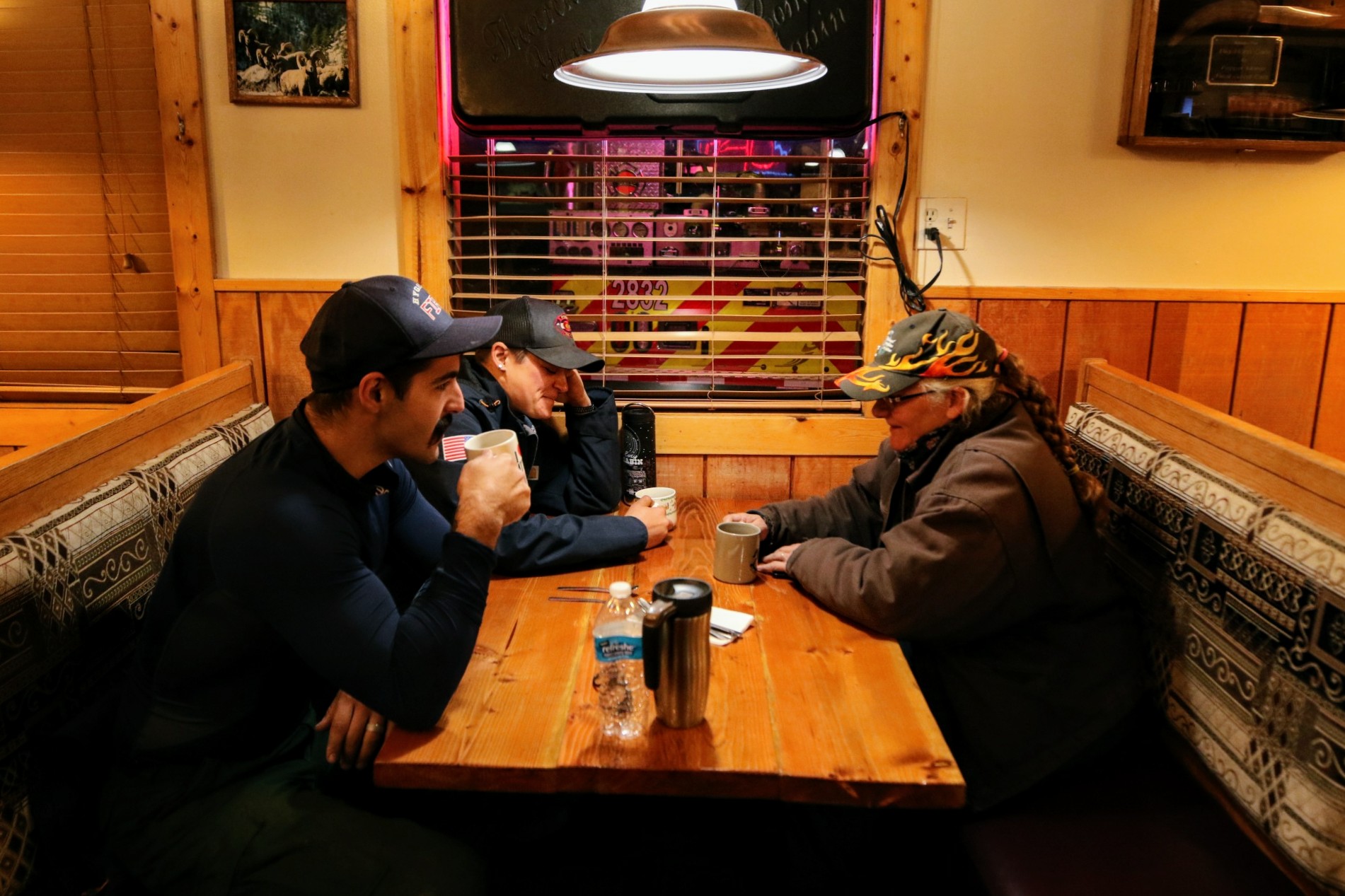 Kevin J. Beaty/DenveriteHygiene Firefighters Nicole Palestro, Kirsten Barry and Dylan Miraglia sip coffee at the Big Horn in Estes Park before their shift fighting fires in the area — both the Cameron Peak fire and the East Troublesome fire are burning near Estes Park. "We're hoping for snow," Nicole says. Oct. 22, 2020 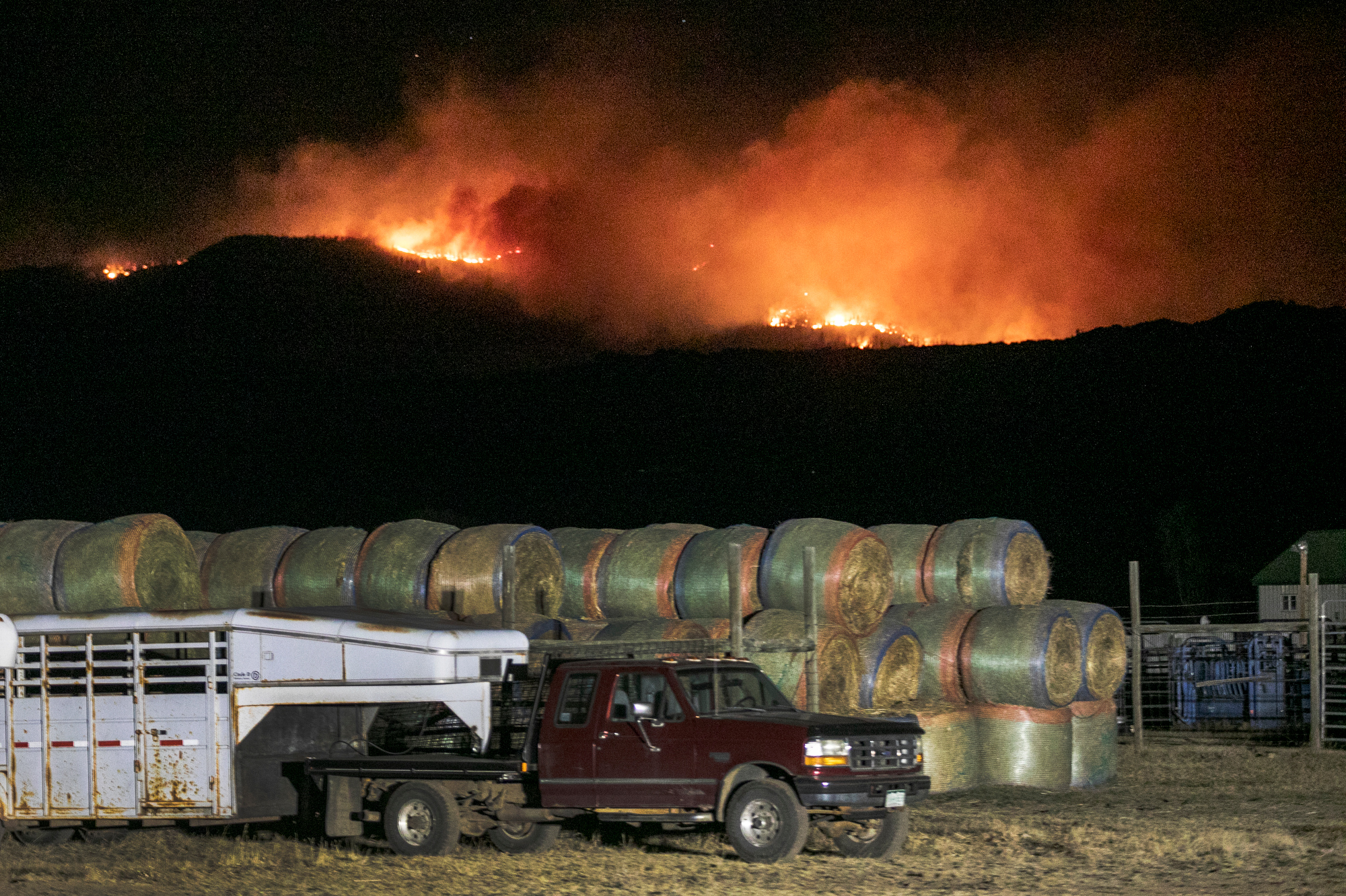 Hart Van Denburg/CPR NewsThe East Troublesome fire burns just a few miles from Granby in the early hours of Thursday morning, Oct. 22, 2020. The blaze grew to about 30,000 acres on Wednesday, burning all the way to Grand Lake, which has been evacuated. 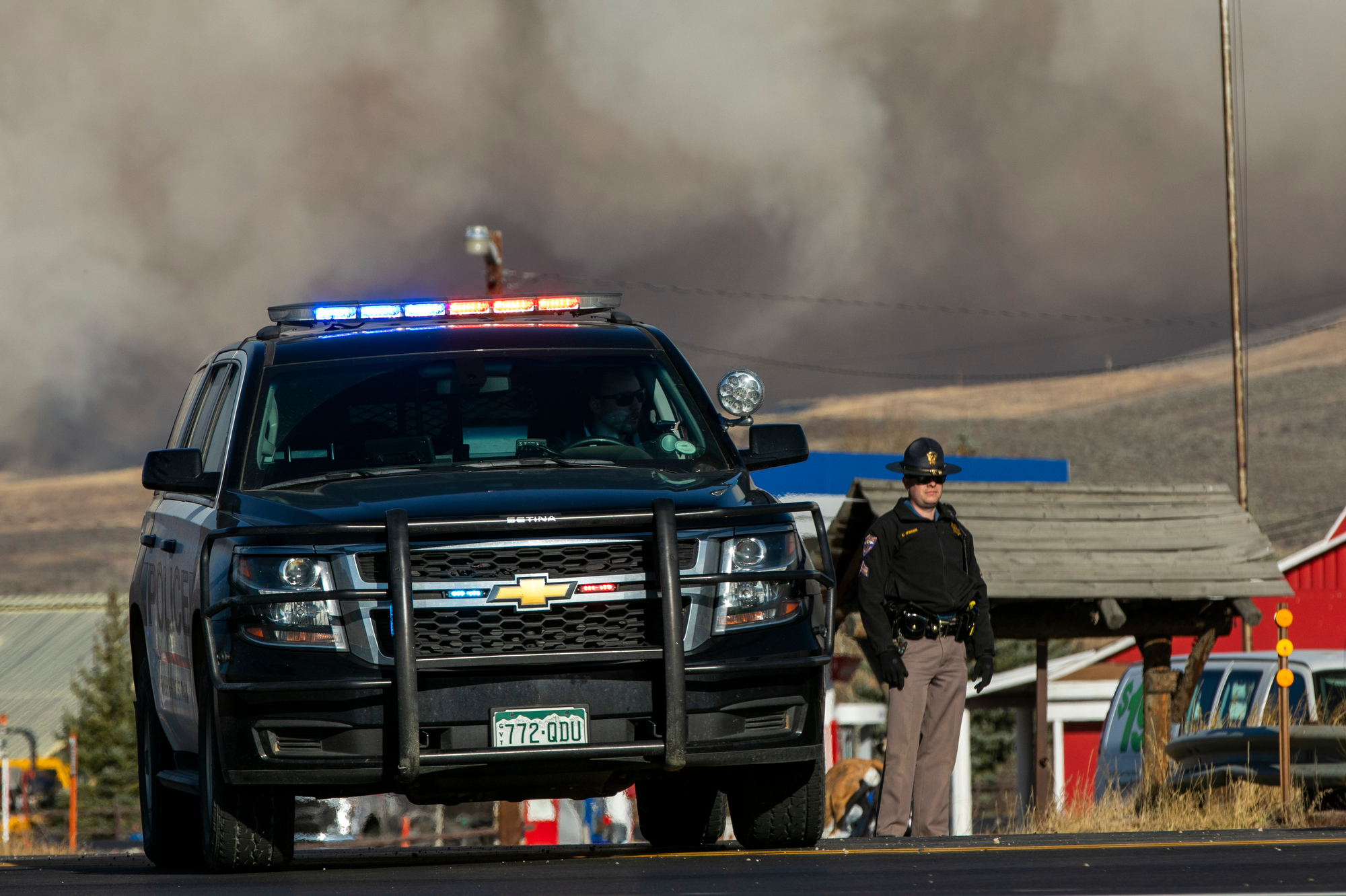 Hart Van Denburg/CPR NewsThe East Troublesome fire burns near Granby Thursday, Oct. 22, 2020, as a state Trooper is stationed at a roadblock on Hwy. 40.

Instead of packing a theater for the annual Colorado Matters Holiday Extravaganza, we put together a show with recordings of interviews and performances from all over the state, streamed it on YouTube, then held a live, virtual after-party for fans to ask questions. The video beautifully captured the surge of creativity seen during the pandemic, and for that one night, we indulged in an escape from everything going on in the real world.

CPR Classical launched an ambitious ten-week celebration of all things Beethoven leading up to his 250th birthday. In addition to special programming on-air and online, we also produced the Beethoven features in Spanish, which reached a national audience on the syndicated bilingual Classical music program “Concierto.” 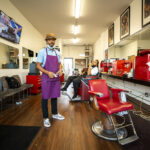 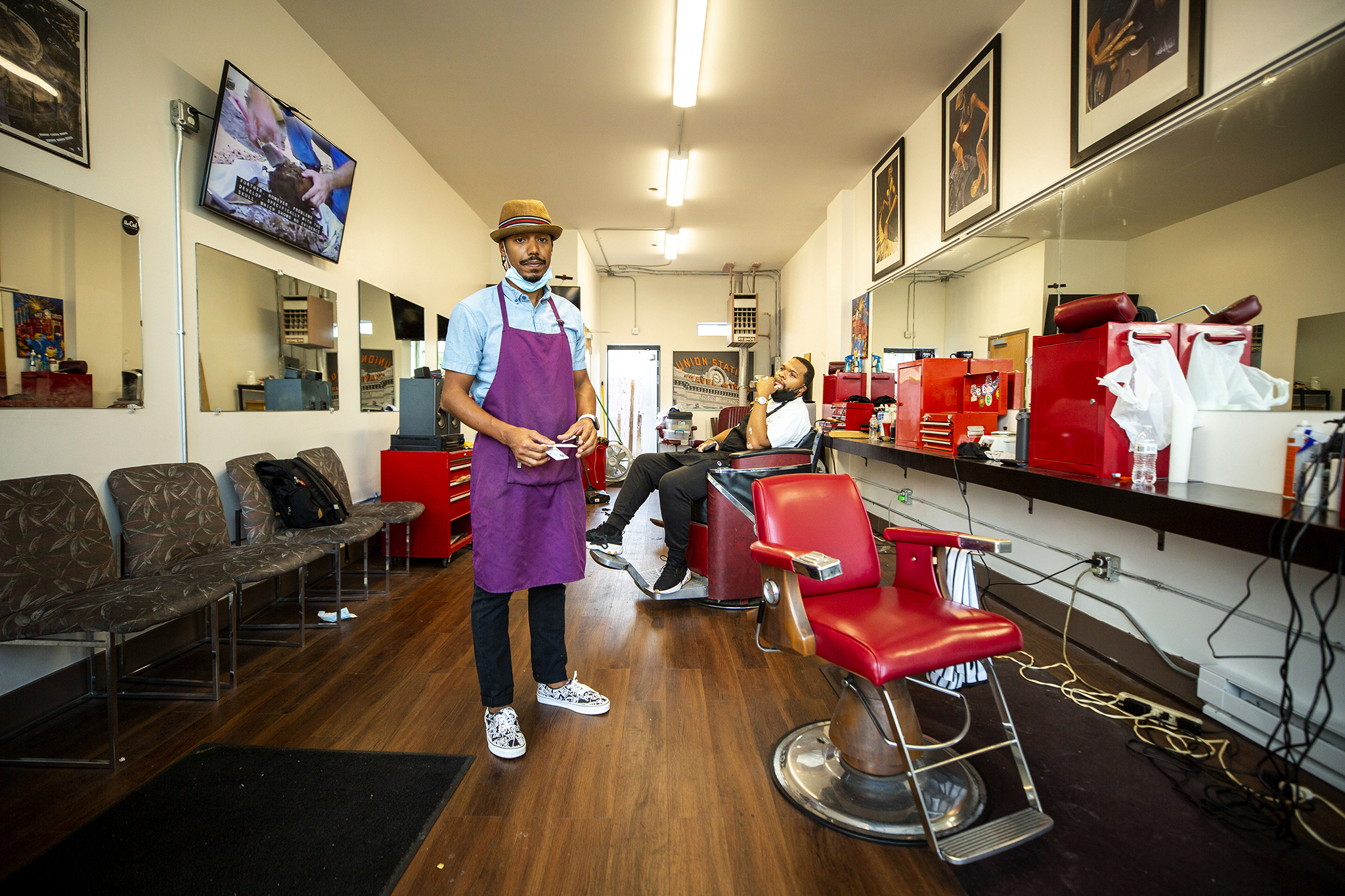 In December, Denverite zeroed in on Bruce Randolph Street for "Street Week," an annual feature focusing a week's worth of stories on one Denver street and its importance to the city's culture. In addition to reporting about what makes that street special, we held a virtual community event about the legacy of “Daddy Bruce” himself.

Read all the Street Week Stories on Denverite

Education reporter Jenny Brundin produced a series at the beginning of the year on the childcare staffing shortage in Colorado. Over six parts, she explored different ways people are getting into the profession, from apprenticeships to programs for refugee and immigrant women. Read the 6-part series. 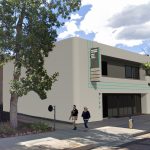 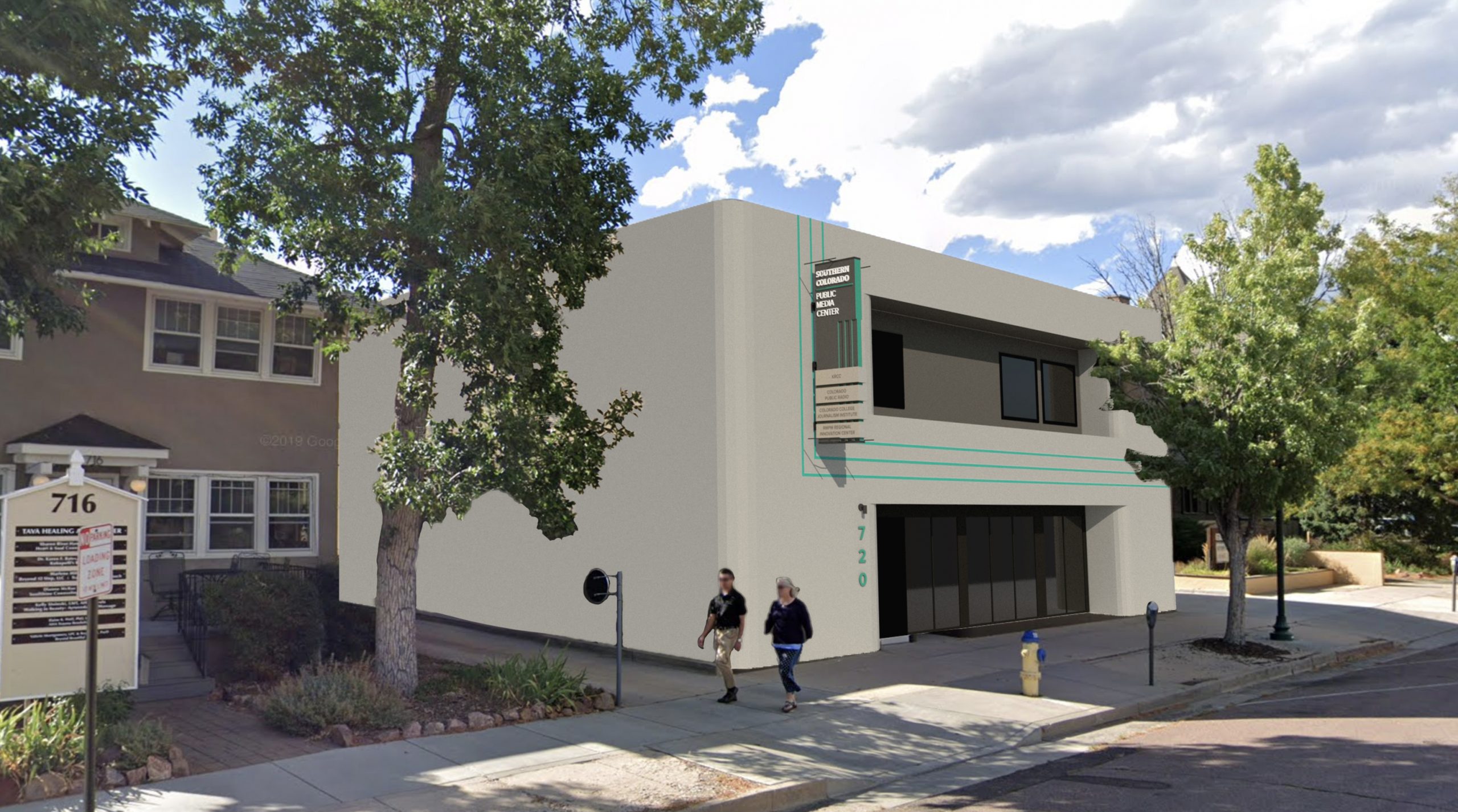 In February, CPR Classical launched “Journey to Freedom: The Spirituals Radio Project,” a yearlong collaboration with M. Roger Holland II, director of the Spirituals Project at DU and assistant professor at DU’s Lamont School of Music. Holland writes a monthly column about how individual spirituals illuminate the African-American cultural narrative, and listeners hear these and other spirituals on-air.

One of our Wycisk News Fellows, Maggie Donahue, delivered a stunning investigation into sexual assault claims within the CRUSH Walls street art festival. She worked on the piece for several months, uncovering significant issues with the founder of the event. We also issued a behind-the-story explainer on how we reported and edited the story to accompany the investigation.

The Shooting at a Boulder King Soopers 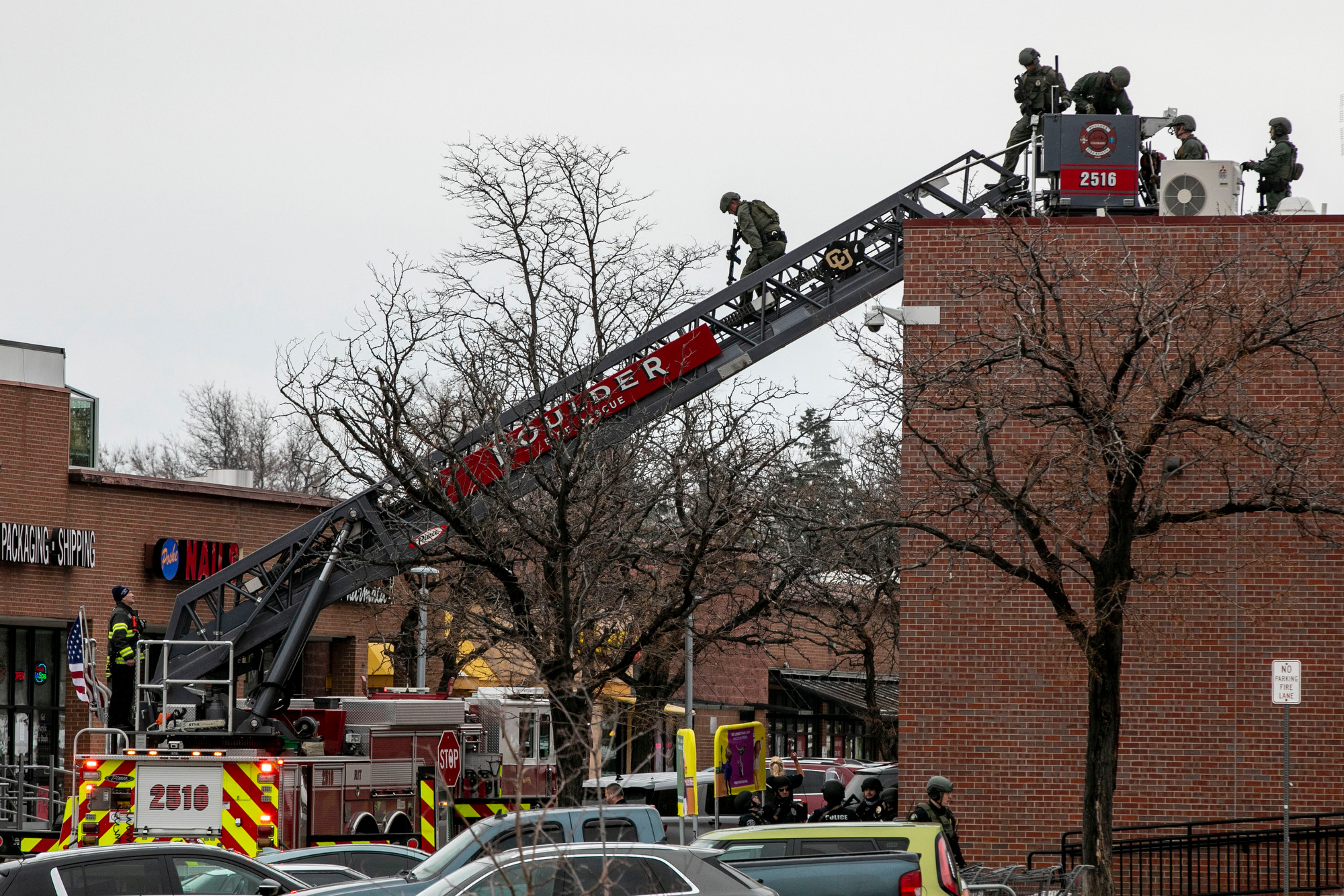 Hart Van Denburg/CPR NewsPolice use a fire truck ladder to access the roof of a King Soopers grocery store on Table Mesa Road in Boulder, on Monday, March 22, 2021, after a gunman opened fire there and killed at least 10 people, including a Boulder Police officer. A man is in police custody after the attack. 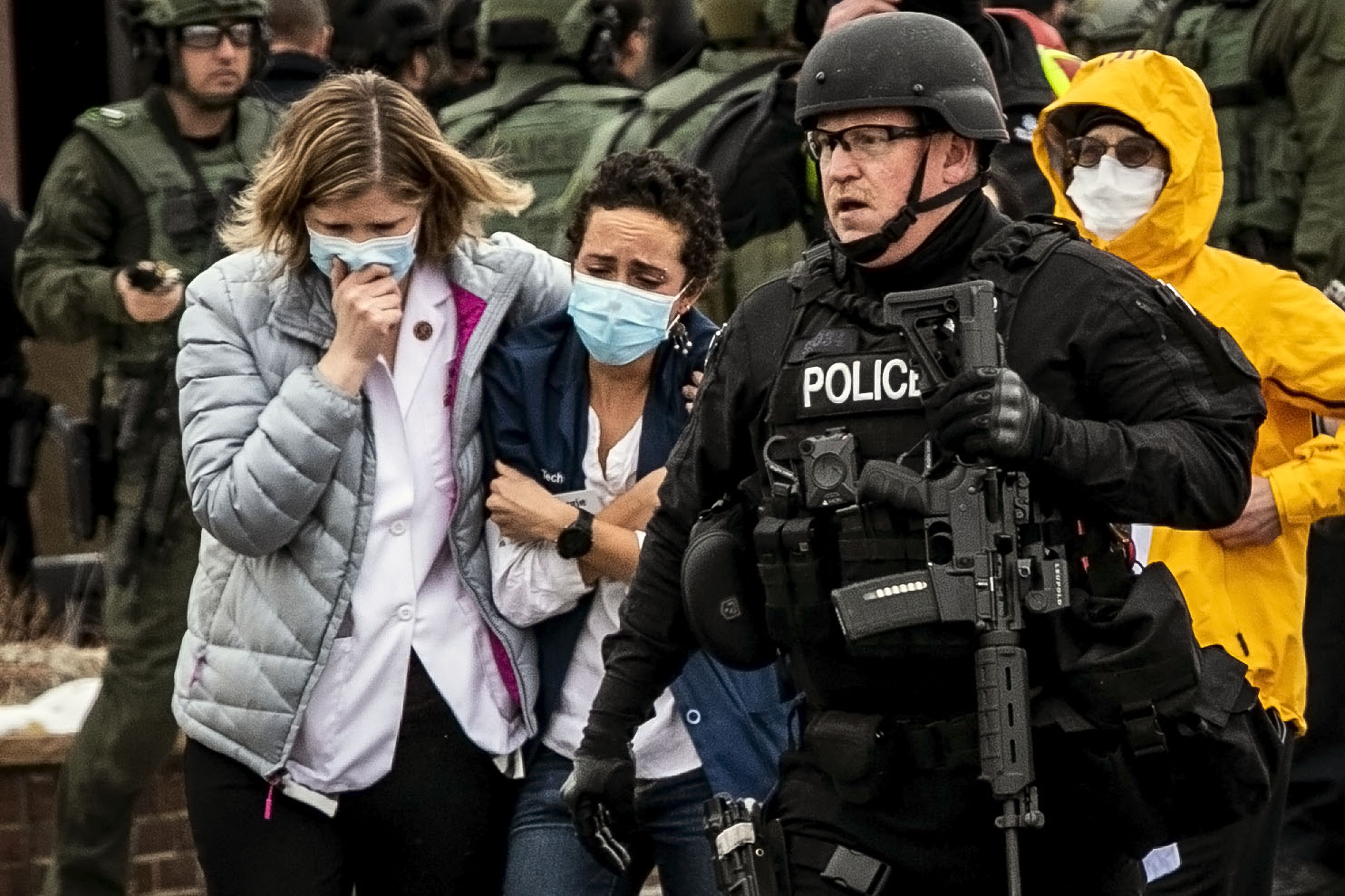 Hart Van Denburg/CPR NewsMaggie Montoya, center, and co-workers are led to safety by police after a gunman opened fire inside a King Soopers grocey store in Boulder on Monday, March 22, 2021. 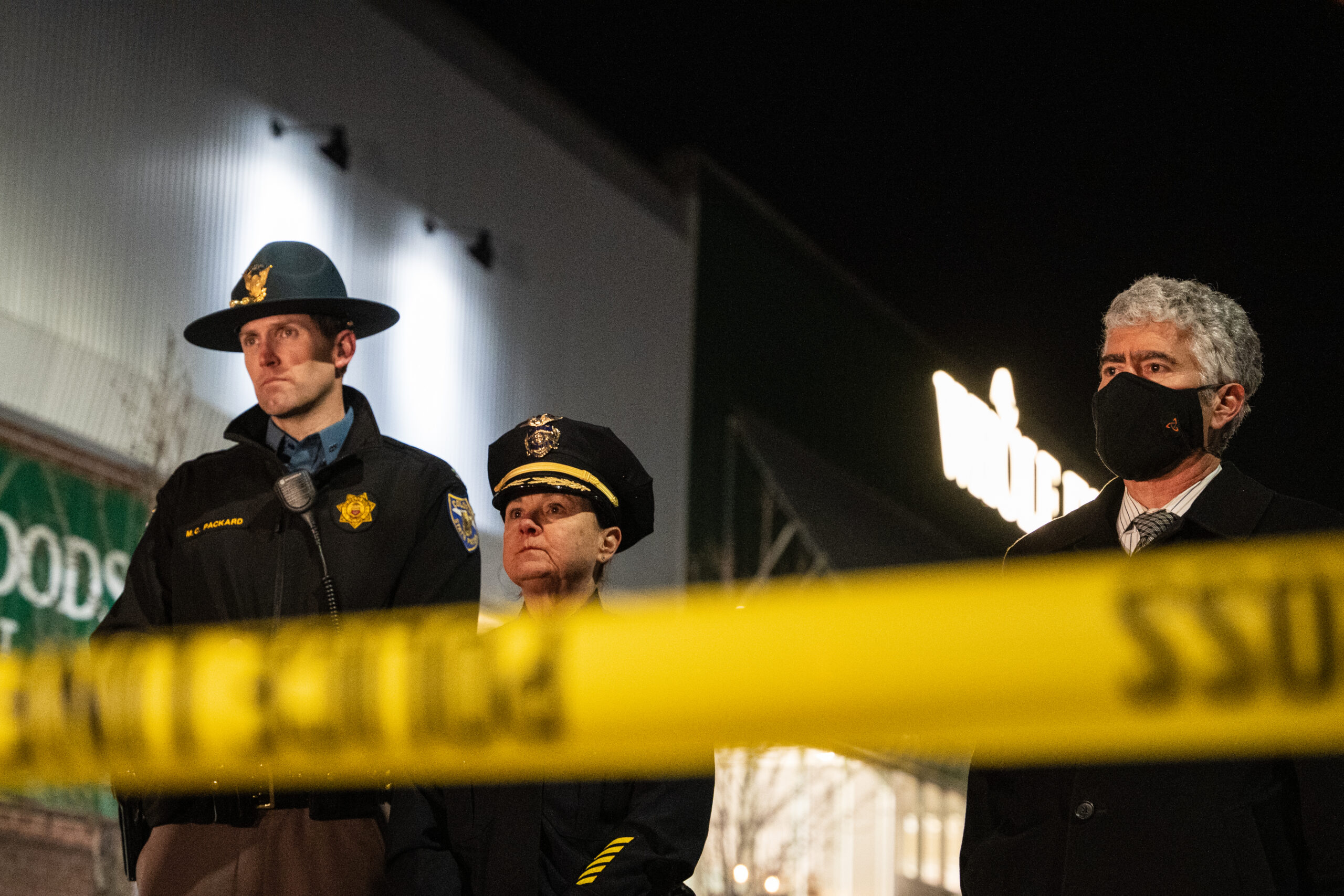 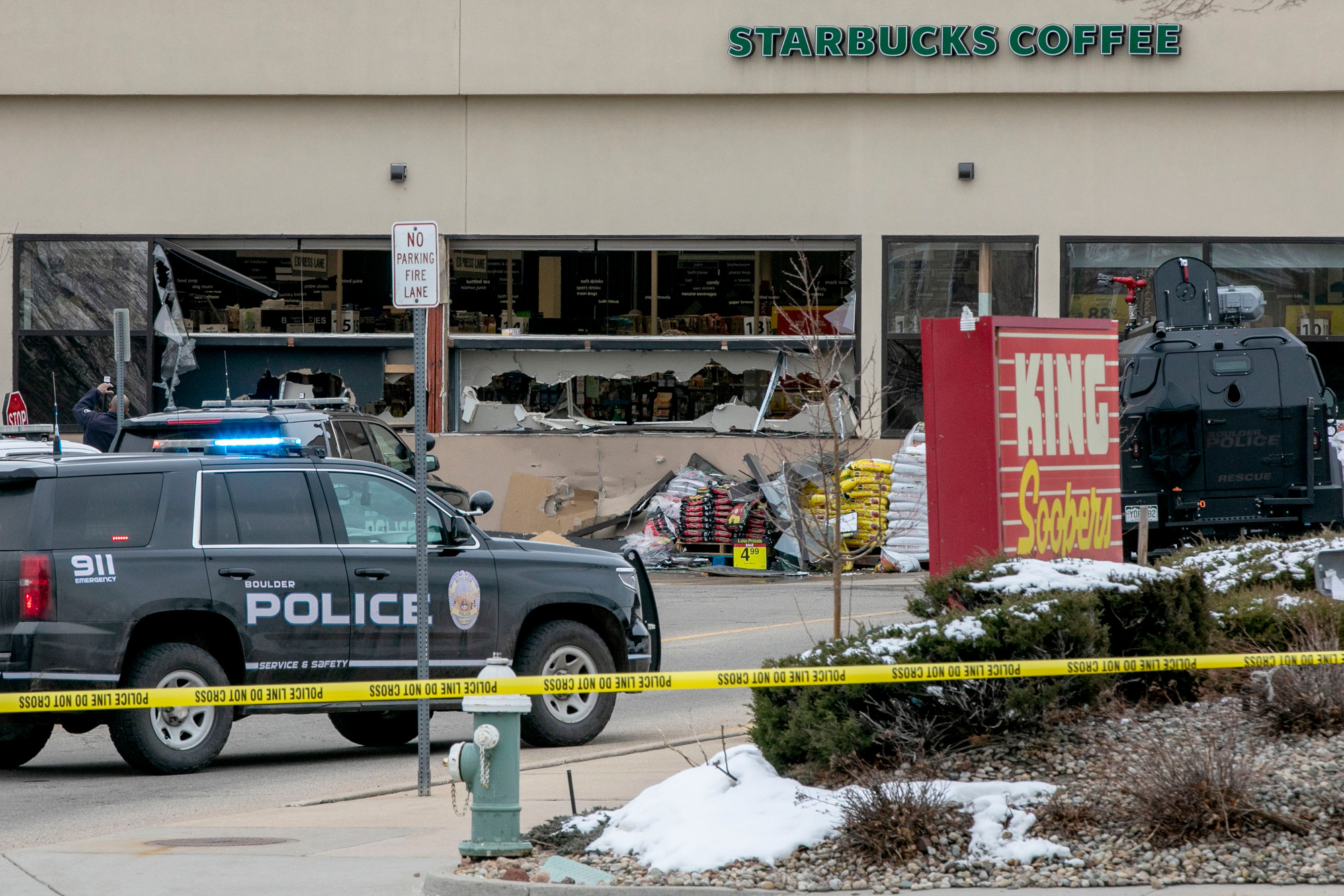 Hart Van Denburg/CPR NewsThe front windows are smashed at a King Soopers grocery store on Table Mesa Road in Boulder, on Monday, March 22, 2021, after police responded to a gunman there who killed at least 10 people, including a Boulder Police officer. A man is in police custody after the attack. 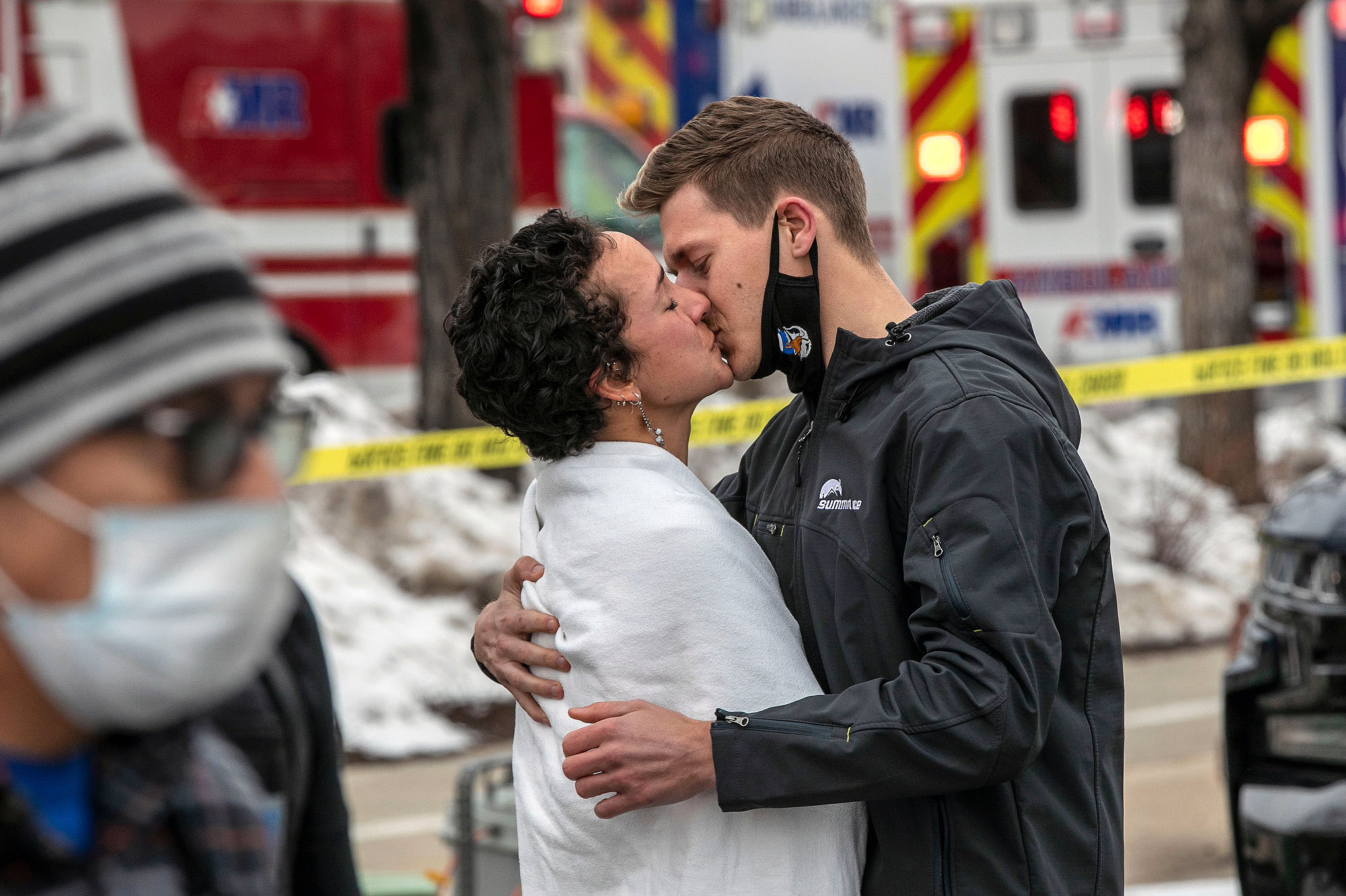 Hart Van Denburg/CPR NewsMaggie Montoya reunites with her boyfriend after being escorted by police out of King Soopers in Boulder Monday, Mar. 22, 2021. Montoya was inside the grocery store when a gunman opened fire there, killing at least 10 people, including a Boulder Police officer. A man is in police custody after the attack. 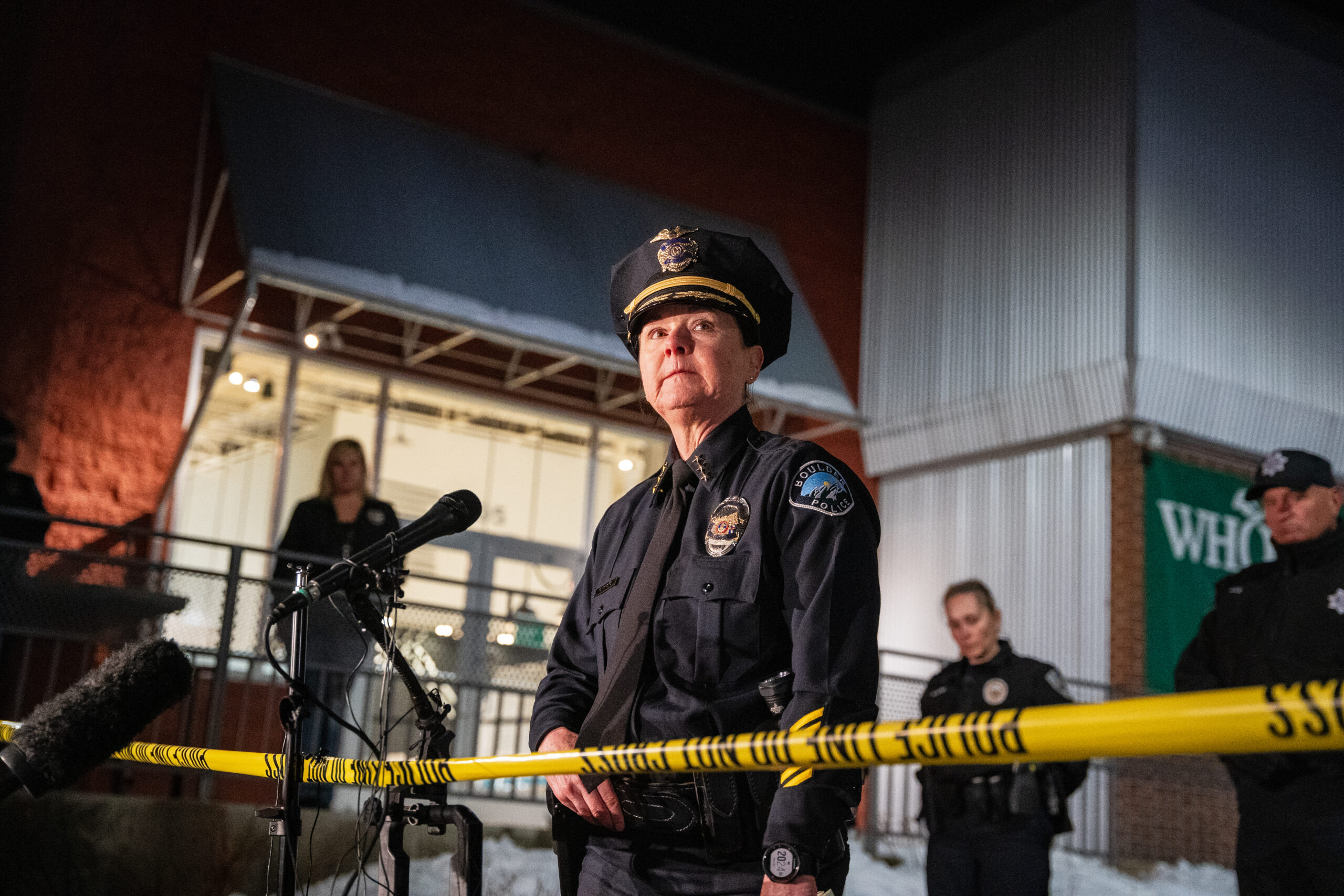 The shooting at a Boulder King Soopers that killed 10 people in March rattled our consciousness once again. CPR News had reporters on the scene quickly and posted ongoing updates on cpr.org and on air. In addition, we moved quickly to impact journalism, covering the gun, the funerals and the impact on the community. In the days following the shooting, CPR’s reporters contributed regularly to nationwide programs including Morning Edition, All Things Considered and Here & Now.

In the wake of the mass shooting in Boulder, CPR quickly produced the first new episode of the Since Columbine podcast in two years, reaching listeners nationwide through a boost by the NPR One app.

Why is Rocky Ford known for melons? Who was Mother Cabrini? Does Telluride really come from “to hell you ride”? We answer these questions and more in daily, one-minute, historically oriented Colorado Postcards to bring a sense of place beyond the news of the day.

The week of April 5 was Denverite's annual Map Week. Each year, the team uses data and mapping to plot and illustrate stories of interest and impact in the city. A favorite this year was a story comparing people’s “mental maps,” or how they picture certain street corners they’ve known for a long time, to what they are today. 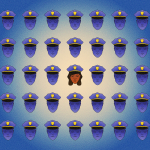 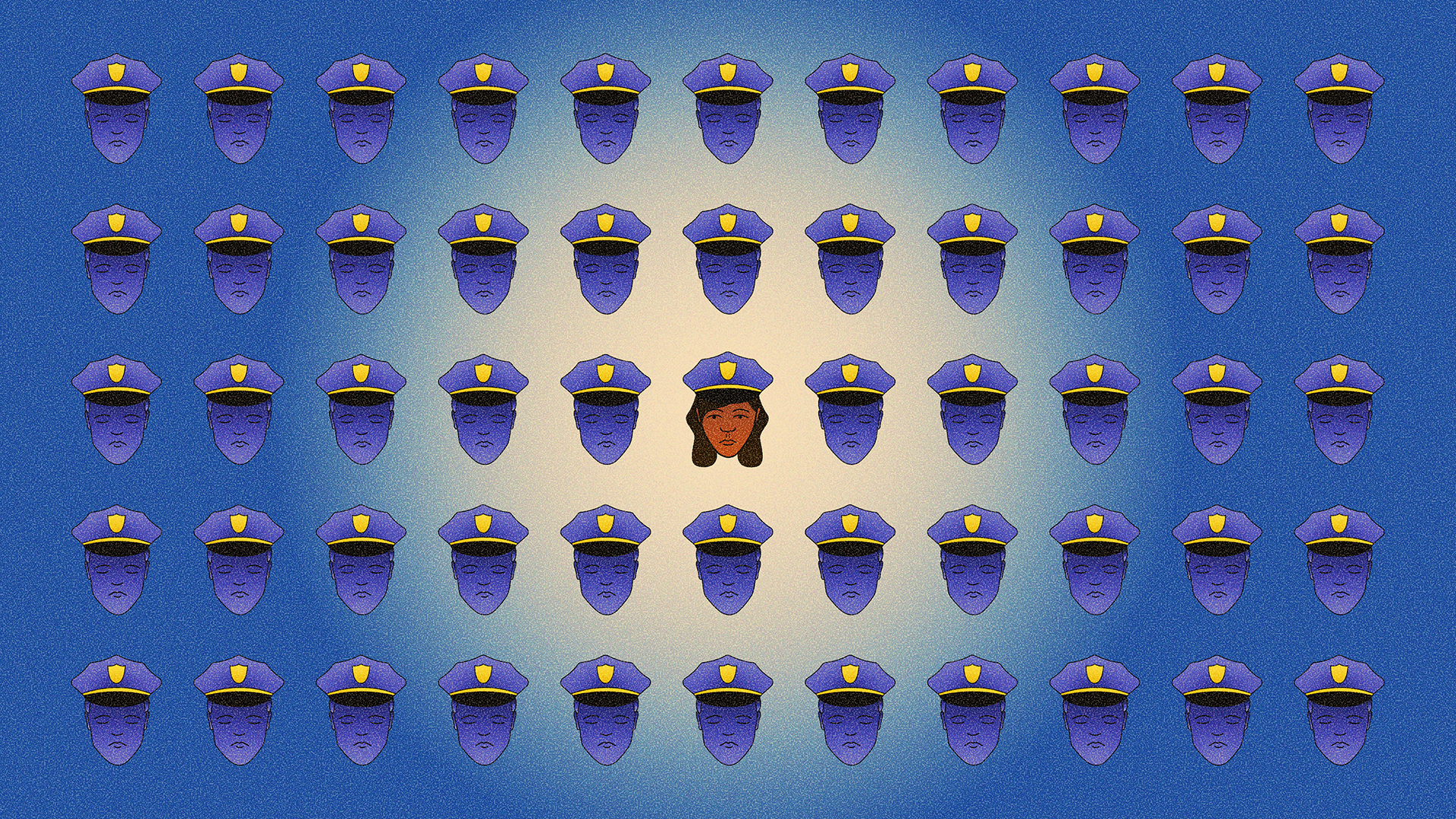 Systemic debuted May 19, 2021, and focused on Black police officers and activists working to reform policing in the wake of George Floyd's murder. The show was quickly selected as the top featured podcast on Apple Podcasts' Browse page — a first for any CPR podcast — resulting in thousands of additional downloads. The four-episode series concluded June 9.

CPR News’ coverage of the COVID-19 pandemic continued steadily throughout the fiscal year, ensuring CPR readers and listeners were getting the facts on outbreaks, testing, vaccines and variants. In June, we published an exclusive investigation into Colorado’s rate of nursing home deaths between Thanksgiving and Christmas of 2020. 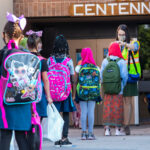 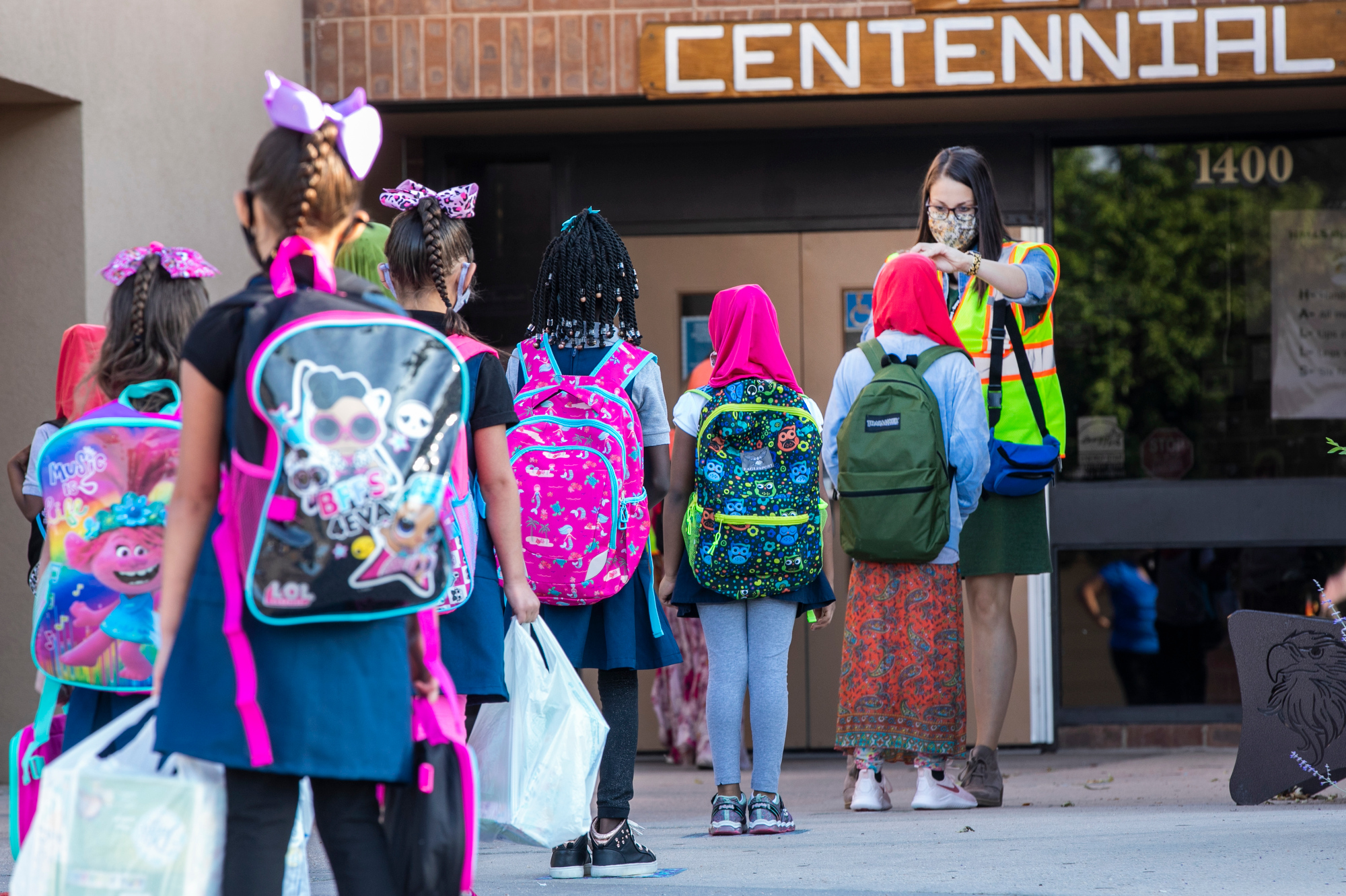 From all of us at CPR, thank you for your support. Your investment and belief in the importance of public media is what motivates our work every day.

We hope you enjoyed this snapshot of our FY21 Annual Report. The full report contains more highlights from our year, including awards we won, new initiatives we started and more details on partnerships and events. It also contains a full staff list, financial information and a list of individual donors and corporate supporters for the year. You can download a copy by clicking on the button below.