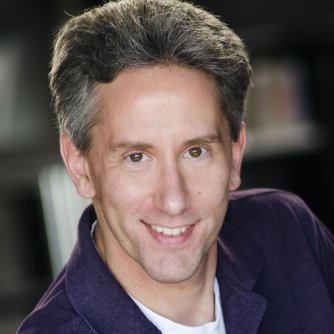 Jeff’s background in radio also includes stints as a board operator for KKFN “The Fan” and production assistant for Classical Public Radio Network. Before launching his career in radio, Jeff spent five years testing software for a tech company. Throughout his professional career, Jeff has also had success as a performer, participating in several vocal, choral and theater productions in the Denver-metro area.

My mother always says I was singing before I was speaking. My parents exposed me to a wide variety of music while I was growing up and always encouraged me and my sisters to sing and play. I began playing percussion in elementary school and I sang or played in every choir and band through junior high and high school. Music has been central to my life since an early age and I was fortunate to be given the support to explore the musical gifts I had been given.

In late 2002, I was looking for a career change and wanted more than anything to work for KVOD. I knew I had the musical background, but I had no radio experience. I saw an ad on TV one morning before work for a local TV and radio school. I signed up the next week for their 10-month program mentoring with local professionals. After I graduated, I found a part-time board operator position for a sports talk station, running the board for live basketball and hockey games, evening talk programming and a weekly hunting and fishing show.

How did you end up at CPR?

I started with the Classical Public Radio Network in an administrative position, and soon took on production assistant duties as well. In 2008, when the network ceased operations and KVOD launched as a fully local station, I moved into CPR’s Technical Operations Center. I spent 5 years in the TOC helping to keep all of CPR’s on-air operations running smoothly before returning to the classical team in July, 2013.

I find it impossible to narrow down to a single piece or composer, but I can give a short list of the most important works to me:Igor Stravinsky – Violin Concerto in DWolfgang Amadeus Mozart – Clarinet Quintet, K 581Randall Thompson – AlleluiaBela Bartok – String Quartet #4John Adams – Nixon in ChinaJ.S. Bach – Solo Violin Partita #2 in d, BWV 1004