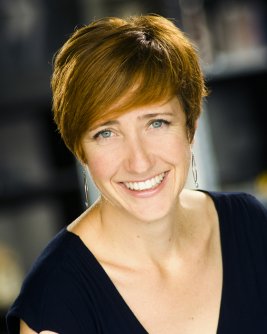 Education:
Bachelor’s degree in political science with an emphasis in international relations and a minor in mass communication/journalism, Boise State University.

Professional background:
Sadie joined Colorado Public Radio as news director in 2014. She brings more than a decade of public radio journalism experience to CPR. Sadie began her career at Boise State Public Radio as a part-time student reporter and on-air host covering the Idaho legislature. After graduating, she became a local “Morning Edition” host for Arizona Public Radio, KNAU in Flagstaff, and would later go on to become Boise State Public Radio’s first news director. She left that position to pursue freelance reporting full-time and travel abroad – an adventure that took her to Germany, Israel and many places in-between.

In 2010, Sadie came to Colorado Public Radio for a year-long stint as the assistant news director and senior producer for “Colorado Matters” before returning to Boise State Public Radio in 2011.

Awards:
Sadie is a former International Reporting Project fellow, an opportunity that took her to Kenya to cover water conflict and scarcity. Her reporting there earned her a national Society of Environmental Journalists’ award. She’s also the recipient of a National Edward R. Murrow award for investigative journalism and in 2013 she helped lead Boise State Public Radio’s digital transformation. The station received a National Edward R. Murrow for the best website in the country for small market radio. Over the years Sadie’s received honors from the Idaho Press Club, the Northwest region of the Society of Professional Journalists and the Arizona AP Awards.
Q & A
Why I became a journalist:
In high school, my journalism/English class watched “All the President’s Men,” a movie about two journalists who uncovered the truth about Watergate and the Nixon administration. That movie inspired me to become a journalist like Bob Woodward and Carl Bernstein. I wanted to be a watchdog for the people, a fair and balanced storyteller seeking the truth. That movie still fires me up and reminds me why I’m a journalist.

Why I got into radio:
I discovered radio by accident when I was at Salmon High School in the rural Idaho town of Salmon. I told my parents I wanted to see if I could get a part time job with the local commercial station, KSRA. The general manager finally hired me after I promised to take out the garbage. Thankfully I never had to. Instead, the GM sent me to a school board meeting.

My first story didn’t have any sound, just my voice for 90 seconds. It was dreadful but I’m so thankful the general manager opened the door to radio for me. That first story, he listened to with his eyes closed and afterwards he said he thought I had potential. He gave me a Sunday morning shift, which meant running religious programming for much of the morning. But at noon, I could play whatever music I wanted. Eventually I was allowed to do a Friday night call and request music show.

I was a DJ until I graduated high school and I chose to study at Boise State University, mainly because the local public radio station said they’d hire me as a part-time student reporter. I covered Idaho politics, occasionally hosted “Weekend Edition” and eventually “All Things Considered.” It was during that time I realized the power of voice and the ability to give those without a voice a chance to be heard. I’m still enamored with this medium of the imagination.

How I ended up at CPR:
I’m thrilled to be back at Colorado Public Radio. I knew when I left in 2010 I was saying goodbye to a wonderful organization. So, when Vice President of News Kelley Griffin called me late in 2013 about possibly returning, I was over the moon. Now I’m back to help lead the newsroom. I feel incredibly lucky to be working with such a talented group of journalists and pinch myself that the Rockies are right out my office window.