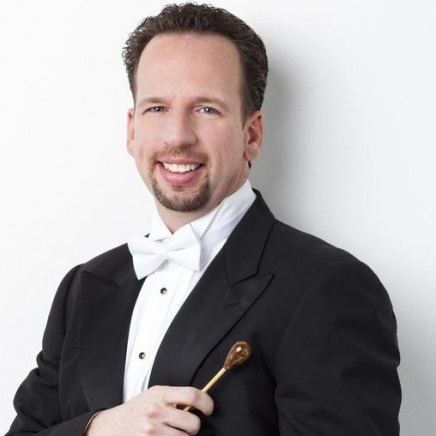 Scott O’Neil is a former resident conductor of the Colorado Symphony and a contributor to CPR Classical.

Listen to Scott’s captivating stories about the enduring classical melodies we know and love everyday on CPR Classical. Scott’s features can also be heard again on the Behind the Baton page.

During his nine-year tenure with the Colorado Symphony, Scott created “Inside the Score,” a series of concerts blending art, entertainment and enlightenment. He has conducted concerts with classical artists like Van Cliburn, Itzhak Perlman, Joshua Bell, Lang Lang and Nadja Salerno-Sonnenberg, and popular artists like Seal, Sarah McLachlan, Bela Fleck and the Flecktones and Steve Vai. He has also worked as an arranger and orchestrator for artists including Eileen Ivers, Bela Fleck, Ingrid Michaelson, Weird Al Yankovic, and Jack Black and Tenacious D.

Prior to joining the Colorado Symphony, Scott O’Neil was the associate conductor for the Utah Symphony for six years. He’s guest conducted orchestras including the Columbus Symphony, Houston Symphony, Florida Philharmonic, Phoenix Symphony and the San Diego Symphony. Scott earned a bachelor’s degree in piano performance at the Oberlin College Conservatory, he did post-graduate studies at the Eastman School of Music, and has a master’s degree in orchestral conducting from Rice University.