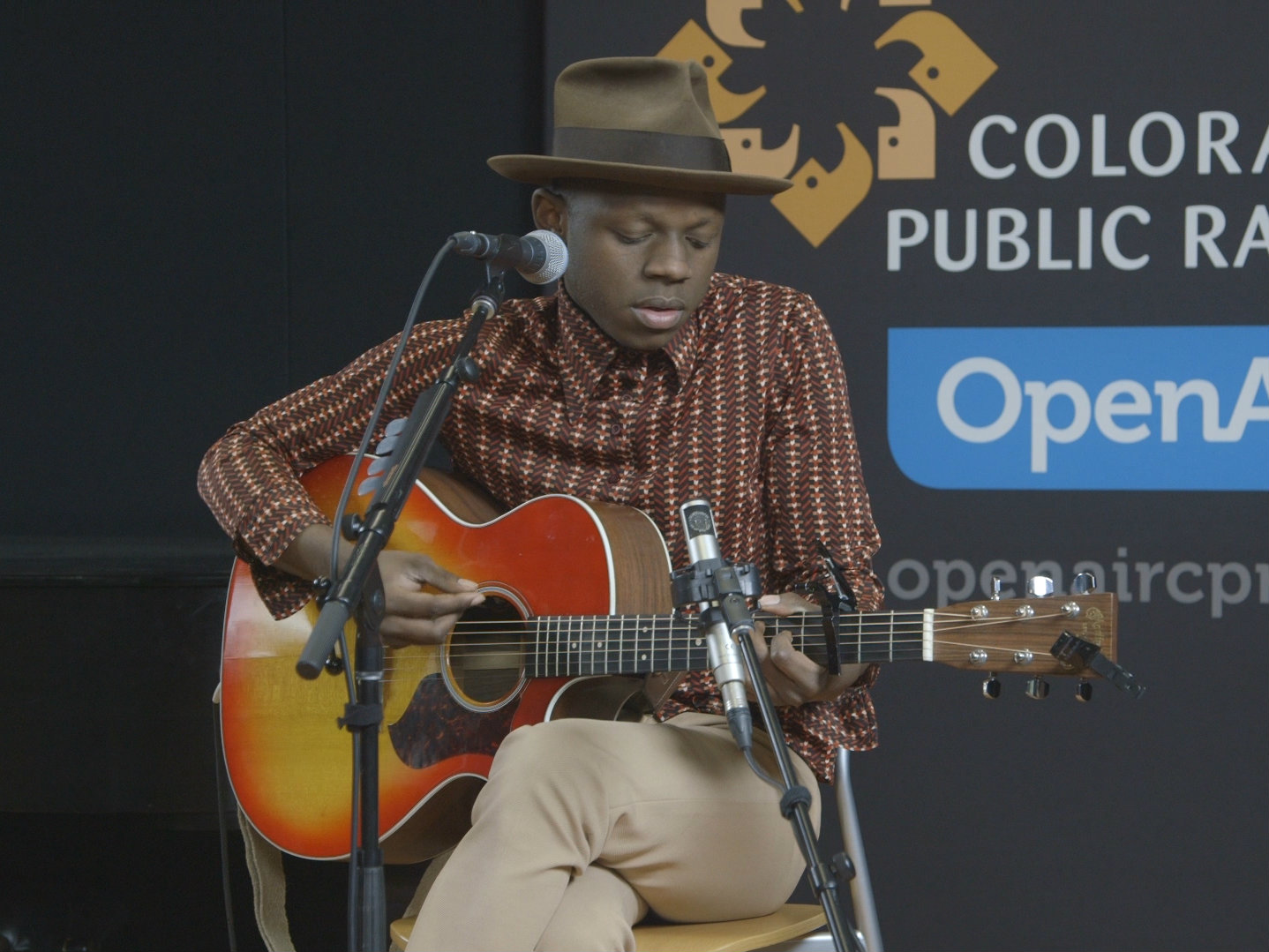 Photo: CPR/Irvin CoffeeJ.S. Ondara's humble musical beginning is a central theme of his debut album, "Tales of America." The singer-songwriter grew up in Nairobi, Kenya, with little opportunity to hear or play music outside of listening to his parents' small radio. After moving to Minneapolis, Ondara cut his teeth in that city's music scene before gaining a national spotlight for his poetic folk songs influenced by gospel and the pursuit of the American dream.

J.S. Ondara stopped into the CPR Performance Studio before a show at Denver's Lost Lake. He played three songs from "Tales of America" and spoke with Bruce Trujillo about how hearing Bob Dylan for the first time led to his move to the U.S., teaching himself to play guitar and whether or not he plans to "go electric."

The novel coronavirus disease continues to affect Colorado residents, families, businesses, and schools. CPR News is committed to giving you the latest, unbiased, fact-based information on the radio, online and on social media.

The Class of 2020 is graduating in unprecedented times. CPR Classical wants to share our public radio stage to celebrate these graduates. We'll present a special hour-long Graduation Celebration honoring this year's graduates on Saturday, May 23. Find out how you can send in a dedication.