Every time Carine McCandless talks about her brother, Chris, and his journey into the Alaska wilderness, she's met with surprise.

Carine McCandless, now in her 40s and the mother of two children, regularly talks with students assigned to read "Into the Wild" in class. The bestseller by Boulder's Jon Krakauer tells the story of Chris' two year odyssey around the West, which ended in 1992 in the abandoned bus where he died, apparently of starvation. It was adapted into a film released in 2007.

"I saw what an amazing effect [the book] had on [students], and I became more and more comfortable answering their questions," Carine McCandless recently told Outside Magazine. "I would always answer the students honestly... Then I would receive letters from professors, saying, 'Your visit here has changed the way I’m teaching this book.'"

That's because McCandless' account includes the violent childhood she shared with her brother and six half siblings born to their father and his first wife.

Now Carine McCandless has published her own book, called "The Wild Truth," explaining the family's history. Half-sisters Shawna Downing and Shelly McCandless contributed to the book, and Krakauer wrote the forward. 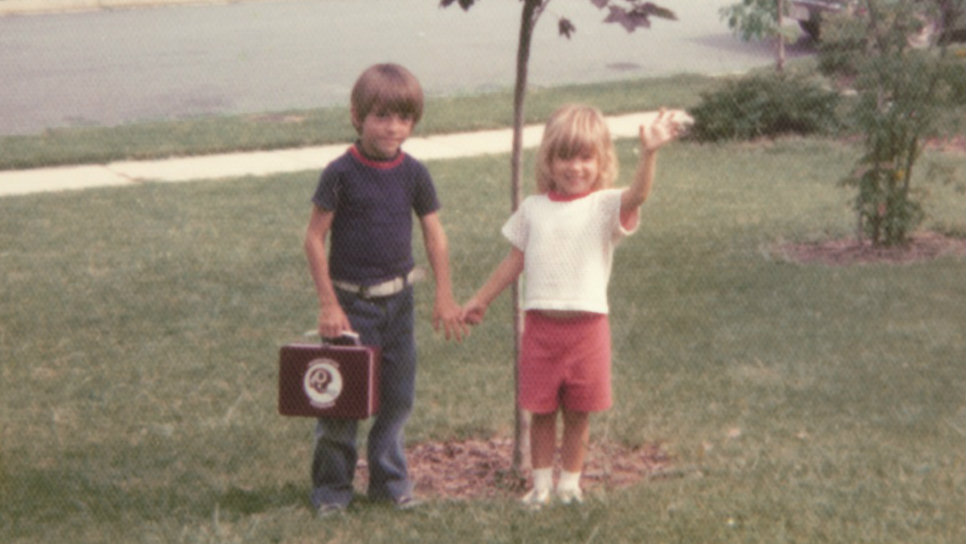 (Photo: Courtesy of Carine McCandless)In addition to physical abuse by McCandless' parents, the book describes emotional abuse and manipulation. In one scene in "The Wild Truth," McCandless' mother calls her a liar when she tries to report a beating she took from her father.

McCandless' book also reveals the tangled history of Chris and Carine's extended family. McCandless writes in "The Wild Truth" that her father bore children with both of his wives in the same time period, and that her parents have lied publicly about the overlapping time frame.

Carine McCandless says she wanted to write "The Wild Truth" in part because reactions to "Into the Wild" have been painful for her at times. She explains in her book,

I was puzzled by the amount of attention Chris's story received, and from such a diversity of people. And as interest grew, the number of questions grew exponentially with it... Many admired Chris for his courage and felt inspired by his transcendent principles, his charitable heart, his willingness to shed material possessions and to follow what he believed was the path to a pure existence. Others considered him an idiot and admonished him for what they felt was obtuse, reckless behavior. Some simply believed that he was mentally unstable and had walked into the wilderness with no intention of ever walking back out...

With all the criticism and 'Why?' questions circulating around me, it was tough not to shout from t he rooftops the real reasons Chris had left the way he did.

In "The Wild Truth," McCandless writes that her brother left home to get away from their parents. She describes her mother's role in the drama morphing from being only a victim of their father's heavy hand to an active participant, blaming the kids for the abuse.

All this explains, McCandless writes, why her brother wanted to remove himself from the family, disappearing without telling anyone where he was going.

"The Wild Truth" includes an excerpt from a letter Chris wrote to Carine just months before he started his fatal expedition: "Once the time is right, with one abrupt, swift action I’m going to completely knock [our parents] out of my life. I’m going to divorce them as parents… I’ll be through with them once and for all forever.”

CPR News requested an interview with McCandless' parents, Walt and Billie McCandless. They didn’t respond, but they sent a written statement about their daughter's book to ABC News earlier this month. It said, in part, “[This] fictionalized writing has absolutely nothing to do with our beloved son, Chris, his journey or his character... This whole unfortunate event in Chris' life 22 years ago [meaning Chris’ journey and ultimate death] is about Chris and his dreams.”

Carine McCandless says she's not surprised by her parents' reaction to her book.

"I think their history has shown that denial would be very likely," she told Outside. "My mother has told me in the past that, because of her and my dad’s religious beliefs, the slate has been wiped clean, and that the events of our past just don’t matter anymore—they’re non-existent.

"But I believe honesty is imperative in the process of healing from family turmoil and tragedy."

Carine McCandless speaks tonight at the Boulder Book Store, and PBS is scheduled to air a new documentary about Chris McCandless' story on Tuesday, Nov. 25, called "Return to the Wild."