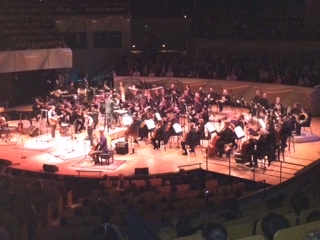 Since the program was introduced about a year ago, 250 people on the university’s downtown and Anschutz medical campuses have volunteered for the classes. And there's a waiting list of about 400 people.

“We call it the gunshot trauma training and the reason we label it as such is so that people have a clear understanding of the primary concept of the course,” Essi Ellis, an emergency manager with CU Denver’s campus police, says. “So we’re looking at things where you’d use a tourniquet, for instance.”

Tourniquets, which provide compression to stop bleeding wounds, are included in kits that are given to course participants.

The kits also include scissors, gauze, chest seals and other life-saving items.

Colorado Public Radio's "Colorado Matters" checked with other large campuses around the state and found that plans differ to help shooting or terrorism victims if paramedics are unable to get to them immediately.

Those that take the classes at CU Denver overcome their apprehensions about medically helping others or themselves through practice.

“You can learn a lot by that repetition,” Ellis says.

CU Denver is considering how to make a similar kind of training available to students, according to Ann Williams, a spokeswoman for the university, but she adds the school has no definite timeline for how to achieve it.

CU Denver receives the training via Denver Health. The hospital says it also offers similar training to some companies in the metro area.