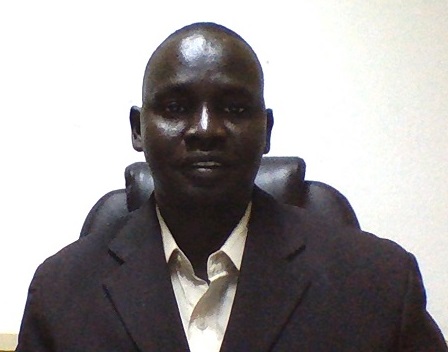 Daniel Majok Gai has seen the best and worst of South Sudan. This winter, he witnessed the horror of the civil war there. Still, Gai’s determined to finish his work building schools in the world’s newest country.

Gai is known as one of the Lost Boys of Sudan who fled the country in the 1980’s as youngsters to escape the fighting that ultimately led the southern part of Sudan to break away from the north.

When South Sudan became a country in 2011, Gai returned to build schools in Jongelai state near the capital Bor for Colorado-based Project Education South Sudan.  The group is involved with four schools in the area.

Then, in December, civil war broke out between rebels and government forces and Gai was forced to flee to the bush with his wife and child and about 100 others. During that time, more than a million people were displaced and thousands died.

Gai and his family eventually escaped to South Sudan’s capital, Juba, and then to Nairobi, Kenya, where they now live. Gai returned to South Sudan in April to assess the damage to his country.

“It looked like a nightmare to me. I couldn’t believe my eyes,” Gai says.“The common places I used to know to be populated, the area that I used to go to hang out, the bar and the restaurant that I used to go and eat, they were no longer there and there [were] no people around.”

Gai was particularly concerned about the whereabouts of a group of girls who attended one of the schools.

“So I start calling the parents,” Gai says. “Luckily I was able to get half of the parents of those girls through the phone and I talked to them. They confirmed that the girls are OK but they are in different locations; that’s when I managed to get seven girls back to school in Juba.”

Gai says he was unable to reach the other half of the girls but has since learned they are safe. And Gai says since his visit, people are slowly beginning to return.

“About 300 people a day, they are crossing the river Nile back to Bortown,” Gai says. "So with…stability going on like that, I would say that there will be good news by the end of this year.”

The two sides in South Sudan’s civil war have been meeting in Addis Ababa, Ethiopia and have recently agreed to end fighting and form a transitional government within 60 days, according to the Ethiopian government.  But observers say the situation in the country remains unstable.