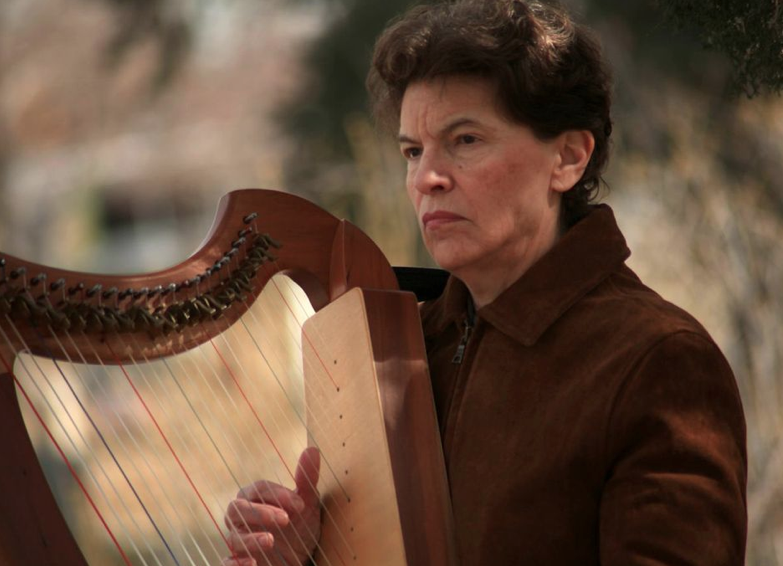 (Photo: Courtesy of Sherry Hern) Carolyn Kuban no longer plays her harp in the big symphony hall. Today, Kuban plucks her harp’s strings for a much different audience: People who are on their deathbeds.

She may have been invited to play by a family. Or she may show up at a hospice and strum for someone she’s never met.

Kuban finds out what she can about the person who is dying before closing her eyes, accessing her own “subconscious sensibilities” and starting to play. “It’s like the music becomes my vision at that point, and the music is just an extension of my inner being,” Kuban says. “It’s not thought about. It’s just happening.”

When a person lets go of their final breath, Kuban watches.

“Sometimes there’s been lots of sobbing,” she says. “So it’s kind of hard to know what to do at that point, but I think the music helps in just about every case, whether people are deeply feeling their loss or just peacefully letting go with their loved one.” 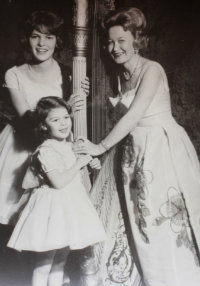 (Photo: Courtesy of Carolyn Kuban)Kuban, who lives in Boulder, got her start on the harp as a girl in Wisconsin. She played with her mother and sister in a trio and toured the Midwest. Then she trained as a classical harpist and eventually came to the Rocky Mountains, playing about a decade with the Colorado Symphony Orchestra, Central City Opera and other concert groups.

But she felt another calling — neurologic music therapy — and left the orchestra behind to study at Colorado State University. Now she works to help people with autism, brain injuries, Alzheimer’s and other problems find structure, social connection and joy through music.

At the bedsides of the dying, Kuban will often be asked to play hymns or classical pieces. Other times, Kuban improvises, strumming whatever her fingers want, sometimes singing blissful words as they enter her mind.

“It has a sense of transporting because, I think, of the ringing sound,” Kuban says, of the harp. “It’s got a lot of vibration going on with the wood and the many strings all ringing at once. It just feels like you’re traveling into another world almost.”

Her work has made her an advocate of sorts for the “sacred space” that should be created for people as they dying. Soothing music, she says, brings focus into that space where small talk should be minimized.

“I feel [the people in the room] really need to respect that person and the music really helps to bring that atmosphere,” she says.

Carolyn Kuban's story is part of an occassional series on death and dying called "Peaceful at the End."