Before Colorado legalized recreational marijuana about five years ago, opponents predicted  young people would use the drug more, at the risk it would damage their brains and their futures.

Today it still isn't clear how the new law has affected teens. On state surveys, students don’t report using more, but school suspensions for marijuana violations have risen over the past year.

Students at the urban, high-poverty Bruce Randolph School in north Denver and at the suburban, affluent Mesa Middle School in Castle Rock talked to Colorado Matters about their perceptions of marijuana. The quotes below from the teenagers, who asked not to be named, were edited lightly for clarity.

Marijuana Is Everywhere, And Not A Big Deal

Bruce Randolph School, female, 15: "The area that I live in, there’s one dispensary down the street. When I’m going down the highway with my mom, there’s four down the highway, and it’s literally everywhere in my neighborhood." 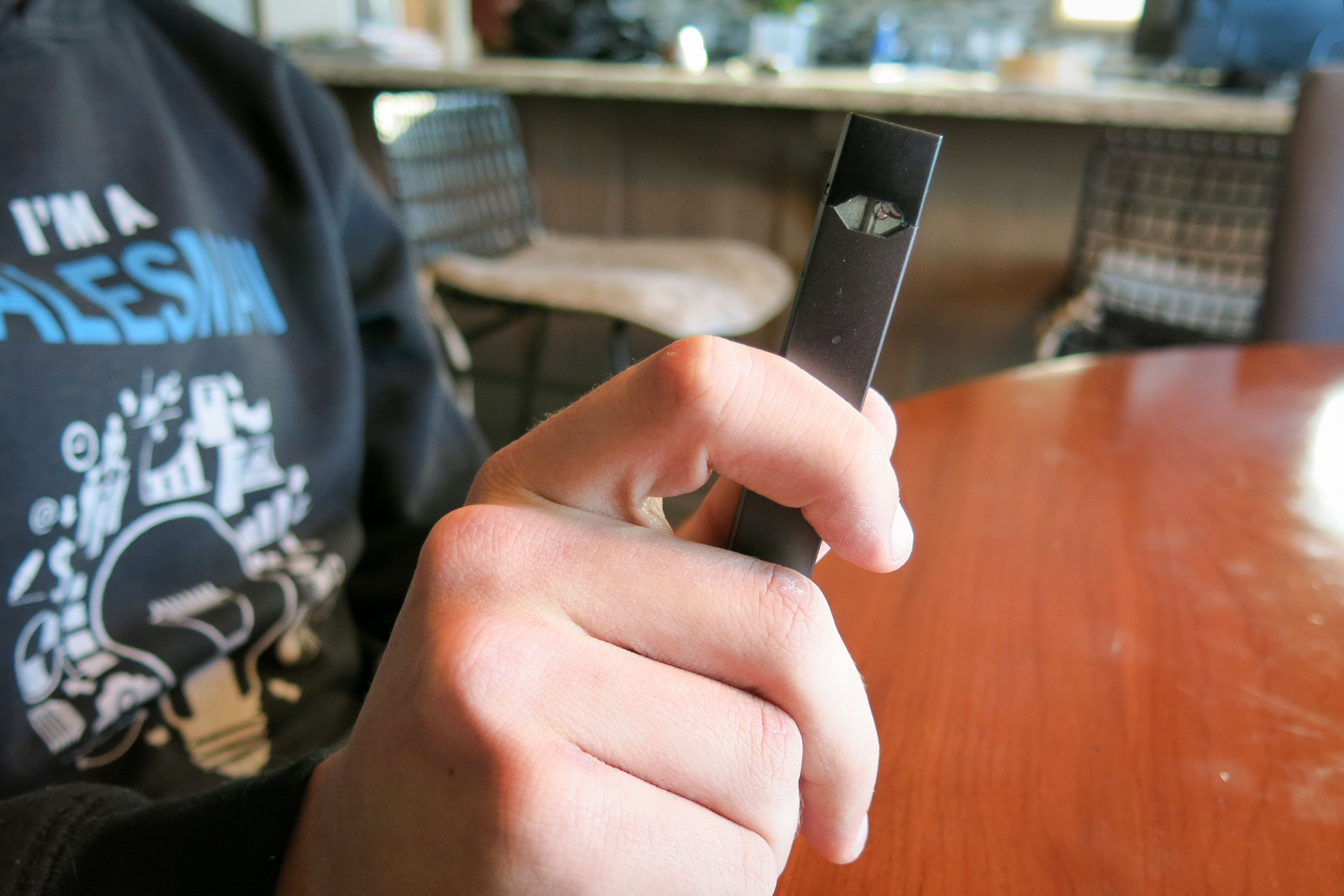 Mesa Middle School, male, 14: "I personally think that weed isn’t the issue anymore. I have seen firsthand and know of people who are using mods, JUULs and vaping devices instead of like weed because it’s way more accessible."

Bruce Randolph, female, 15: “I have anxiety and depression and marijuana does make me feel better. It slows down my thinking, because I overthink a lot of things, and it’s pretty helpful sometimes. And I mean, my parents smoke. It is a calming experience, and it’s not a bad thing for me.”

Bruce Randolph, female, 14: “I have back spasms and I have muscle pains. I’ve been diagnosed with that. The pain medications that they prescribed me weren’t working, so me and my mom got terms that were like, ‘You can use it.’ I try to make it to where it’s not an everyday thing. I just use it when I’m in pain.”

Students Of Color Are Punished More Than Their White Peers

Bruce Randolph, African-American female, 17, speaking about a white male, 15, who got caught with marijuana:  “I feel like his consequences were less than what I would get if I would have done it. I think if I would have done that, I probably would be suspended from school just because of the way I look."

Bruce Randolph, white male, 15, responding to his friend: "I do feel like you would have gotten different consequences just because of how this world is, and how the world works. Just because you are an African-American, and the way you look, and because of the color of your skin. I do feel like they would have given you some different consequences."

Some Students Still Have Concerns About Marijuana Use

Mesa, male, 14: "I was really good friends with a friend at the beginning of the year, and then I knew he started smoking weed. He started to like be really tired at school, and just show up late. His grades went down like really fast, and he just really changed a lot. It was weird, but I mean, we still talk as friends but not, like, good friends."

Bruce Randolph, female, 15: “I feel like a lot of people just don’t smoke for nothing. I feel like there’s actually pain behind with their smoking because like alcohol, my dad lost a dad, so he drinks. So there’s pain behind stuff that you’re doing to numb something.”