An explosion in Iraq changed Steve Baskis' life forever. In 2008, he was in an Army convoy traveling through Baghdad when a roadside bomb went off.

Baskis' team pulled him from the vehicle, saving his life. The explosion killed others onboard, including one of his good friends. He was in and out of consciousness as he was transported to the Walter Reed Army Medical Center in Washington, D.C.

When Baskis came to, everything was dark. Removing the patches over his eyes didn't change that. The explosion had left him blind.

"For me, I stare into darkness, into a still world. And that can be very suffocating, and I’m just left with thinking," he said. "Because visually, I'm not distracted, so I’m stuck in my mind constantly."

It took awhile for Baskis to recover, and to learn how to get out of his head. He found comfort in the outdoors. It is through a veterans’ kayaking trip that Baskis found out about his future home on Colorado's Western Slope, Montrose.

In the last six years, Montrose has tried to reshape itself as a destination for vets. A place that will ease their transition to civilian life. The effort is called the Welcome Home Alliance For Veterans.

The Welcome Home Alliance rebuilt Montrose  into a veteran-friendlier town piece by piece. The group lobbied the VA for more housing for veterans in Montrose, opened a community center called the Warrior Resource Center and convinced local businesses to offer discounts to the thousands of veterans who live in Montrose County.

The Warrior Resource Center provides wheelchairs, walkers and back braces, but it also creates a safe space for veterans. The center's executive director Mike Trickey is a Marine Corps veteran himself. When Trickey ​describes how veterans from different generations and combat backgrounds come together and share conversations at the center, he tears up. He says about this place: "it heals, it affords veterans the opportunity to just be themselves."

"When I see men and women here in the center talking about their experiences, and seeing the camaraderie that is created, you just can't help but to be moved by that," Trickey said.

Vietnam War veteran John Davis is just one of those men and women. Davis actually lived in Montrose long before it reshaped itself as a magnet for veterans, and he can attest to the changes since. Other citizens will come up and thank him for his service now. And on days when he can't shake the memories of sweeping for landmines in Vietnam, Davis now has a support system of people who intimately understand his trauma.

"When you come in here, and you meet a new vet, doesn't matter where he's been, you say certain words in that discussion, then you're connected," Davis said.

The idea for the Welcome Home Alliance sprang  from the mind of a local jeweler and business owner, Melanie Kline, on a lazy weekend morning with a cup of coffee on the couch. A segment on CBS Sunday Morning caught her eye, one that followed injured veterans learning how to kayak. The idea seized Kline, and she "sorta went nuts from that minute."

"What would happen if a whole community came together on behalf of these injured vets, who there's no shortage of, and the war’s not over yet. We can't wait for the VA because that's not their job to integrate warriors back to civilian life. It has to be the community that does that, it has to be a grassroots community effort," Kline said. "Could my community do that? I think it could."

Kline's revelation came as Montrose was still struggling to climb back from the Great Recession. The unemployment rate in the area had soared to 13 percent, and little was being done to budge that number.

“Montrose was really hit hard by the Great Recession. It didn’t bounce back as fast as the Front Range," says journalist Donna Bryson, author of "Home Of The Brave," a book about Montrose's years long effort. 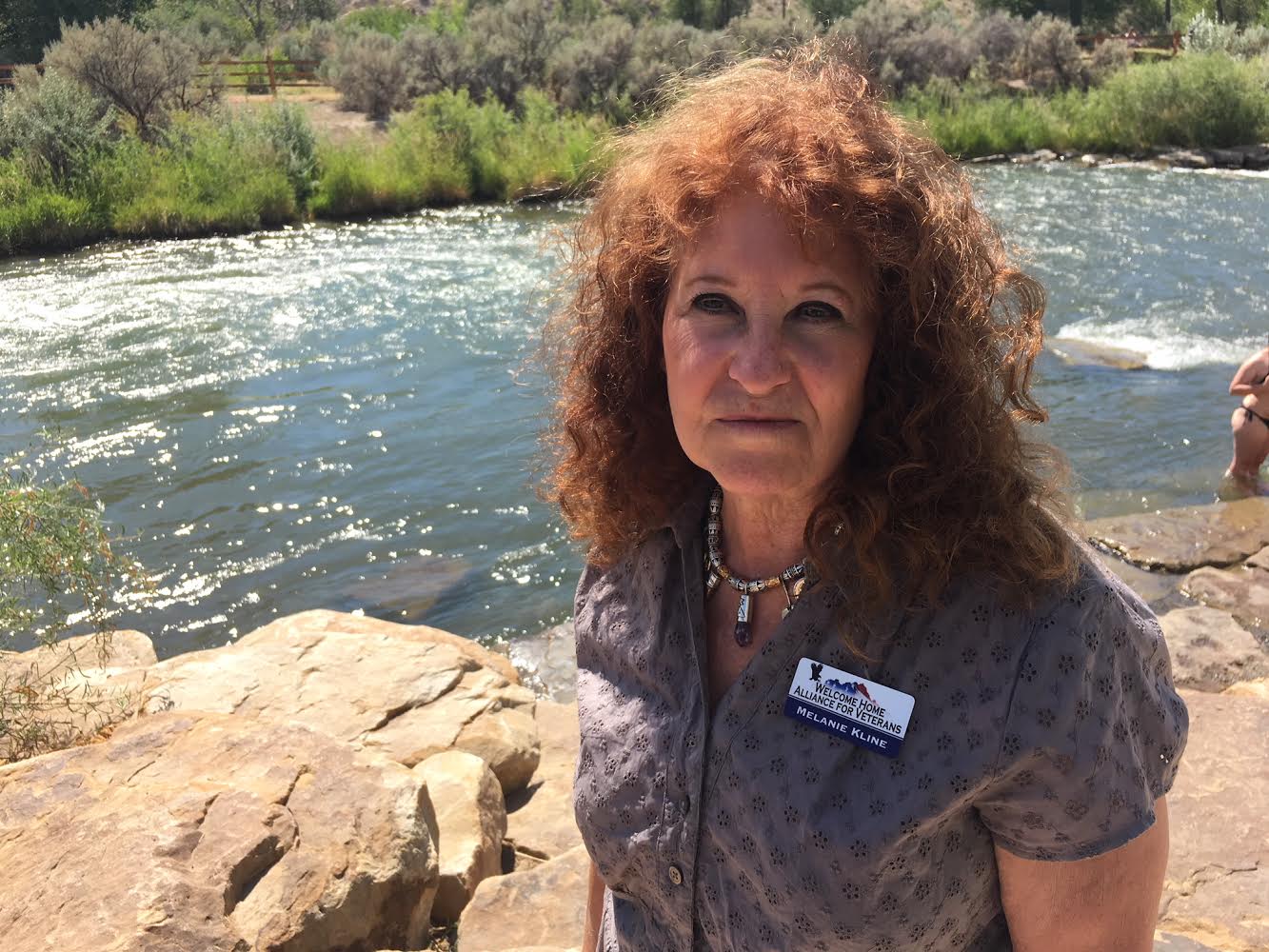 Positioning Montrose as a Mecca for veterans ended up benefiting the town just as much as the new arrivals. Today, the the unemployment rate in Montrose is 2.7 percent.

The Welcome Home Alliance isn't solely responsible for that decrease, but the program gave Montrose an identity beyond “struggling town,” and helped spur city leaders to invest in the riverfront. A stretch of the Uncompahgre River is now a water park, one that’s accessible to kayakers and other athletes and hobbyists with disabilities.

Baskis, the blind former Army Security Specialist, plans to kayak there. He also wants to hike and ski in the San Juan Mountains.

“When I get out on water, it’s very dynamic, it’s very flowing, it’s alive underneath you. And to be able to come and kayak through white water with a guide ... you don’t feel as disabled," Baskis said.

“I like to say people quite literally guide me through life, so really, it’s a great thing."