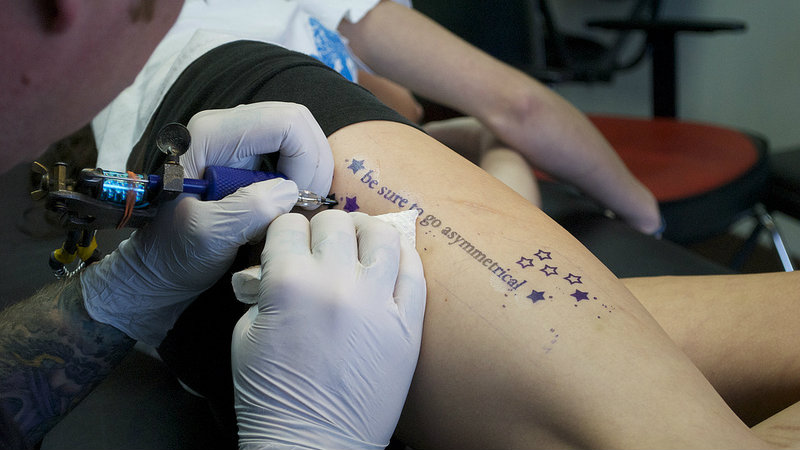 [Photo: Courtesy of Lauren Maslen]In late 2013, approximately 200 people got tattoos in Boulder as part of a living art project.

Each tattoo features a different word or phrase from a poem about Boulder. All the tattoos are connected by by a special design.

A short film featuring photographs of all 200 tattoos will premiere Tuesday, April 2, at the Boulder Theater. It will reveal a secret image formed by all the tattoos.