At the end of the work day, many people park their cars in their garages and walk into their homes. Diane Kois doesn't have a garage or a home. About six weeks ago, she made the decision to live in her car, not out of necessity, but by choice.

Kois, who says she makes a "good living" working as a fraud analyst, says a number of factors entered into her decision to become a "rubber tramp," a term she embraces that describes people who live in their cars. Besides saving money, she adds that living in her car has "forced" her to explore Colorado, taking her to areas that she wouldn't have visited otherwise. 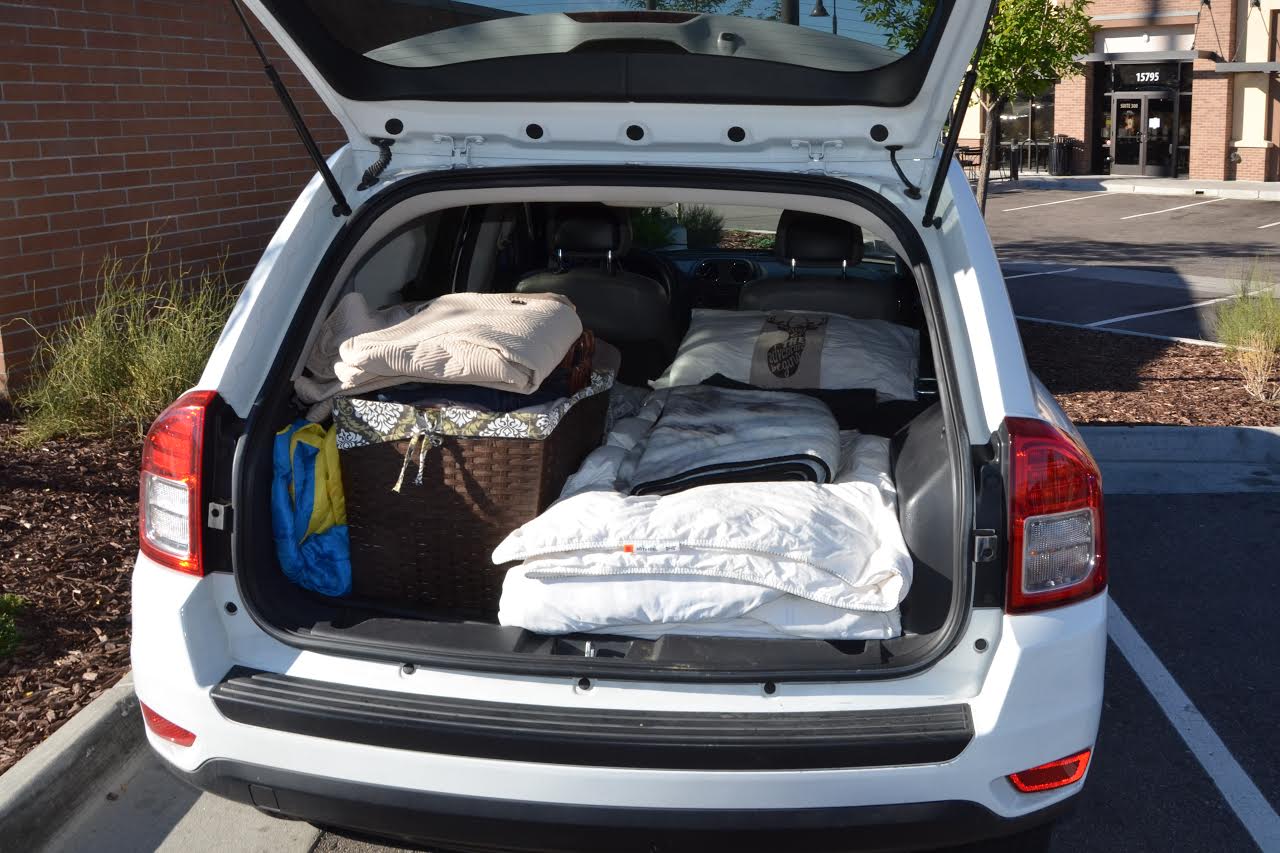 While it is unclear how many people across the United States live in their cars, "rubber tramping" has grown in popularity. Walmart, for example, has an app that details store locations where people can park overnight.

On Making The Choice To Live In Her Car

"My dream was to build a tiny home and kind of live off-grid, and so I got to thinking, what was the quickest way to get from Point A to Point B, and that's when I started looking into this lifestyle... I realized it was a viable option and ultimately, get myself out of the house and off the couch and, no more kids, have an adventure."

On How She Fits Her Life Into A Jeep Compass

"One side is my bed, on the other I have some baskets and plastic bins... one of the things I've learned from this is it forces me to be very deliberate in what I use and what I don't... within the first month I got rid of even more things... utensils and plates and cups and more shoes than I do need...I have one fork, one spoon and one knife."

On Living In Her Car By Choice, Not Necessity

"It's not as quaint or as precious as you might think; everything does take a lot more time. I'm in a situation where I'm able to do this by choice, and when people have to do it because they've been kicked out of their house or lost their job, my heart goes out to those people because when it's not by choice, I can see it being very, very difficult."