A wheelchair athlete from Denver can once again tackle Colorado's hiking trails. Tricia Downing has relied on a wheelchair since she was injured in 2000 while training on her bicycle.

Downing's among a small group of wheelchair users utilizing the Freedom Chair. It was the brainchild of MIT students who wanted to design a way for people in wheelchairs to hike on rough terrain.  The group also developed a chair to make it easier for people living in third-world countries to navigate unpaved areas. 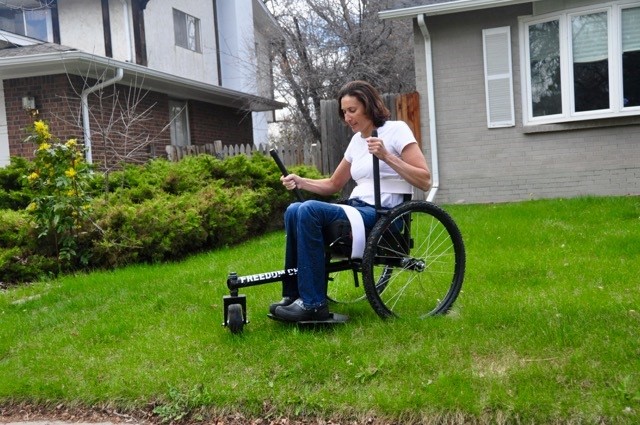 They eventually started a company called Global Research Innovation and Technology, or GRIT, which makes the chairs; recently, it donated one to Downing.

The Freedom Chair isn't the only all-terrain wheelchair on the market, but it's the only one made up of bicycle parts to make it easier to replace equipment and its $3000 price tag is cheaper than many of the others being sold.

Downing, who's competed in marathons and triathalons -- including an Ironman triathalon -- uses other specially-designed wheelchairs for races, but she says the new chair is the first to allow her to hike the trails of Colorado with her husband.