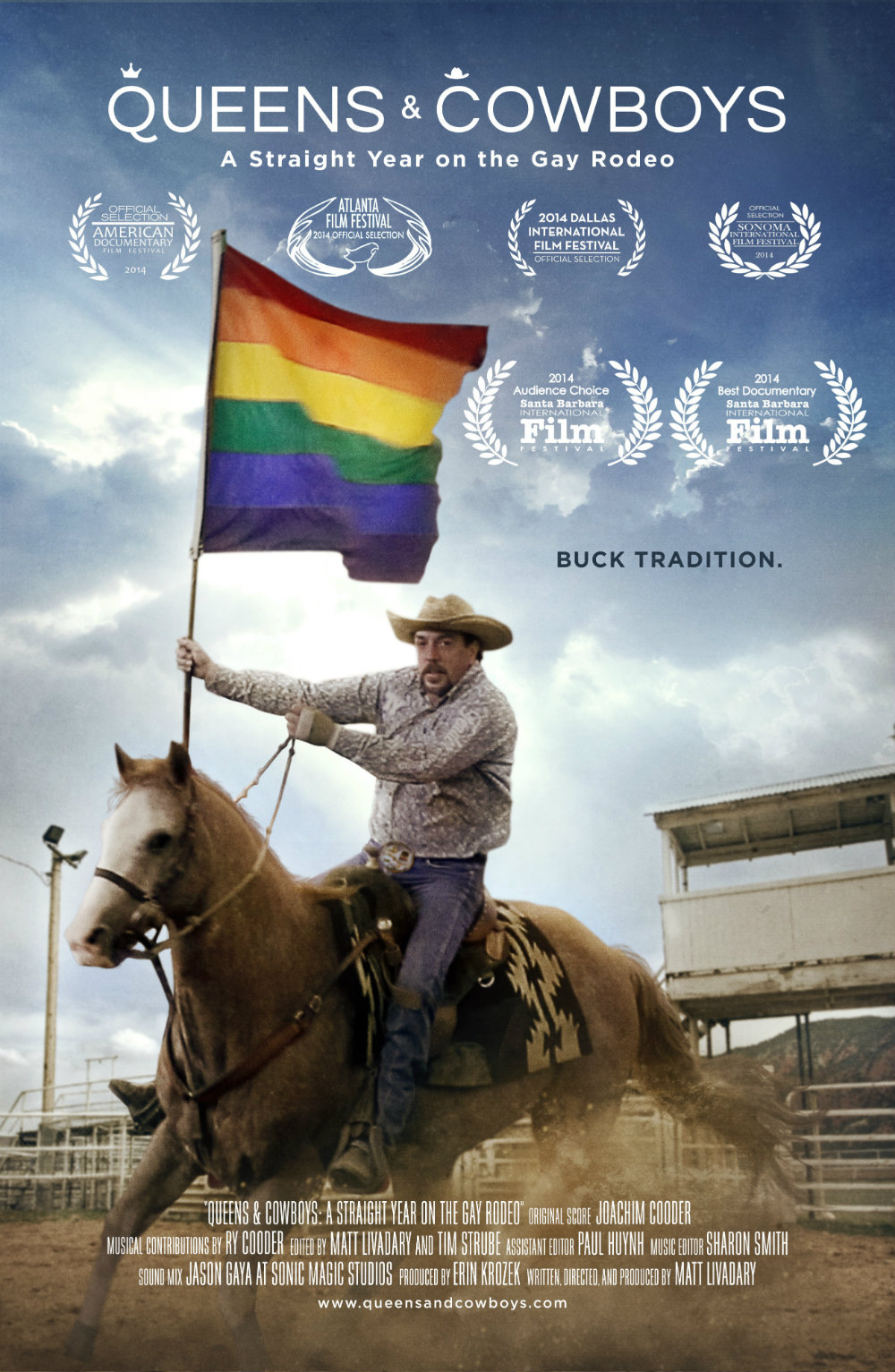 (Photo: Courtesy of Matt Livadary)A new film reveals how hard it can be for gay people to make it in the sport of rodeo. It's so hard that they have created their own rodeo circuit, put on by the International Gay Rodeo Association (IGRA), headquartered in Aurora, Colo.

The circuit started in the 1980s, according to the film "Queens and Cowboys," because gay riders felt they were unwelcome in traditional rodeo events.

The feeling remains today for some riders featured in the film. Chris Sherman grew up in a small town in Oklahoma. He says he received a scholarship from a junior college in his home state to compete in roping. On the first day of practice, he says, no one would rope with him, because they learned he was gay. He lost the scholarship and transferred schools.

The film also features several riders from Colorado, including Char Duran of Aurora, a bull rider. She says bullriding is, "...the scariest rollercoaster you’ve ever been on, but there’s no seatbelts, and you have to hold on with one hand."

"It’s hard for me to separate gay issues and women issues," she says. "I’m an easy target on the traditional circuit because I’m both."

"Queens and Cowboys" has won audience awards this spring at film festivals in Dallas and Santa Barbara. It also won best American Feature Documentary at the American Documentary Film Festival in March. According to writer and director Matt Livadary, the film will make its Colorado debut in May at the Mountain Film Festival in Telluride.

Recently on the national program The Takeaway, former CPR journalist Lee Hill shared his experience from his time here. Hill’s story, as well as feedback from our current staff, has led to deep introspection at Colorado Public Radio. These are hard lessons about the harmful effects of white privilege and implicit bias.
Read the full statement from our President & CEO.