It’s been five years since the state’s costliest flood. In September of 2013, rivers and creeks along the Front Range erupted out of their banks, and more than 1,800 homes were destroyed. Bridges and roads were washed away, and entire towns were under evacuation notice for months. Two-dozen counties were impacted, and damages totaled more than $4 billion.

To commemorate the anniversary, Gov. John Hickenlooper visited Lyons—a small town in Boulder County that was especially impacted by the floods. He spoke to a gathering of residents, and shared some of his mother’s wisdom.

“You can’t control what God throws your way,” Hickenlooper said. “But you can control whether it makes you stronger or better.”

In a literal sense, there are parts of Lyons that will be stronger and better as some infrastructure is rebuilt to better withstand future disasters.

But while millions of dollars have been spent on water systems and bridges, there are some who feel the flood left rifts in the community that still need repair.

A Sense Of Being Left Behind By Their Own Home

Amanda Anderson was a single mother when she bought a mobile home 11 years ago in one of Lyons’ two trailer parks. Both parks were destroyed in the floods, and dozens of people were left without options. They couldn’t rebuild, and the water had washed away what was left of the affordable housing in town. More than 100 people eventually moved away from Lyons.

“A lot of my community is gone,” Anderson said.

“We miss them very much,” added Danny Shafer, Anderson’s husband. “And that's where the tears start for me.”

The family decided to rent in Lyons after the flood, but they knew the only way they could stay was if the lost affordable housing was eventually replaced. The average home price in Lyons had ballooned to more than $600,000.

Earlier this year, Anderson and Shafer were close to moving out of the state entirely. That’s when they found out they were approved for one of six new Habitat for Humanity homes being built in Lyons.

The units will be located off Highway 36 near the entrance to town, and are currently the only new affordable housing project in Lyons since the flood. Anderson had held out hope for more options. She recalls a town meeting immediately after the flood, where a town official made a promise to “bring everyone home.”

“The promise wasn’t kept,” Anderson said. “I watched every one that I loved and that I lived next to move away.”

The town tried to find more housing options. But in 2015, Lyons voters rejected a plan to use public park land to build 60 affordable housing units for displaced residents. Anderson and Shafer believe the vote exposed a divide between “the haves and the have nots” in the community.

“I would think that people feel wounded and hurt by the town. And betrayed,” Shafer said. “And I can't say I blame them.”

Victoria Simonsen is the town administrator for Lyons. She says the no vote on affordable housing was, “probably one of the lowest moments in my tenure here.”

“And it’s been a struggle ever since,” Simonsen said. “That was very disheartening to people that had lived here prior to the flood. They kind of got this message that we weren't willing to give up a park for you to stay part of our community.”

The town is still working to return displaced residents to Lyons. Simonsen said it’s been difficult to find land now that a third of it is in the newly remapped floodplain, which means property is now expensive or off-limits to build on.

But the town is now in negotiations to buy land large enough for 40 affordable housing units. If the project gets the greenlight, Simonsen said she’ll reach out to everyone she knows who moved away or is still in need of a home. She said many people are “accepting situations that they weren’t prior to the flood,” like renting a single room or a space in a garage.

She wants them to feel part of the community again, but it’s a changed community. There are lots of new faces in town. A fourth of Lyons residents have moved here since the flood, and the average median income is now more than $90,000.

“That is not what people who lived in Lyons prior to the flood wanted,” Simonsen said. “They wanted to remain a quirky, artsy, musical town made up of very creative people that often struggle to make a living. And that layer was lost.”

With No Other Options, Long-Time Residents Leave Lyons

Simonsen hopes affordable housing will bring that community back, but she realizes some people won’t want to return.

That includes Donna Boone, who is 73 and has owned The Hair Company in Lyons for more than 30 years. Boone’s business wasn’t hit by the flood, but her mobile home was destroyed.

She now commutes to her salon from Loveland, where she bought a new mobile home. The drive takes her more than 30 minutes each way. But after the no vote on affordable housing in 2015, Boone didn’t see a way to stay in Lyons.

“It broke my heart because I figured I'd live and work here until the day I die,” Boone said. “It seems that the people who are low income are being forced out because they can't afford to live here.”

Boone said even if the town offered her affordable housing in Lyons, she wouldn’t take it now. She’s settled in Loveland, and will even sell her salon if she can find a buyer.

“It's not how I wanted to do it, but time has taken toll on me,” Boone said.

While Boone’s new home in Loveland isn’t too far, other Lyons residents moved out of the state entirely. 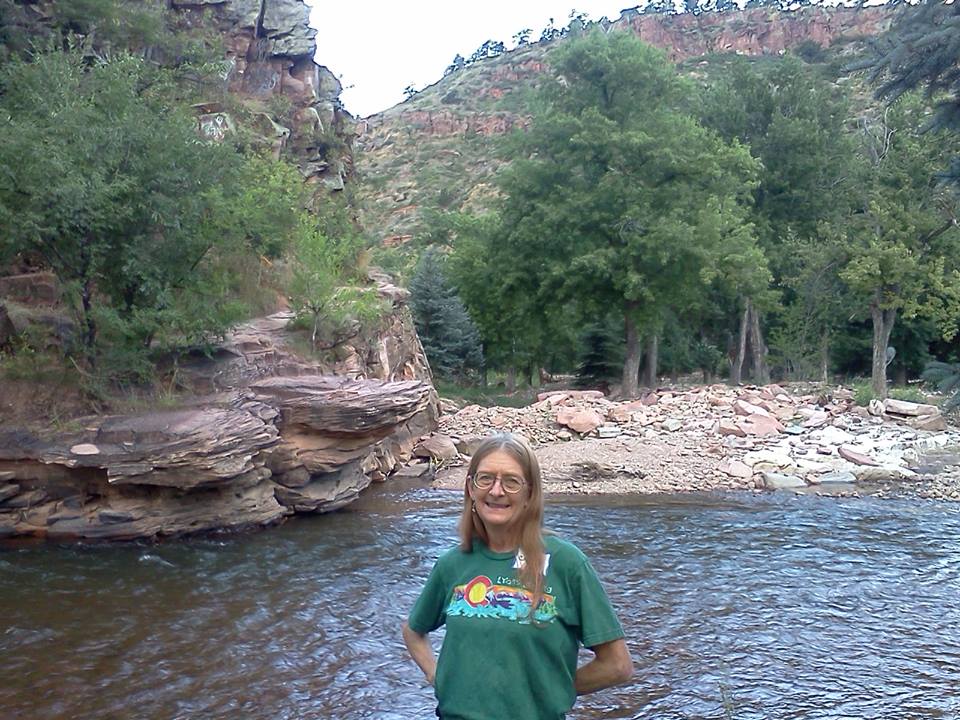 Carrie Gonzales worked at, and later owned, a honey store in Lyons for nearly 20 years. Gonzales’ mobile home was lost in the flood, and she said she burned up her FEMA housing grant by renting in Lyons. She stayed for awhile to try and fight for the building of a new mobile home park and to continue running her business.

“I started getting customers in the store who were moving into the more expensive homes, and bopping into the store and going, ‘Oh, there was a flood here? When?,’” Gonzales says. “That was a slap in the face ... It was starting to get hard to stomach.”

With a second wave of FEMA money and the realization that no new mobile home was coming, Gonzales and her partner sold the honey business and moved to Raton, New Mexico in the summer of 2017.

Unlike Lyons, Gonzales describes Raton as a “dying town,” and the people there were excited for new residents—and a new honey store.

“It was such an opposite feeling that we were getting from the town of Lyons,” Gonzales said. “It wasn't any one person or one entity, but it was the town as a whole, you know. It felt like it turned it back on us. We were there when nobody wanted to be there, that's why we moved to Lyons because it was the only place we could afford. And we made a community out of the place nobody wanted to be.”

For Those Who Remain, A Sense Of Survivor's Guilt

Even those who were able to afford to stay in Lyons see how town relationships have changed. Dr. Joseph Meckle has been the local chiropractor since 1984, and his home and business are under the same roof.

His neighborhood sits right along the St. Vrain Creek, and his property was almost completely destroyed. Meckle decided to rebuild, and said that process was “the worst part of the flood.”

“The town held us up a long time,” Meckle said. “They just didn’t have the engineer there to work with us. They would reject our applications, and we would say, ‘What do you want me to do to fix it?’ And they would say, ‘We can’t tell you that.’”

With each rejection, rebuilding was delayed.

“There's nothing more emotionally wrenching then waking up at two or three in the morning, night after night, that your life is on hold because of this bureaucratic nightmare.” 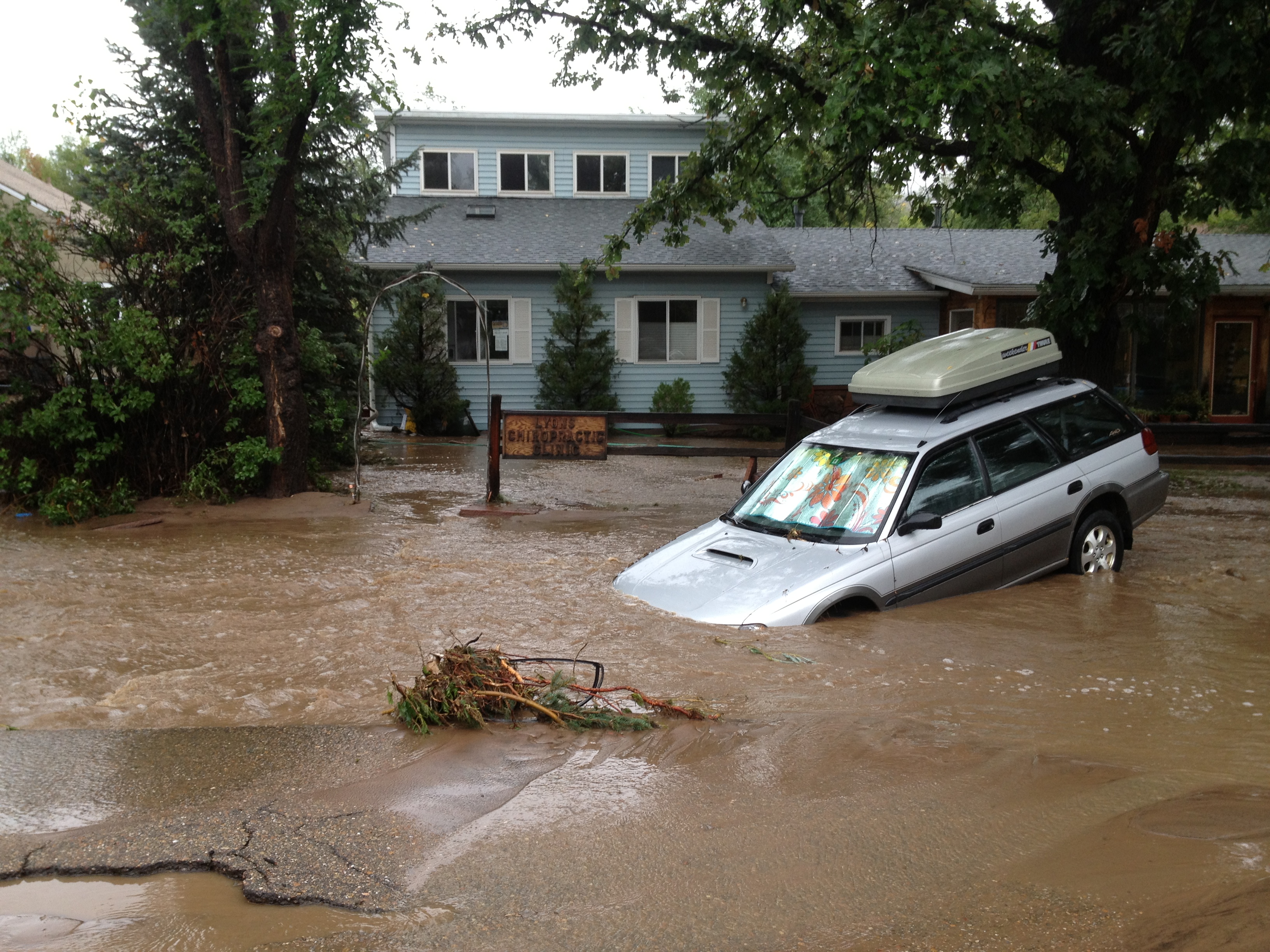 “There's a lot of people on our street that just don't go into Town Hall. They’ve got really bad feelings about it,” Meckel said. And I’ve got to say, I'm probably one of those people. I don't really want to go in to Town Hall much.”

Town administrator Simonsen recognizes the process was a challenge. She said the town doesn’t have a building inspection department on staff.“And it was very frustrating when you add that to the emotions involved in the event,” she said. “It was painful, but I hope we did it right...” in the event of another flood.

Meckle said the hard feelings are starting to fade and that, in some ways, the flood brought out the best in his community—like the volunteers who helped rebuild the town, and his longtime patients that continued to support his business throughout the recovery.

But he wishes some things were different. He said he understands that Town Hall “was juggling a tremendous amount of stuff,” with multi-millions grants and project deadlines on rebuilding infrastructure.

“[But] those of us down here in ground zero that were trying to rebuild, we’re not at the top of the list. And you know, bringing back people and helping them build their homes if they’re determined to come back should have been forefront,” Meckler said.

Danny Shafer and Amanda Anderson, the recipients of the Habitat for Humanity home, feel the same way. Anderson said if the town’s affordable housing can bring familiar faces back to Lyons, “It would feel like an actual, real flood recovery.”

Five years after the flood, Shafer had advice to share.